Saw these "cupolas" throughout Iowa, Illinois, and Indiana. Had me scratching my head a bit, and took a while to find what they were because I was searching for "historical Iowa barns" or "pioneer Iowa barns" and turns out they're a much later generation: 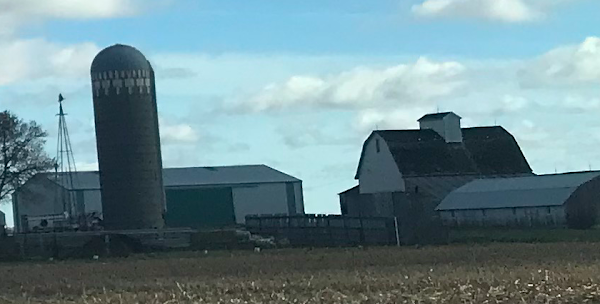 They're actually "elevator head houses" on large corn cribs that were introduced around 1935 and obsolete by 1965.

Corn originally was picked by hand and thrown into horse drawn wagons. At the corn crib, they'd likewise be emptied by hand.

As tractors and one-row mechanical corn pickers became more common as the nation recovered from the depression they picked corn faster than people could unload it -- your machines would be sitting idle waiting to unload. So they mechanized the cribs to quickly unload wagons, thus the elavator.

Corn would dry in the crib, and be shelled later in a separate operation.

Meanwhile, combine technology marched on -- John Deere introduced their first self propelled combine in 1946 (Model 55), and in 1957(?) introduced a corn head for the Model 55. The corn head would pick and shell in one step. Grain bins replaced corn cribs, and electric fans and propane heaters would dry the corn further if needed.

This was one of only several things happening in farming shortly before and after WWII that fundamentally changed rural landscapes.

If you took a "typical" Iowa (or any other midwest corn belt farm) from 1850 to 1940 you'd characterize it as around 160 acres, 40% of which was dedicated to pasture, oats, and other animal feeds. Productivity remained relatively steady -- somethings became more efficient; horses replaced oxen as better equipment was invented but overall it wasn't a radical change.

Here's the numbers from 1900 -- 9.2MM acres out of 22MM acres were either oats or pasture...and as much as I like a warm bowl of oatmeal occassionally, that's predominantly horsefeed. 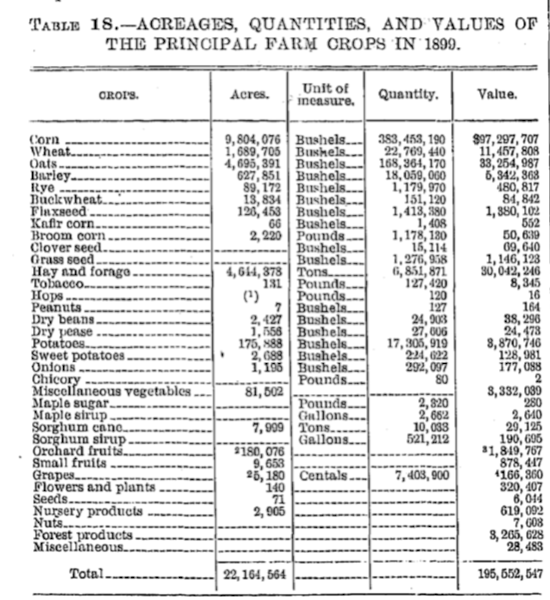 But 1935 was on the cusp of a dramatic and sustained change: 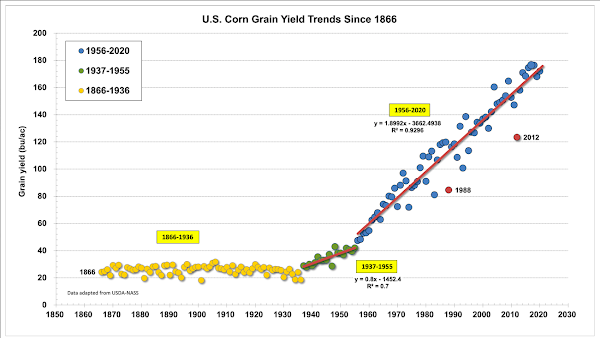 In the late 1930s the research of land grant universities and corporations started to pay off in terms of production -- better management of soil (including things like tiling to remove excess water in the spring), mechanization, introduction of hybrid seeds, pesticides, and fertilizers all had effects.

This started a trend of if not planned obsolesences then at least a pattern of functional obsolence.

As corn (and other crop) yields have increased, the equipment that could handle to older plants just can't keep up with the new stuff. You'll see this often on Youtube and other videos of folks trying to operate antique equipment. Corn pickers from the age of open pollinated corn simply plug up on modern hybrids. Combines today aren't just doing more acres per hour...they're handling five times as many bushels per acre. "Grain trucks" used to be long framed straight trucks, but now they need to be tractor trailers to keep up with the speed grain is coming off the fields. Since 1900 the U.S. population has increased 4.5 times, while Iowa's corn production increased 15 times.

After WWII, Iowa moved decisively from small mixed farms (often growing crops for livestock and selling the livestock) to cash crop farms focused on corn and soybean. The old 160 acre farm that had been typical for a century today is considered a minimum of 1500 acres in production for a full-time farmer.

In a few places I saw the clumps of trees around old farmsteads still dotting the landscape -- whoever know farmed that area had not bothered to remove the buildings, foundations, fill wells, etc. to turn them into continous fields. Other areas no doubt this work had been done.

Other places the silos still stand testifying to small dairy farms that have long since seen Iowa's dairy industry consolidate into a few but much larger farms.

(And a bit of a complaint, it doesn't seem the main agricultural statistics really account for the changes to modern ways -- too many small "hobby" farms are still counted, as well as farms either leased out to larger operators, or farms operated part-time where the owner has a regular job with a schedule structured around extra time off in planting and harvesting season. These distort the level of change by making the "average" farm be smaller than reality.)

Oh, and while I was googling around some statistics I stumbled on this map and it immediately reminded me how much it aligned in the density of of foreign born in 1900 with the "eleven nations" map: 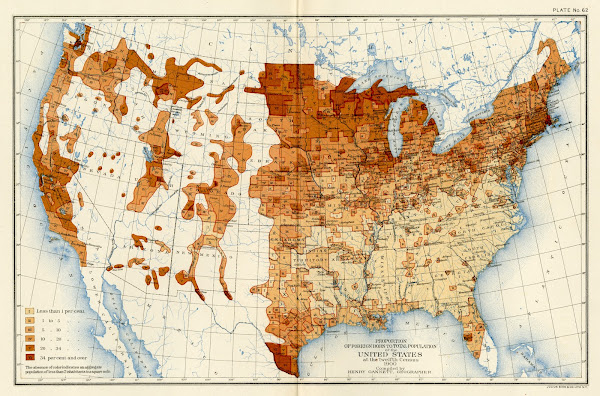 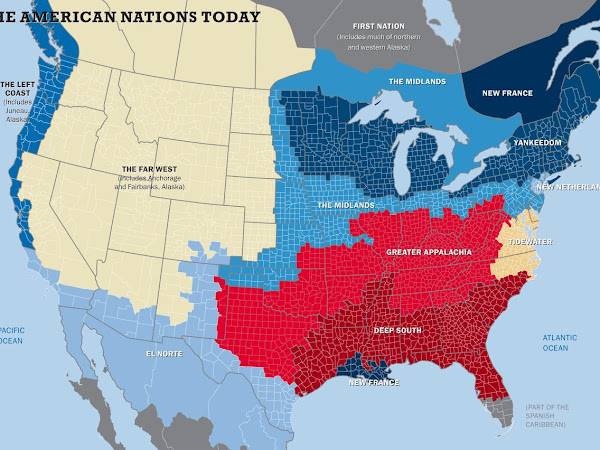