When you hear something rolling down the aisle at work and it's a Christmas tree going by...

When you are shopping the day before 4-8" of snow is forecast, and you find Nirvana:

When you wake up the morning of a 4-8", and from the bedroom window you're suspicious so you pee then go open the front door...

Ended up 14" of light and fluffy. Crappy photo, but it looked gorgeous in person -- had a coyote in the woods past the swim pond.

Restocking the garage bar...gingerale was just out in case Eric needed a mixer.

Got most of the Jeep vacuumed and re-arranged. Need to work on the tools behind the seat a little more.

And got the oil changed. Sort of. Needed it desperately, didn't have the right weight or the right filter. But I threw some 5w30 in for now which is fine, and I'll do a short interval oil change. Probably good to do that anyways.

Probably try and put it in next weekend for another round --
-- Rotate tires
-- While tires are off, need to grease front u-joints, and the passenger side has one steering fitting I can't reach with the tire on ramps
-- Check the rear diff
-- Air filter
-- Probably just replace the oil filter one night after work this week, and give the oil a couple weeks before I change it.

Well here is a bit of Brooklyn, Connecticut history I did not know until today -- when a post in Plainfield history facebook page of old "this date in local history" from a local paper (probably from 50 years ago even at that time) had a one line mention "Brooklyn Man, Lipponen goes beserk, kills several before hanging himself."

Victor Lipponen had some sort of pyschotic break following the birth of new child. Saturday evening his wife reported he started paranoid talk about people out to kill him, and Sunday afternoon murdered his newborn son, a nurse, and two neighbors, gravely injured his wife and injured several other neighbors.

They lived on southside of present day Route 6, west of Windham Road and east of the west end of Appell Road. (I know a street number I'm pretty sure it is from following land records...we'll skip publishing that here though.)
I was able to find the following two are listed as buried in South Cemetery:
Lipponen, Paavo, son of Victor, born 1920, died 1920
Lipponen, Victor, born 1889, died 1920

Three others I did not find cemetery records:
Selma Louniala; nurse killed at the Lipponen house
Elsie Kimber
Christian Ritter

However public records confirm their deaths:

There is no mention in the news articles of her being injured or spared; not sure if they sent the young kid away simply to relieve work on the new mother, or if maybe she was already sick (adding stress on the family situation) and sent away from the infant.

The wife did survive grave injuries, as she and not her estate is listed as selling the farm a couple years later.

First the short article from overseas, I will follow it with the Norwich Bulletin article from 19 January 1920 divided up in sections for easier reading online:

From the Norwich Bulletin:

Even a century ago "The Brickhouse" was part of giving directions along Route 6!

That would be my great-uncle Serge J. and Josephine H. Doyen's place on present day Route 6. This the Serge who would be the scion of the Fisher Island Doyen branch of the family. I'm not certain the exact location without more research, but it was on the northside of Route 6 somewhere in the vicinity of the "ox bow" of the short abandoned stretch of Route 6 to possibly the first place west of Cherry Hill. He bought it as a 21 or 22 year old in 1919.

In addition to the mentioned Deputy Sheriff, Harry Lathrop was a Town Constable in 1920. Connecticut State Police did not start building out their rural troops around the perimeter of the state until 1921. (Troop D in Danielson I think was on the early side; it was there by '24).

The DeCarlo place was on the east side of Stetson, immediately north of Robbins Road. 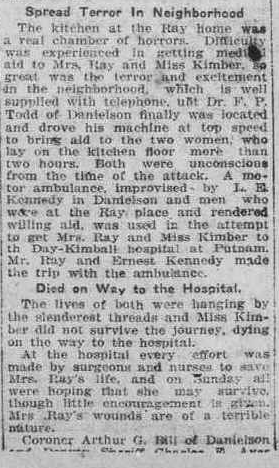 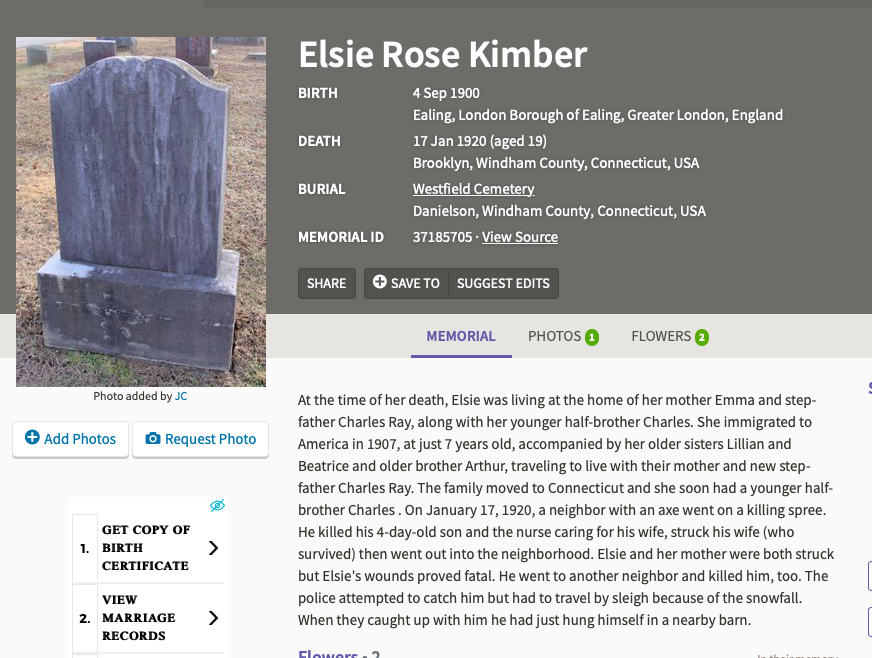