The Proper Pronounciation of Canada Parish

So I knew Hampton, Connecticut was originally "Canada Parish" of Windham.

It was named, at least indirectly, after the first settler in the Little River Valley, David Canada, whose father Daniel purchased land there in 1709 after first arriving in Canterbury and being disappointed that land speculators had already bought up the best land in the Quinebaug Valley went west over the next ridge.

Then I was reading Early homesteads of Pomfret and Hampton and saw this:

in the vernacular of the times they named the settlement "Kennedy" in honor of David Canada,

That raised an eyebrow and a check of the etymology of Kennedy:

Kennedy is an Anglicised form of Cinnéidigh,

In a time well before standardized spelling, Canada pronounced as Cinnéidigh (or Canaday) rather than as the Iroquoian word Kanata that named the nation to our north makes sense.

This made me chuckle today: 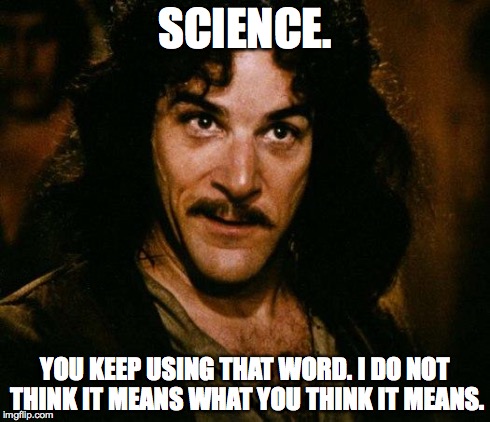 Now onto the science of guns...yeah, there is some science despite it being one of the biggest hot-stove topics in existence.

Mostly some reference stuff for me I collected while wasting time tonight...since over the years I've read a lot, but it's tough trying to figure out an apples-to-apples without actually writing it down for yourself and looking all the information in one place. I may not have chosen historically absolutely accurate loads for this comparison, but in relative terms I'm sure we're in the ballpark.

If we go back to the Philippines Resurrection, the new .38 Colts were hated by the Army as wholly inadequate as a "man-stopper:"

Ten-X Cowboy Ammunition 38 Long Colt 150 Grain Lead Hollow Base Flat Point
Caliber: 38 Long Colt
Bullet Weight: 158 Grains
Muzzle Velocity: 700 fps (The speed of sound is 1125 fps...anything over that is MUCH louder as you get a sonic boom. They go from about 155dB for a strong subsonic loud, to about 165dB for a .357 Magnum class loads -- which is 10 times louder absolutely, and twice as loud to human perception.)
Muzzle Energy: 172 ft lbs

And I would say at the end of the day, muzzle energy (i.e. Force = Mass x Velocity) is the the most basic way to compare different ammunition loads.

So the Army wanted something more like the .45 Colts they had had:

So the .45 Automatic was developed:

.45 ACP is one of the two consensus "man-stoppers"...the other developed about 20 years later being the .357 Magnum:

But that high muzzle velocity requires a very strong gun, and since Newton has told us every action has an equal and opposite reaction, there is a strong kickback with a .357 Magnum.

At the time the .357 Magnum was developed and for many years after a lot of police departments carried .38 Special -- it was better than the .38 Colt of the Philippines days. But it doesn't have the reputation as a "Man-Stopper."

(An advantage of a .357 Magnum pistol though is the ability to use .38 Special ammunition to practice and become proficient with your mechanics, especially good feature for "your first pistol.")

Meanwhile, the Europeans really liked their 9mm Luger...which has modern self-defense loads approaching the energy of a classic .45 ACP loading. This becomes a philosophical question -- the .357 Magnum revolver with six shots, high recoil, so relatively long time between shots as the shooter recovers but very effective hits (and the slightly lower recoil .45 ACP introduced with the seven shot M1911)...vs. the 9mm which was introduced with the Browning Hi-Power carrying 13 rounds meant to allow more shots in the same time period even if each shot was individually less effective.

But an advantage of the .44 Special is the lower velocity means lower pressures in the barrel and less kickback. In Dirty Harry's case, the kickback was even less because he carried a hand-cannon intended to handle a much, much higher pressure round (and basically that means more metal thus more weight to handle the pressure):

Recently the FBI wanted something better than a 9mm, something like a .357 Magnum but in a cartridge that could be used in an automatic -- and they developed the .357 Sig:

Looking over that list...the stuff American shooters by consensus consider true "Man-Stoppers" are basically anything over 350 ft. lbs.

For comparison to rifles...

This is roughly the specs of the most common round fired by U.S. troops in World War I, II, and Korea:
Remington UMC Ammunition 30-06 Springfield 150 Grain Full Metal Jacket
Caliber: 30-06 Springfield
Bullet Weight: 150 Grains
Muzzle Velocity: 2910 fps
Muzzle Energy: 2820 ft. lbs. -- which is a Man-and-everything-smaller-than-a-charging-Bull-Moose-stopper.

The .30-06 was shortened a bit into the 7.62 NATO, partially in attempt to create an selective-fire rifle (M14) to replace the semi-automatic M1 Garand rifles of World War II. It was only in widespread use from the early 60s to early 70s, with the 5.56mm firing M16 being the main rifle in use in combat by 1967. However, the M14 has been in resurgence in the more open desert areas which often have longer shots that don't require a sniper, but need more oomph than a 5.56. The M14 is hard to control in automatic fire mode, but it was a real good semi-automatic.

Meanwhile the Soviets also had a 7.62mm for the AK-47, but it is a less powerful round. Wouldn't want to be shot by either, but if you had a choice of being shot by one or the other this is the one you'd pick:

Back to the 5.56 and M16...it's a lot closer to the 7.62x39mm AK-47 in power, than the AK-47 was to the M14. (And along with a less ergonomic stock on the M14, the much more powerful round it fires explains why it was difficult to control in automatic fire while the AK-47 isn't.) Automatic fire isn't meant to kill people -- it's meant as suppressive fire to force people to keep their heads down. The idea of the M16 is to carry a lot more rounds so you can lay down suppressive fire without a heavy single-man machine gun (like the Browning Automatic Rifle of WWII), or a two-man crew served machine gun.
Winchester Ammunition 5.56x45 NATO 62 Grain M855 SS109
Muzzle Velocity: 3100 fps
Muzzle Energy: 1323 ft. lbs.

The .30-30 is a classic that has put a lot of deer in the freezer even if it seems to have an image as an old fuddy-duddy...but it has considerably more punch than an M16 (well, at least if you don't count rate of fire)

And being a Finn, have to mention the .338 Lapua for when you have to reach out and kill someone from a mile-and-a-half away (it's one of the few cartridges ever designed first and foremost as a sniper round.)
Federal Premium Gold Medal Ammunition 338 Lapua Magnum 300 Grain Sierra MatchKing Hollow Point
Caliber: 338 Lapua
Bullet Weight: 300 Grains
Muzzle Velocity: 2580 fps
Muzzle Energy: 4434 ft. lbs.

And the Mother Of All Rifle Rounds...the .50 Browning Machine Gun. I have one of these rounds my Dad brought back from his days in the service just after WWII. It's especially good as an "anti-material" round to do things like disable vehicles and explode previously flagged land mines from a mile away because it was originally meant for vehicle and structure mounted machine guns shooting at equipment like airplanes attacking them.