Not everyone liked FDR

I should research this some more one day. I still remember vividly the day I was working at the Brooklyn Library and mentioned something about Roosevelt and got corrected -- very sternly -- by one of the old ladies of the town (I truly wish I could remember who!). It was the first time I heard criticism of FDR.

A stranger stood at the gate of Hell
And the Devil himself had answered the bell
He looked him over from head to toe
And said "My friend, I’d like to know
What you have done in the line of sin
To entitle you to come within?"
Then Franklin D. with his usual guile
Stepped forth and flashed his toothy smile.
"When I took over in ’33,
A nation’s faith was mine", said he
"I promised this and I promised that,
And I calmed them down with a fireside chat.
I spent their money on fishing trips
And I fished from the decks of their battleships.
I gave them jobs on the WPA
Then raised their taxes and took it away.
I raised their wages, then closed their shops,
I killed their pigs and buried their crops.
I double-crossed both young and old
And still the folks my praises told.
I brought back beer and what do you think?
I taxed it so high they couldn’t drink.
I furnished money with good loans
When they missed a payment I took their homes.
When I wanted to punish people, you know,
I put my wife on the radio.
I paid them to let their farms lie still
And imported foodstuffs from Brazil.
And curtailed crops when I felt mean
And shipped in corn from the Argentine.
When they started to worry, stew and fret,
I’d get them to chanting the alphabet.
With the AAA and the NLB
The WPA and the CCC.
With these many units I got their goats
And still I crammed it down their throats
While the taxpayers chewed their fingernails.
When the organizers needed dough
I signed up plants for the CIO.
I ruined their jobs and I ruined their health
And I put the screws on the rich man’s wealth.
And some who couldn’t stand the gaff
Would call me up and how I’d laugh!
When they got too hot on certain things
I’d pack up and head for Warm Springs.
I ruined their country, their homes, and then
Laid the blame on the ‘nine old men’."
Now Franklin talked both long and loud
And the Devil stood with his head bowed.
At last he said "Let’s make it clear,
You’ll have to move, you can’t stay here.
For once you’ve mingled with this mob
I’ll have to hunt myself a job."
Posted by Matt at 12:39 AM No comments:

http://www.ces.ncsu.edu/martin/hogkilling
Posted by Matt at 5:32 PM No comments:

First heavy frost of the year -- at 10:30 am there was still frost on the ground.

The air is still, but quite a few leaves are falling spontaneously from the trees in the woods -- makes an odd crackling sound. One doesn't hear dry, crisp leaves hitting the ground on a breezeless afternoon too often.

Saw three deer in the lower yard, with their darker "winter" coats on.
Posted by Matt at 1:11 PM No comments: 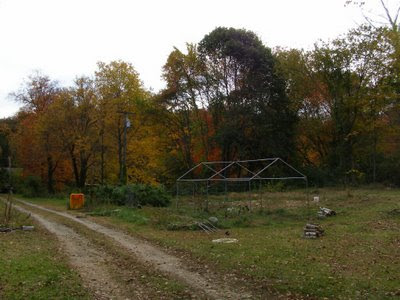 Been busy with work, with the garden, with the fire company, and with following politics since Palin's nomination :)

So I haven't had time to blog much. Be prepared for some catch up.

Frost hit on 10/7, killing the summer squash & tomatoes. I had picked the remaining good green tomatoes the afternoon before the frost.

Lost a lot of tomatoes in September to "exploding" thanks to the frequent, heavy rains later in the month.

Also lost a lot of potatoes from the 2nd planting. Not sure if that was because I was using left over storage potatoes from last year, or if it was due to not picking them soon enough. A lot were rotted, or half-eaten, or green. The half-eaten and green ones at least could be salvaged by cutting off the offending parts.

Made some beef stew this week, using my own taters and celery. Had to buy the rest -- carrots, onions, garlic, sweet peppers, corn, peas, and cortland apples. Hopefully all but the apples will be from my garden next year :)

Having weighed my harvest this year, I'm convinced of the economy to buy a freezer next year!
Posted by Matt at 9:09 PM No comments: 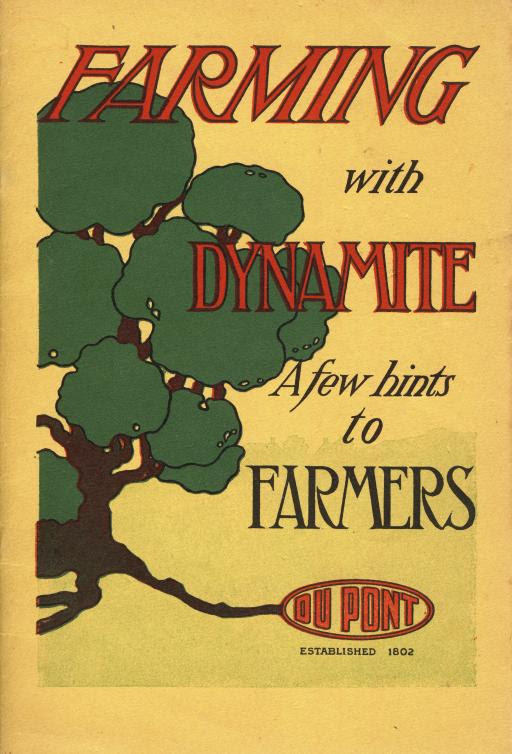 Dear God: Is it on purpose our names are the same, only reversed?

Dear God: Why do humans smell the flowers, but seldom, if ever, smell one another?

Dear God: When we get to heaven, can we sit on your couch? Or is it still the same old story?

Dear God: Why are there cars named after the jaguar, the cougar, the mustang, the colt, the stingray, and the rabbit, but not one named for a dog? How often do you see a cougar riding around? We do love a nice ride! Would it be so hard to rename the 'Chrysler Eagle' the 'Chrysler Beagle'?

Dear God: If a dog barks his head off in the forest and no human hears him, is he still a bad dog?

Dear God: Are there mailmen in heaven? If there are, will I have to apologize?

Dear God: Let me give you a list of just some of the things I must remember to be a good dog.

1. I will not eat the cats' food before they eat it or after they throw it up.

2. I will not roll on dead seagulls, fish, crabs, etc., just because I like the way they smell.

4. The sofa is not a face towel; neither are mom and dad's laps.

5. The garbage collector is not stealing our stuff.

6. I will not play tug-of-war with Dad's underwear when he's on the toilet.

7. Sticking my nose into some one's crotch is an unacceptable way of saying hello.

8. I don't need to suddenly stand straight up when I'm under the coffee table .

9. I must shake the rainwater out of my fur before entering the house, not after.

10. I will not come in from outside and immediately drag my butt across the carpet.

11. I will not sit in the middle of the living room and lick my crotch when we have company.

12. The cat is not a 'squeaky toy' so when I play with him and he makes that noise, it's usually not a good thing.

13. I will not bite the officer's hand when he reaches in for Mom's driver's license and registration.

14. My head does not belong in the refrigerator.

P.S. Dear God: When I get to heaven may I have my testicles back?
Posted by Matt at 11:45 AM No comments: