The storm was associated with significant rainfall -- in Windham County, CT from 12/10 through 12/12 from 3-1/2 to 5" of rain was recorded! Overnight Thursday into Friday morning 1/2 to 3/4" of ice setup in the worst hit areas.

1.25 Million customers lost power in what I believe is was the most catastrophic damage ever to the New England power grid and only rivaled by the 1965 Northeast Blackout for customer outages. There was still significant areas without power 10 days later, and full restoration took some three weeks for isolated customers.

WTAG on Asnebumskit Hill in Paxton lost their power and landline phones -- it was Tuesday I believe before they had full phone service restore. From Friday through the following Friday they suspended their normal programming and instead acted as an information clearinghouse. Without phones, they depended on a single cell phone over the weekend while requesting questions and answers be sent in by text messaging, which they'd then read over the air. A few public officials were put on the radio by holding the cell phone to the radio microphone, hardly a hi fidelity option. 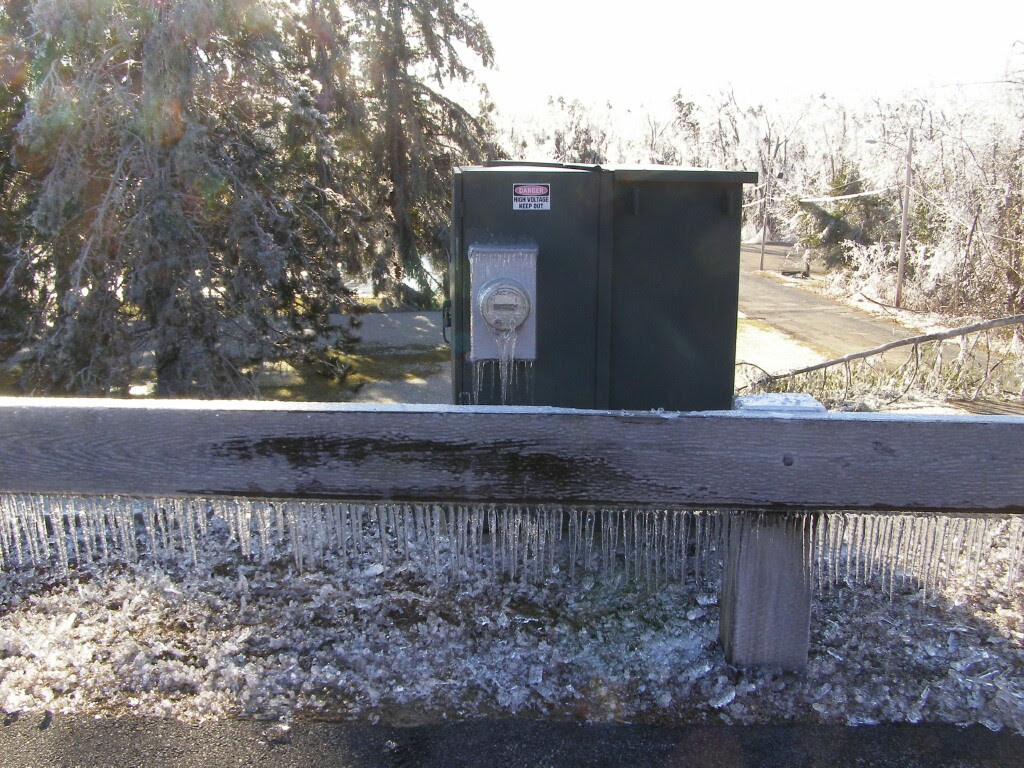 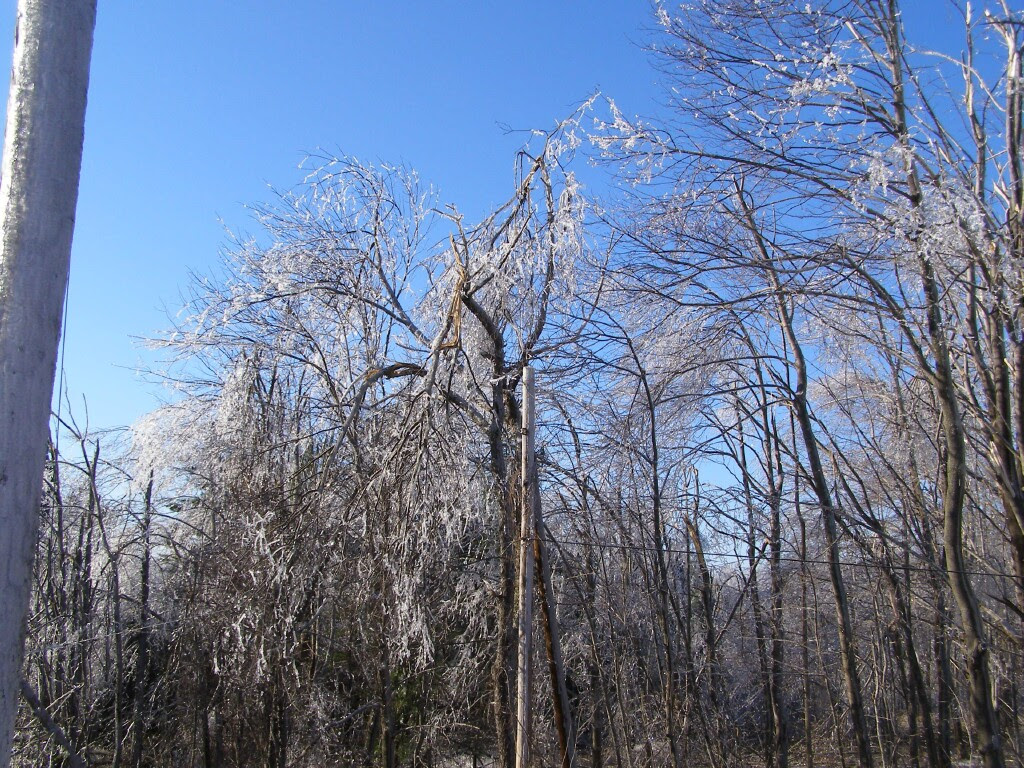 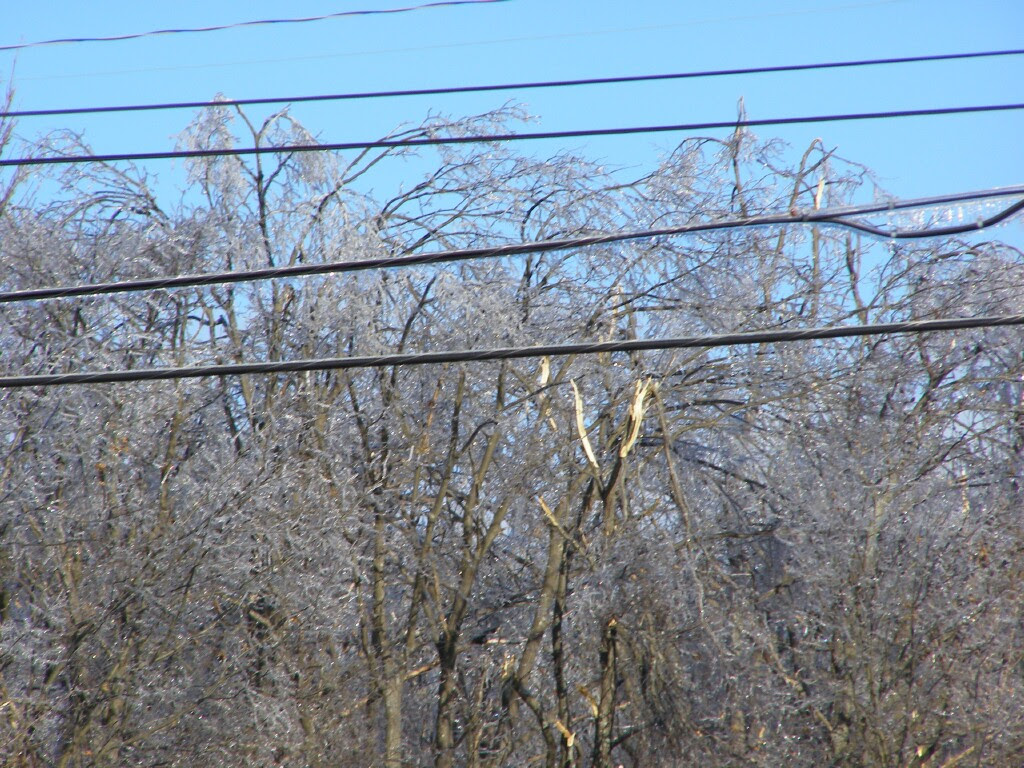 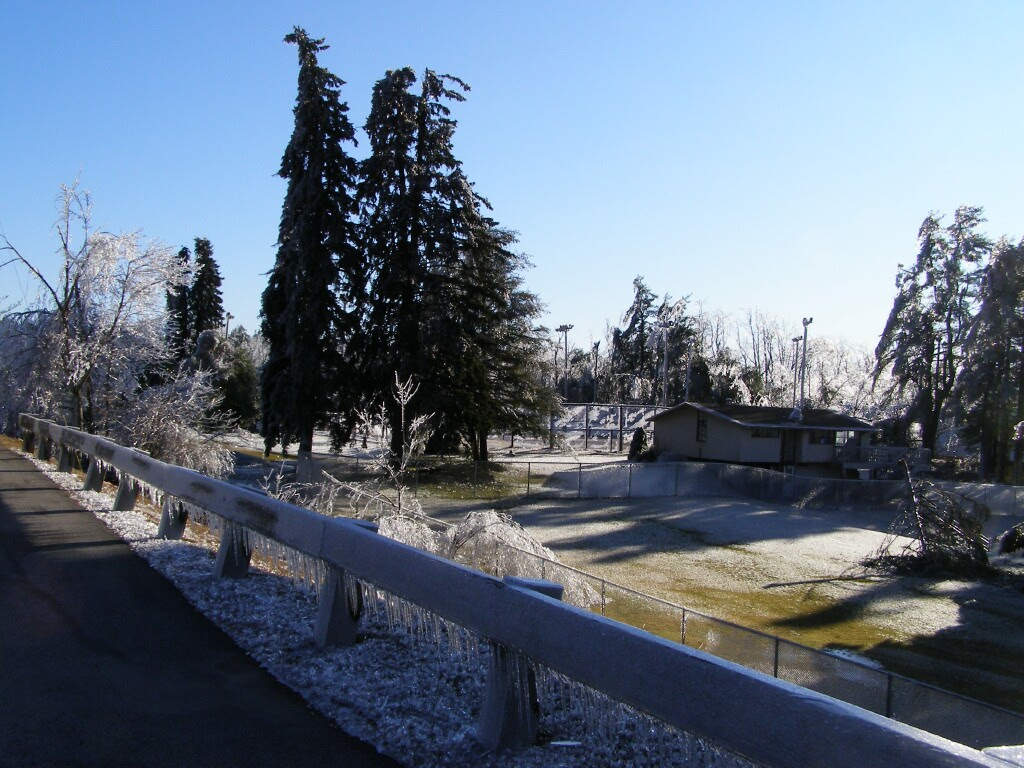 Icing on a white pine. This was a nor'easter -- north and east facing trees took the brunt since the rain was being driven by the wind from that direction, and there where a few more protected spots I passed that you'd see one side of valley with heavy icing, and the other looked like any other winter day. 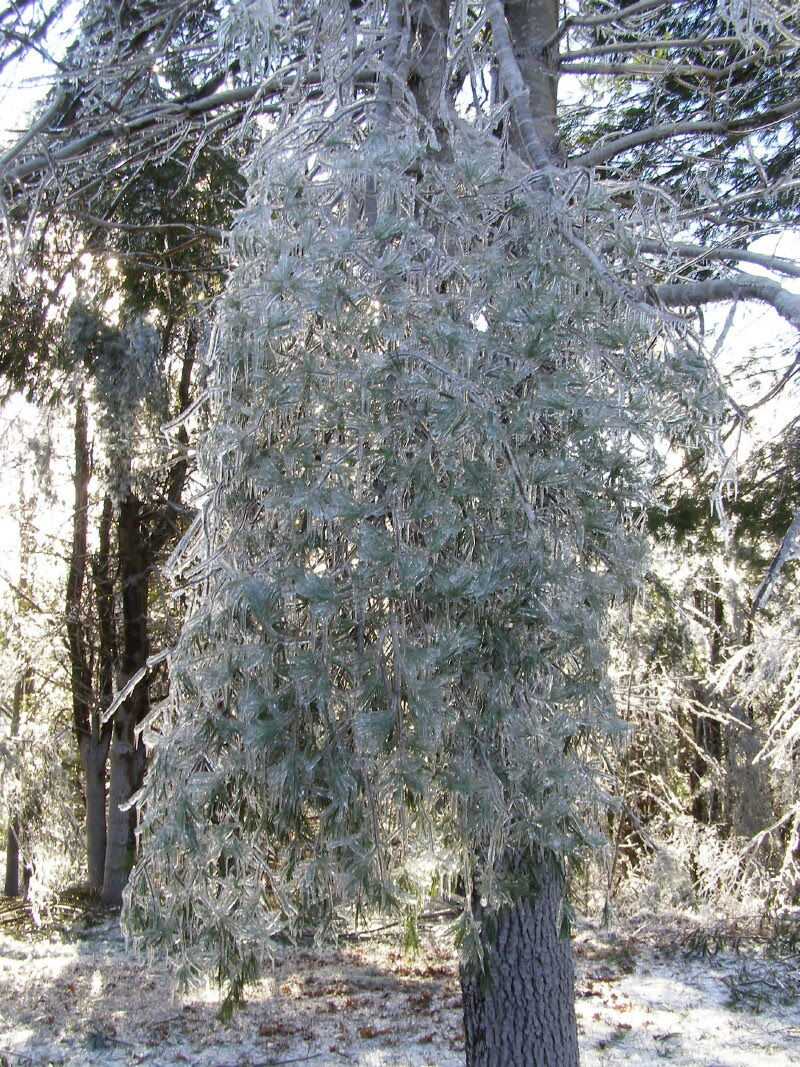 Route 31...still spots where they had just made the road passable but hadn't cleared it yet. 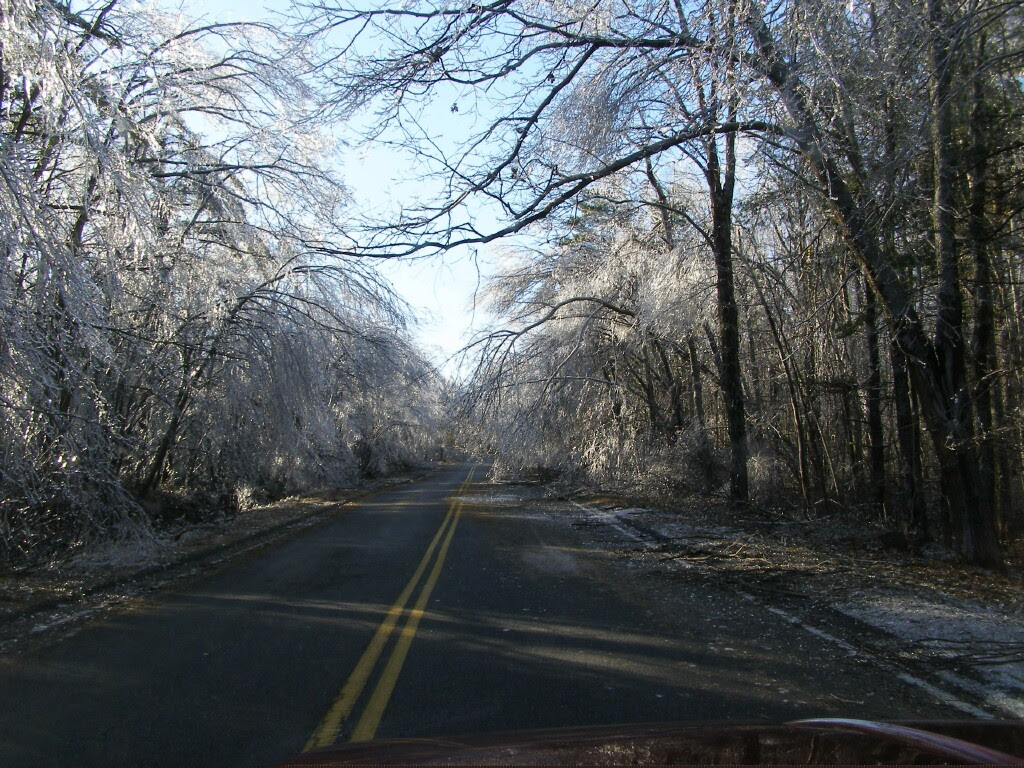