I Sous Vide'd a top round steak on Saturday (along with grilling some chicken) for this week's protein. I do it in my Igloo cooler, using a candy thermometer to check the water temperature till it's 135 degrees for medium rare. This came out a bit rarer, maybe a thicker, heavier cut of meat than I am used to? 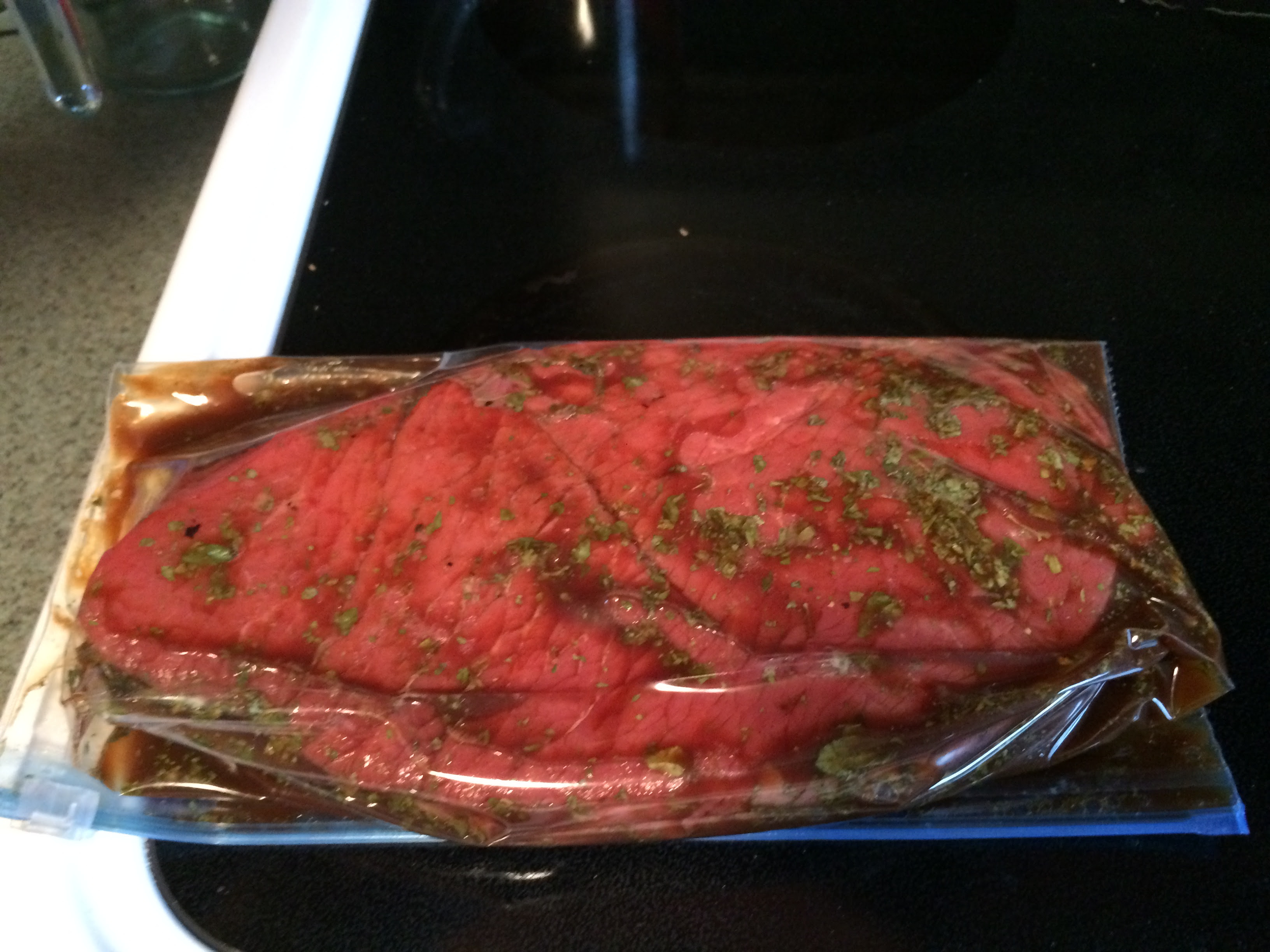 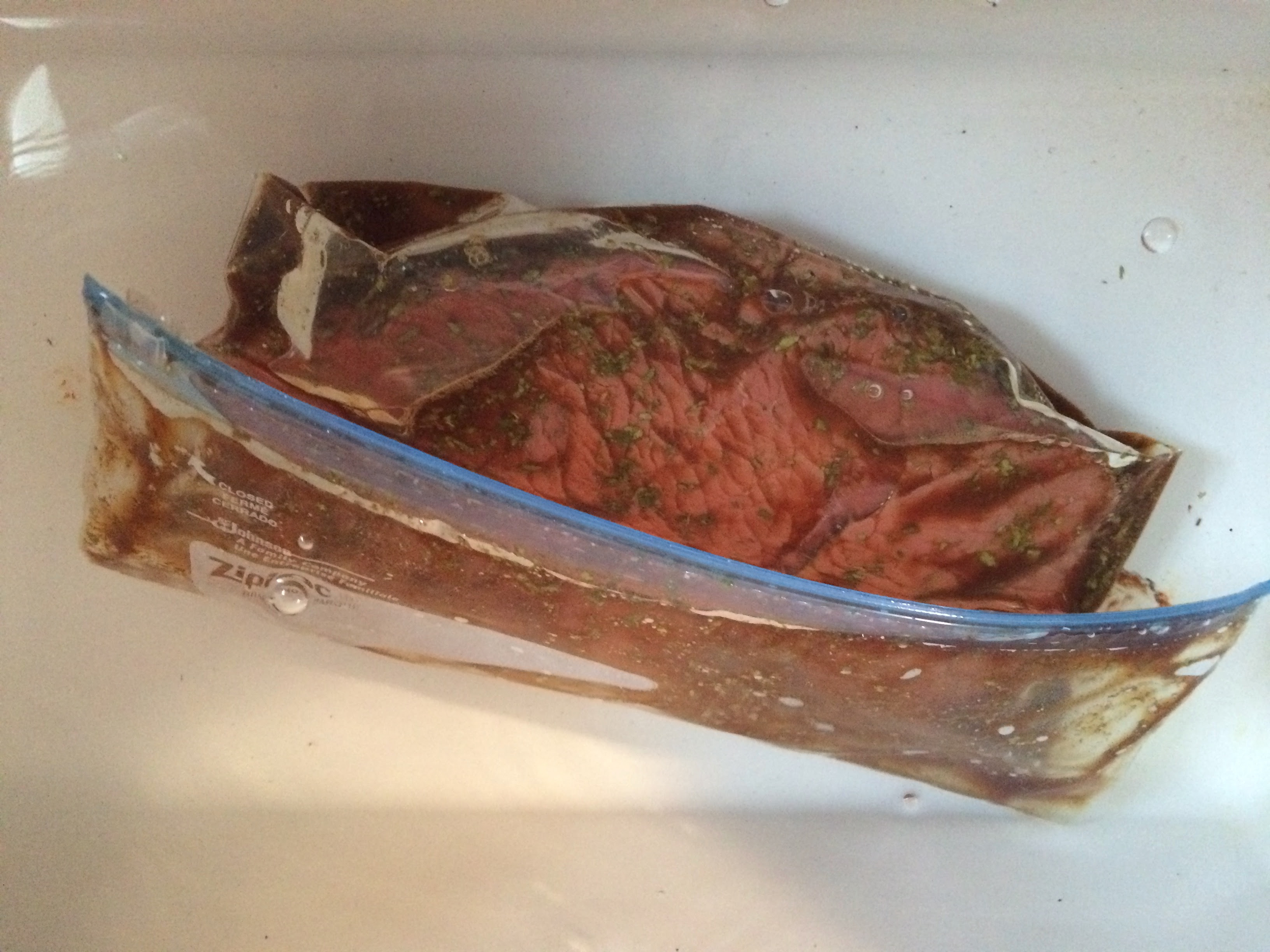 But damn it comes out so good! The water bath cooks it, then it goes on the grill for a minute on a side to brown it. Damn look at those grill marks :D 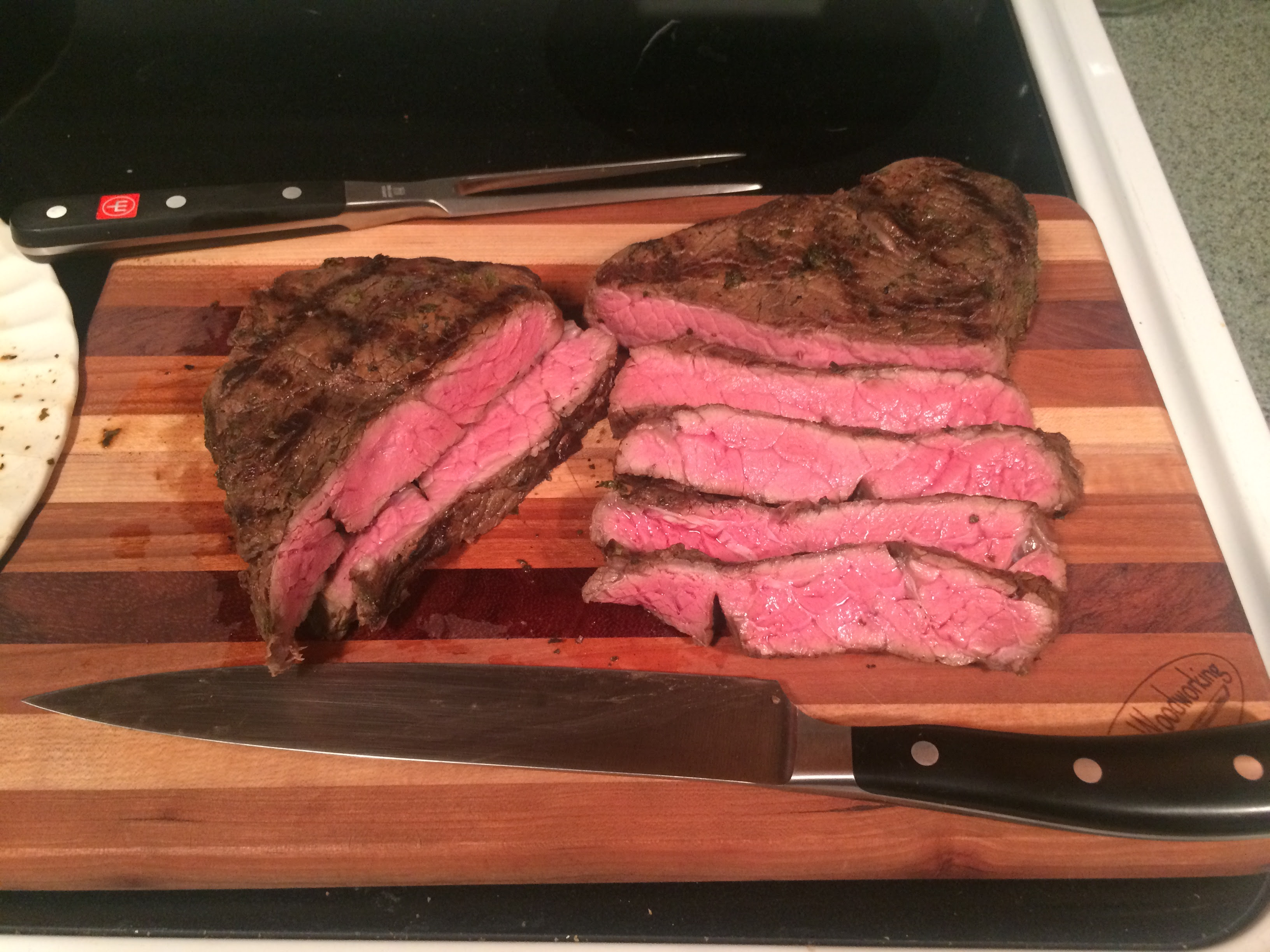 Christmas I made a Pulla...though I must've mis-counted the cups of flour and had to add more water as I mixed they came out pretty good. Mom said they were a little dense, which I think may have been the water as liquid instead of exclusively milk and eggs that normally provide all the liquid.

It was pretty mild out, so the house was only about 58 and I didn't feel like cranking up the wood stove since that would have made it too hot in the afternoon...but it also meant the only "warm" spot for the dough to rise was next to the stove. 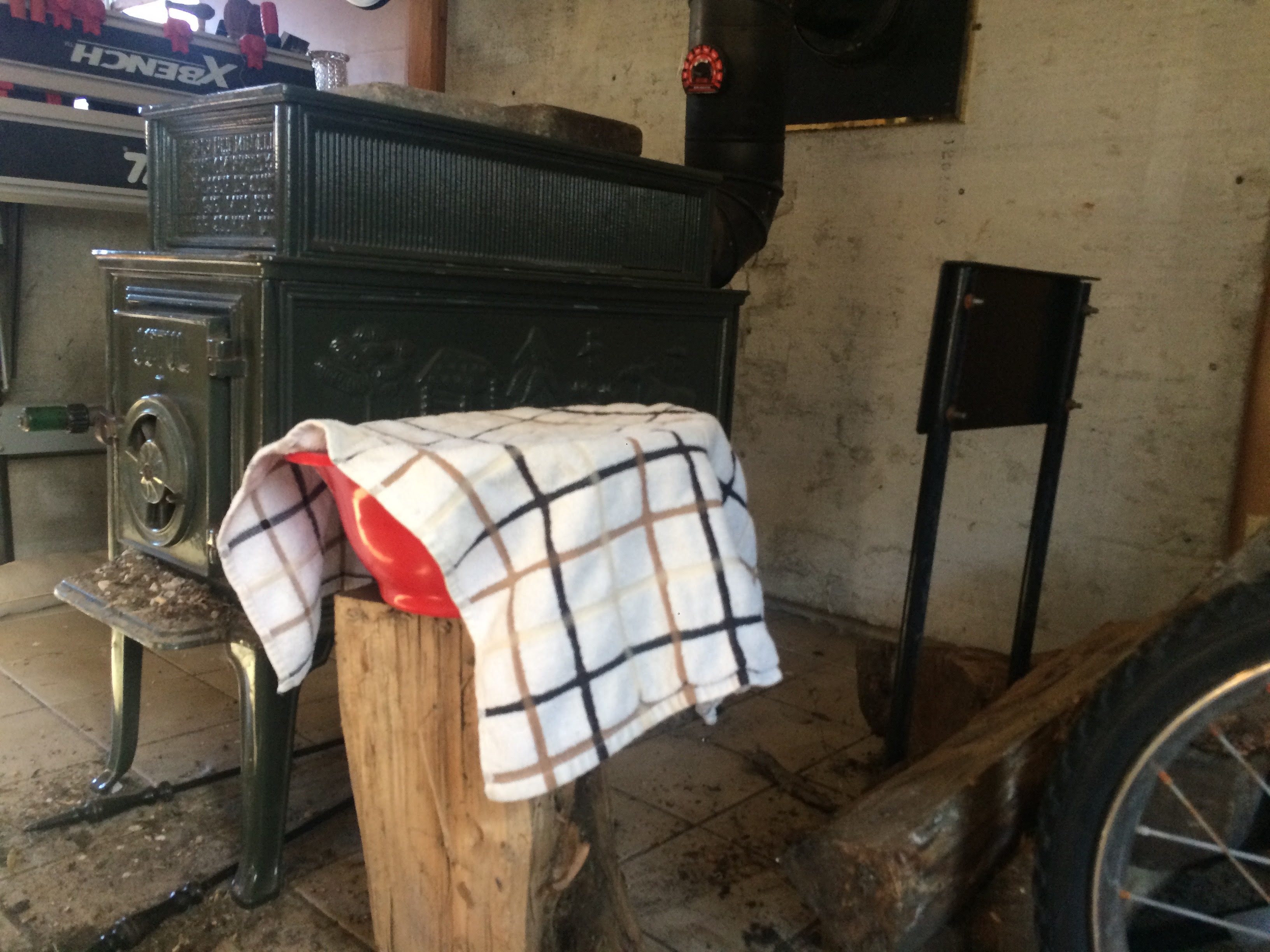 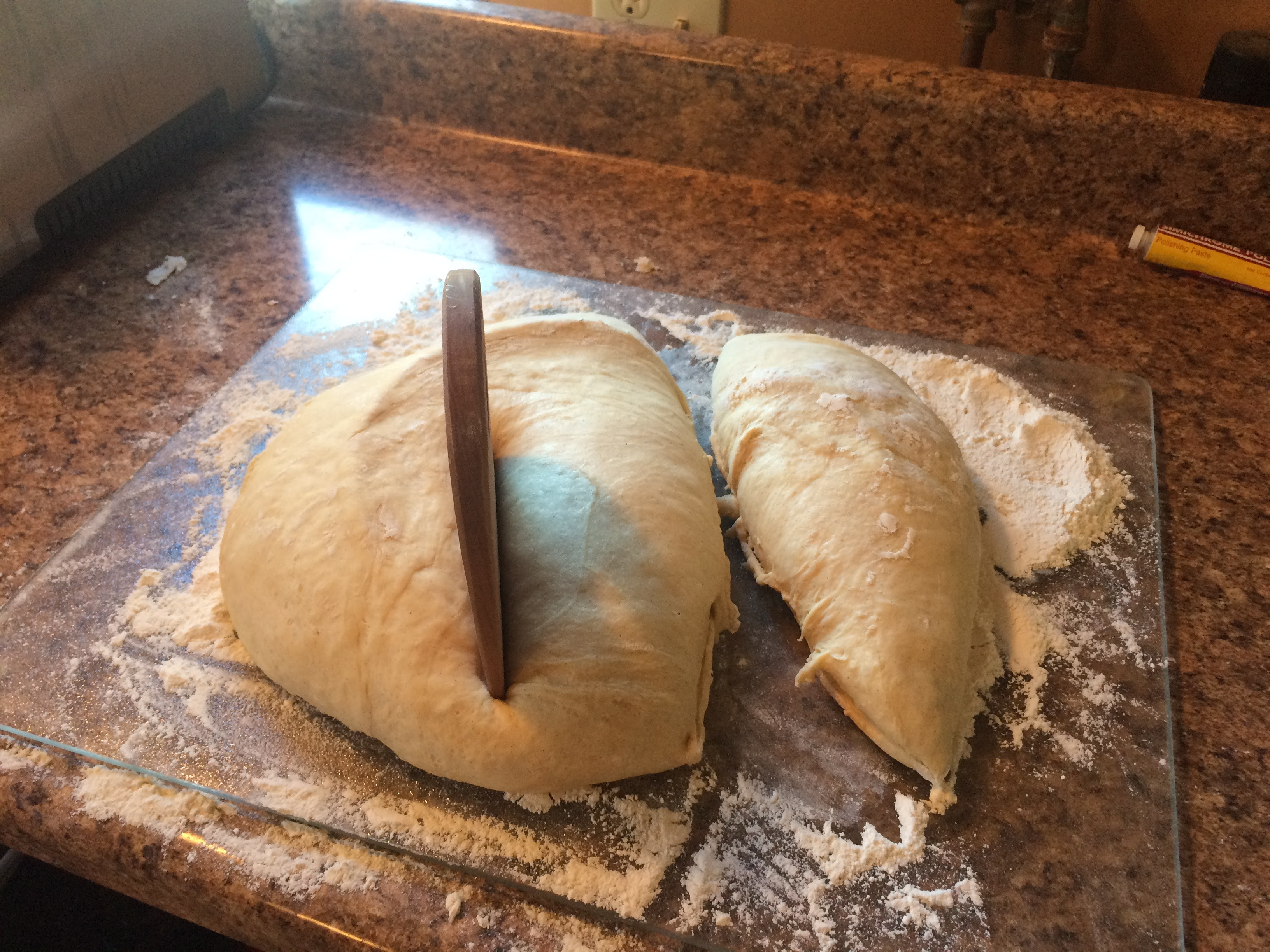 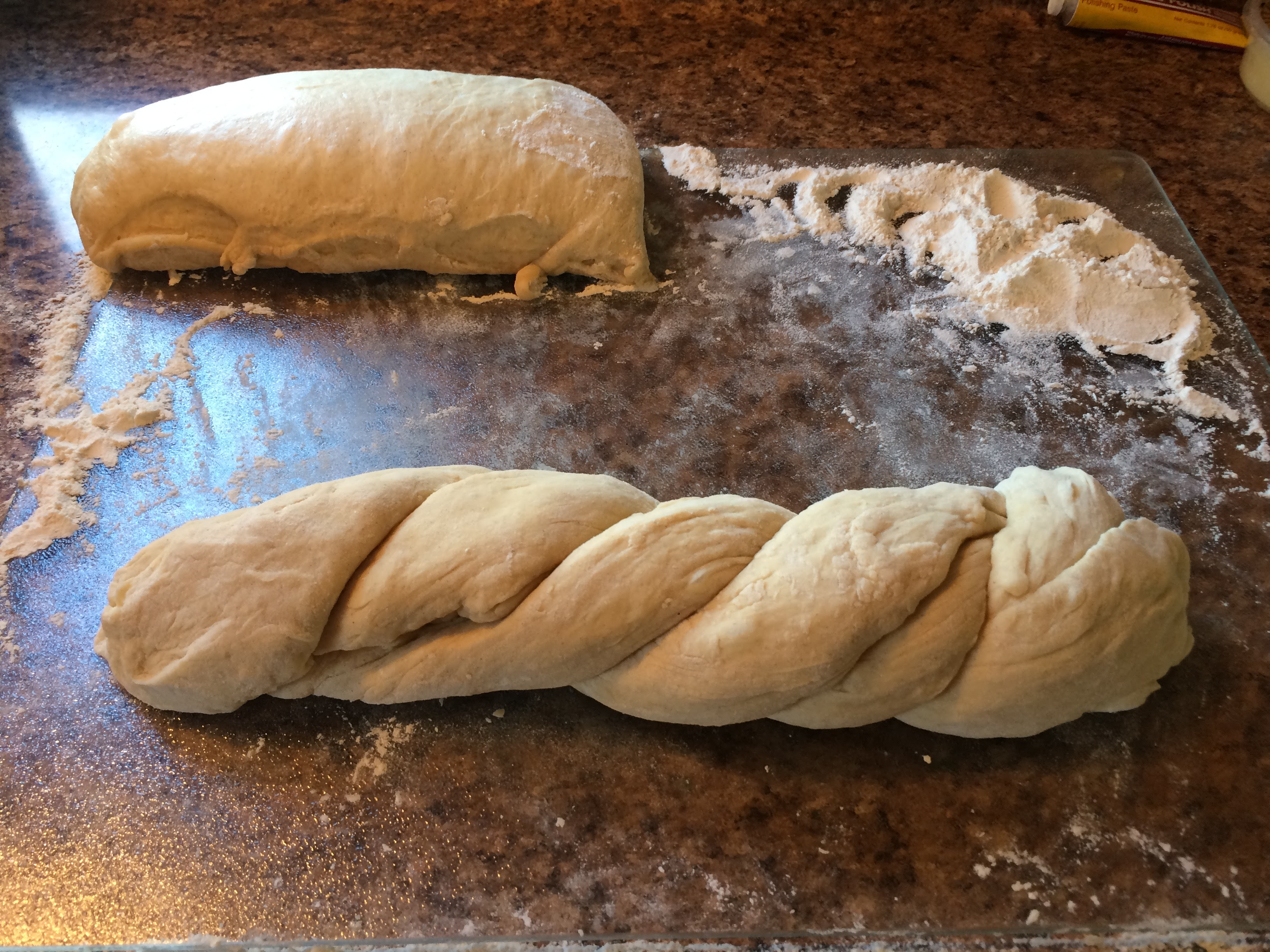 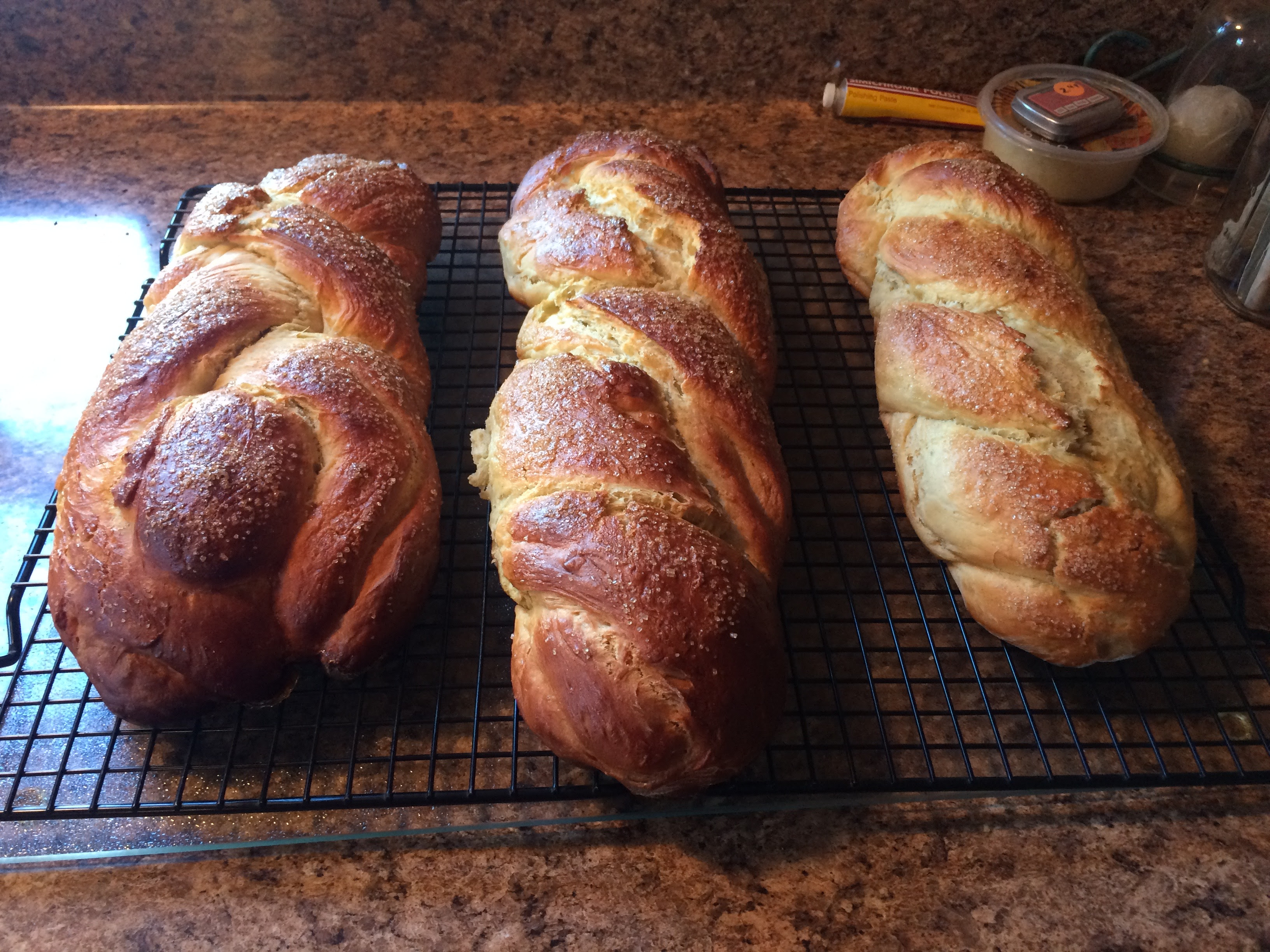 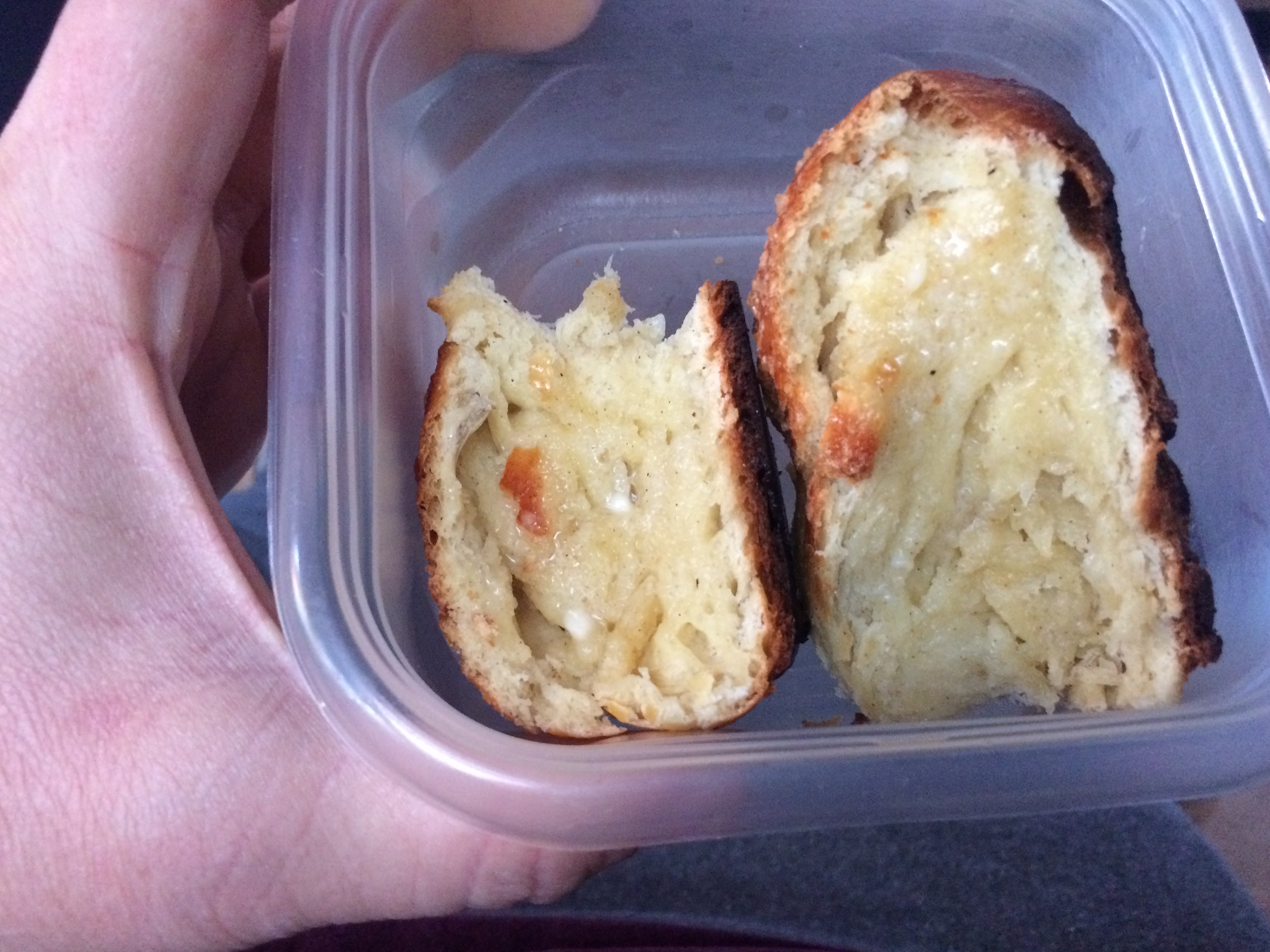 We went to Pam's for Christmas Dinner. Gave them a pulla, and gave Ed the other pulla for his birthday. I brought home the left overs from the meal, including the bones from the roast to make stew: 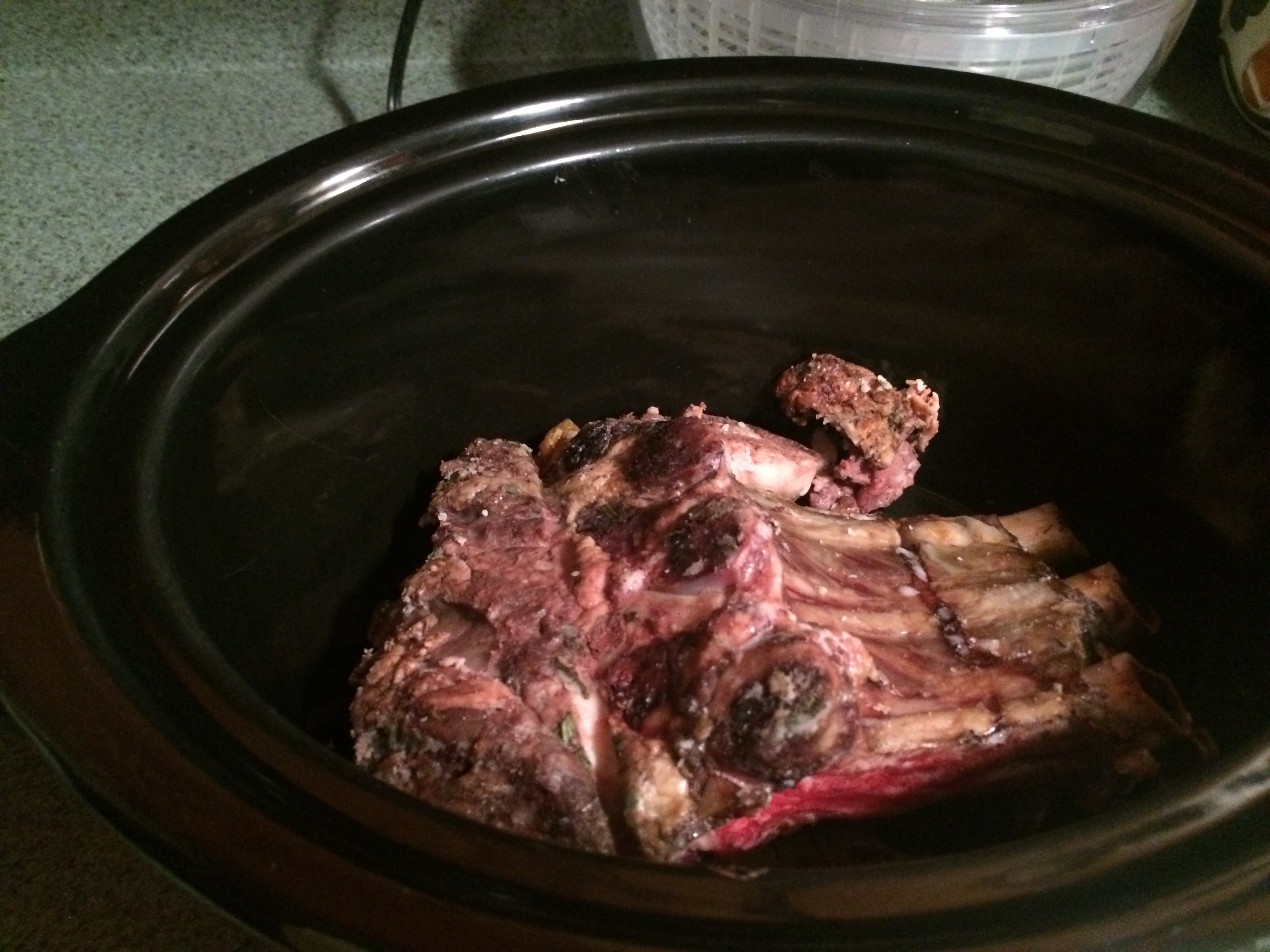 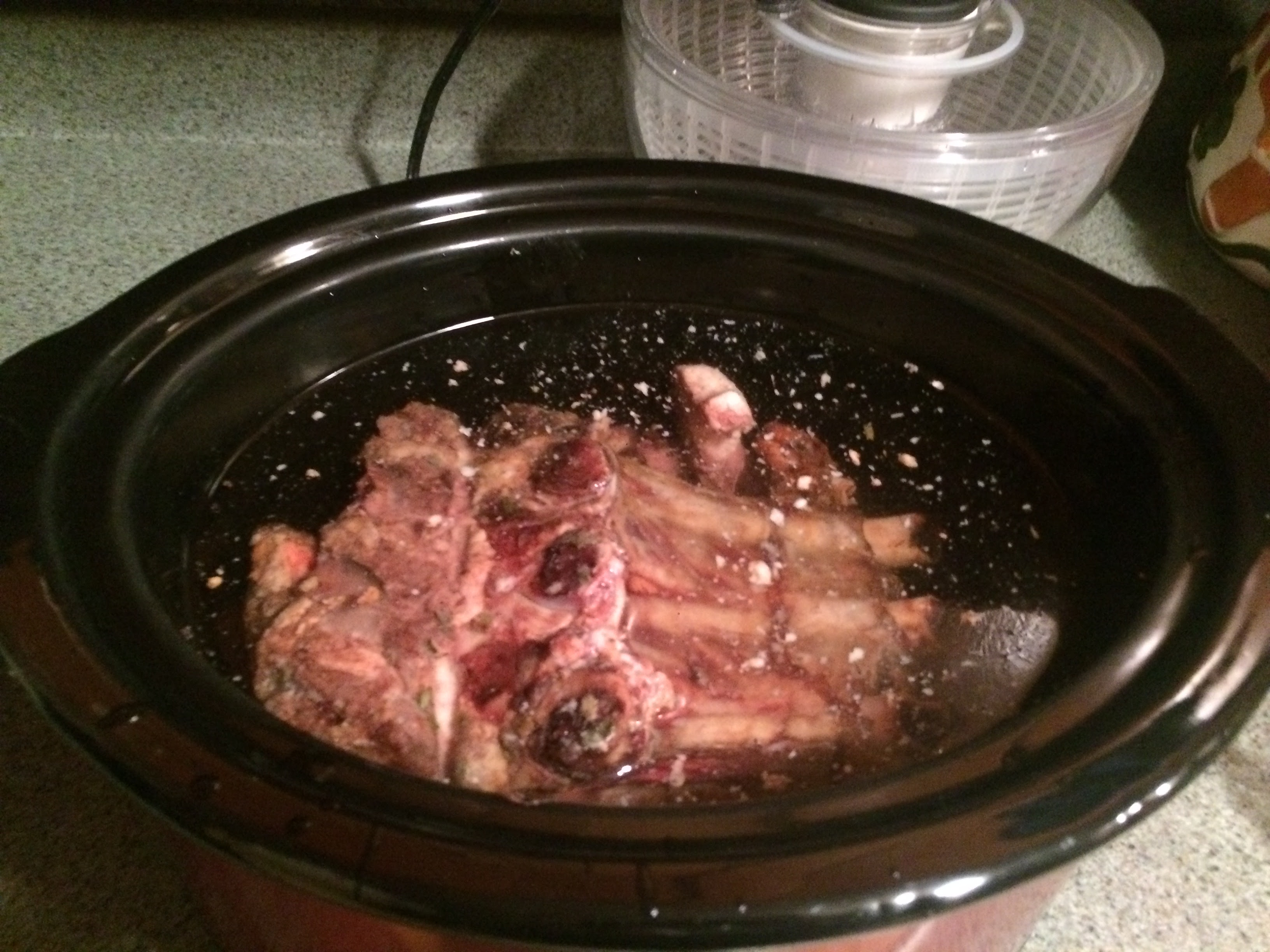 Ok, some pulla and milk before bed while the beef stock simmers in the crock pot overnight! 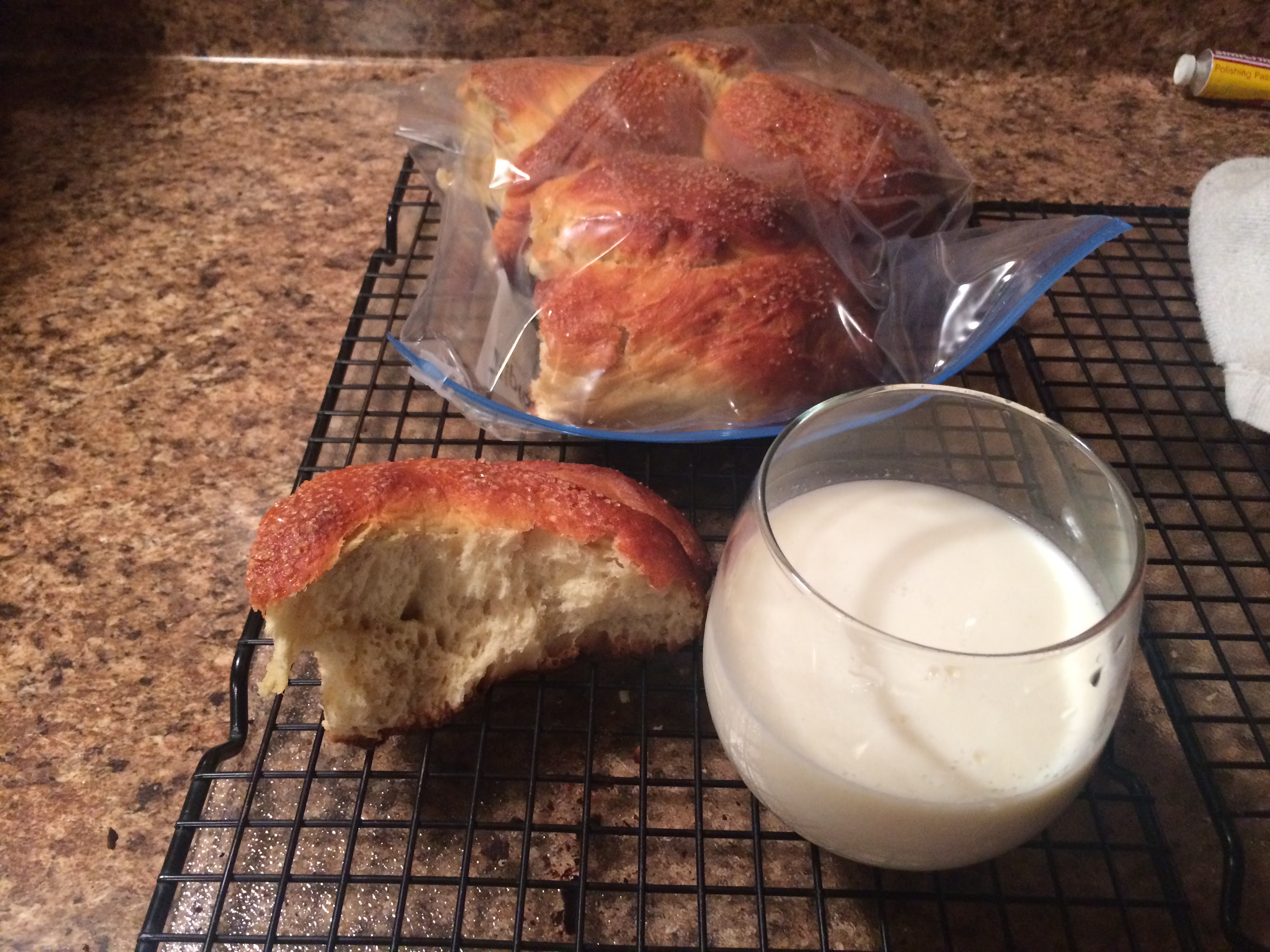 After straining out the stock, I did go through and pick out the shredded meat to add to the stew. 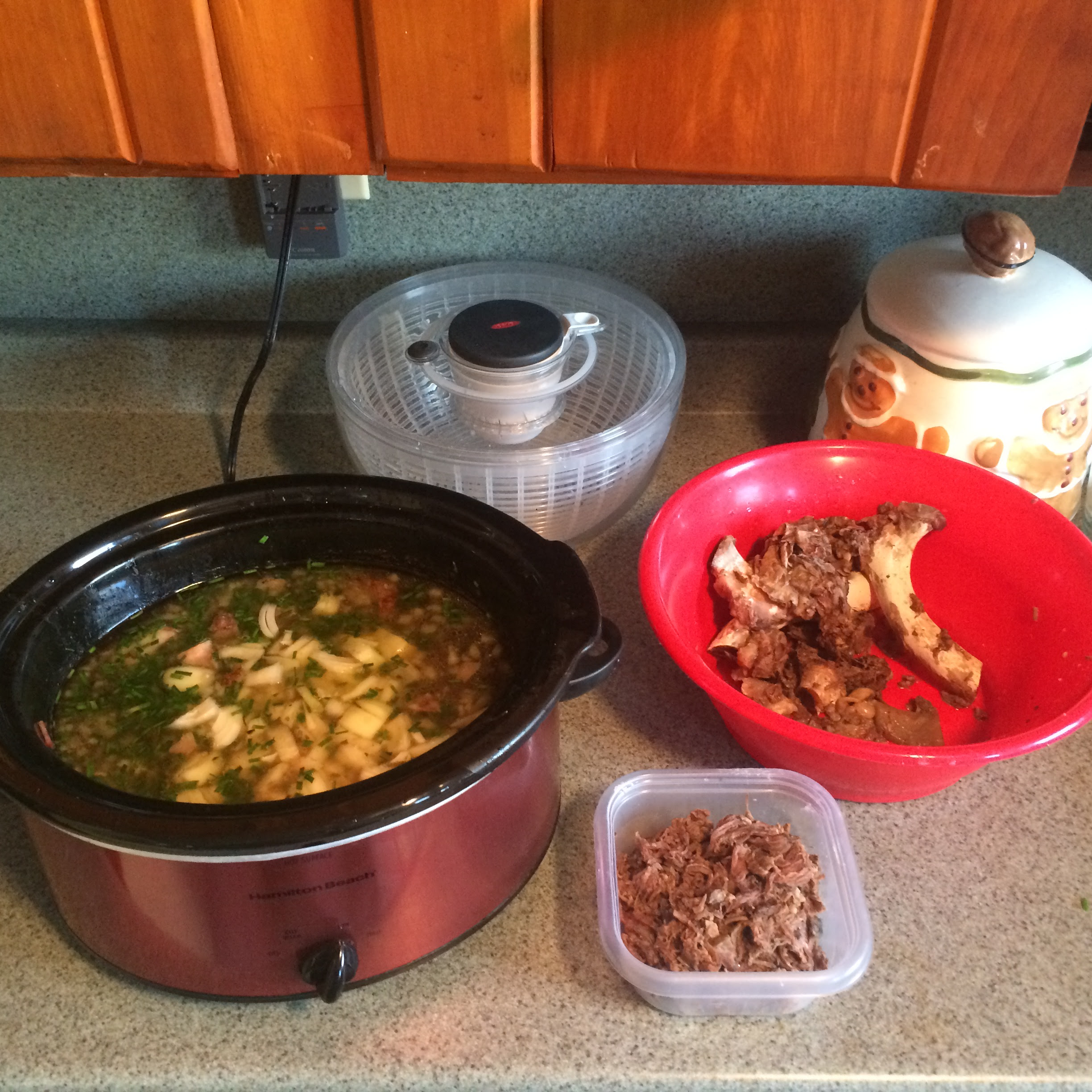 Then I used the "ratchet rake" on the bucket, weighted down with firewood, to break up some of the ice on the driveway. The frost got into the ground, but it has mostly been rain since (I haven't used the snow blower yet) so we have quite a bit of ice forming since the water isn't percolating away. Brought the big one over to Mom's while it was still hot out of the crockpot. Had to run out to get some diesel so I have could top off the tractor fuel tank. 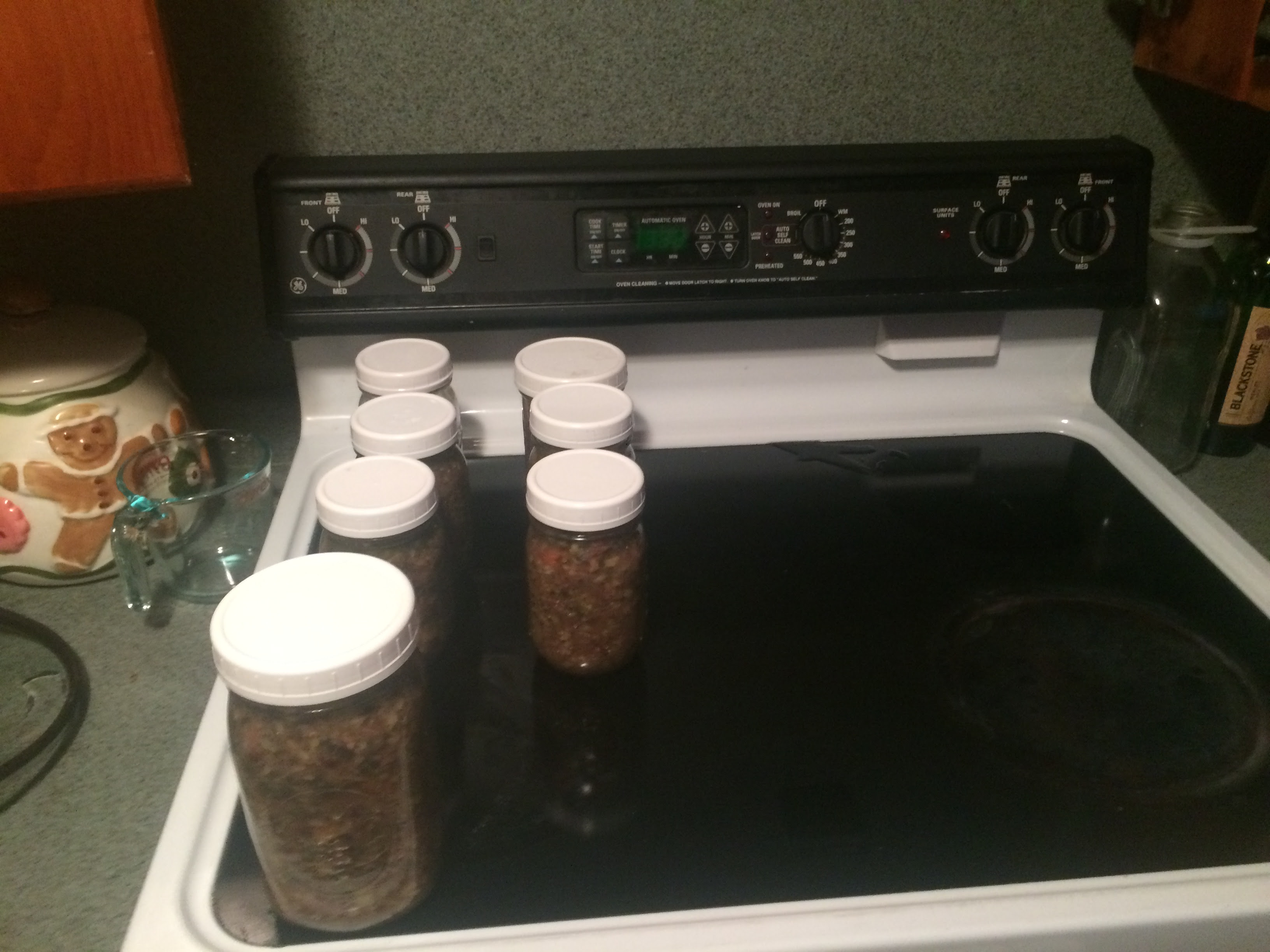 The garage fleet all tucked away for the night in "Winter Configuration:" Do we still have journalists or do editors just wait for random gibberish to appear coherent and then publish that?

So I followed a Salon link from Google News today and found this amazing piece of writing:


The idea that liberals — especially women and people of color — are all a bunch of lazy people on the dole (which the United States doesn’t even have, in any meaningful sense) isn’t about facts or reality. It’s just a stereotype that’s widely adopted to dehumanize liberals.

That, I suspect, goes a long way towards explaining the paradox that confounds so many liberal journalists and pundits: How can lower-income white people who rely heavily on the social safety net, especially in places like Appalachia, keep on voting for candidates whose avowed aim is to take it away?

1) We don't have a dole in the U.S.;
2) It's used as a stereotype to dehumanize people;
3) Poor white people on the dole vote against their interests, therefore can not be rational humans.

What editor allows that to be published?

Was it an incredible hack job by an editor of what had been a coherent point? I doubt it, but at least it would provide the author an excuse other than being completely blind to their own prejudice.


I already posted on FB today, in response to an fake news article posted by someone who is better than that, of an "Alleged CNN report" -- how the hell do you have "alleged" CNN reports; it either exists or not. Unless you're grown men gossiping like middle school girls.

The mind numbing idiocy is not limited, or even disproportionately distributed, among either political extreme. Their words may differ, not their inability to see outside of their intellectual safe space.
Posted by Matt at 12:56 PM No comments:

One of the Democrats structural problems is they tend to congregate in urban areas, and also to some extent they have made pacts in Southern states for "majority minority" districts that is a voluntary gerrymandering to ensure, primarily, that blacks representatives get elected to Congress in non-competitive seats.


While the overall map is very red, what it doesn't show is the Republicans fight for their seats in a lot more places that split say 55% Republican, 45% Democrat typically...while the Democrats have about three times as many seats voting 70%+ for them -- and they vote much more intensely for Democrats than any Republican district votes Republican. Seriously, 96.7% for Obama in a single district?

Data from: Daily Kos
Aided in my analysis by:
Standard Deviation Calculator
Columns to Commas