Saturday there was a snow run with the club...but first, snow melting from the Jeep made ice cubes in the treads:

Before I bury the lede, the two good videos.

Went to drop Eric back off at Harbor Freight while the rest of the guys got through this snow bank and had lunch. No problem, I followed them without issues all morning.

The afternoon when I went to see if I could catch up with the rest...waited for them to finish the tough loop to make sure I could easily get back out :D


Took Patriot's Day off...bee-bopped down to the shore.

That is a nice sized house!

So many houses I want to take pictures of...(with my good camera!)

New dock / launch at Quonnie. There were floating docks taken out for winter.

Wauregan Reservoir...took an even more round about way home and poked around a lot of places.

"Let's go to the supermarket!"

"Let's go to the supermarket in another 20 minutes!"

Does feel a bit like cheating when I only need to go 7 miles mostly on back roads, prepping the Jeep in the garage :)


(Need to edit this first video a little, made some notes watching it tonight ... I'm definitely no editor, but I'm getting a bit better figuring things out):

Got to Tipsy at 10:20. Stuck in traffic jam for about 40 minutes there LOL...most of the folks were going the "easier" route. When some more Rubicon or better built Jeeps showed up I got into the middle of that pack to go the "difficult" route.

Gosh...I want to like this photo. Yeah, I know the focus isn't right. My good camera I wonder if I could get the pic of the roof open but the WJs out of focus?

...and the first time my Jeep has winched itself.
...and second time.
...and third time.
I think 4 out of 6 Jeeps had to winch themselves up.

So in 2-1/2 hours I covered 0.7 miles :) A lot of the rest of the pack I was in went to do the "easier" loop. But I needed to get going, had steaks to get into a sous vide and then up to Charlton to see Eric who bought an ATV and damn that thing was fun to drive. Oh, and he bought 35 acres near his house with some other folks.

Three snow storms are predicted this week -- Sunday, Tuesday, and Thursday-Friday. So protein for the week :). Porterhouse and London Broil.

Super Bowl Sunday...6" in the first 3 hours, and we ended up with 9" after about six hours.

We were in a narrow "Jackpot" Band: 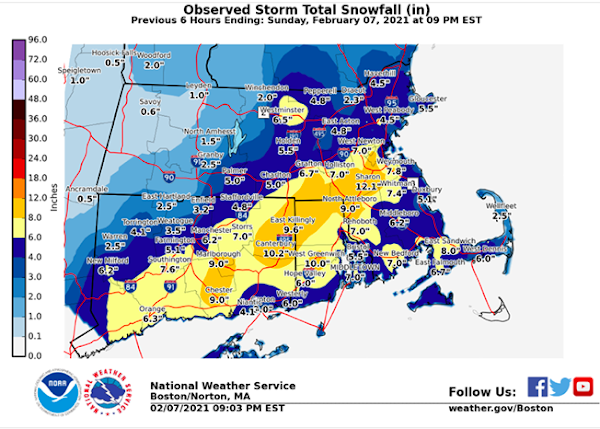 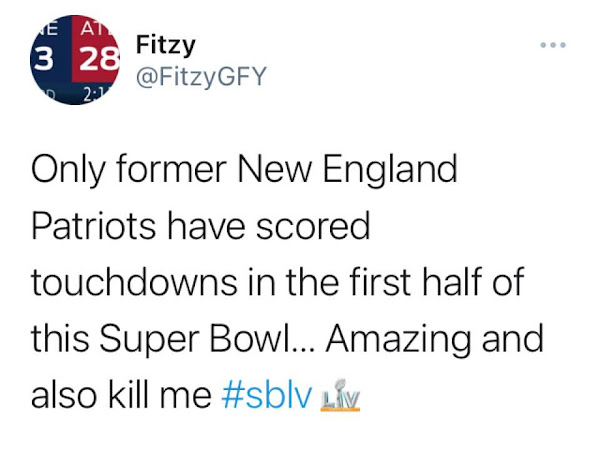 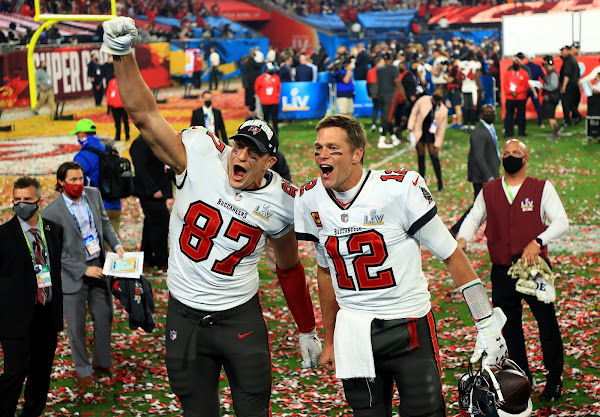