This was the basic recipe I used: http://www.food.com/recipe/homemade-canned-pizza-sauce-58708

The biggest changes I made:
1) A longer cooking time -- I probably could've had the heat up a bit more, but I also didn't burn any.
2) Preparing the puree the night before helped separate the water out without having to boil it off.

Changes for the next time:
1) Doing some more research, with fresh garden tomatoes, I should be able to not have to peel them -- just wash well, core, and cut out bad spots.
2) Though I don't mind it "chunky," next time I'll probably take the ingredients the next morning and puree it again after adding the onions, garlic, and herbs to make it a bit smoother.
3) Wonder if next time if I have a tygon tube (suddenly eyeing my Camelback...) if I could setup a siphon to remove the water from the bottom of the puree jars so I wouldn't have to try and avoid mixing it back up.

So I started by making the puree last night as well as sautéing the onions and garlic and cutting up herbs from the garden, as well as squeezing four lemons so all I had to do was mix it up this morning.

It worked out well in that the puree also separated naturally from some of water, so I scooped out the top of the jars. What got "mixed up" scooping filled 1-1/2 quarts, so I combined them and set them aside to settle again. That I repeated the process of scooping up the puree twice more during the afternoon.

Into the sauté pan:

Cooking time was 6 hours over medium to medium-low heat after I initially got it simmering. Once we were settled in, I would check and stir it every 20 minutes. This worked out well working from the home office I could just go in and stir and go back to work:

Having started cooking at noon, by 6pm we were ready to can -- this is a "high acid" recipe (thus the lemon juice) so they didn't need pressure canning, just needed a "water bath" of a rolling boil for 25 minutes so its MUCH faster then the green beans last night:

8 1/2 pint jars ready to make pizza, or to go with chicken or whatever this winter:

Took a vacation day...come on work so I can rest!

I bought an EZ-Up fly at Ocean State Job Lot, and some strut and threaded bar from Lowes...and a grand total of five visits to Brooklyn Hardware across the street.

I had to build some legs so the grill burner could hold the weight:

After quite a bit of owners manual and internet reading, the caution with outdoor propane burners and canners is some burners are TOO strong -- I guess they can put out more BTUs then the canner can handle safely.

My canner is also safe for glass top stoves like mine...but takes forever to come up to heat as the stove limits itself to prevent the glass from being damaged.

I think the side burner is a bit faster, but it sure doesn't crank out BTUs like some dedicated propane burners I've seen (hopefully next year's investment :)...but it seems a smidge faster then my stove plus it definitely keeps all the heat and humidity outside.  I did use the electric stove to sterlize the lids, and to heat up some replacement water for the canner.

Yes fire friends...the table top is exactly what it looks like :)

That's 76 ounces of beans...ended up making 15 pints.  Pint jars are better for me, since that's a couple meals worth.  I wouldn't eat a quart jar fast enough after opening!  Had almost as much waste, due to bean beetles.  Spent a couple hours watching a movie and snipping away.

One jar left to put in.

With the weight in place.
My times today:
90 minutes to get to rolling boil
50 minutes to putting on the lid to getting to the specified pressure for green beans (10#)
20 minutes at pressure
60 minutes to cool down to were I can remove the lid.
30 minutes after emptying one batch to get back up to a rolling boil, having topped off with simmering water from the electric stove.
It's the 90, 50, and 30 I hope a better propane burner can cut down substantially...20 minutes is specified, and just plain physics for the cool down 60.

Meanwhile, while the first batch of beans is in the canner...time to make some tomato puree.  That's 122 ounces of tomatoes, plus I had about 100 ounces of waste (so started with about 13 pounds)

Hmmm...looks like they planned for the canning funnel to fit the food processor :)

Into the fridge for tonight.  Recipe says it'll take about 1-1/2 to 2 hours to boil down by about half to the consistency its ready to can.  Which should work well with the canner needing 90 minutes to get to the rolling boil before I can.

I have half-pint jars I'm planning to use for the sauce, so hopefully it's one homemade pizza, one jar with nothing left over to freeze.

9:15 and the second batch of beans going in to finish 'em off.  I should be done before midnight :)

This batch also had mineralization on the lids, its just cosmetic, but I wonder why? Possibly the pot I used to heat up the make-up water?

I would love to tour European castles and forts: 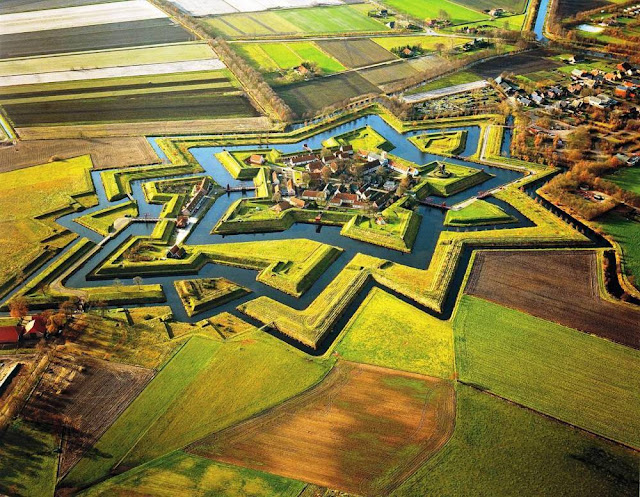 Bunch of nice photos of Fort Bourtange.
Posted by Matt at 9:02 PM No comments:

I forget if I last picked Monday or Sunday...but I knew it was overdue and I spend the entire lunch hour Thursday trying to beat the rain coming in:

Food does not have labels

And a couple days ago:

The Washington County Fair in Rhode Island is one of my favorites -- it's a Goldilocks fair, not too small, not too big.

Working Steer Competition
These were the Junior Teamsters (under 18), and I believe all the teams I saw were under a year old.

The "book" definition of Working Steer are those neutered males under four being trained for work, Oxen being four and older and considered physically matured and fully trained.

I couldn't back my garden tractor and cart up as well as a few of these teams could...

Later on in the day they were doing distance pulls -- half the teams weight on the stone boat, five(?) minutes to pull it as far as possible. Most teamsters rest their teams for a moment at either end before continuing.

That's not something you see very often -- Jersey Steers!

Got Meat?
The Rhode Island Raised Livestock Ass'n had a nice booth, and all I got was this lousy pic of the bottom of a page to remember the URL...

Pig drinking from a pig version of a bubbler.

Jiminy Crickets! I had no idea cabage could grow that large!

They have a nice farm & household museum

If the thought of a hand cranked silage / fodder chopper makes you cringe...

...you could have the non-cranked version!

Its a Chicken Plucker!

I'm not quite sure what this is...I was thinking it was an ice saw, but those look like wood cutting teeth, not ice cutters.

Online acquaintance who saw the above pic told me what it was -- and here is someone's else YouTube of one in action: Hey, that skein winder has a counter!

Imagine the planning it took to cook for a large family and hired hands where the working adults were eating 4,000 calories per day on stoves this size!

Though a kerosene stove like this certainly could help out! Here its setup for canning by the looks of it.

And we don't even refill beer bottles today...

Not from the museum...maple taps