So Lassie walks into a bar full of townies...

There are times in life you’re reminded, with amusement, that you actually have a pretty wonderful life. I was on the way home from the data center tonight and stopped in a town south of Worcester for take-out Chinese. It’s good Chinese as American take-out Chinese goes, a restaurant I found mostly by having several friends in the area, and it’s convenient to stop at coming home from the Worcester area and the atmosphere provided by the bar is always interesting.

As I’m ordering, there is a couple I think are breaking up, very loudly and very publicly. I sit down to wait for my food as she is bemoaning that this is the first time she’s been out in two months and this is what she gets, then as he is finally leaving she continues her stream of consciousness independent of his with an admonishment he’s doing himself no favors.

After he left, I realized it wasn’t a break up – rather two who flirt by arguing. The bar tender asks about his bill, “Oh he left me ten for it…but don’t worry, I’ll pick up the rest.” She then orders another drink, specifying this one is to have less pineapple since she needs something stronger.

Functional alcoholic townies who peaked in high school define the line up at the bar. I don’t mean that in a condescending manner – but one of entertained appreciation that while I may be, as usual, going home to an empty house and have faced my own challenges and demons, there but for the grace of God go I. I wouldn’t want to be a corporate lawyer stressing away in a downtown office, but I am also thankful to not be a habitual barfly drinking away disappointment.

At the other corner of the square “U” shaped bar from the remaining half of the flirting arguers is another townie is expounding to those near him on Obama, the tracking of cash transfers, and Lyndon LaRouche (whose supporters called soliciting money today). Between them and floating in and out of the conversations of each group is another trying to remember the name of townie woman he saw in the restaurant earlier and is throwing out names to see if any spark the memories of the bar tender or patrons.

Now less you think this tale is a work of fiction, as backdrop to the intoxicated philosophizing being made to each other or no one in particular, and my sober observation, was Lassie on the television. A mid-sixties episode after Lassie had left the farm and moved in with a Forest Ranger. That detail reminds us that fiction has to be believable, and no cantina scene imagined could possibly include Lassie – it is in nonfiction that the truly surprising is found. It is those unexpected times which give life the complexity from which appreciation can spring.
Posted by Matt at 9:06 PM No comments:

While I'm sure it's named after Mortlake, England...saw Griffin Taylor's novel Mortlake referenced in the Wikipedia entry on Sisu today:

An unusual first novel and one that deserves more attention than the run of the mill. The setting is unique- a Finnish lumber camp within the Arctic Circle on the Russian border -- and Helsinki; the time- just prior to World War II, with the threat of the happy-triggered Russian guards a constant menace; the characters- a young Englishman, to the lumber camp as part of his training for a major post in a British owned lumber company- and sent back a second time, to separate him from the Finnish girl he has ot and loved in Helsinki; personnel at the lumber camp; a strange, elusive, untrustworthy Frenchman who appears and disappears at odd moments; the office chief, a soulless, hard- oiled executive, interested only in the money bags; and the girl, who somehow never quite comes clear, despite the glamorous portrait. There's some overwriting, there's a distasteful episode relating to a group of visiting businessmen out for cheap sensation; the book unnecessarily long; there are passages of stream of consciousness philosophical dissertations that fail to gear with the rest. But there are too some vividly beautiful bits of descriptive writing, some deeply felt emotional analyses, as the youth discards the superficial values of his first contact with the hardships of his job and finds in himself deepening maturity and understanding. But primarily the book will be read for its sense of adventure, mounting tensions and authentic background of a little known area and period in modern history. A writer to be watched; a book to be reckoned with.

One of the cooler folks I've met online, Lester Bradley, passed away from cancer this morning. Met him on an antique tractor board, and he had been a power company arborist...and a square dance caller. He's the singer/guitarist in this video:


Never did make it up to the antique tractor show he put on in New Hampshire each year at his family's homestead :(

Got goosed into supporting the local arts -- the Valentine's "Anti-love" Song Cabaret at the Little Theater on Broad Street, which is a Killingly Parks & Rec sponsored group at the old old* High School. First time I've been in that building, which is where my mom went to high school. 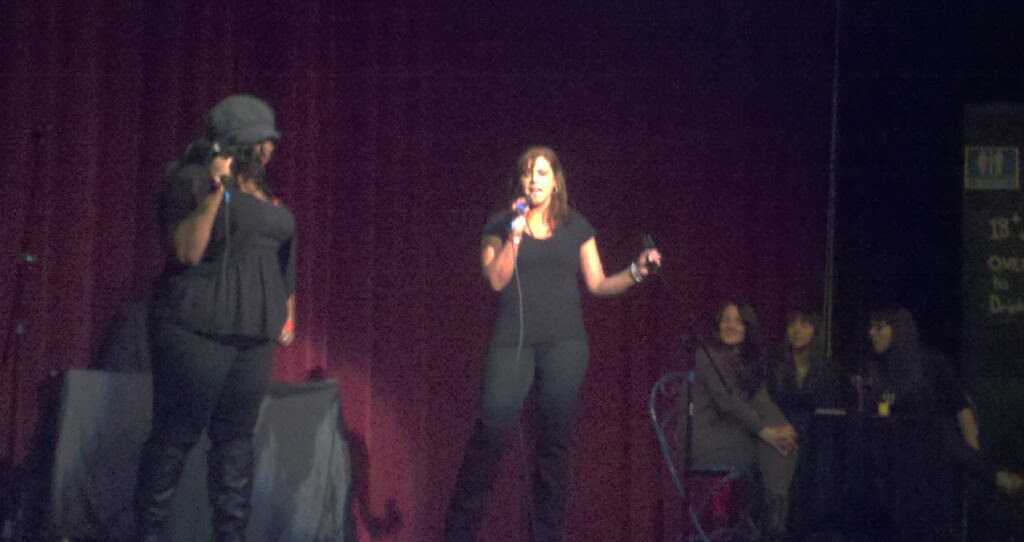 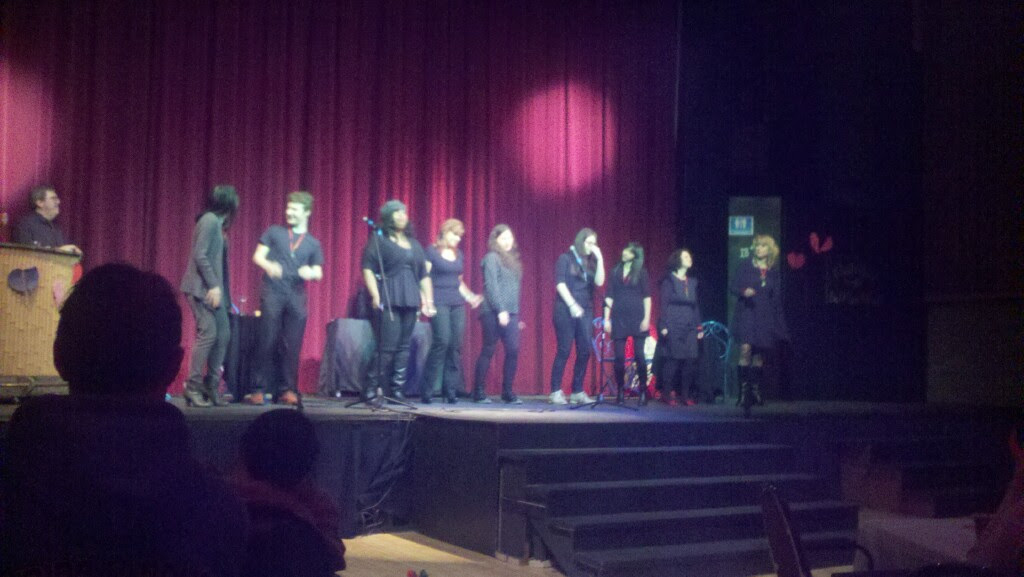 * Its humorous on the radio since Killingly's newest high school opened, they now talk about the "Old High School" (Westfield Avenue, where my sisters attended and they have a number of miscellaneous school programs currently hosted there) and this is the "Old Old High School" when they want to be clear and aren't using the official name of Killingly Community Center.

With the snow blower down, needing $200+ in parts that I can't squeeze out of the budget (without dipping into emergency funds) until April...I'm left with having to push with the garden tractor which sucks. Spent three hours this weekend :(

There hasn't been a big snow storm, just a lot of 6" storms in the last few weeks without warm thaws in between. 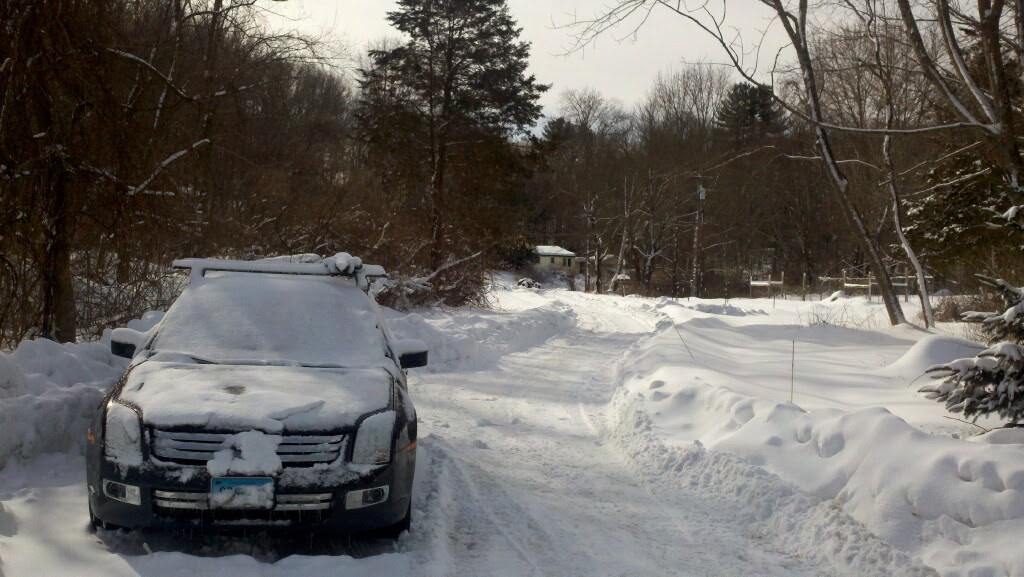 Last weekend I got the wiring for the TV & Speaker Bar run through the wall: 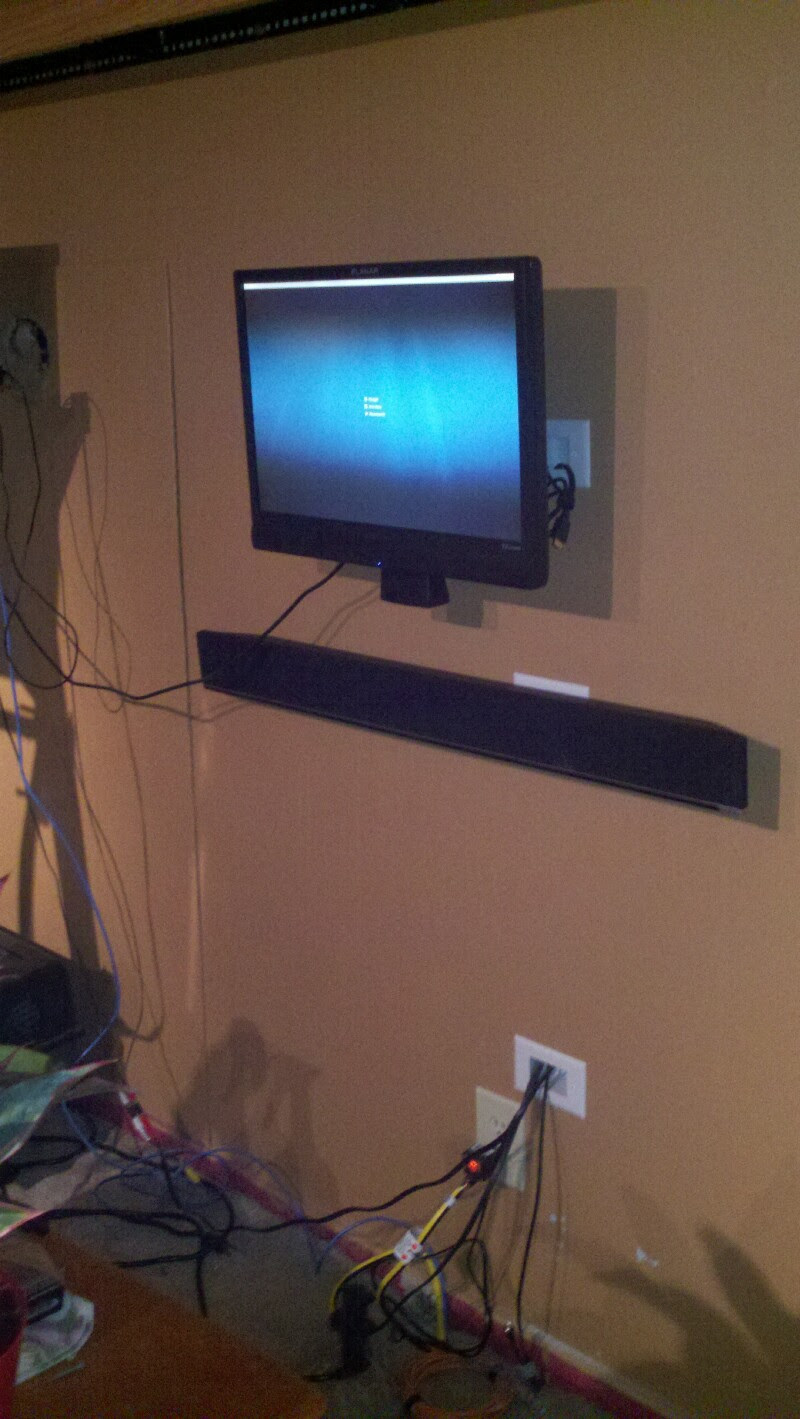 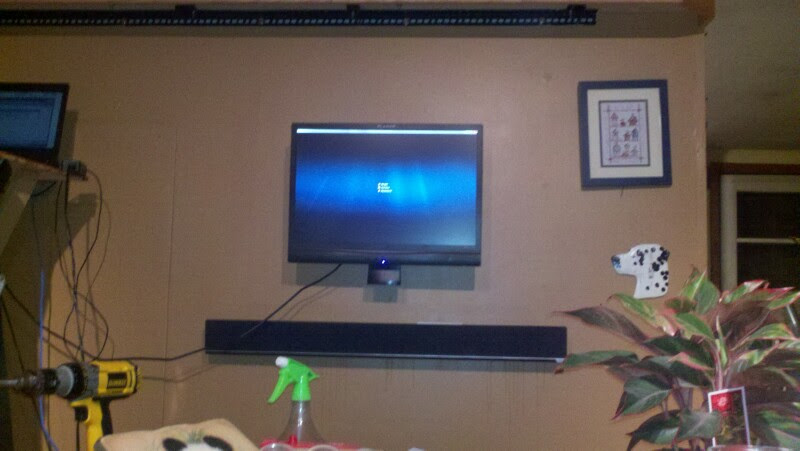 Last weekend I took a Sunday drive, thinking I hadn't been to Beach Pond in a while, and realized the ice would be frozen.

This is the old family cottage -- Aunt Doris & Uncle Harold first owned it, then my Dad owned it (he was living there when he married my mom), and I'm not sure if Doris & Harold then bought it back, or their son John did directly.

I've been told on good authority my first, um, visit there was nine months before I was born. 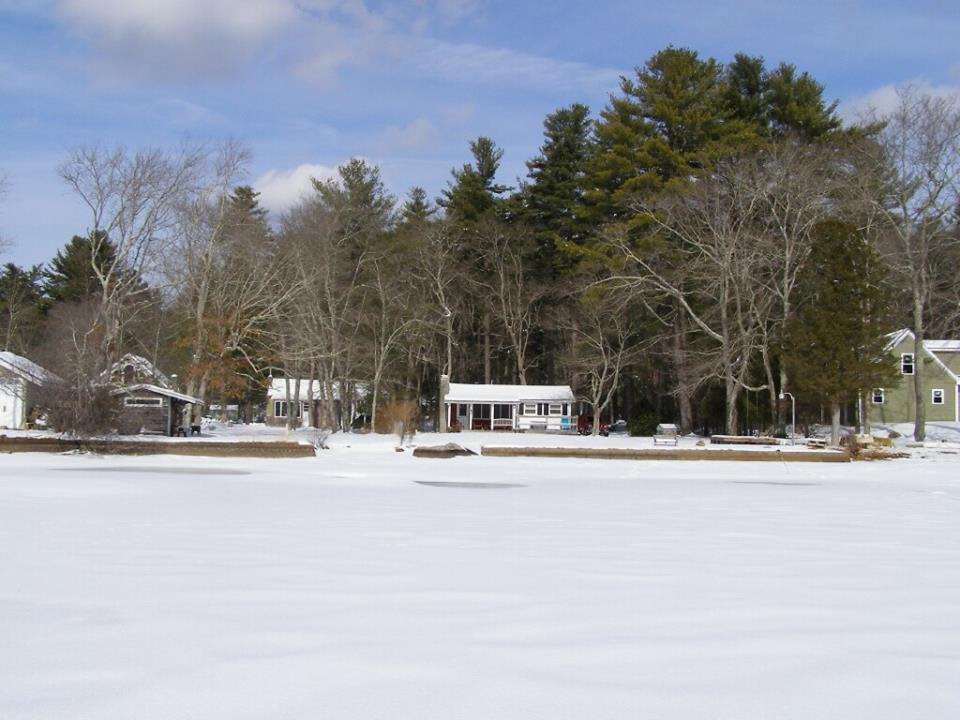 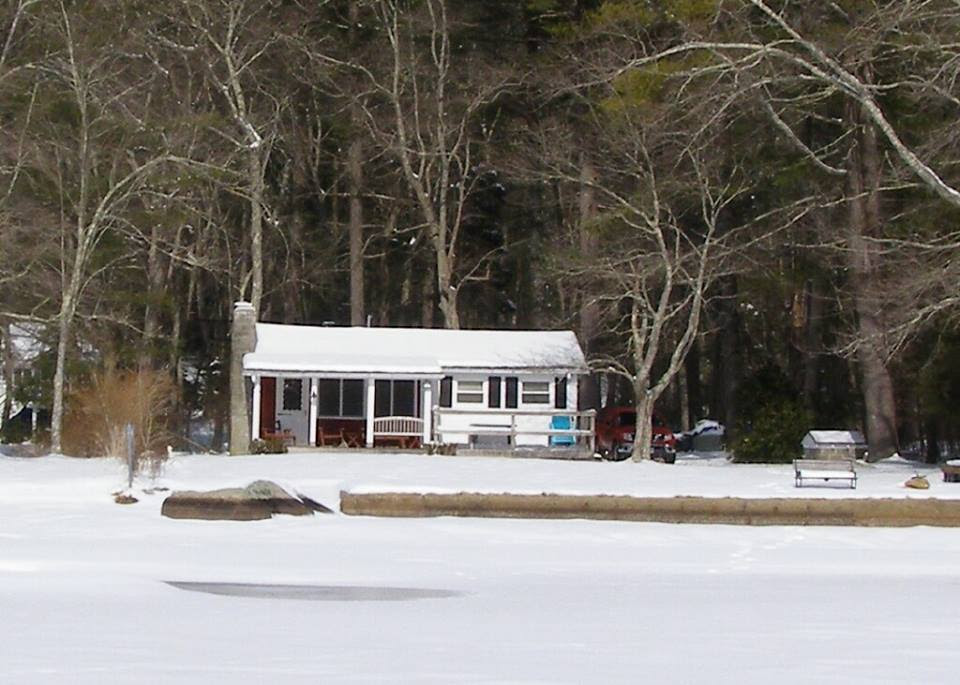 And those seen dancing were thought insane by those who could not hear the music. Though I wonder if Nietzsche would have said that in the age of ear buds.

There is a certain "sharpness" to the motions of a professional dancer that I see in abundance in that video. I notice it too in Glee when Heather Morris (Brittany), who is the one primarily professional dancer (even if it was for Beyonce), is dancing with the others -- I can always pick her out in the group of also very good and well coached dancers from how sharp and exactly she executes the moves.

This came out very well: 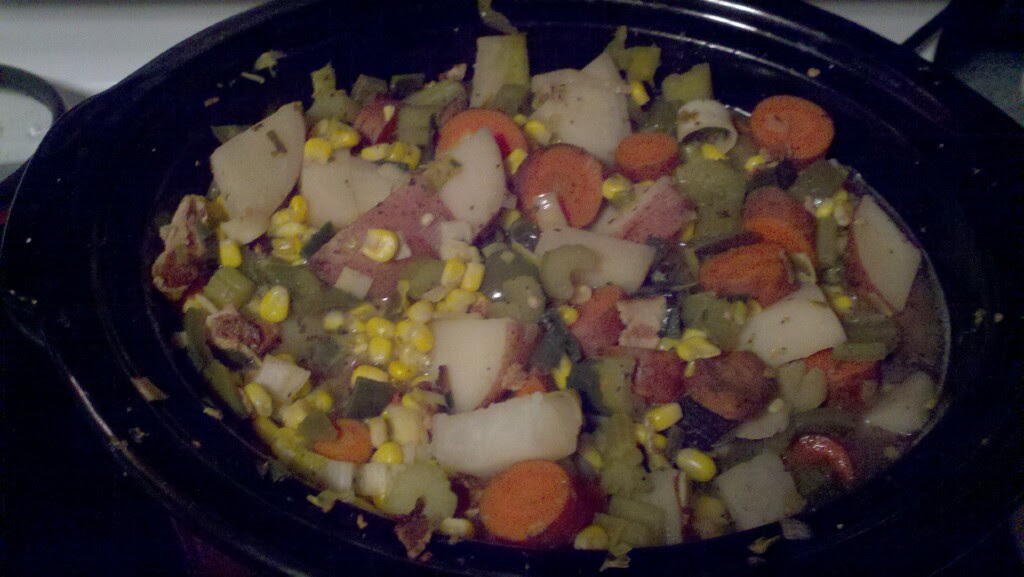 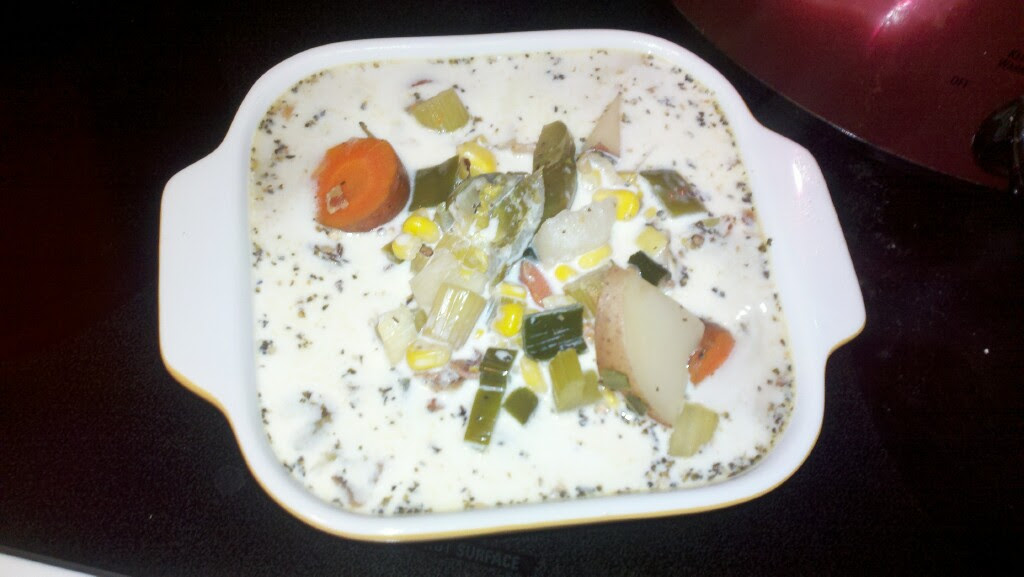