Lowes delivered (most) of the cabinets I had ordered...little did I know soon I would need more :/

Bob finished getting the blue board up and prepping the bathroom for Wes.

Home Depot run to pick up the tile for Wes, and wiring stuff for my TV/Power Center wall.

Wes and his able assistant, Kiya, came over on Saturday to get the bathtub tiled:

Cement Blocks to put the new heater on. I ended up just using the big ones, which raise the heater 16" off the ground which should give me plenty of notice with the water alarm should something happen with the drain. I had to run to Tractor Supply for new tires for my hand truck, which provided Pat an opportunity to get into the house and plot with Wes while I wasn't around :/ (I neglected to take photos of the heater now in the basement; wiring and plumbing to come.)

Let's do a color check -- the carpet I have already ordered; thought it was more interesting than just plain beige. The naming convention on the Petproof StainMaster carpet was after canines, so this is "(Chocolate) Labrador" 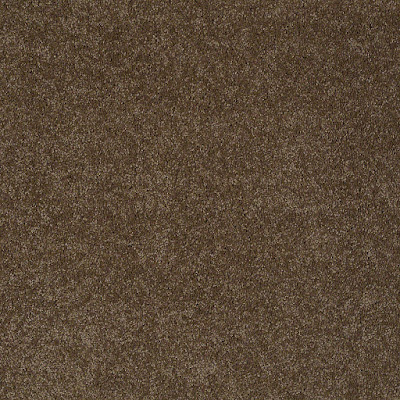 The plan with the carpet is to buy time until I can have the rest of the sub-floors redone, then absolutely splurge on some really nice hardwood from Hull up in Pomfret which is (literally) one of the world's premier hardwood flooring companies: 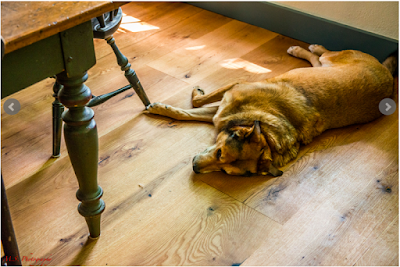 Loads of options to consider when the time comes for species, size, and sawing -- the sample below is "quarter sawn" (notice how it looks different from plain sawn above which has the "mountain peaks" pattern)...this style is more expensive since there is more waste wood from a log, but it is also makes stronger planks: 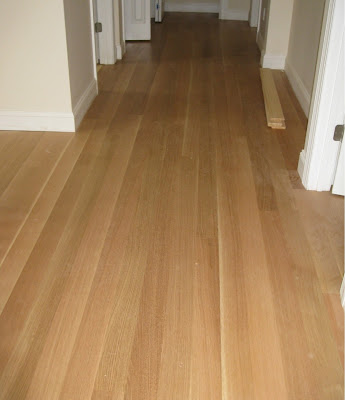 Now with the entry / kitchen subfloors being replaced I need tile -- "Aspen Sunset:" 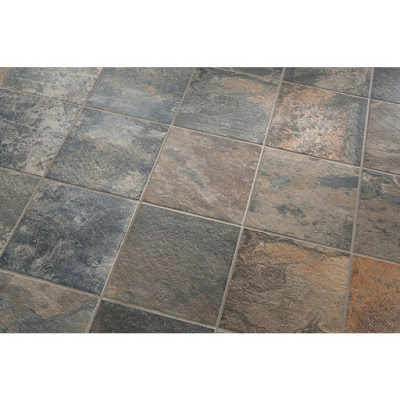 Which Pam approves :D These were 6x6 but I'm planning on 12x12 unless for some reason Wes thinks that is too large; I think with the new subfloors it will be fine. (The larger the tile, the better / more stable the floor and house has to be to keep them from cracking over time).

The kitchen probably would have been OK with laminate like Pergo, but I bring in snow-covered firewood (and my snow covered clothes) a lot and I am concerned if we just tiled the hearth area...laminate wouldn't hold up to regular flooding of melting snow. Then once all the entrance is tile, if it doesn't match the kitchen, you end up with two small areas of contrasting floors even though they visually and use-wise flow together. 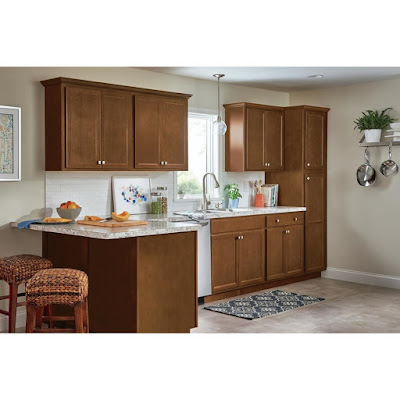 And the new kitchen counters (other than the butcher block for the main counter/semi-island area) will be "Ouro Romano:" 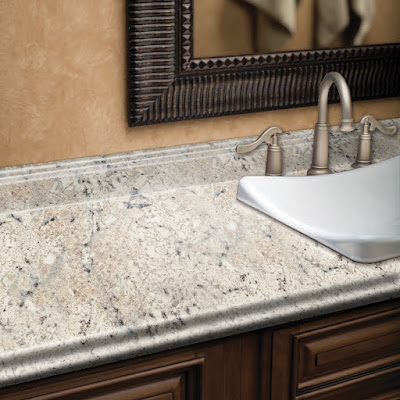 Update 11/1 -- Pam found "Typhoon Ice" at Home Depot; but it seems to come in two versions. I'll have to double check in person.

Regular, which is what they have in stock: 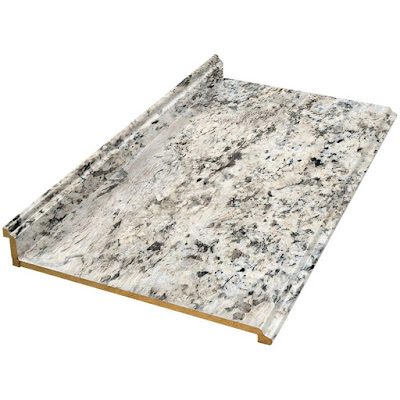 And a version with "Antique Finish" which I think matches the sample Pam picked up: 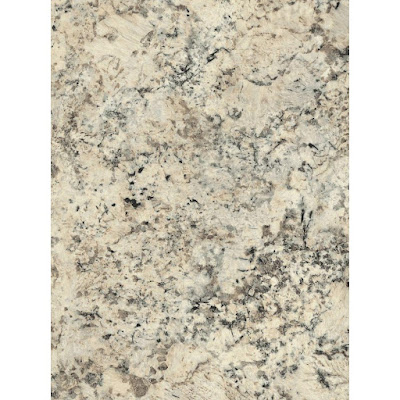 Food pics! The other half of last night's small roast beef grinder turned into an open face melt for lunch:

Without much of a kitchen, lets make some home cooking so I don't have to do as much take out this week. A rump roast chili? I don't know what you call some of my creations...it was the cheapest piece of beef per pound Big Y had today.

Since I had to pull out the roll out tool box to retrieve my extension cord, I might as well just use it for to put the crock pot on and not use the cord.

As I finish writing this, the wind has picked up driving the pouring rain -- a Mid-Atlantic low has collided with the remains of Tropical Storm Philippe. Couple inches of rain and gusts to 60mph expected overnight. (Brief hurricane force winds are expected over Massachusetts Bay and coastal Maine!)
Posted by Matt at 10:05 PM