Monday. Took a mental health day since I knew the guys weren't coming up to work since it was still supposed to have passing downpours and high winds today.

One piece of insulation blew out of the eave in the middle of the night...and into the sink o_O 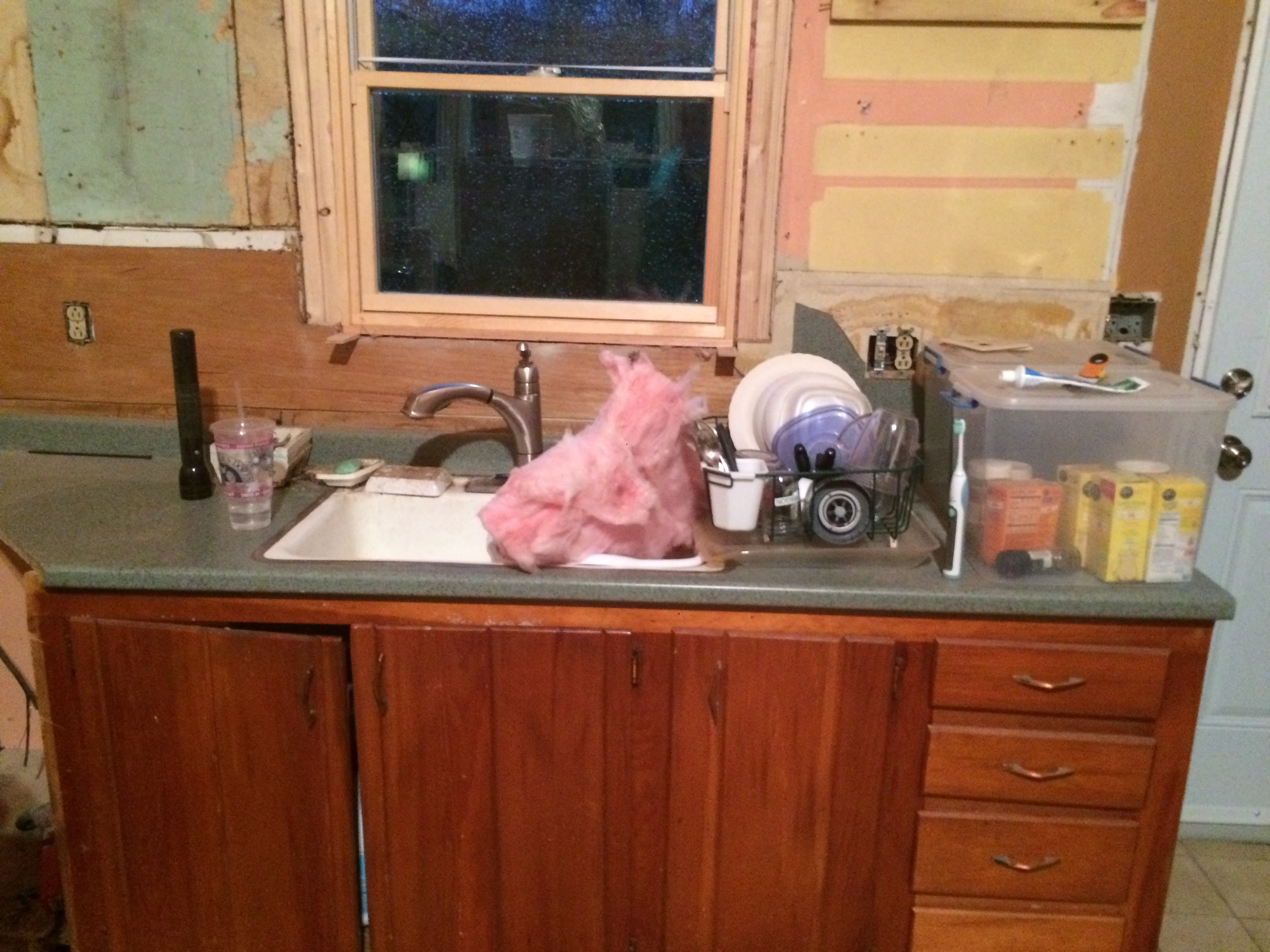 I parked the vehicles where I knew they were safe from falling trees. Didn't think about that unsecured sheet of plywood on the sawhorses which managed to vault off my side mirror. Damaged the side mirror, looks like I'll need to replace the black plastic at least. Other than that, didn't touch the car. 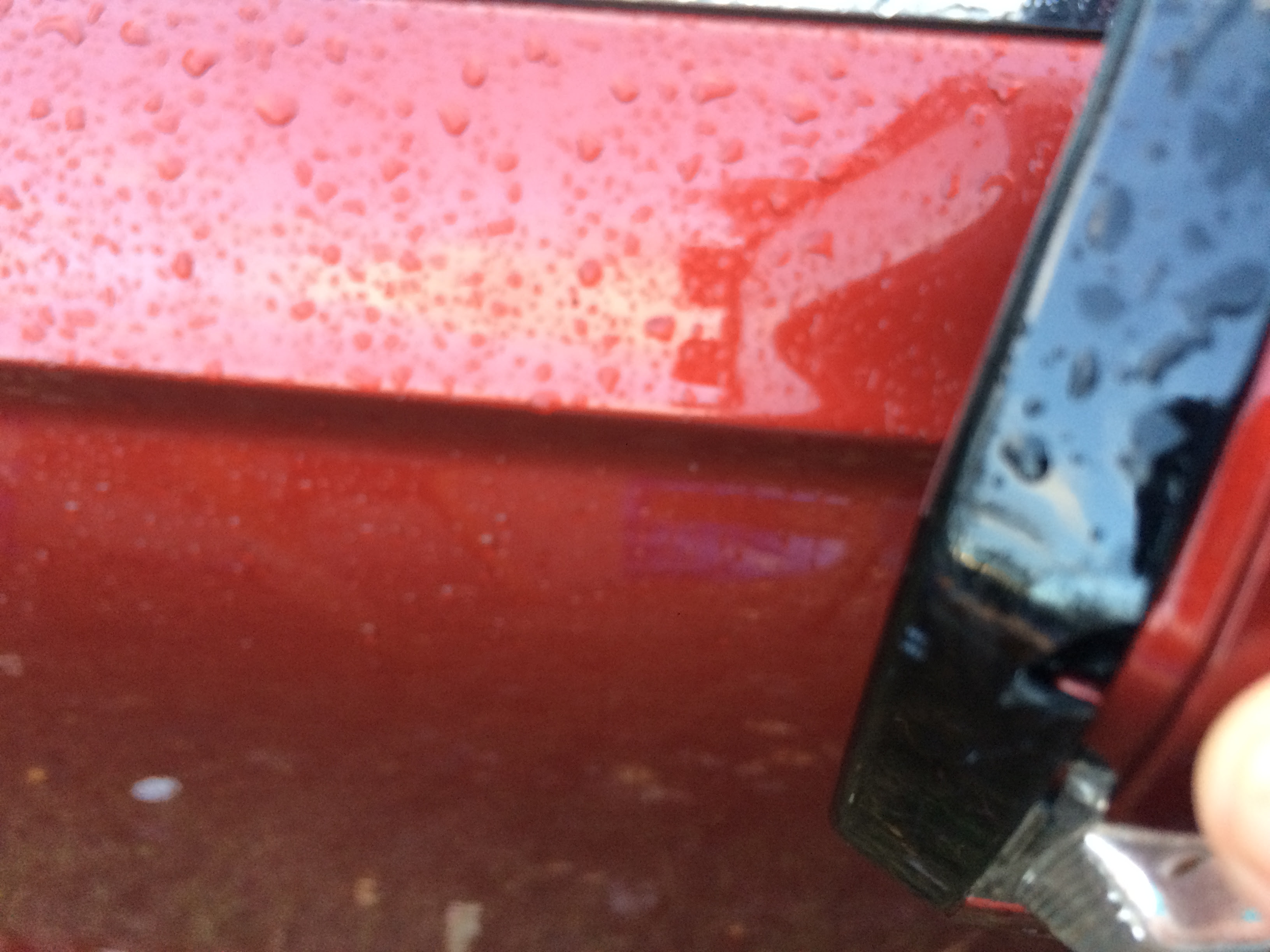 Will need to bring Ed some Chili. 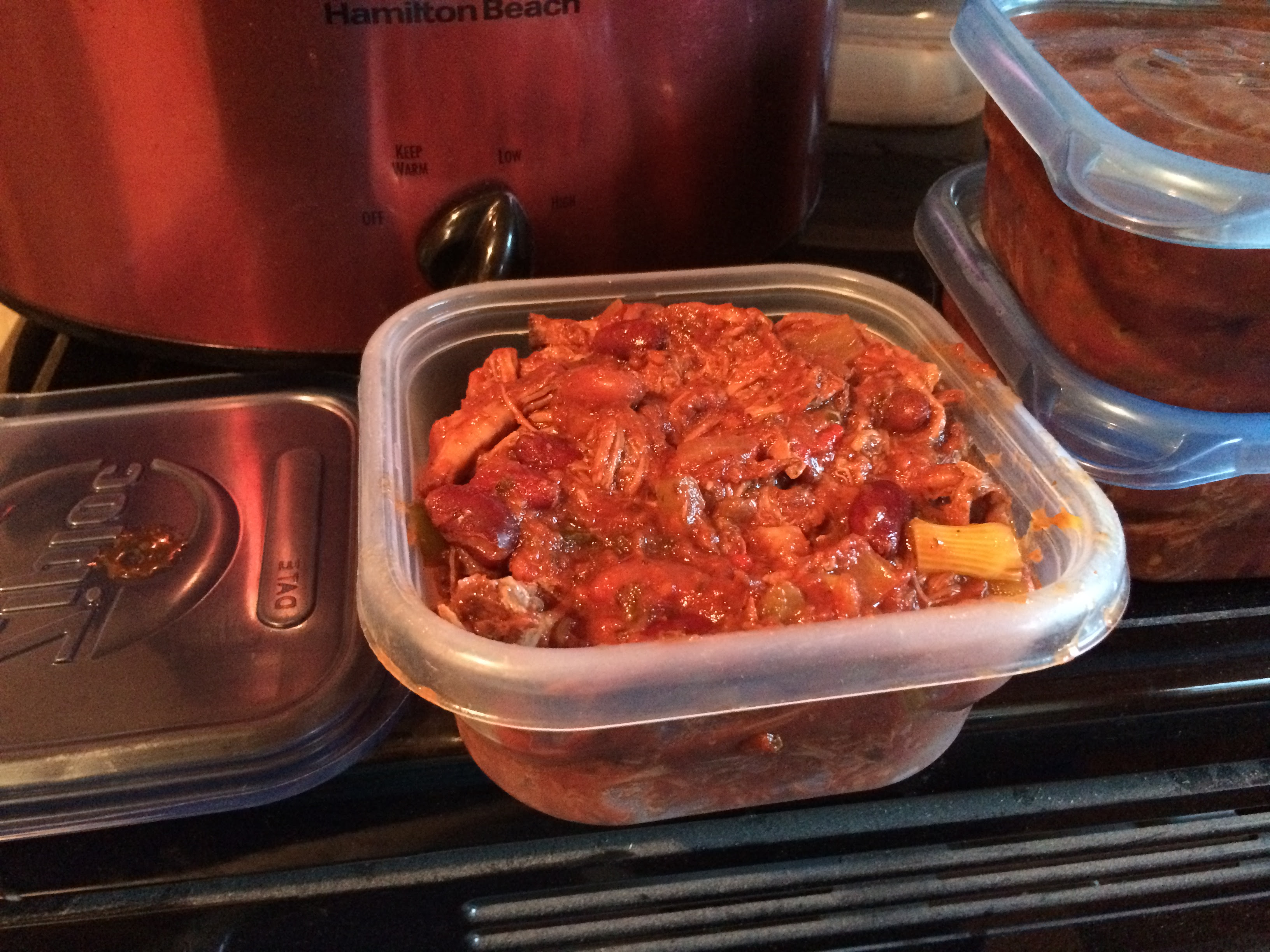 I even had black duct tape so it doesn't look too bad. It's never a good thing when it's 60 degrees out and the State has the plows on. (Clearing debris from the roads, almost seemed like there may have been a lot of microbursts -- areas would have nearly clear roads, then suddenly roads completely covered with leaves and branches. House on Suzanne Lane in Brooklyn got hit hard by a falling tree. Usually if you saw one tree down, there were multiple ones.) I putzed away (happily, with no pressure) on building out the TV / Power Center. The 2x10 scrap was used so I could move the TV bracket easily in the future to re-center it if I ever get a bigger than 36" TV; I think I could reasonably go up to 44" here.

I need to find the correct face plates, which are proving hard to find on Google, that combine power on one side and data/video on the other.

The top is for the TV and will have HDMI and Ethernet.

Next tier down is counter height -- the outlets are combined power & USB Chargers. Data/Video will include one HDMI for the laptop to sit here feeding the TV; and a Cat 5 for connecting a laptop or possibly printer w/o wifi.

I'm planning on a shelf below the counter here to hold more gadget, so there is a data (orange only) box here.

Finally on the lowest level with be two duplex outlets, and another data box. I'll have a gap at the back of the shelf so power and data can easily be run up to stuff on it. 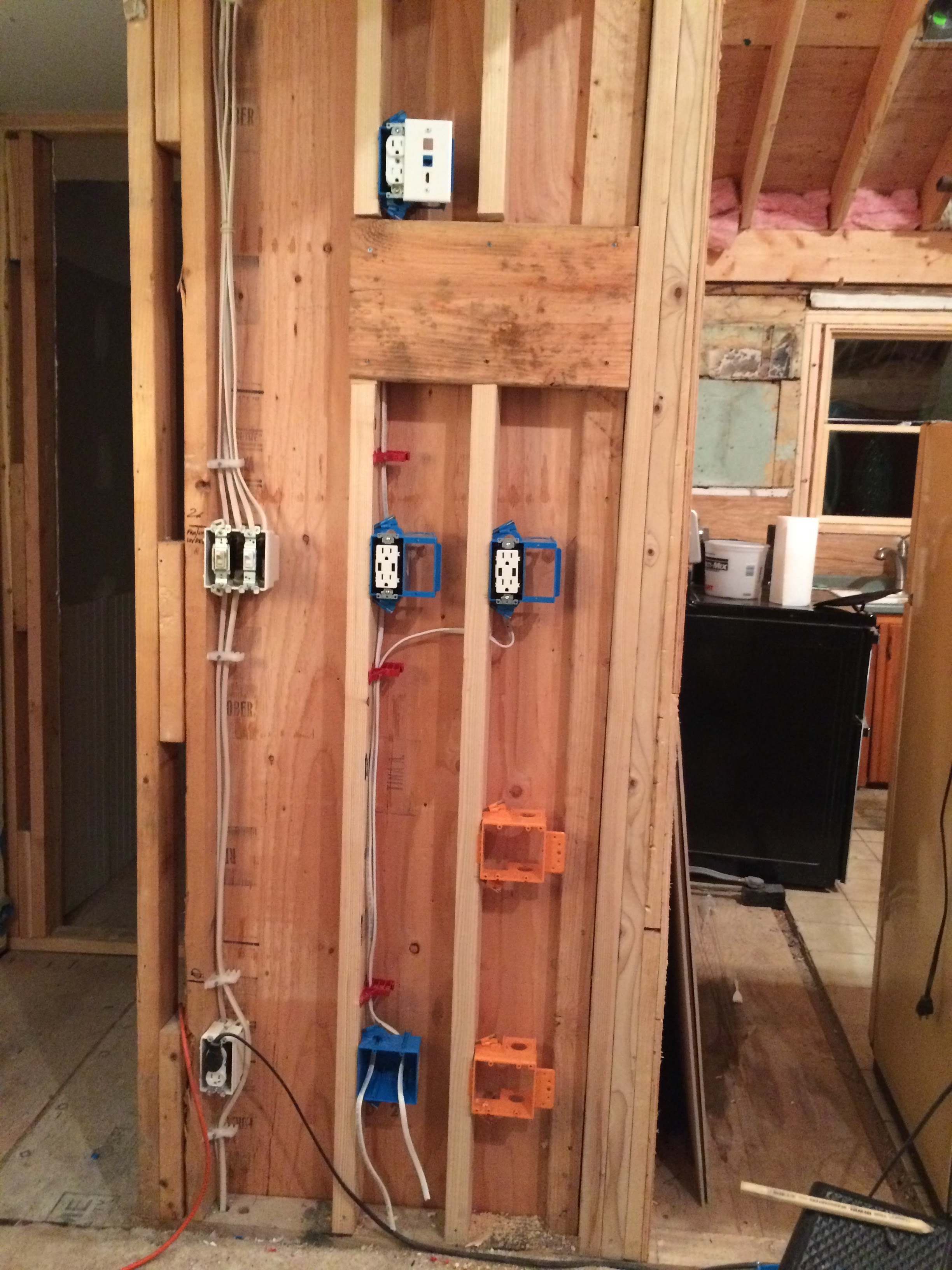