The weather caught up with us this week.

Wes, Bob, Bruce, & Andrew where here on Monday was nice. I did run home at lunch to touch base with Wes.

Good view of the hurricane strapping: Wes put up the entry way; permanent columns to follow.
Tuesday I had to put new tires on the car, then went to pull a permit to cover the bathroom, checked in with Bruce (Wes was tiling Little Niomi's new house) then went to work -- where by 1pm I was taking a nap in my car since I just couldn't keep my eyes open. I had woken up at 3am, after having insomnia the night before.

There were just passing showers Tuesday daytime, but then the heavens opened up Tuesday night and bands of heavy rain kept the guys away on Wednesday. This is me Wednesday morning, after the best sleep I've gotten in weeks o_O. 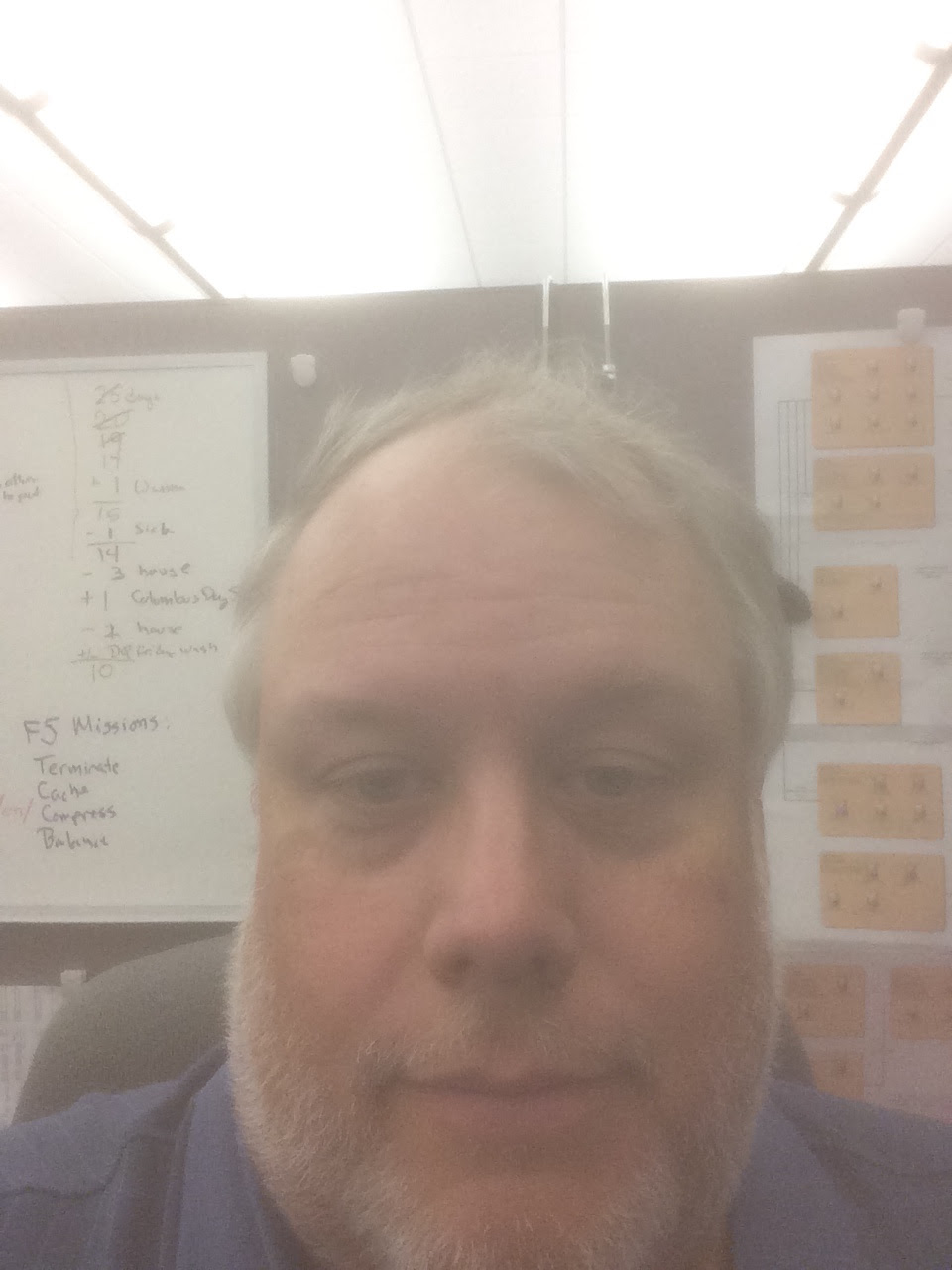 Think I may get carried away with my label maker? Been buying some new tools I've seen the guys use that I didn't know about before and that I know will help make things go smoother and faster with the work I have coming up to finish. 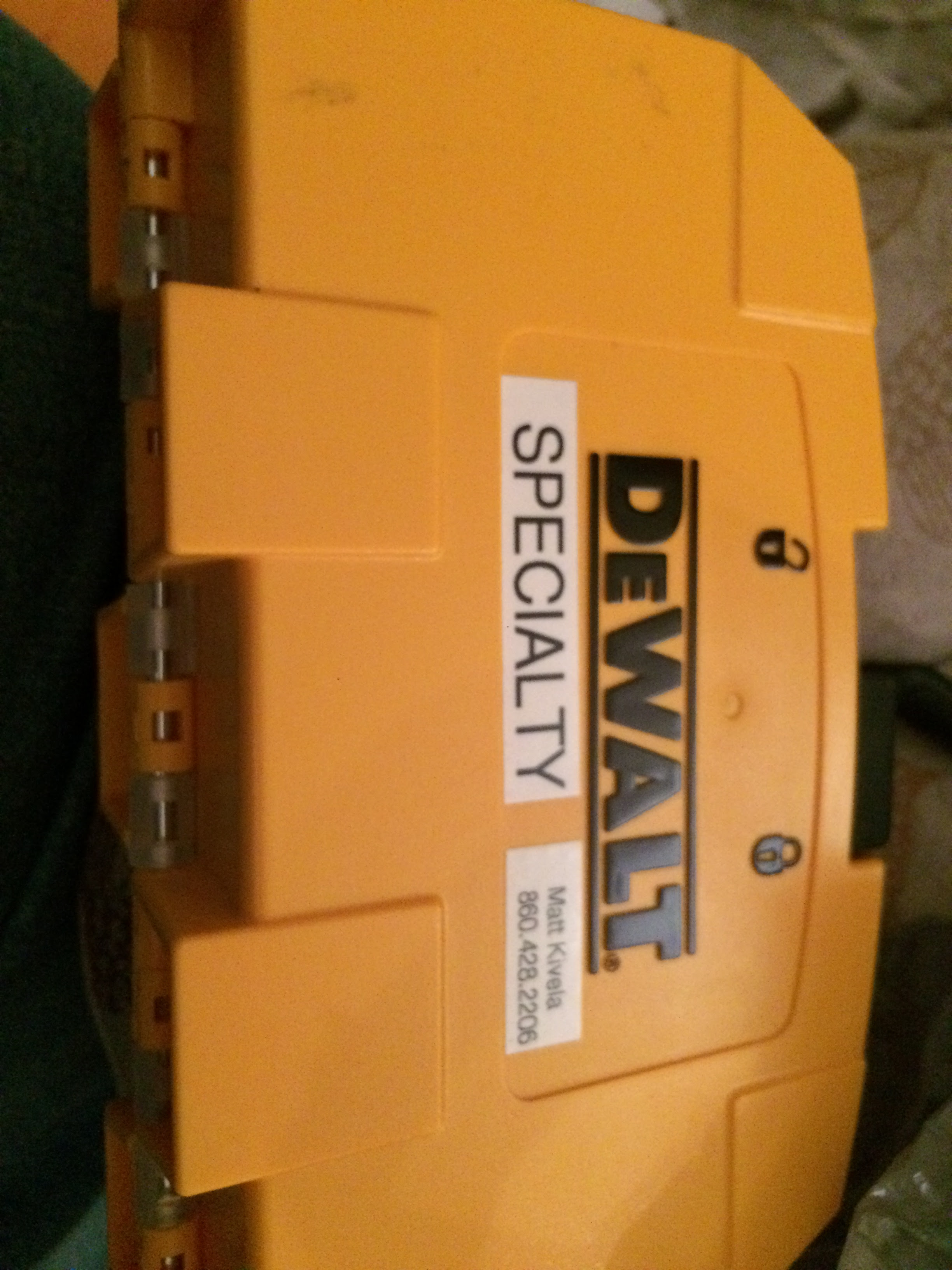 Wednesday night's task is to install locks in the doors. It's probably only the third or fourth time I've done this...so while I know the theory I sure aren't practiced at it :) 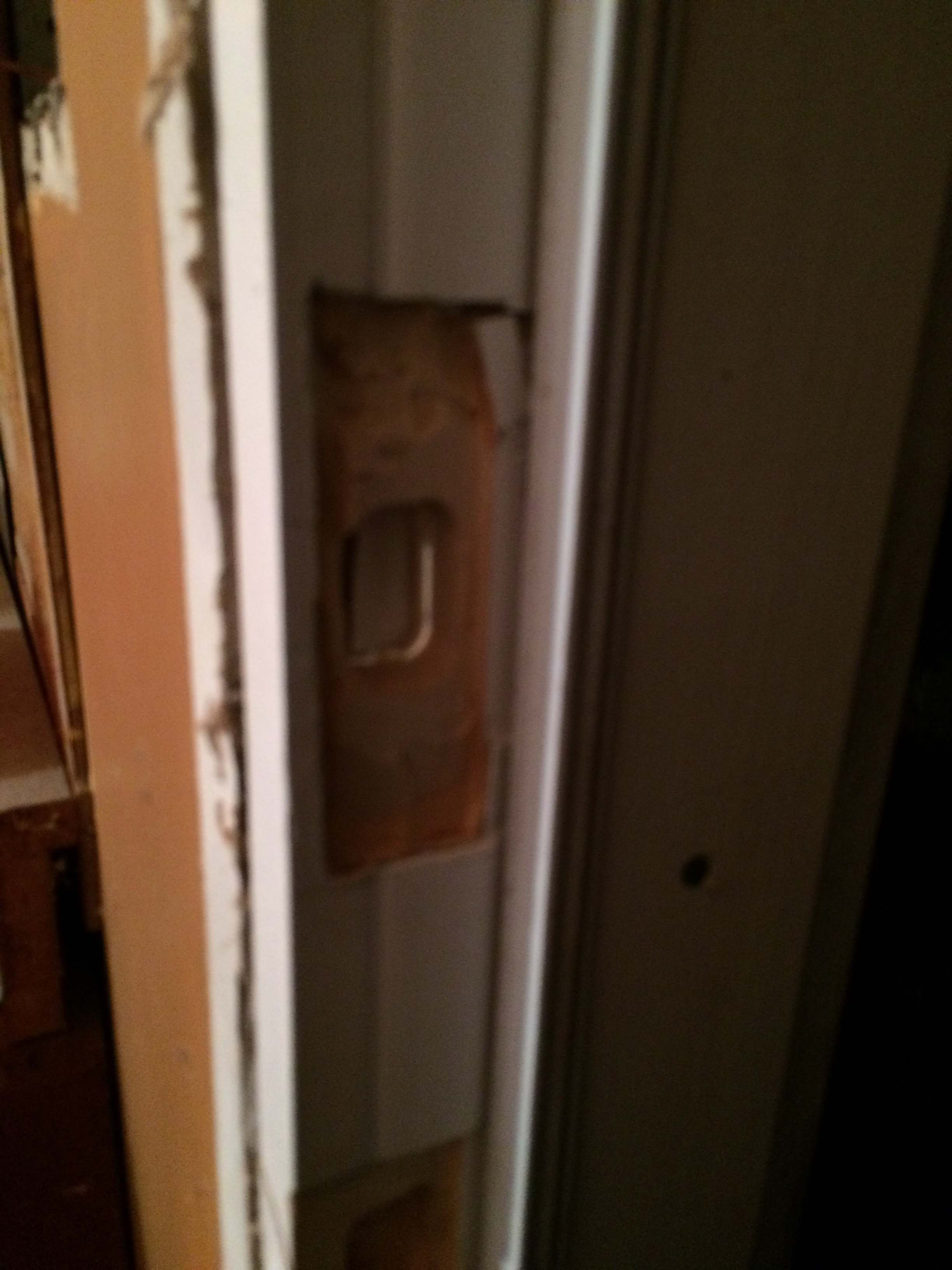 And if I'm going to do it, I'll do it best I can -- using heavy duty four-screw latch plates and 3" #8 screws that get into the stud and not just the frame. I'm gonna make them break the glass and reach in to unlock the door if they want to get in!

That's one of the new toys -- an impact driver. I watched them take out screws I had used a ratchet to drive in without the tool even balking! Also gives me very good control of the speed to slowly but with lots of torque drive in screws. 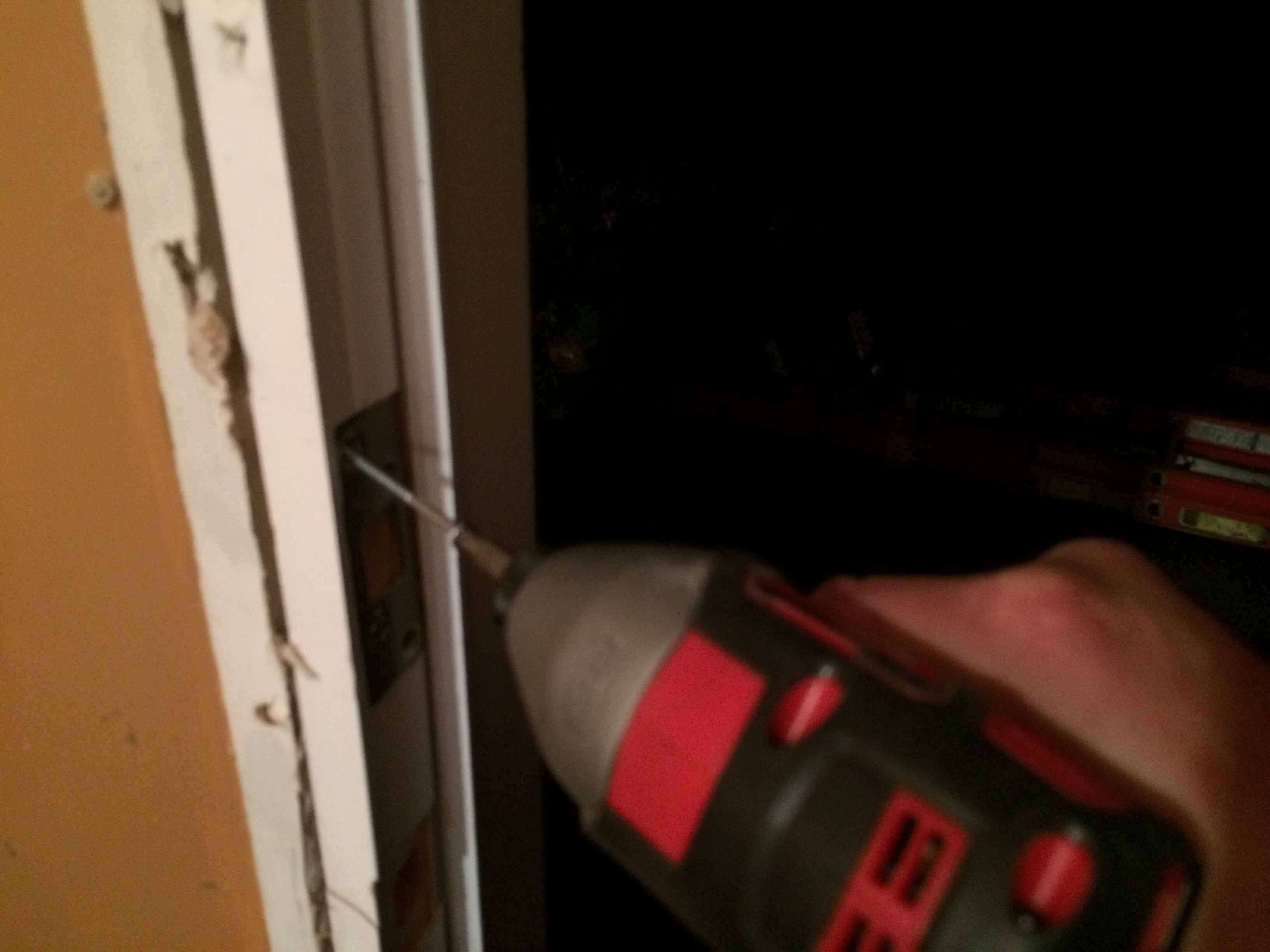 My (much larger) DeWalt drill I bought years ago still chugs along just fine, but there was a good package deal with the impact driver. Picked up a long 1/8" bit so I could pre-drill for the screws properly: 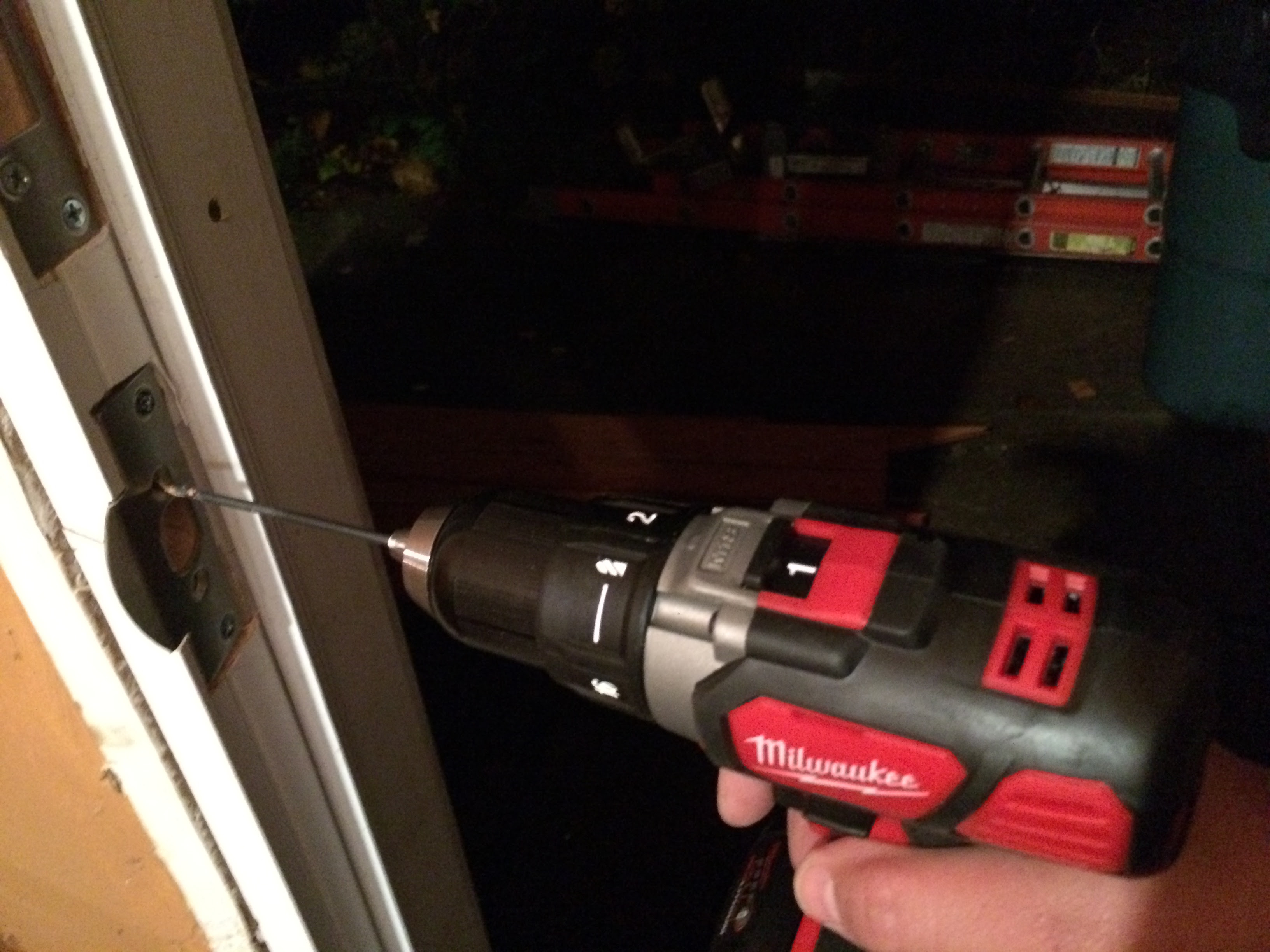 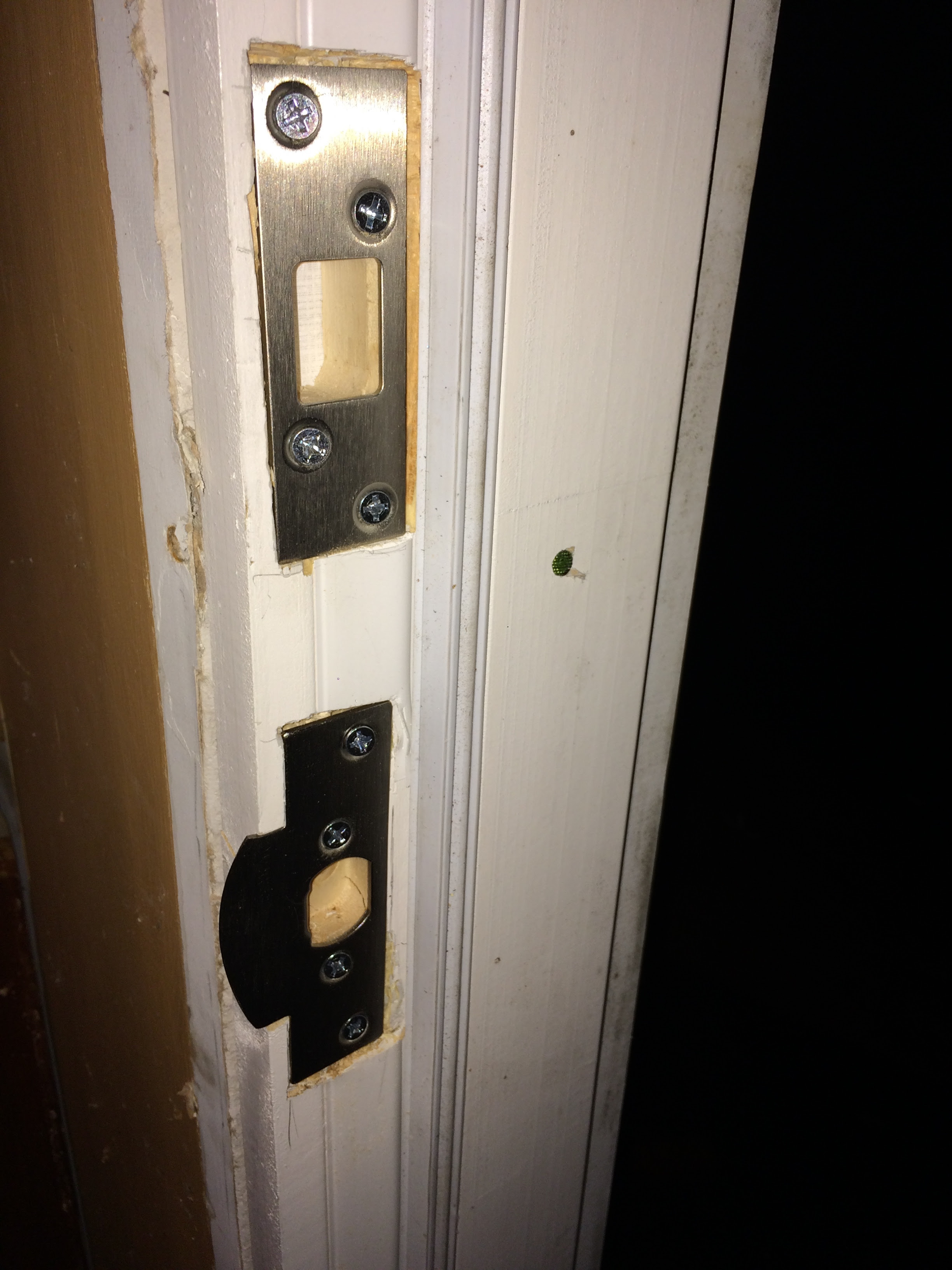 So now I've practiced on the kitchen door, time to try the front door, but damn look at that gap: 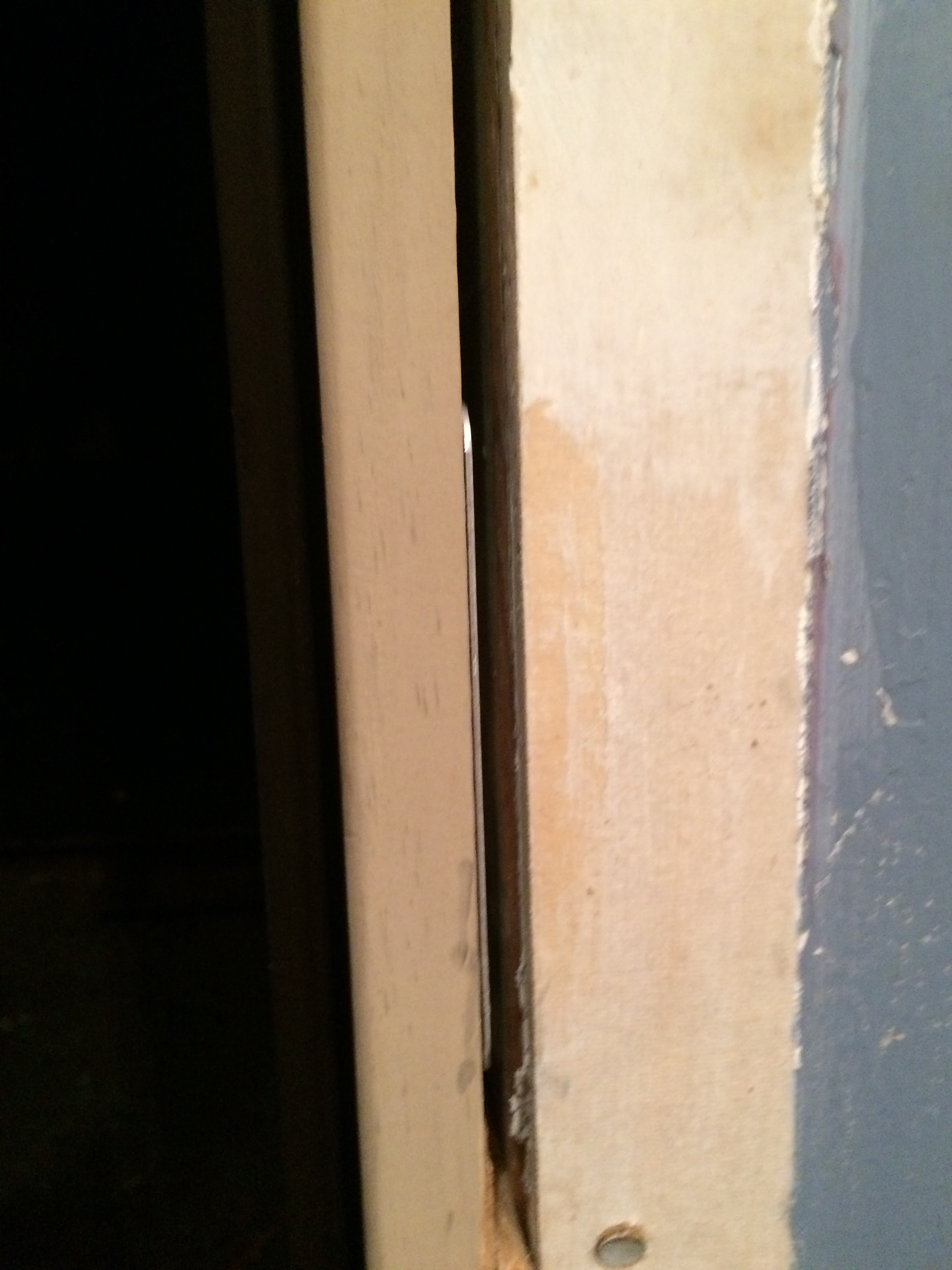 Shimmed it so the screws wouldn't pull the frame out of alignment. 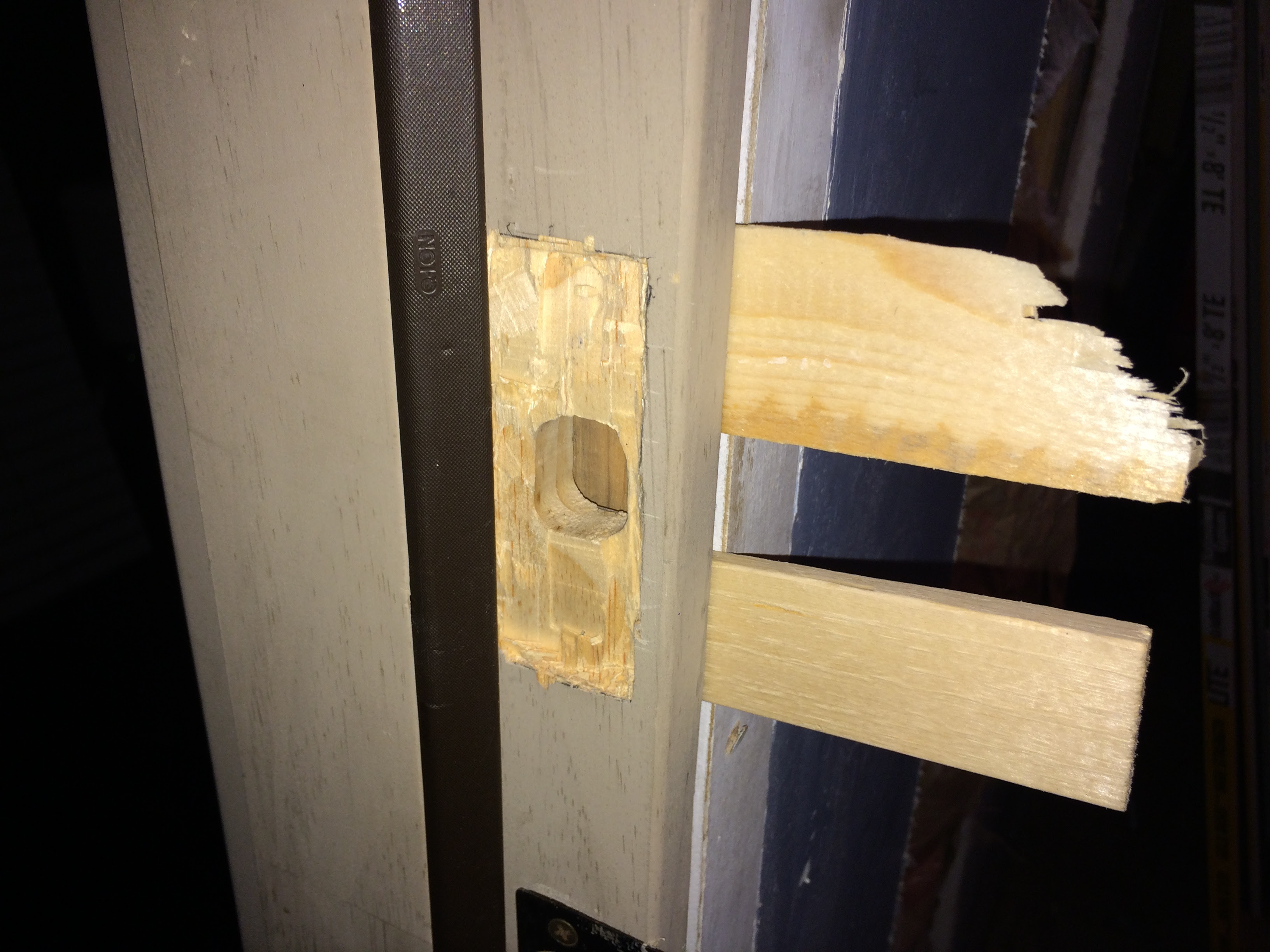 So what to do with the excess shim sticking out? Had seen Wes using an oscillating tool and it was the slickest thing for trimming tight areas: 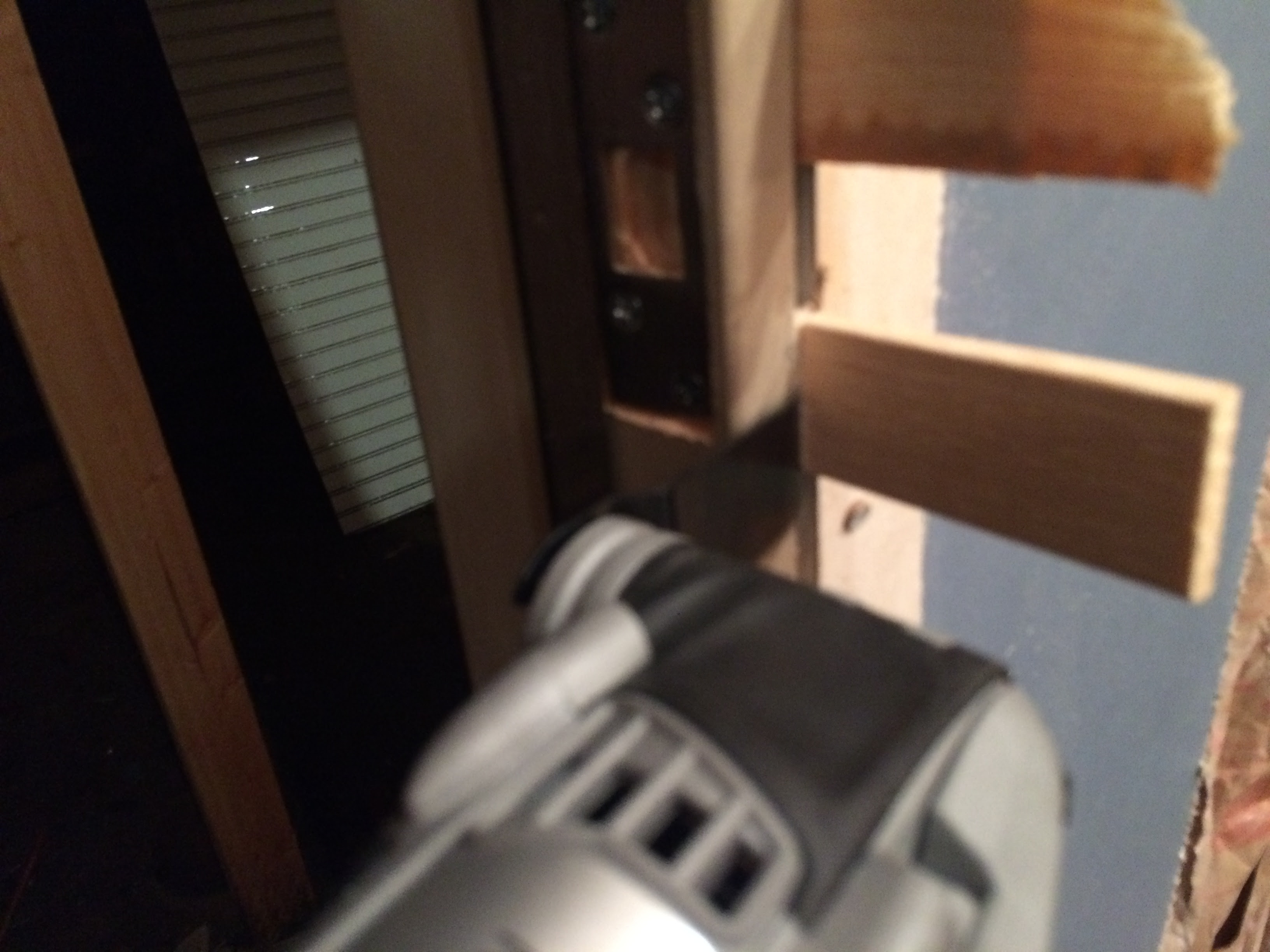 Plywood was put over the entire gable wall to stiffen it since there is no adjacent attic. I'll put up sheetrock over the plywood, and the electrician has already set the outlets at the correct depth for plywood + sheetrock. And they got the bathtub, bluebird, and wainscoting in on Tuesday.