Time to straw the potatoes

Trying "straw potatoes" again this year. Had good luck one year, another year the slugs hit me hard before I figured out what was happening.

Out of fear of the slugs, I did throw down some iron phosphate molluscide today. Iron phosphate is about as safe as you can find -- it doesn't bother many other critters other then the mollusks who apparantly really like to eat it and die. It is approved for organic farming, although to be orthodox it should only be applied when there is a problem and simpler controls are ineffective.

There are a bunch of different ways to do straw potatoes. Two general rules of thumb is add straw when you have 6" of plant growth poking up, until it's about knee high. Keep well watered. 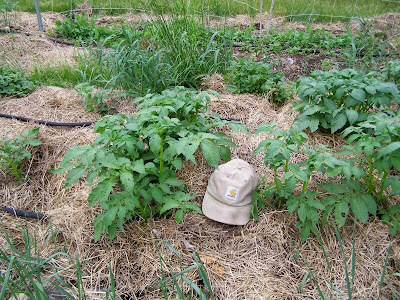 Took three wheel barrows of straw. I obtain the straw from a secure, undisclosed location where it's dumped as used animal bedding. This straw had mulched some of my raised beds over winter, which makes it really nice for the potatoes as it's starting to break down. 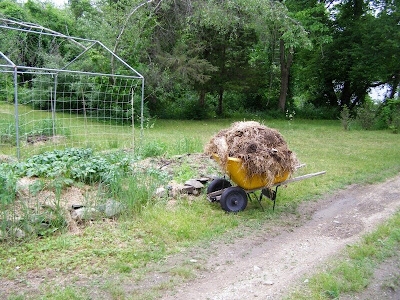 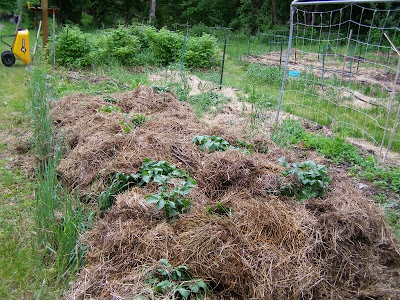