...last Thursday got skunked finding 2-1/2 trails (one I hadn't gone down in 20+ years, one I had never gone through but was almost out the other side) blocked by down trees. Which make about six so far this year. (The 1/2 trail was tight but I could squeeze by.)

So I finally broke down and got a battery saw.

When I was out and about on Sunday one trail had be re-opened, and when I go to this one (Middle Road) it was starting to rain.

Tonight my knees were feeling pretty good, and I needed to de-stress from work (which since I got back from vacation has felt like I've been getting water boarded with a fire hose...four days into the week and have yet to have a normal lunch break or not be doing 10pm emergency changes!) 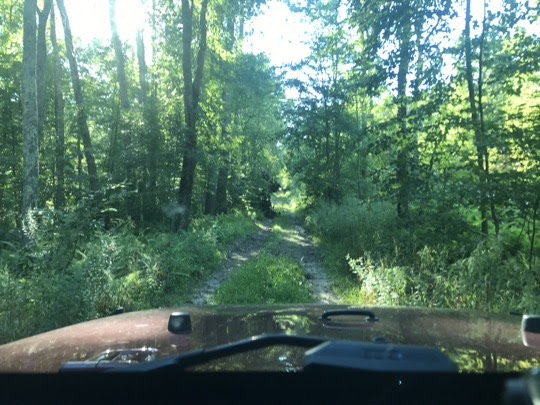 Someone had given it a little bit of love. Hard to tell if it was for horses or ATVs; I didn't really see much evidence of ATV usage and definite piles of horse poop. But if you're hauling a chainsaw on horseback, tip of my hat to you! 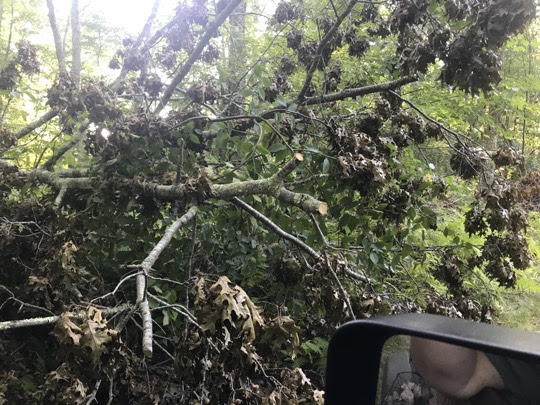 Ok, so I made this just passable. The spring pole on the right has me concerned; not worried...just need extra caution. There's a couple ways to cut them to gradually release the tension, but I'd much rather have my helmet, chaps, and a gas saw when dealing with one. (Chaps are ineffective on electric saws, so as odd as it seems I'm safer hauling out the 372XP if the saw gets flung awry than I am with an battery powered electric one.)

So I left much of the rest one the ground firmly holding down the spring pole until I return with the proper gear to deal with it. 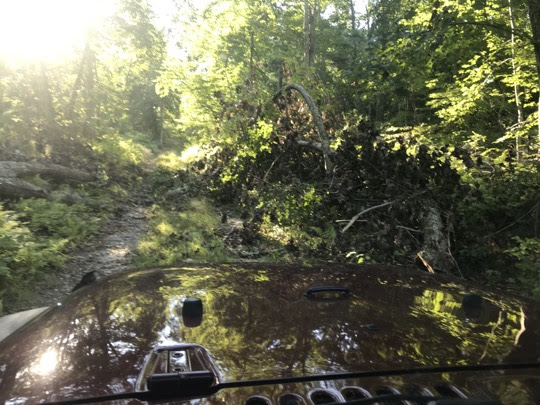 And the road previously had gotten quite a bit of love -- lot of dangerous trees had been felled previously.

...this was also the closest to needing 4wd I needed given how dry it is. Would be a fun snow road though. 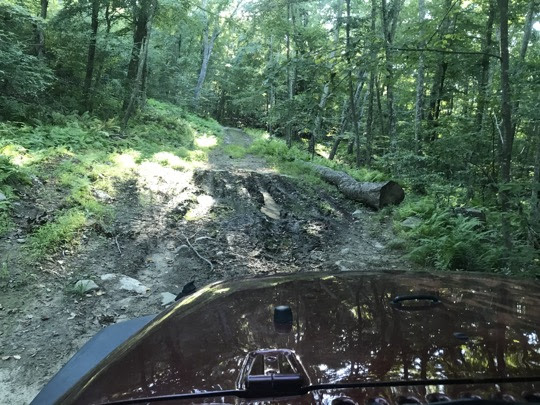 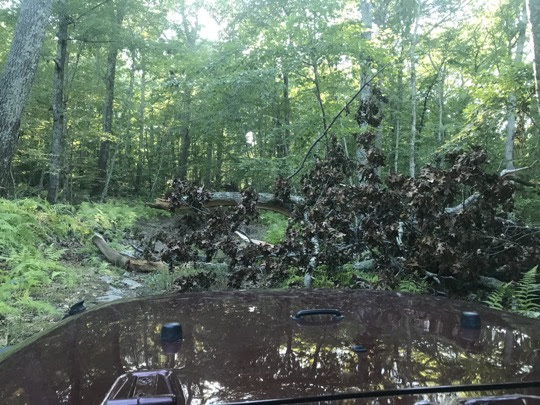 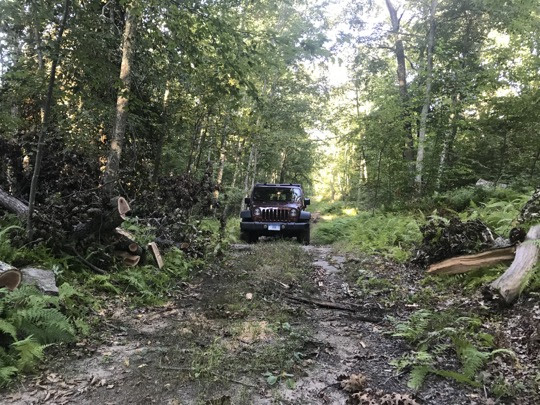 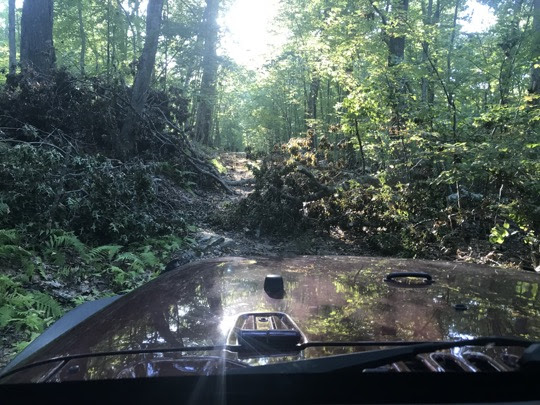 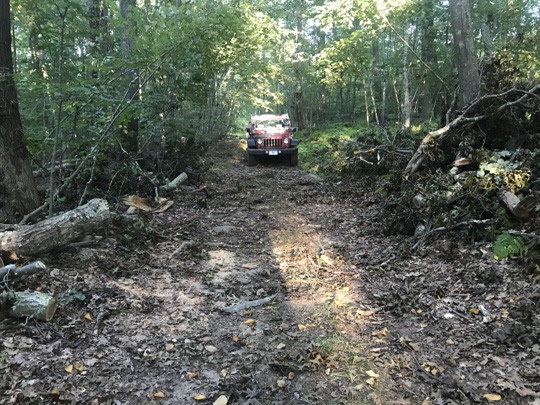 Middle Road is about a mile. I also went down Nutmeg Lane which is also about a mile long and all but a short section near one end is open to travel; I remember going through here years ago. Got gated about 20 years ago. Glad to see the owner now allows self-propelled persons through so I at least happy to see that instead of it being completely closed. 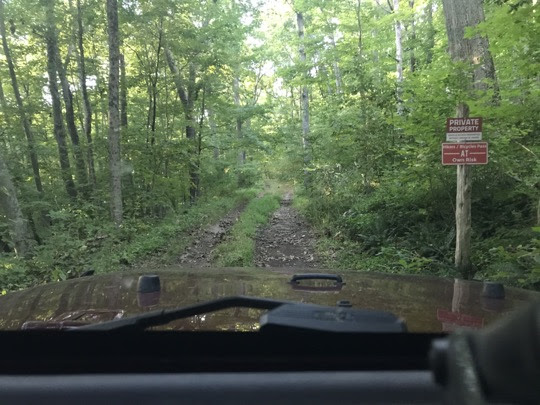 Nearby clear cut, mostly I assume from gypsy moth damage. But the state had already started to do this style of clearing to encourage much greater forest diversity before the widespread oak die off occured. 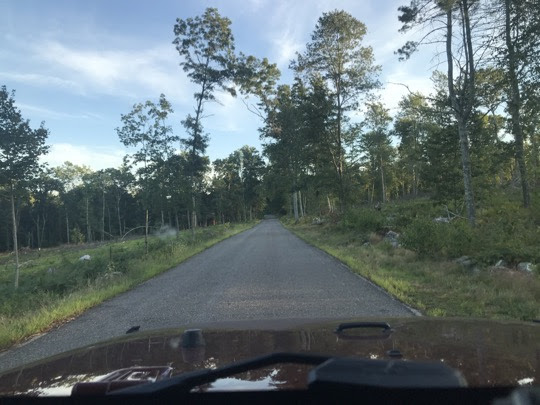