Breaking out the tie rod ends with a pickle fork...guess I'm committed now because it won't come out right now either :D 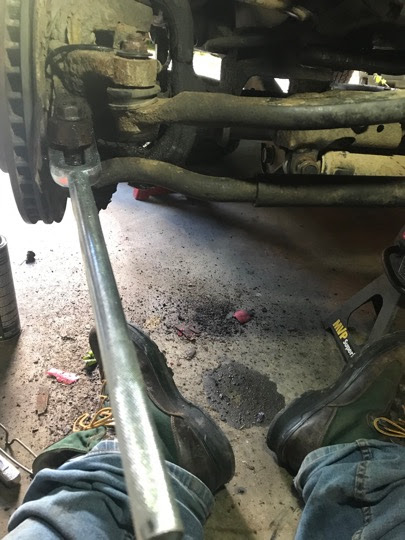 Huh, more stuff to order. There is SUPPOSED to be a bump stop in that cylinder. Nothing on the passenger side (which had the broken spring), only some crumbling remains inside the tube on the drivers. :/ 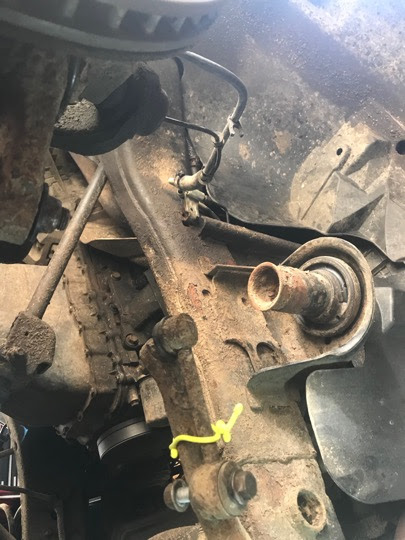 Note to self: Narrow end of the springs go up. 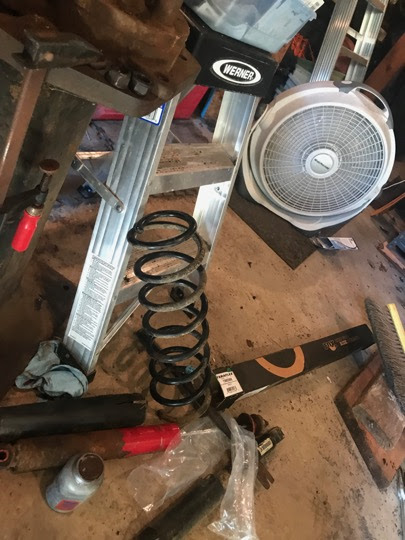 So the Fox stabilizer doesn't mount where the factory one does, but instead has an extended bolt that replaces the track bar bolt. I was trying to avoid disconnecting the track bar, but oh well. So with the extra room I went ahead and go the passenger spring out. To line the track bar up to put the new bolt in I'll need to use a ratchet strap to pull things into alignment. So I might as well leave it down until I get the new bump stops and springs installed :/ 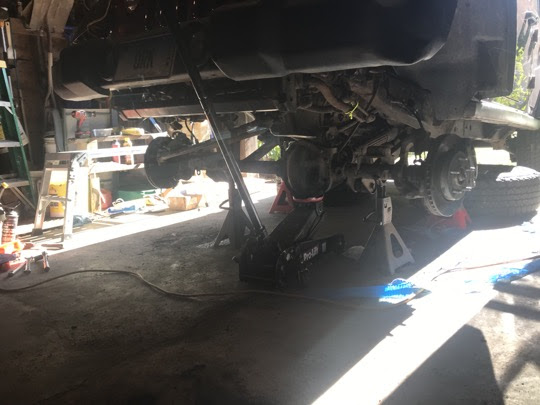