Going back to clean up C Road, Woodstock...well that's interesting, it clearly fell since in the last few weeks because I couldn't have driven under it! 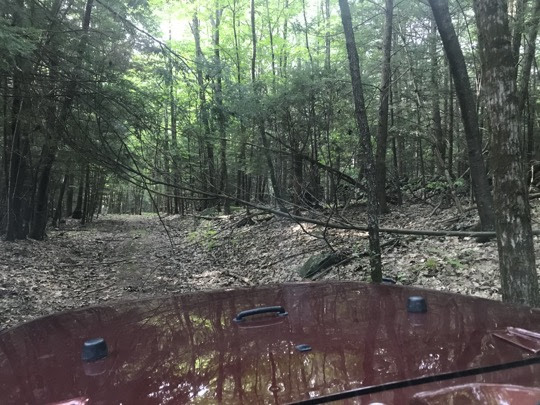 That's an unusually long cellar hole! Usually when I see them in the woods they're square. I'm guessing this was a bit bigger house than many of the old abandoned ones were. 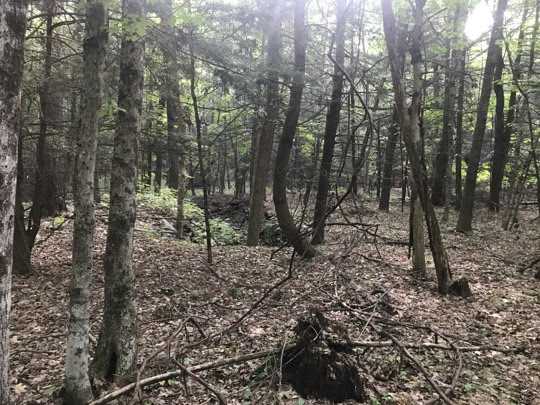 I'm scratching my head, I didn't take a picture last time I was down this road. Could've it possibly fallen and been open in between? 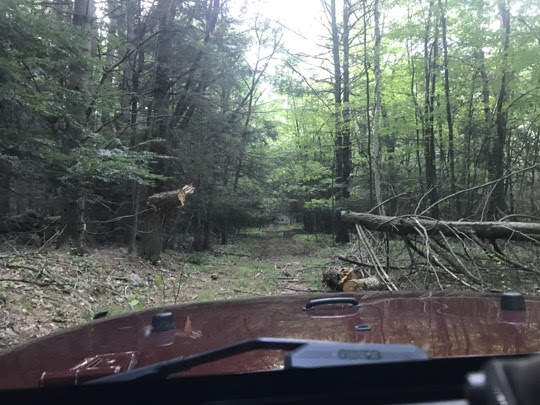 Ah, today's goal I found a couple weeks back... 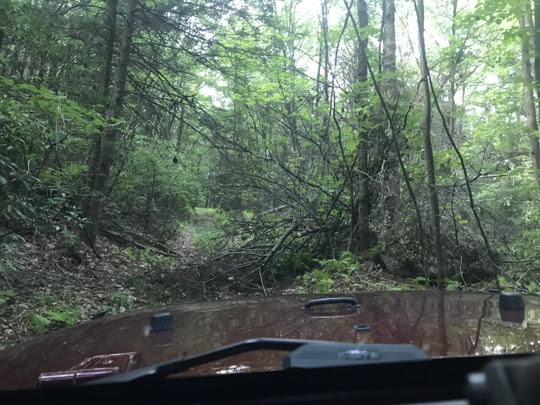 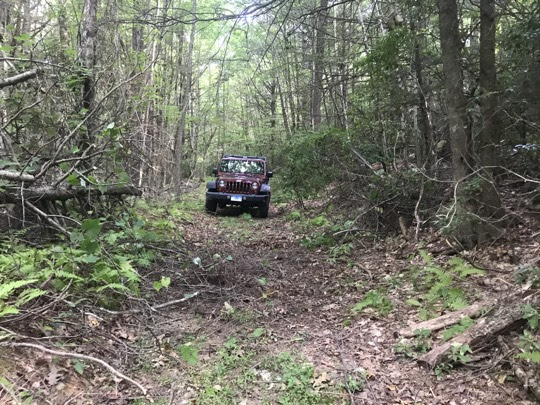 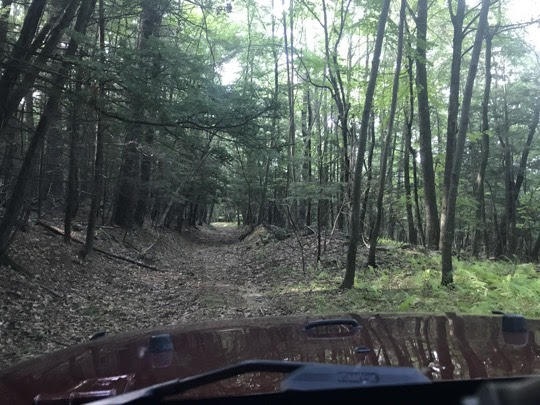 Canada, eh? Almost made it. I could see the hay fields behind the house just before the state highway. I reckon I should come back with the 372XP to make quick work of this one. 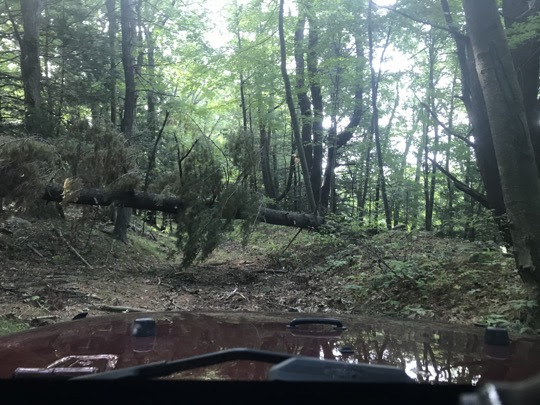 Went home, did some chores, did a dump run. Too hot to bother doing yard work...let's go explore C Road, Plainfield. I've never been down here past the first slick rocks on the trail before. 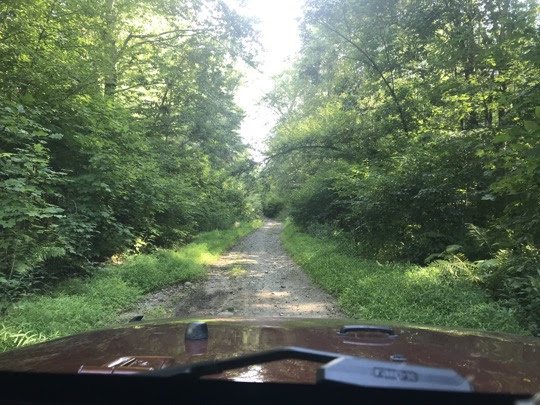 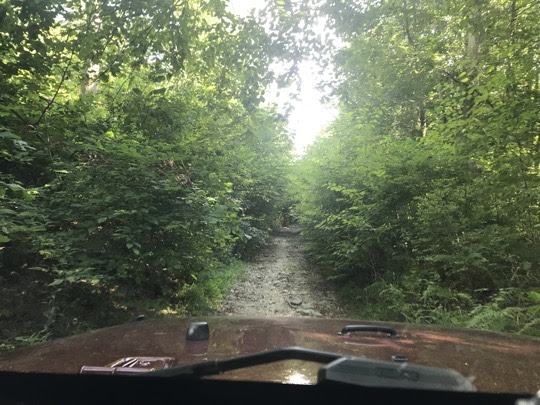 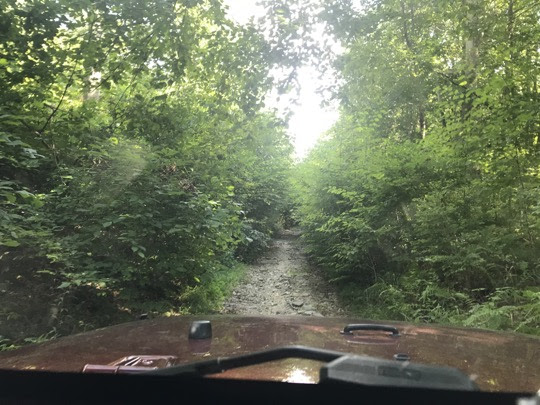 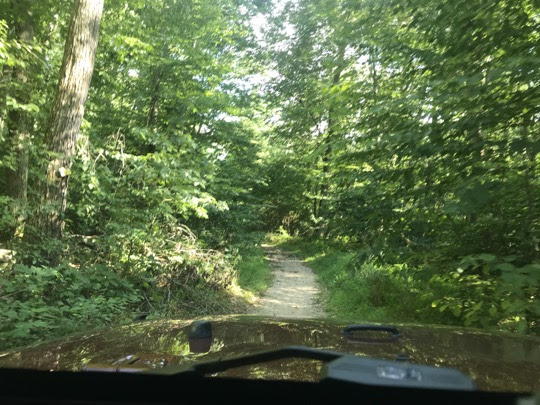 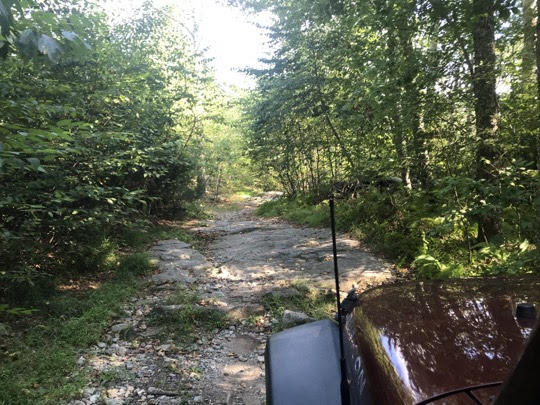 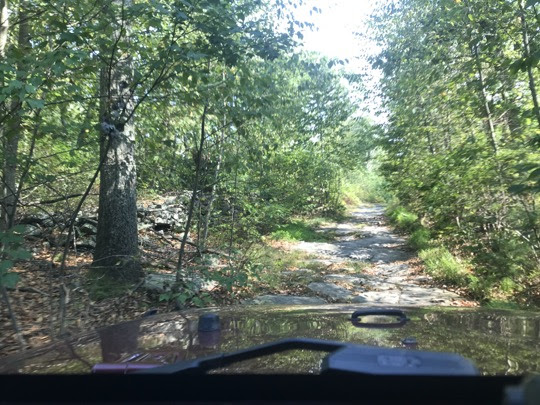 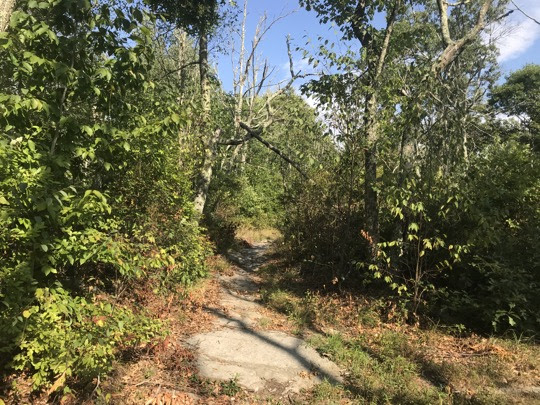 Side trail for future exploration. 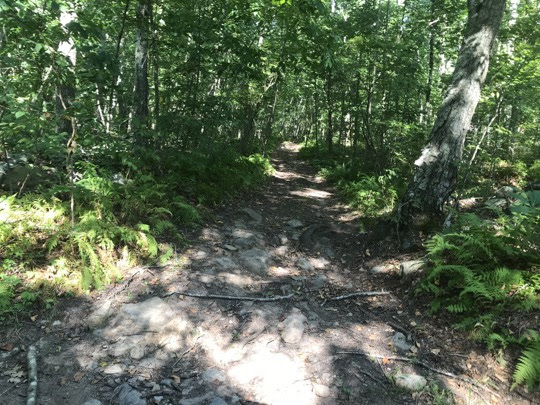 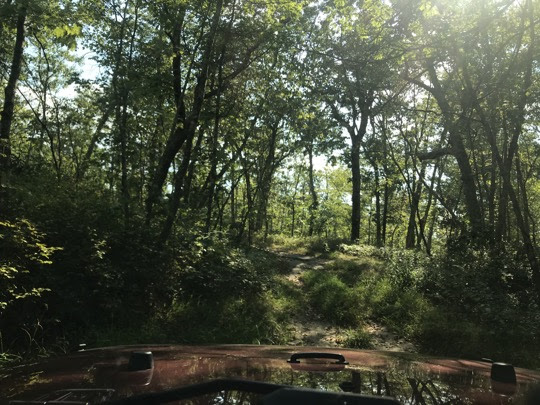 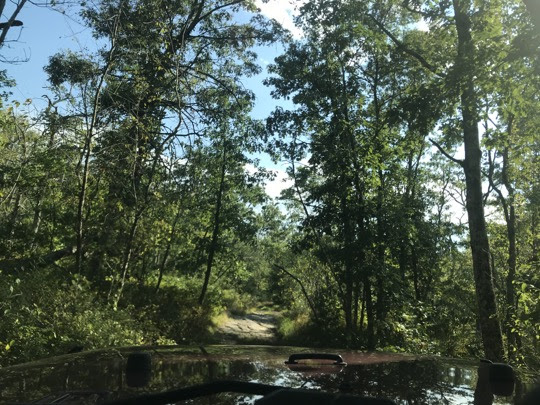 Picture doesn't do it justice, and it wasn't much, but I didn't want to tackle this alone and/or without a winch. Maybe especially alone. Going this direction I don't think it's bad. Coming back, that bit on the right, looks like it would be tough to climb up -- a pretty significant step.

Plus I know from previous recon, the other side of the road is strong barricaded with stones (although from aerial photos I suspect you can go through the neighbor's driveway to bypass it if you were friends with them.) 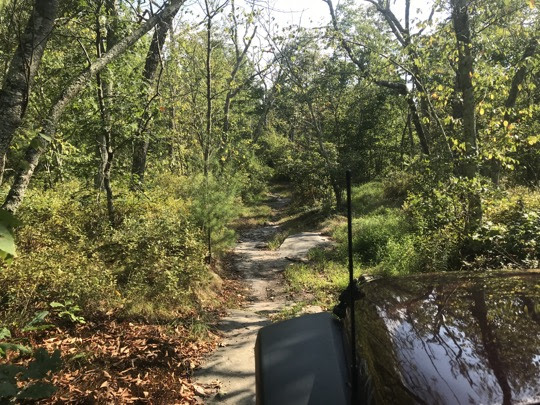 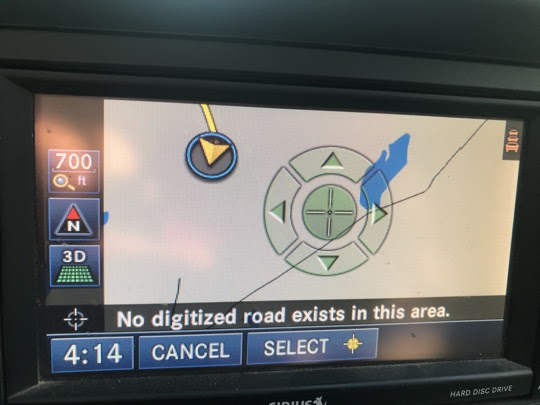 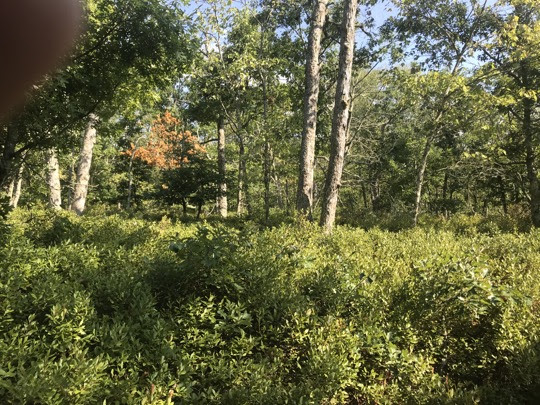 No doubt about it being a legal trail :) 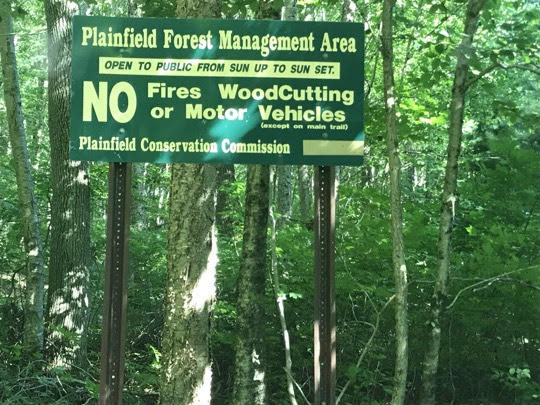 While I'm in the neighborhood, lets go down D Road...well shit that fell in the last six weeks 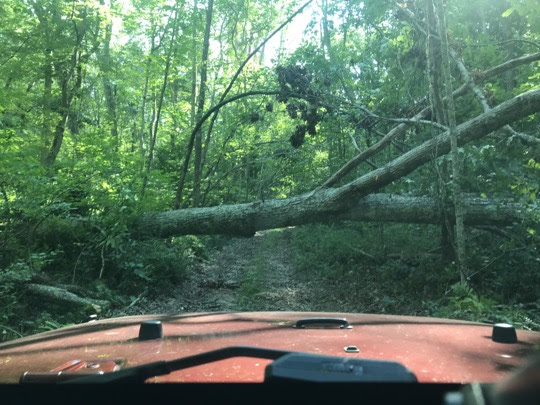