Actually wanted to get going a bit earlier to try and avoid Worcester traffic as much as possible on the ride home... 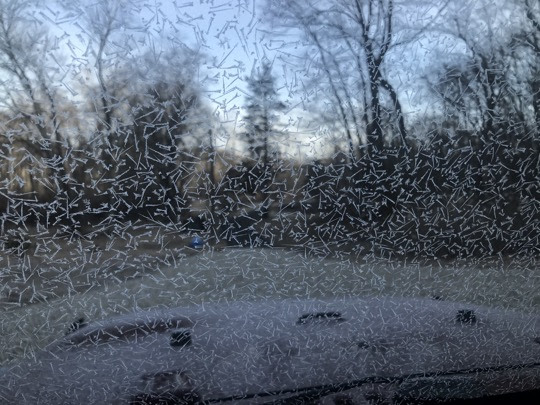 Forgot to take a pic before leaving the dealership, but picked this up in Leominster :). I had seen it on Craigslist back last fall, I like that the gate can fold "in" flat against the deck so if I need to haul say 12' or 16' lumber I can do so (watching my departure angle)

They seemed to have a good reputation too; the dealer still kept trying to sell me on it after I put money down last weekend saying he was thinking of buying it himself once the new stock he didn't like the design of as well came in. Also said when I was picking up someone called wanting it from Poughkepsie...that's a haul!

Also, writing a check on February 29th was quite unusual! Probably last one ever, since I hadn't written a check since September. 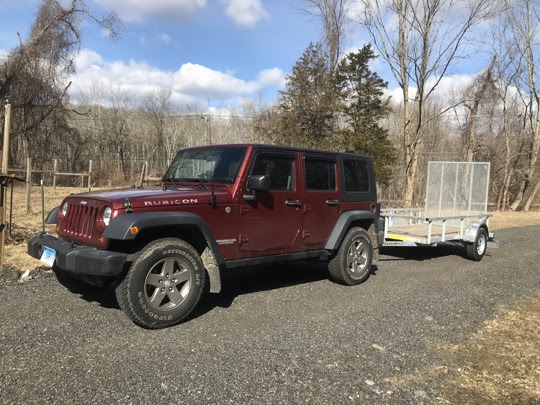 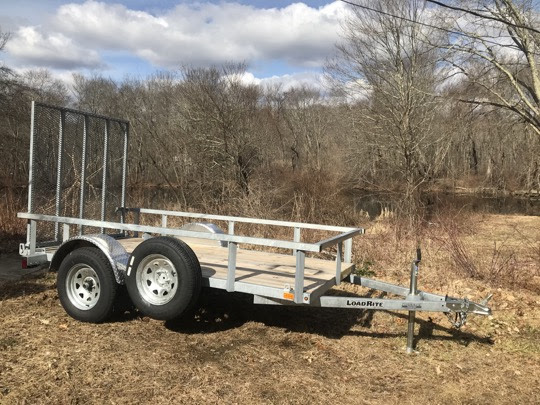 After helping Ed a bit at the garage (mostly getting a key), decided I could try that old fire road towards Bailey Pond in Pachaug I've wanted to do for a while. 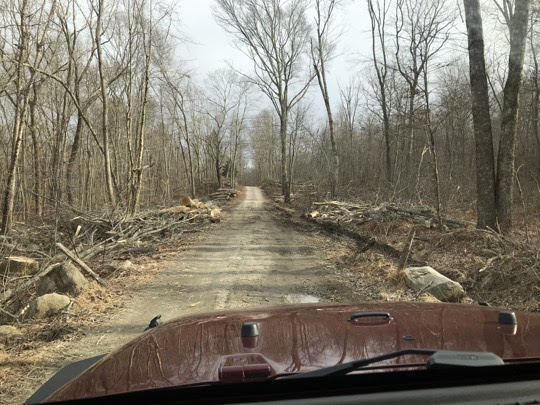 DEEP doing a lot of hazard tree removal along the roadway heading in! I know there are some foundations along this road. I always wonder if some of the more impressive stone work was a once prosperous farm or CCC make work...note the steps built in here: 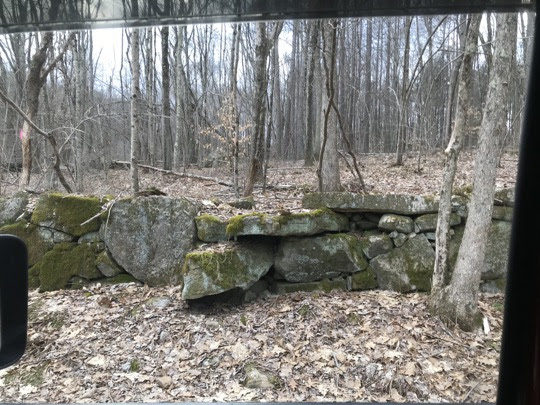 Well shit, I guess I'm not going down the back way to Hazard Pond today (I believe this is old Bailey Pond Road, which there is a decrepit bridge at the north end of Hazard Pond and thence across the road Bailey Pond), will need to return with a saw: 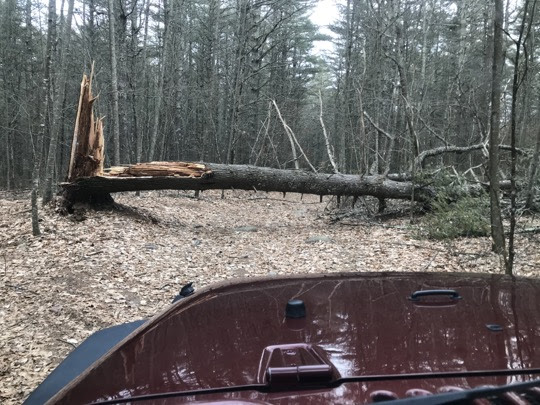 May have to explore this one day...probably on bicycle :D . Not really sure what it is, doesn't seem to lead to an inholding looking at GIS maps unless it was an inholding and the state took down the chain after they bought it? 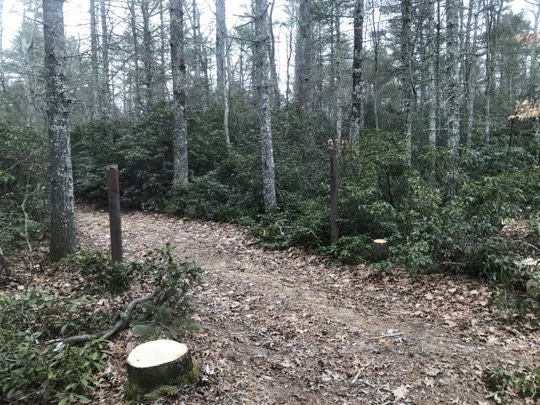 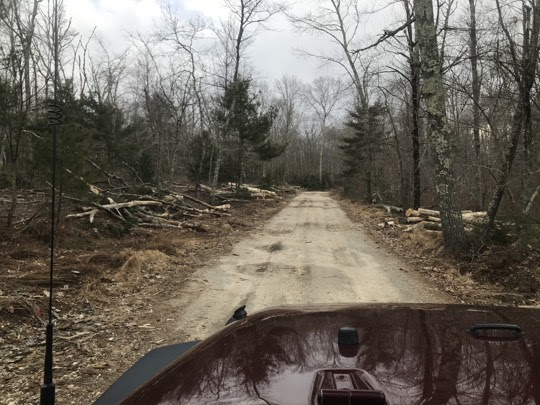 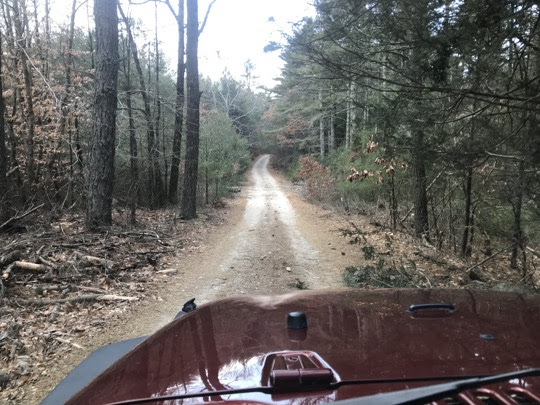 "Great Meadow Brook Pond" -- Pratt Road used to run over where the dam is (more or less). Not 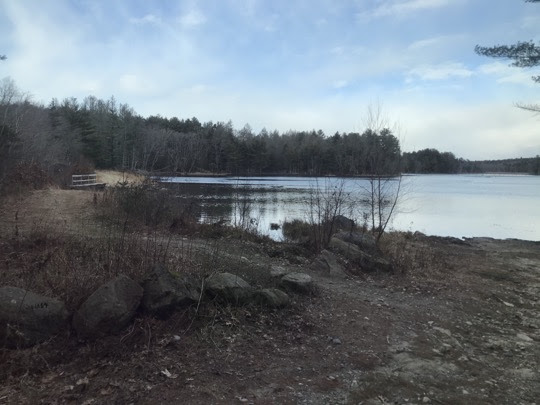 Not sure when it was built, but it's part of several wildlife projects in the immediate area. 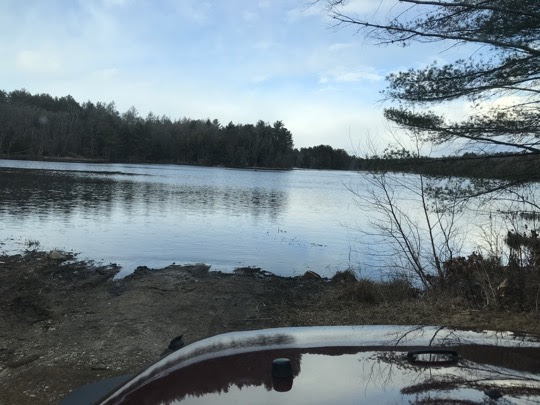 This is another wildlife enhancement. 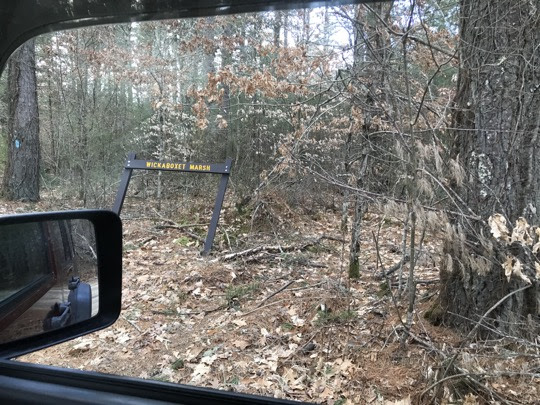 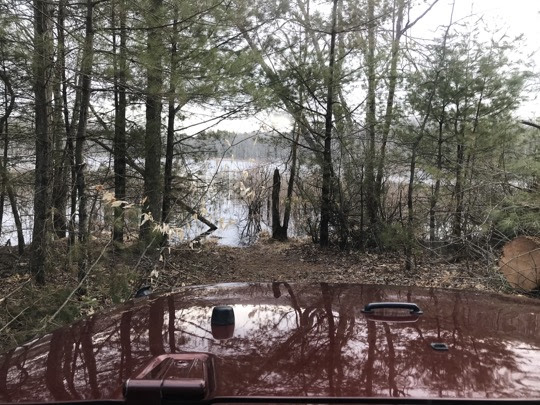 Beach Pond is a bit low! 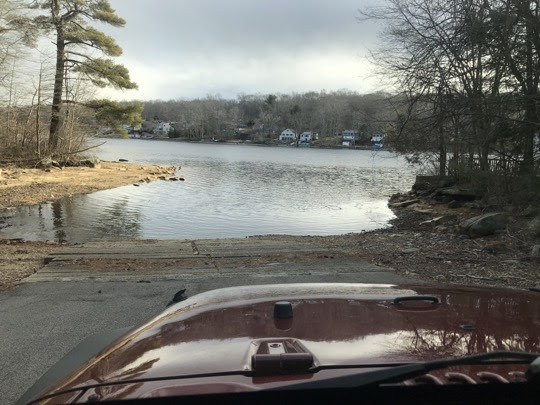