...more to come :D https://www.youtube.com/watch?v=w-yZ9Fq6YQA So came out Sunday morning after the Jeep club run, battery was deader that a door knob (5.8 volts). The old battery tested bad at Advanced Auto so I bought a new...still no dice. Wouldn't even try to turn over, looked like the computer wasn't recognizing the key -- it wouldn't operate the locks or the alarm, and the battery tested good.

So...since step #1 of installing the new fat guy seat brackets to move it back a bit more is disconnecting the power for 30 minutes for air bag safety, might as well install the new brackets :) 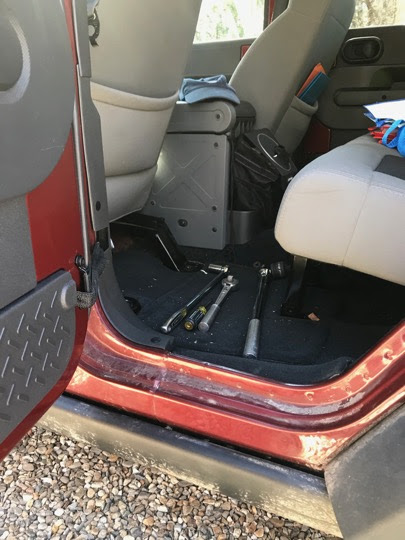 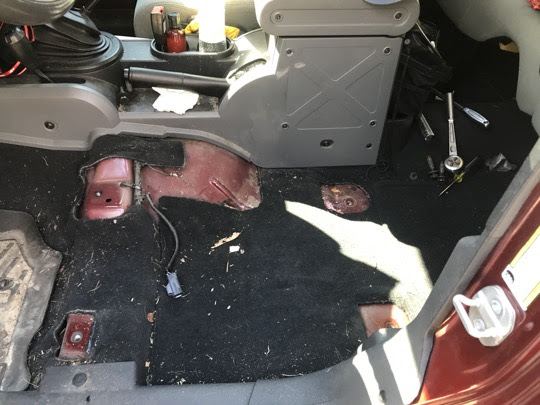 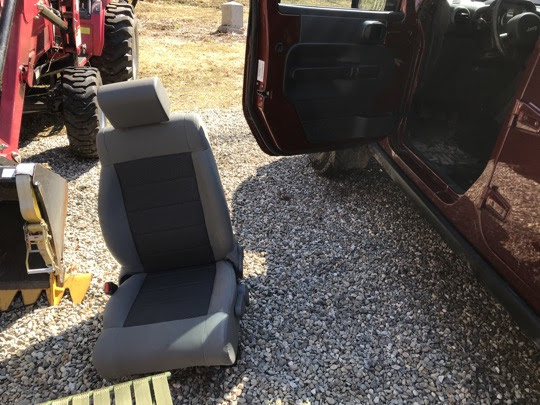 New brackets installed, complete with a bit of never seize :) 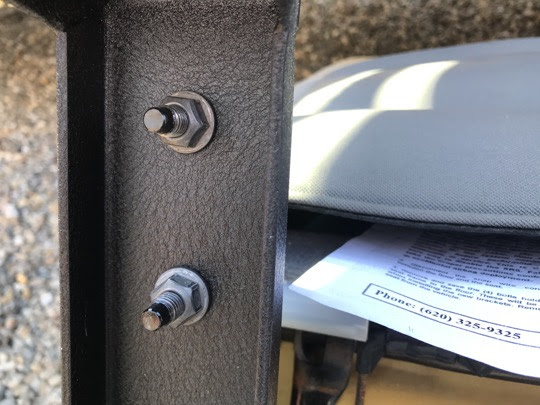 License plate was a casualty of off-roading. Extended delivery times due to Corona, so temp repairs until the new one arrives: 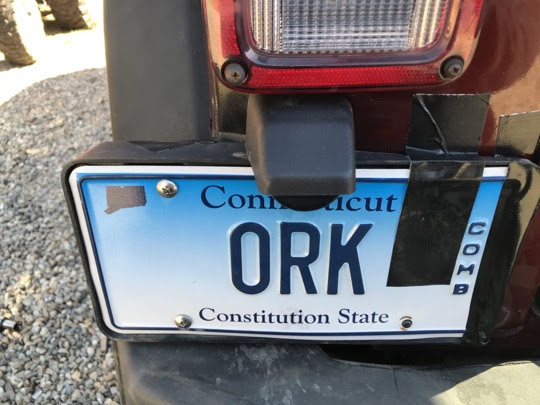 Yeah, that's just not good on the display... 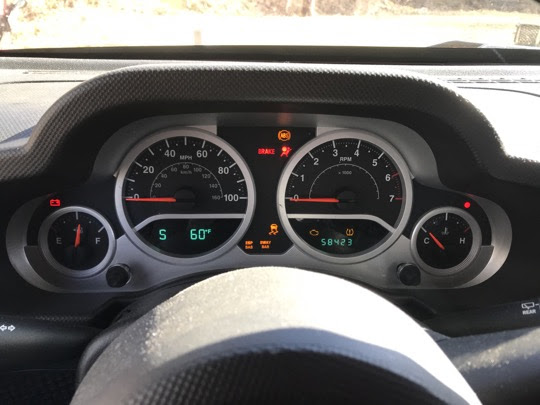 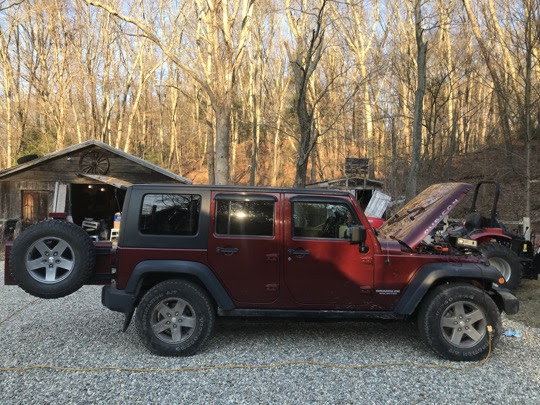 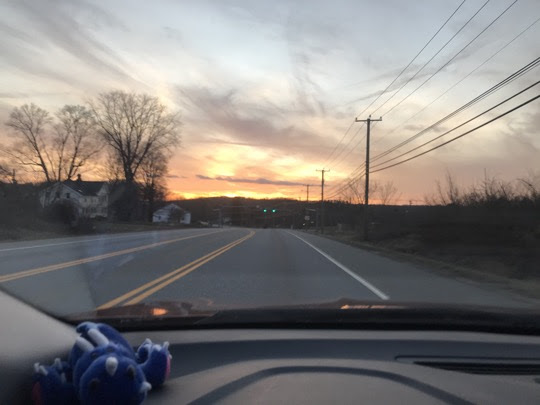 Few days later, still trying to hunt down the parasitic load that is probably my problem... 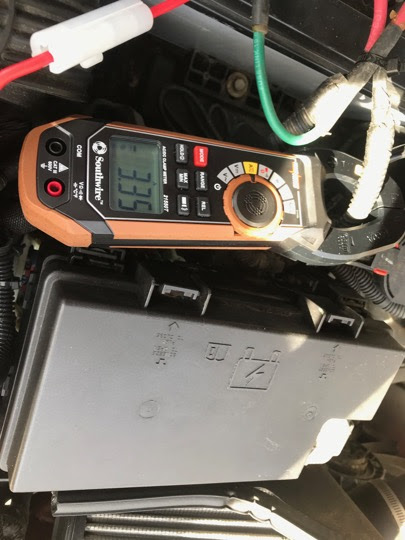 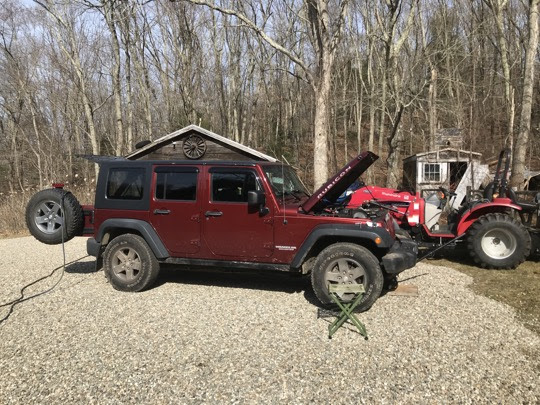 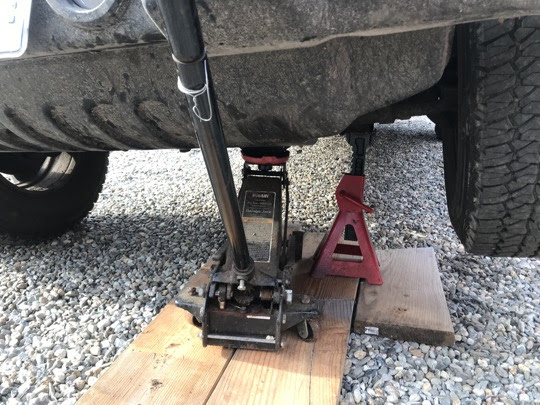 Conceded it was time for the dealer. I was suspicious of the computer that recognizes the key having an issue, which means the dealer would have to re-program the key anyway. 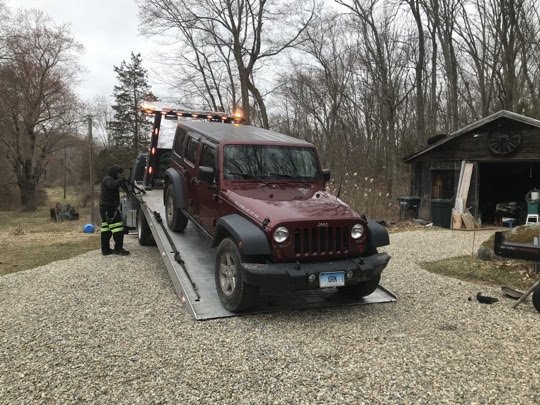 Ended up being the electric disconnect for the front sway bar had a short, which was preventing the computers from booting o_O. Took the dealership techs several hours to track down. They disconnected it. I can convert it to a manual disconnect for $95 plus about a day of my time...parts have already been delivered, just need to clean up my garage enough I have a bench to work on to replace the parts (have to remove from Jeep to do the job).

While it was at the dealer, had them make another ignition key. At $300 that was almost a third of the bill by itself. Holy profit margin. 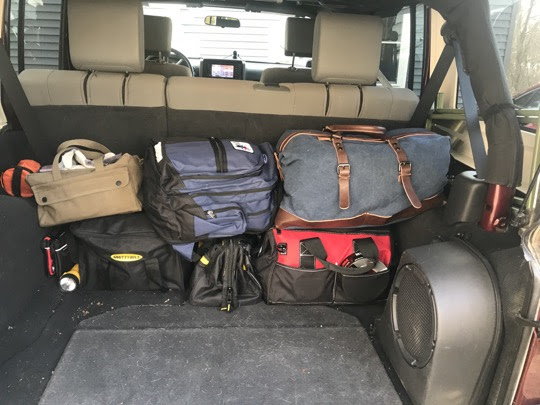