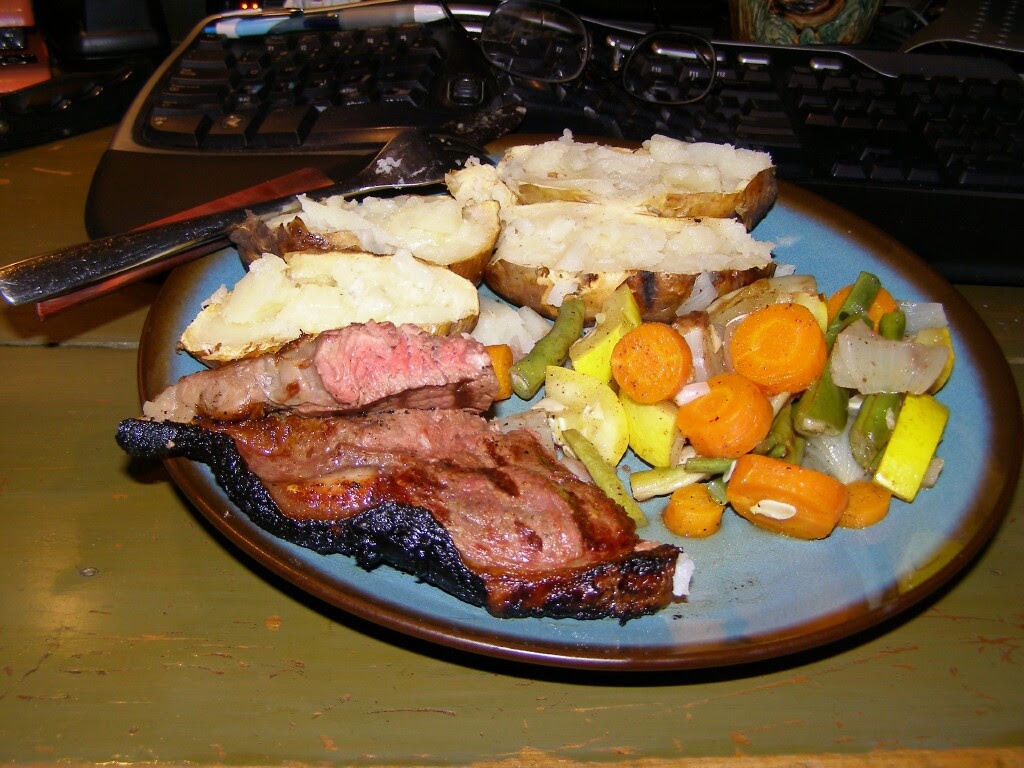 High heat, five minutes per side, five minute rest -- the first bite almost melted in my mouth. Wish I had plates I could heat up like they do in the steakhouses to keep it warm during the meal, of course I'd have to clear off a real table to eat at instead of my computer desk while watching Star Trek Next Generation on Netflix :D

It was the best one I've ever cooked, and one of the best I've ever had -- last time I had one in the same class was to Ruth's Chris.

All the veggies except the carrots were from my garden; the taters I dug up coming home from the data center this evening -- not five minutes from the dirt to grill.

Veggies were coated in olive oil, dash of pepper, dash of Chinese Five Spice and grilled for 20 minutes.

I've gotten used to eating a palm-sized piece of meat usually -- and my eyes proved bigger then my stomach even with the great steak...one of those pieces and one half of a tater went to the fridge (along with the rest of the T-bone!).