Yes, that is an open Radio Shack. Forgot to take a pic of my Jeep in front of it before leaving the area :(

A George's poultry packing plant. Google says it is the second largest employer in the county.

First goal for Wednesday was to work my way up to a campground and get the tent set up before it got hot.

"Camped" at Wolf Gap in George Washington National Forest. This was a free area. It wasn't until later in the trip I started to find "dispersed" spots I could've also camped in.

I put "camped" in quotes because with the heat and the rain, I spent way more time in my Jeep than I had expected. Pretty much just slept there / unwound in the evening.

Wolf Gap is on "Little North Mountain" -- what I figured out over the week is the terrain goes North Mountain, north fork of the Shenandoah, Massanutten Mountain in the middle of the valley, then South Mountain. The amount of civil war actions in the area is amazing -- it is the same South Mountain that the Confederates marched over the Chambersburg Pike on their way to Gettysburg.

Drove down to Edinburg again that morning, wanting to get maps from the ranger station. But unlike out in Utah, this office had them inside -- and at least by the day I got there had a masks required sign up on the door. Don't think I even had one in the Jeep, and no desire on a hot day to put one on just to go get a map.

Out of Edinburg and getting back into Woodstock.

Turning off the main drag (US 11) and headed towards Peter's Mill Run which is a Jeep Badge of Honor trail on Massanutten Mountain.

Massnutten is a really interestingly shaped area -- it is said George Washington considered the "Fort Valley" as an alternative to Valley Forge. 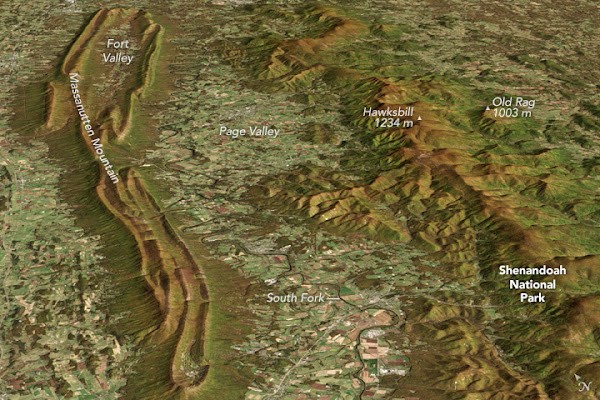 Entrance to Peter's Mill Run. You're supposed to buy a day use pass, but I didn't know this until I got there and wasn't driving back to find one. If the Ranger Station wasn't requiring masks I would've found that out in time...

It isn't a difficult trail at all for any Jeep. With a good spotter and a lot more time I could drive a Subaru through it.

Off of Peter's Mill Run.

Area where the trees had been killed by a wildfire (guessing from a "Prevent Forest Fires" sign I saw nearby).

Why are Virginia deer so damn small?

Out of the forest and exploring around Front Royal (needed tent stakes, which it ends up I had but had fallen under the tent when I set it up, but the tent stakes from Harbor Freight were much nicer) and back towards Woodstock then to my campsite. Staked down the tent, which was about the only real work I did.