But first...oatmeal with frozen fruit nuked :) 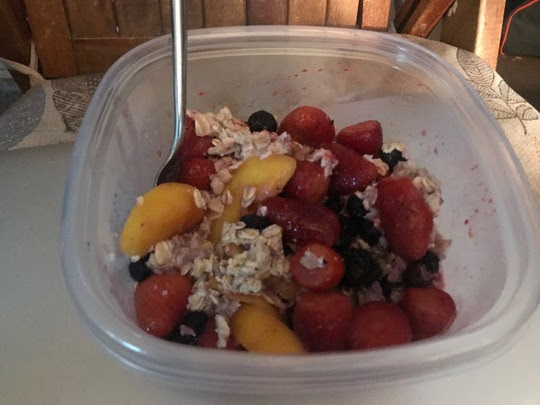 ...and it was probably a good idea to Fireball the hot cocoa given how the day quickly devolved... 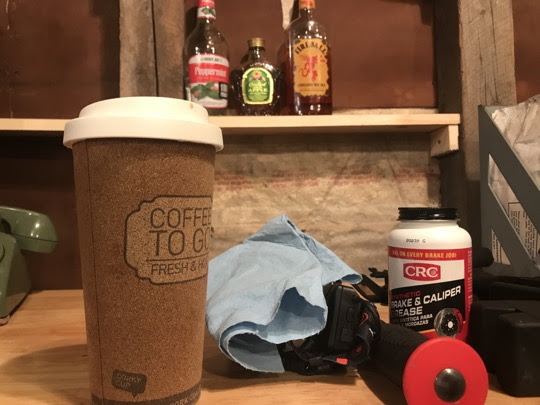 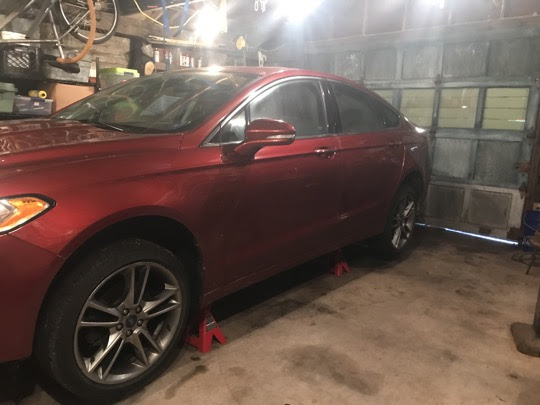 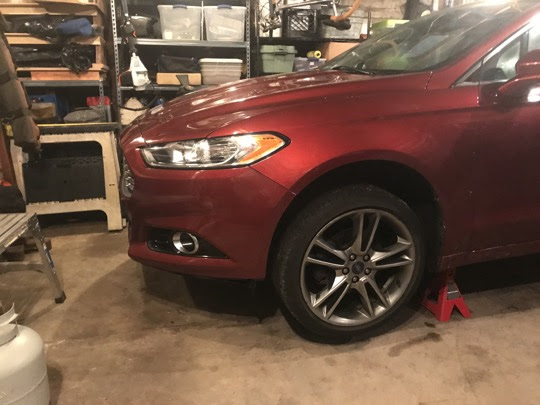 Fucking two piece lug nuts. Fuck them with extreme prejudice. So the 19mm nuts had swollen so a 19mm and 3/4 didn't fit, and a 21mm and 13/32nds were too big. Had to drive by three other auto parts stores to get a 20mm from O'Reillys.

Which then couldn't take off one lug on the Left Front, got them all on Left Rear, and got stuck on the Right Rear.

So off to NAPA for a bolt so I could put it in the vice and use a punch and hammer to knock it off... 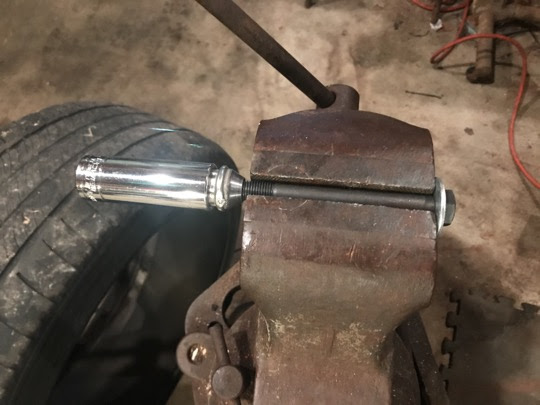 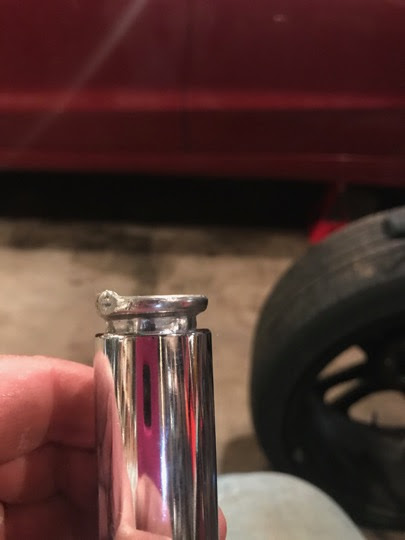 Out comes the air hammer that I can't remember last time I need to use it. 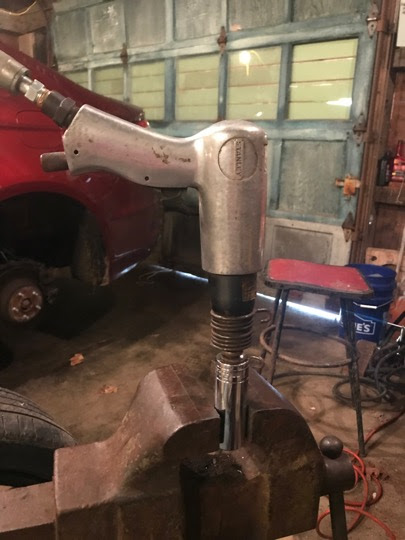 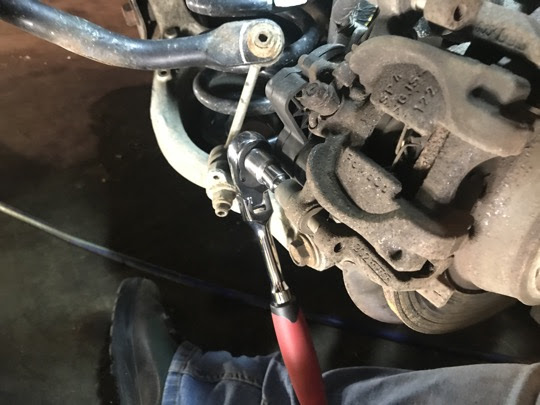 LOL...the grinding noise that worried me into parking until I could do the brakes...was a stone that got stuck between the rotor and shield. 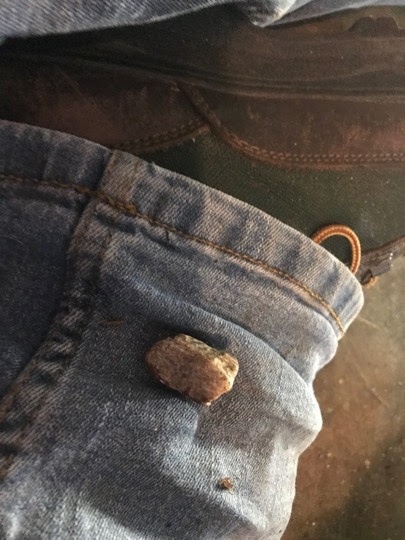 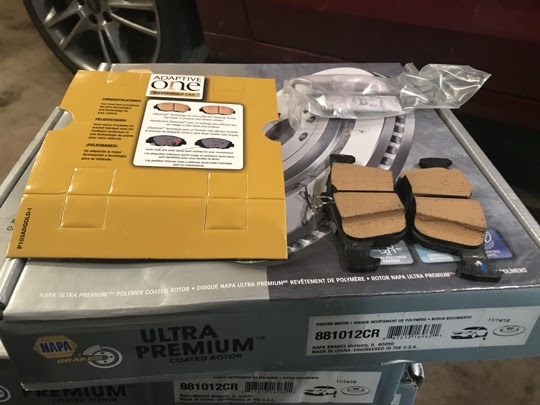 So lots of conflicting info online...some folks say just push in the caliper, some screw. Definitely needed to be screwed...for now... 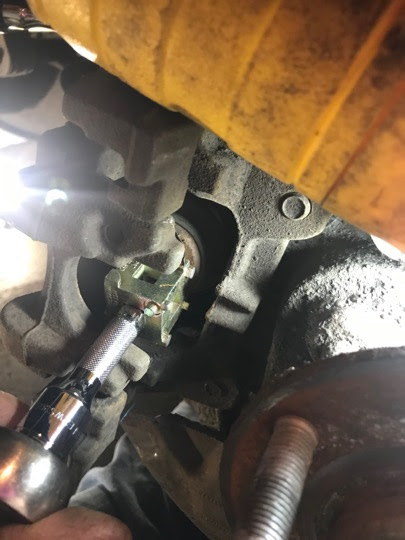 Guess I could've gotten away without the rotors...still have ~103,000 on the old rotors so I just ordered some while I was at it. :/ 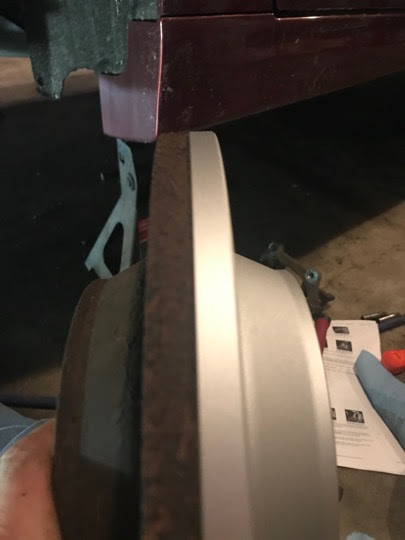 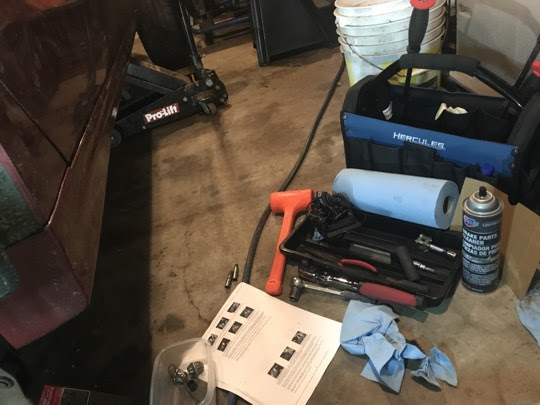 The brakes on my '09 Fusion were total shit. Complete shit. They were stuck the day I drove it home with 25,000-ish miles from the dealer. I did brake pads every 20,000 or so miles. 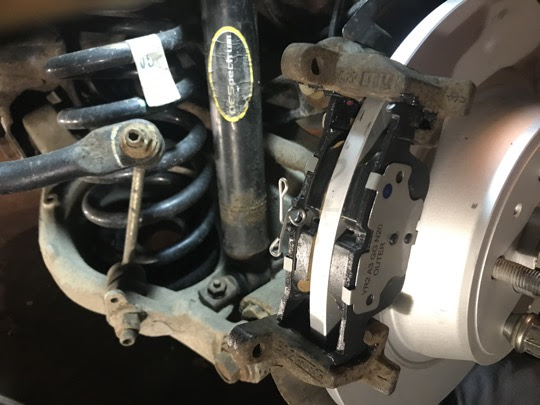 Oh the whole "turn" v. "compress" conflicting info? The one kid who got it right was the one who used vice grips on the side (instead of the notches) to turn them. Once turned in, the didn't fit but compressed easily to finish. 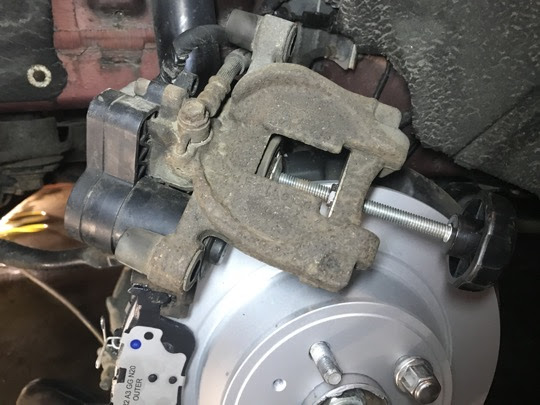 Anyway, 1 down. By butt was getting cold despite sitting on a towel.

I'll bring out a patio chair cushion tomorrow to sit. This damn car is so low I can't get it high enough to sit on a bench, hell I'd need a two post lift to do an oil change o_O

So I'll finish two more wheels tomorrow...but I'm afraid the LF will likely need a trip to Sorels to have the bad lug nut removed.