I was on call with work, so I couldn't go off onto the trails with a group. But I knew they were in the area so I figured I'd swing by and say hi.

I could explore Joe Sweet and Elbow Rock roads more than I had in the past, I knew from maps and aerial photos they didn't look too intimidating.
But first, who was the asshole who parked this close to my Jeep in my own driveway? 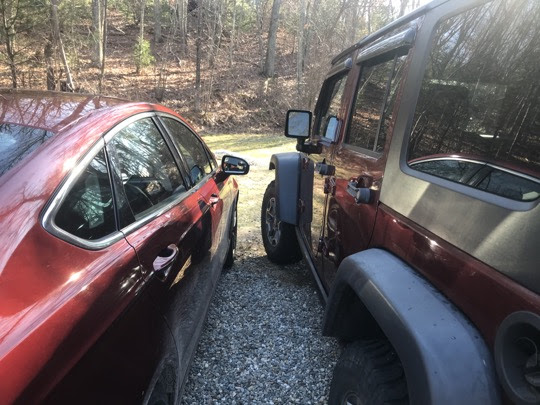 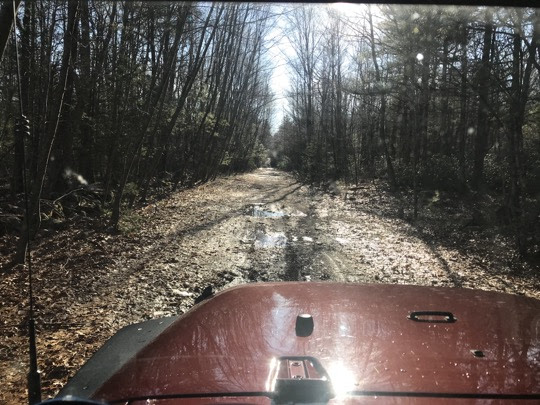 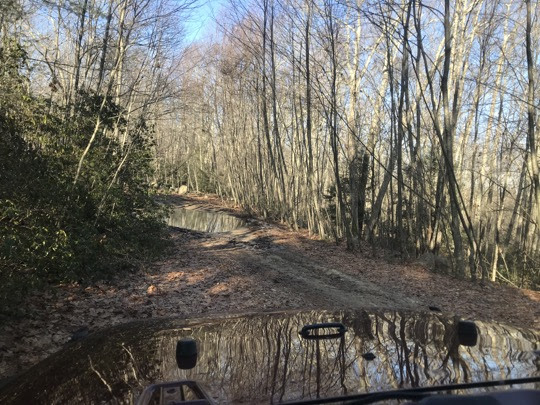 Last time we ate lunch here, so I figured I'd start off here. Didn't get here till 1pm, but I could hear them on the radio; turns out they did this area earlier on. 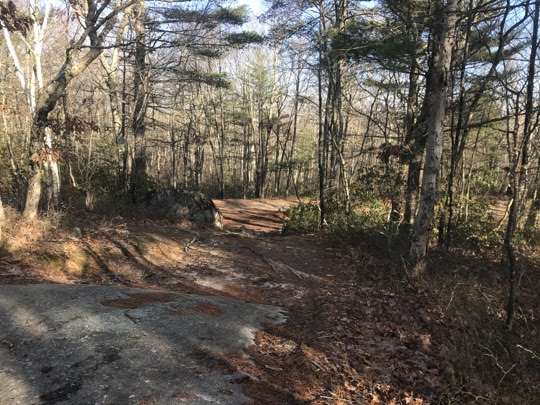 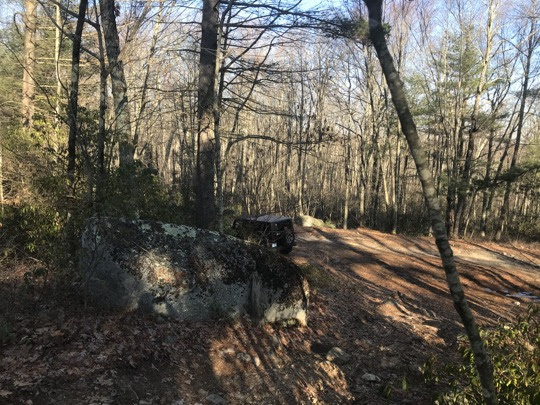 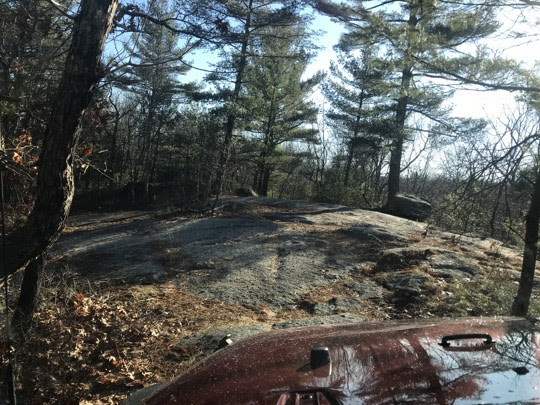 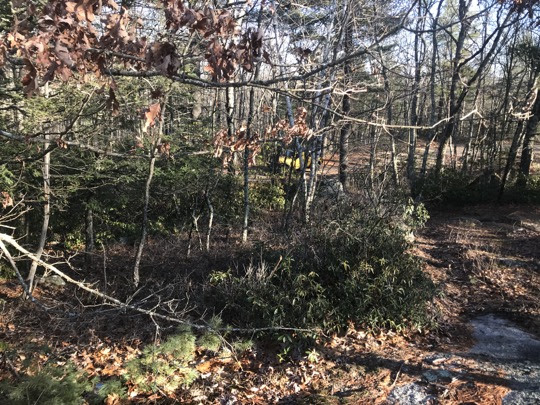 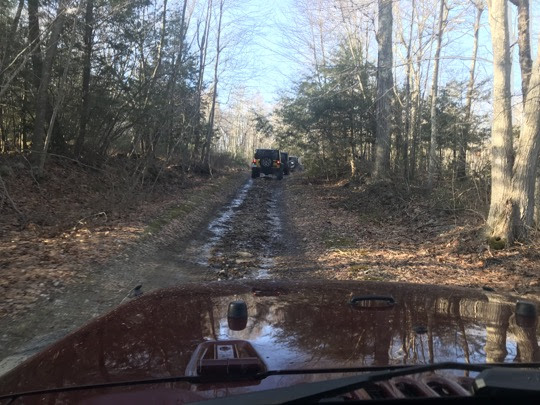 Yeah, they're going down a trail I really didn't want to follow being on call! 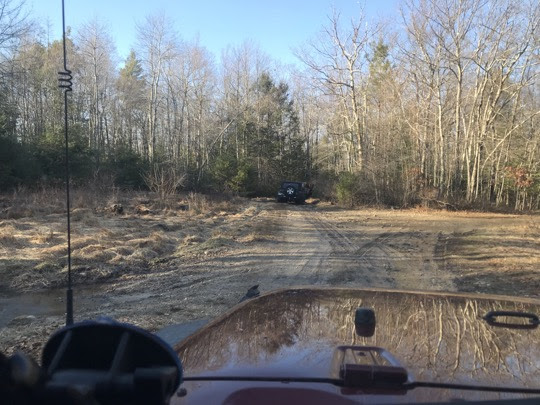 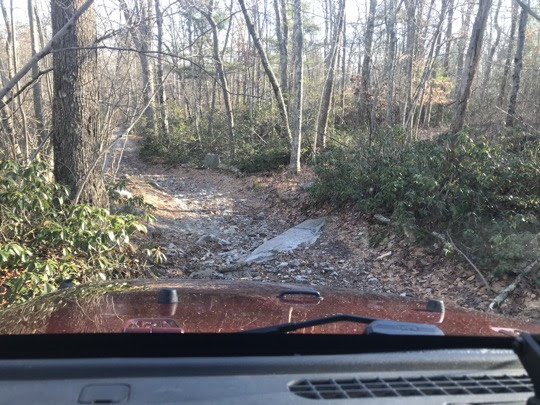 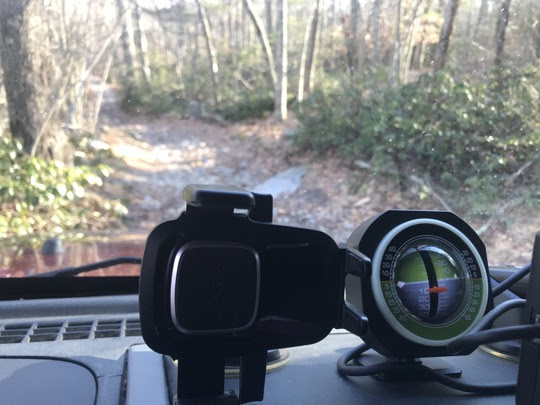 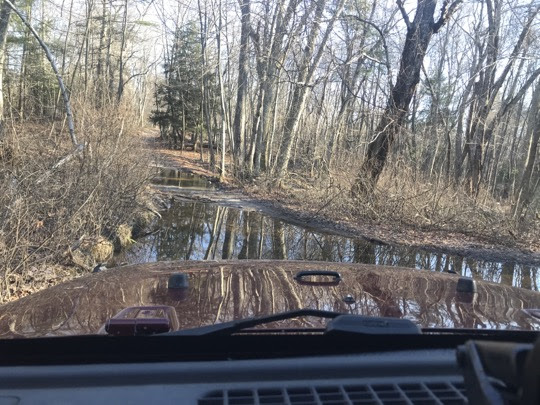 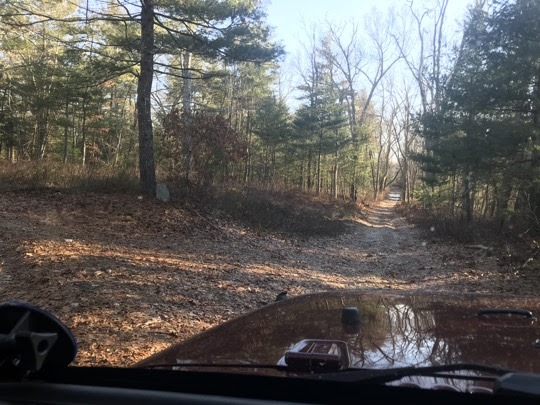 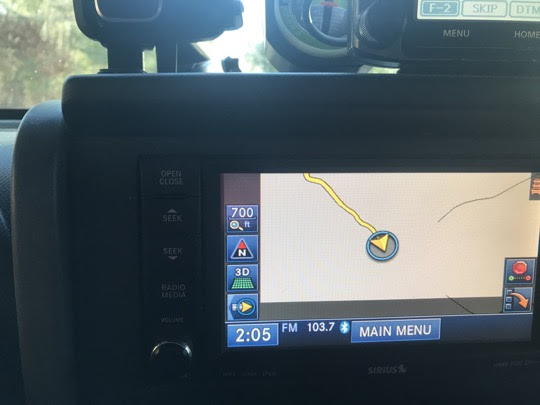 I could here them talking going through the other trail. Suspected this might be where they would come out, but I ended up being off (had I gone just a little further before turning around I would've seen the real spot which made more sense). I could tell from the radios fading they were getting further away from where I parked. 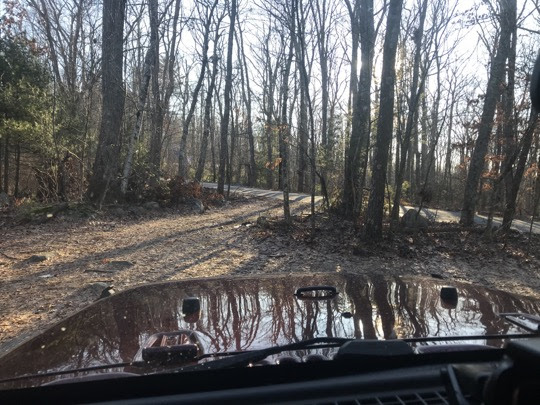 But hey, found them! 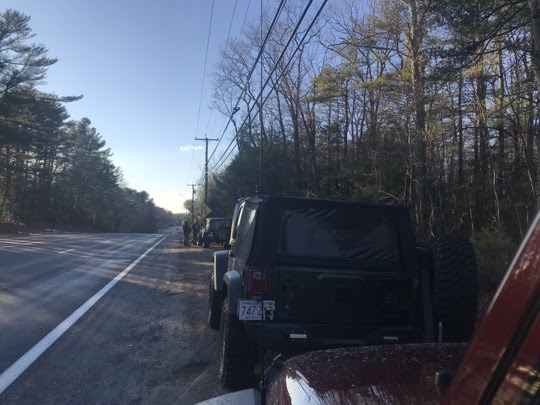 Not feeling like doing much today, looked at the time and figure I could hit Weekapaug right about sunset. First pic doesn't even come close to capturing the beauty...sky was more like fuschia than orange at one point, I don't ever recall seeing such an intense color before from a setting sun. 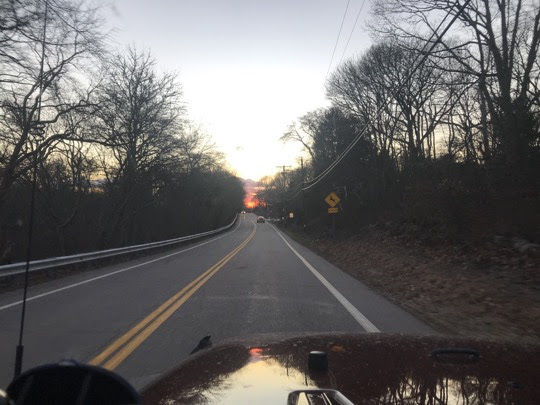 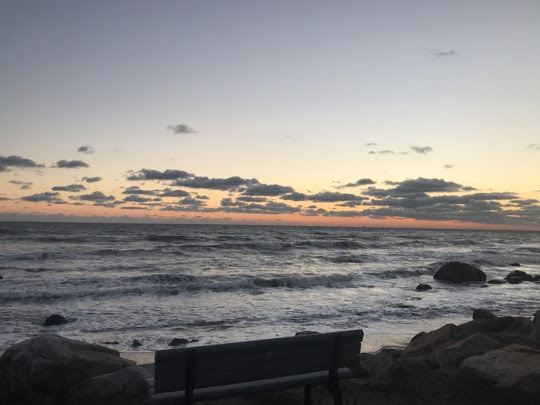 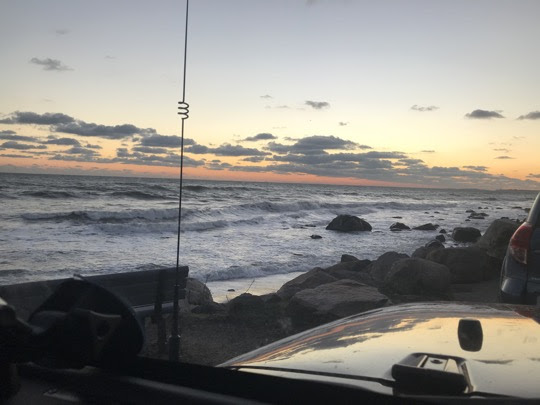 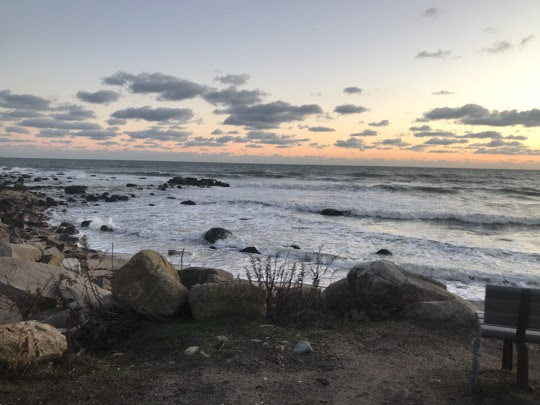