Cleaning & Organizing the Garage Part 1 of who only knows...

Dumpster should be going away tomorrow, and I found a lot more to put in it than I was expecting HOWEVER I think I pretty much got all the big stuff I needed a dumpster for in it. Have big metal stuff that can go in the scrap pile, and some stuff than can go in the fire pit. 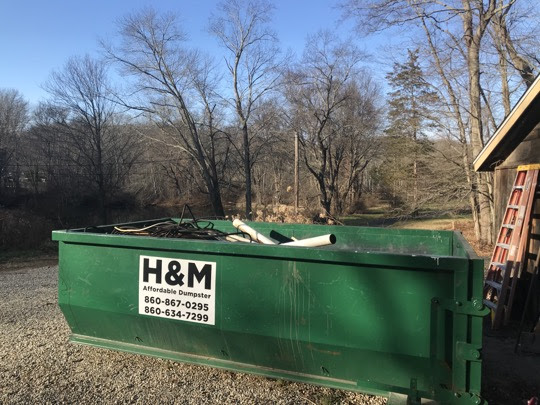 Well this is just cheating to move the trailer :) 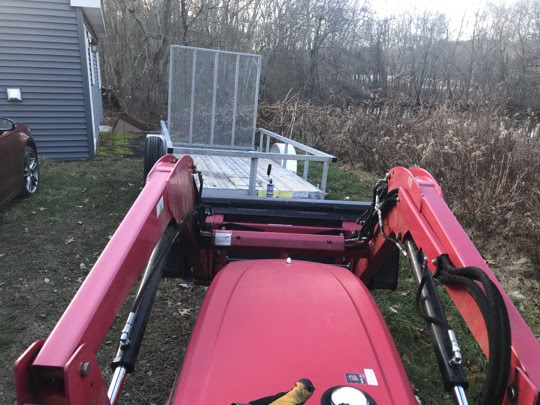 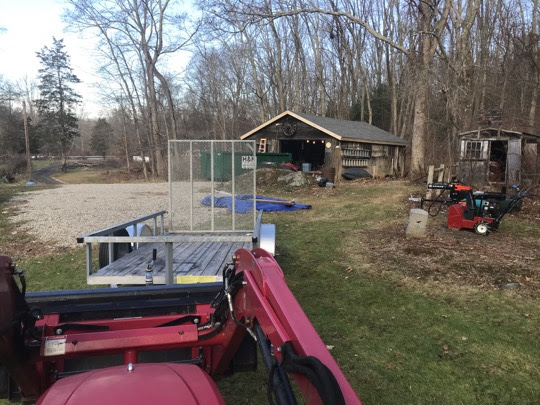 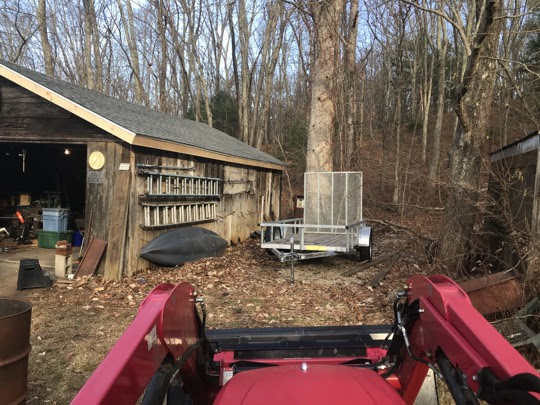 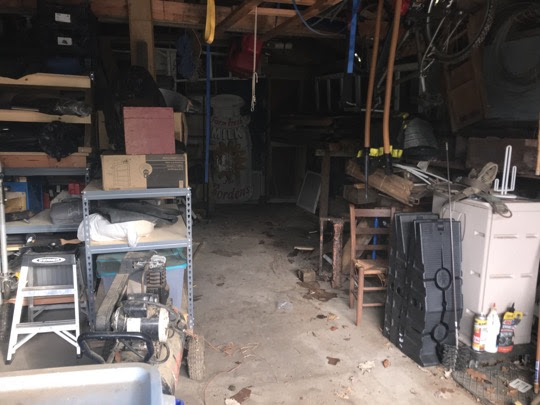 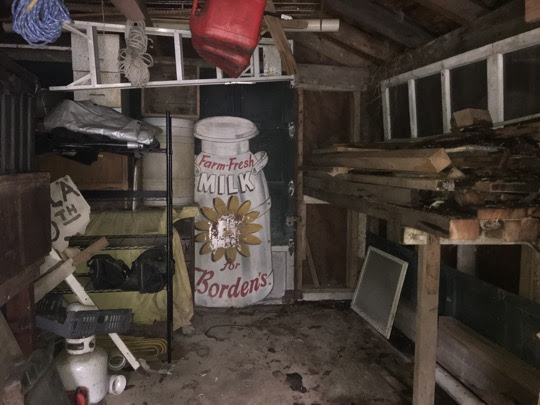 Made a list for Lowes and went for I think the third time since Covid hit. One of those was a string of construction lights...which has me questioning why I bothered hardwiring the other lights! 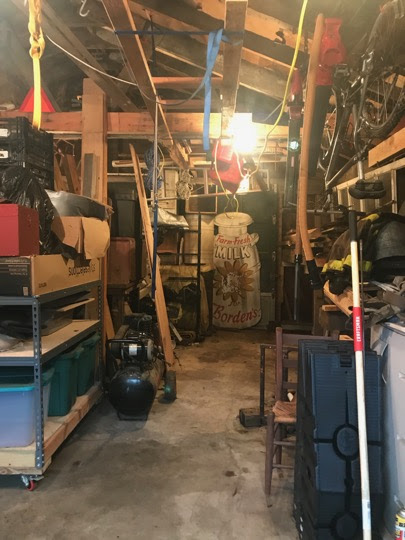 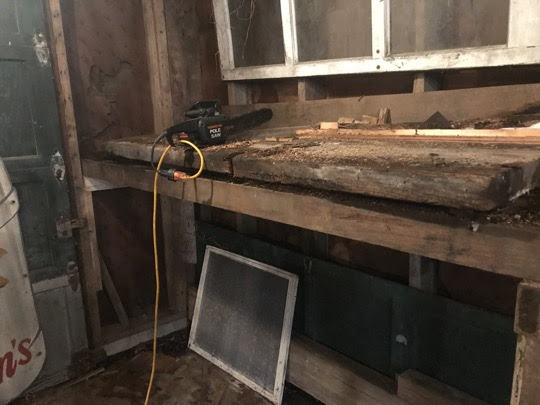 Got so lucky we didn't end up with any accumulating snow -- at one point we were in the 6-8" of heavy, wet snow band.

None the less, Saturday was kind of miserable since I had take a couple steps out into rain and snow every time I threw something in the dumpster. 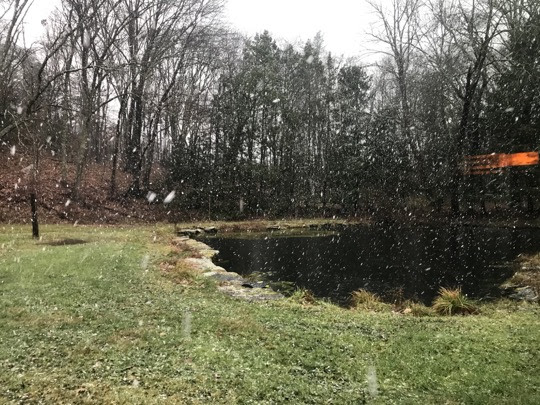 All these years, never realized the "windows" was from a garage door. 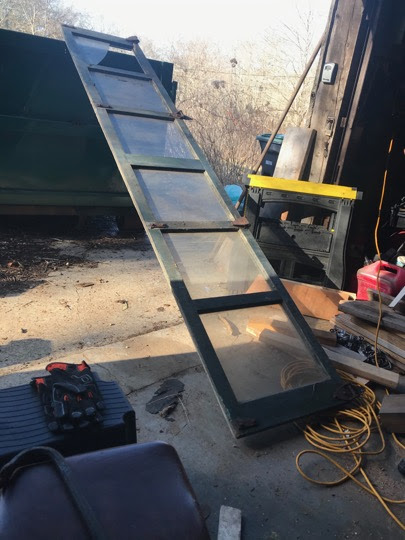 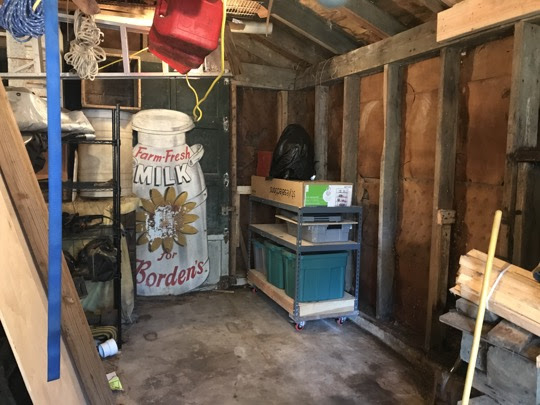 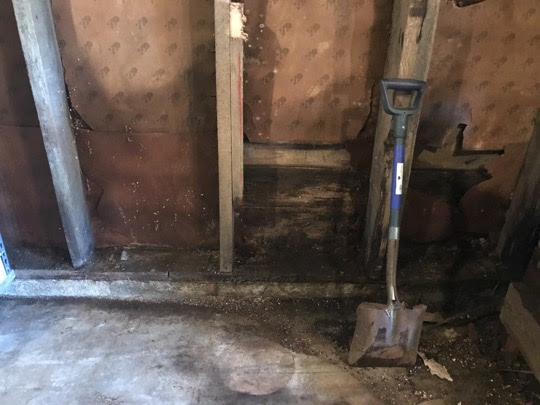 All the big stuff along this wall is on wheels. I should do some repair work -- but since it's low, it's carpentry I can probably handle as long as Wes doesn't inspect it. 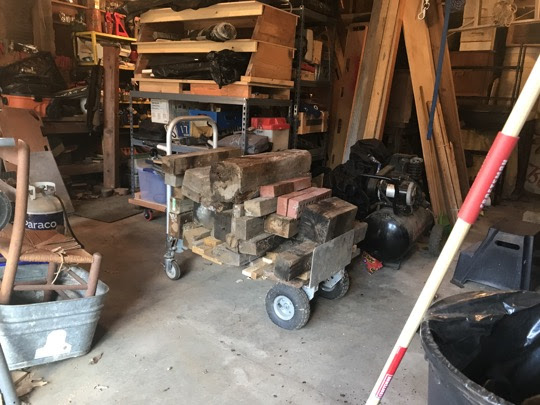 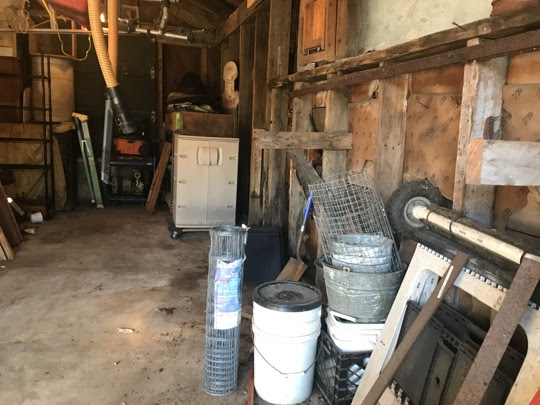 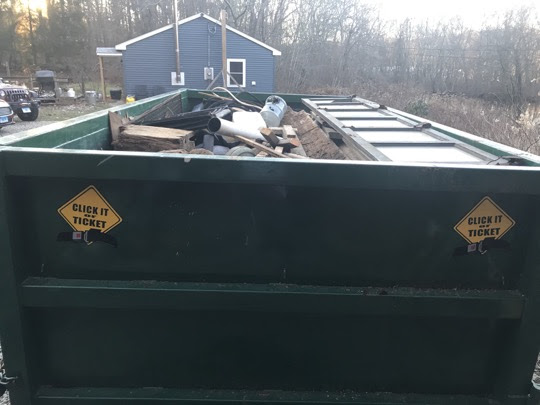 Not too bad of a job filling that dumpster. 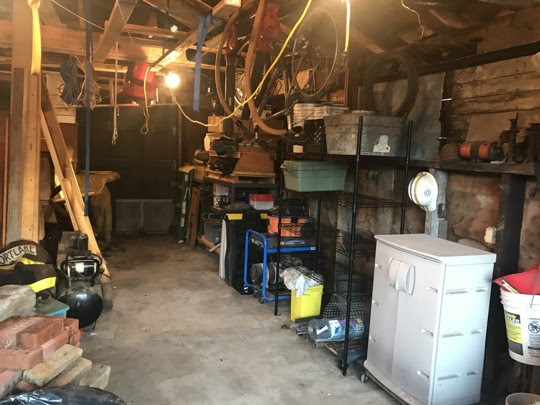 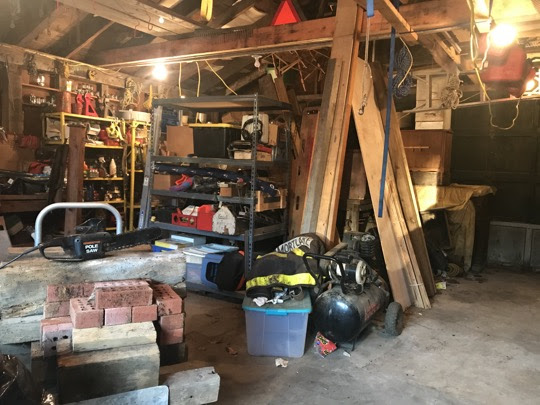