Sort of an odd mix pic dump from this weekend...

So I started off with a run to re-stock the pantry at Market Basket -- arriving there at 7:30 meant it wasn't a mad house (but far from slow!); with the added budgetary bonus that I'm not likely to be shopping while tipsy at such an hour. 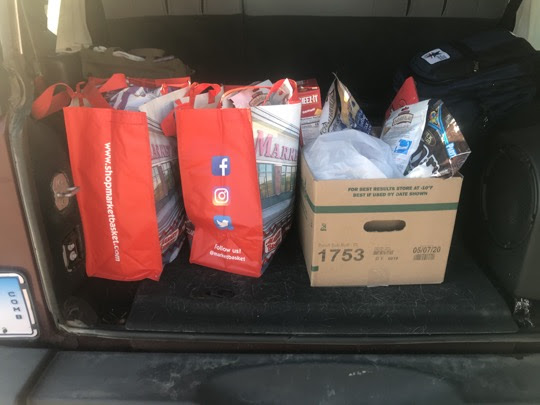 On Thursday(?) before I left work I re-jiggered how the radio was mounted, making it cleaner. I used double sided tape to hold the foam on the bottom that night. Decided on Friday I didn't like the look of the exposed foam cut, so Friday night I covered it with electric tape to make it a bit smoother and spent about an hour, while listening to WAAF's last hurrah, programming more frequencies in it. 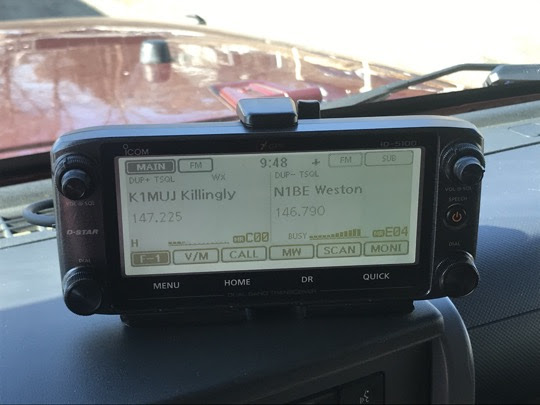 So being at Market Basket, I realized I was about half way to Leominster where the trailer I've been eyeing since last fall is...since I hadn't planned this out I put a down payment on it and I'll return next Saturday with my hitch and take it home: 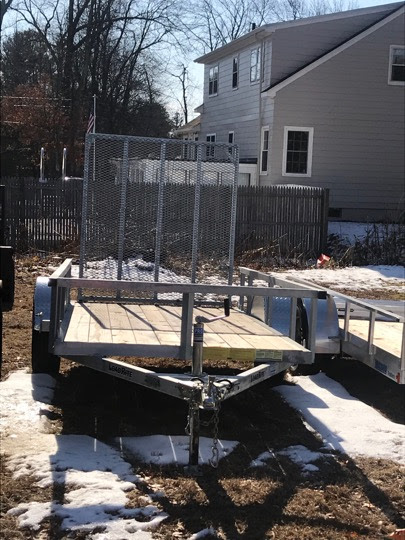 Sunday morning I went out on my errands, and was a bit shocked to see records in Walmart (though reading earlier this week while most music is bought online now, for folks who by physical media records make up like 10% of sales today O_O). I got into listening to music relatively late -- after I started driving; and by that time CDs had already largely displaced records though I bought tapes because after at least '93 that's what my truck had a player for. 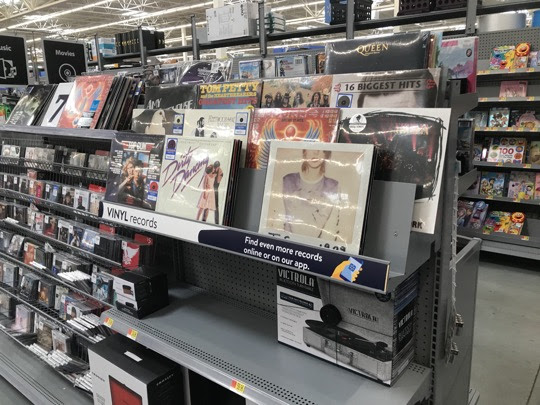 ...any way back to the Jeep, I bought a "woobie" blanket to keep in it from Amazon but one thing at Walmart today was a stuff sack so it could tuck away taking up less room: 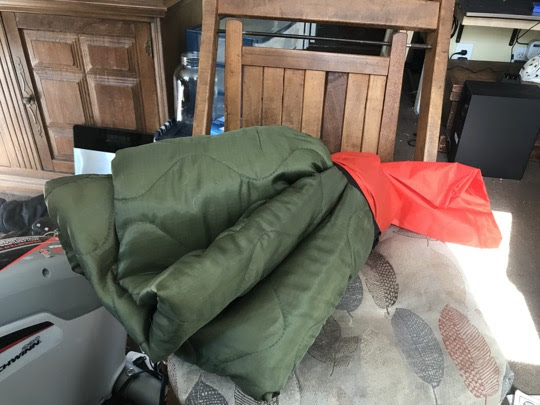 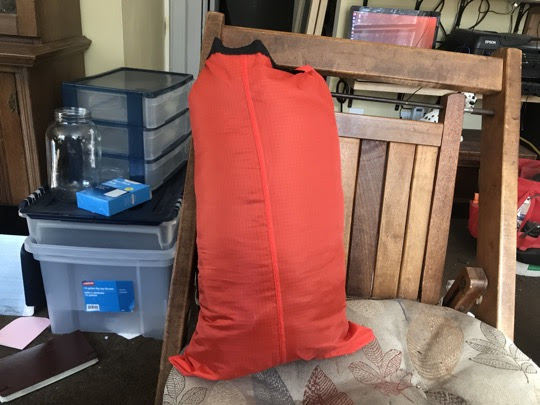