Working from home this week, taking an online class -- which means lots of time for little projects around the house when we have 10 minute breaks, time left over from labs, lunch, etc.

We'll include the new Keurig even though I christened it on Saturday. Even if I am re-using Baker's cups to make the ice coffee in :) 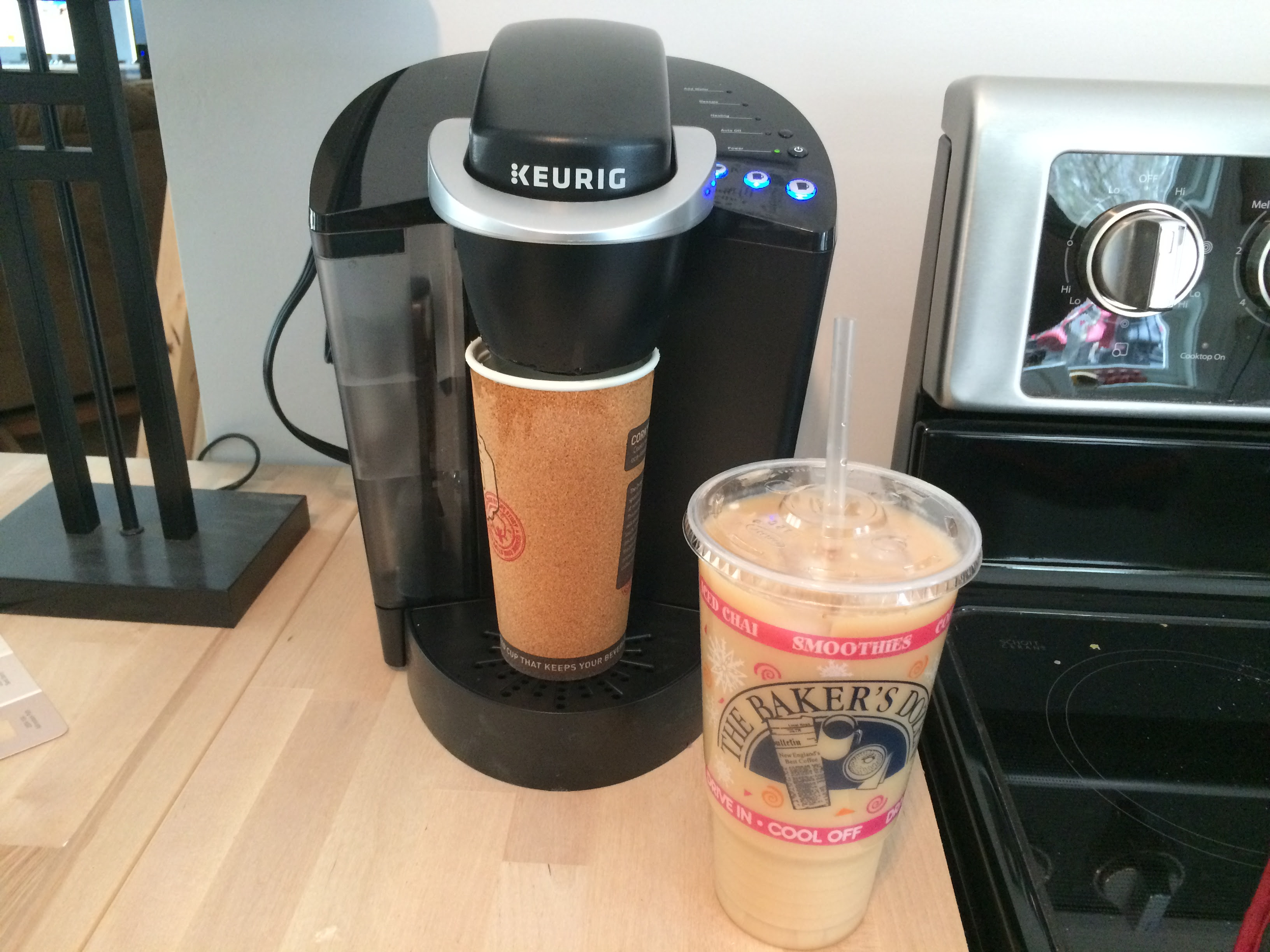 Monday Wes & Bob came for a few hours to grout the stone work: 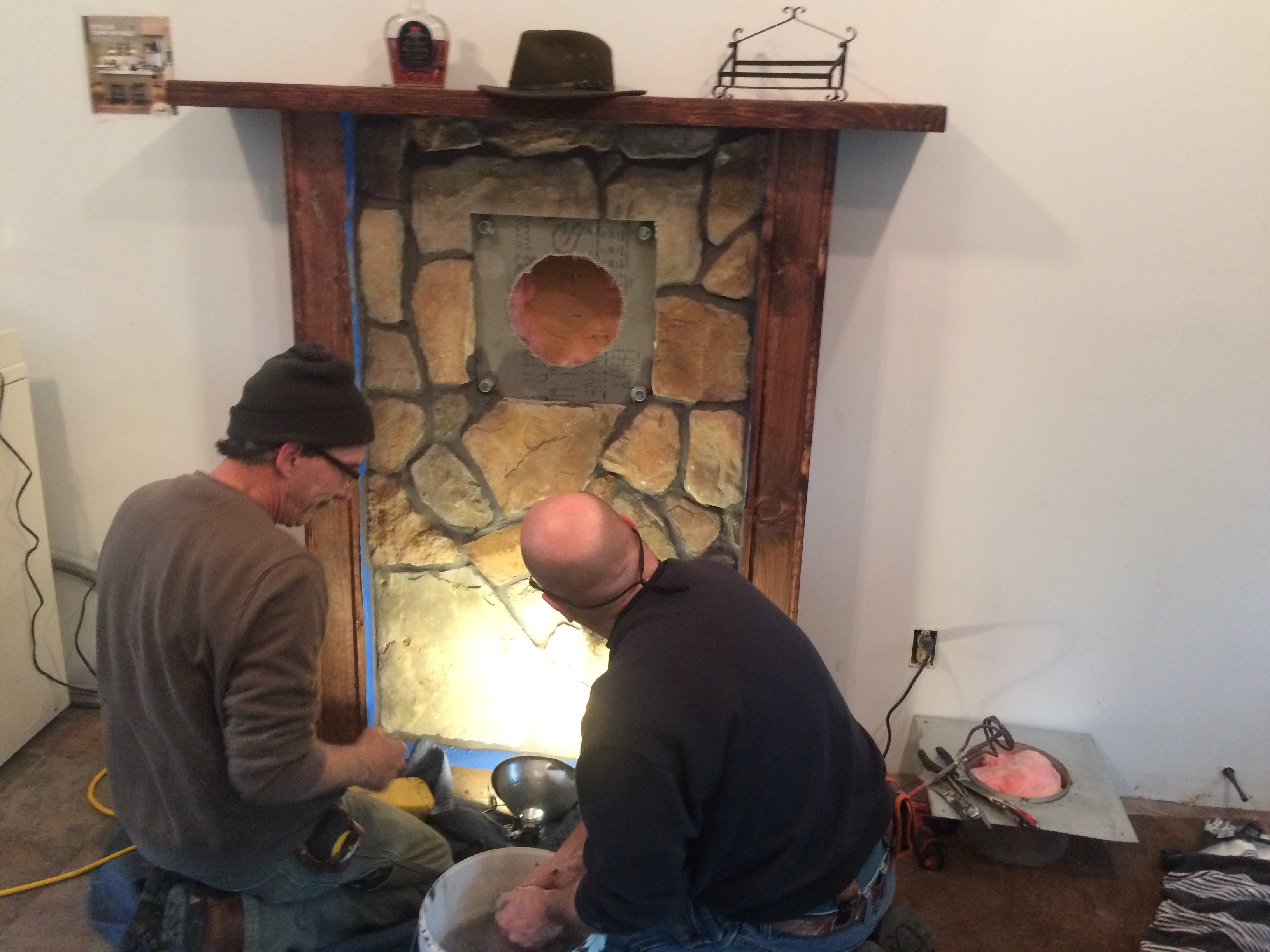 Meanwhile during breaks in class I'm doing things like organizing my Plumbing tool box...which I thought I was going to need a second until I actually straightened this one out o_O 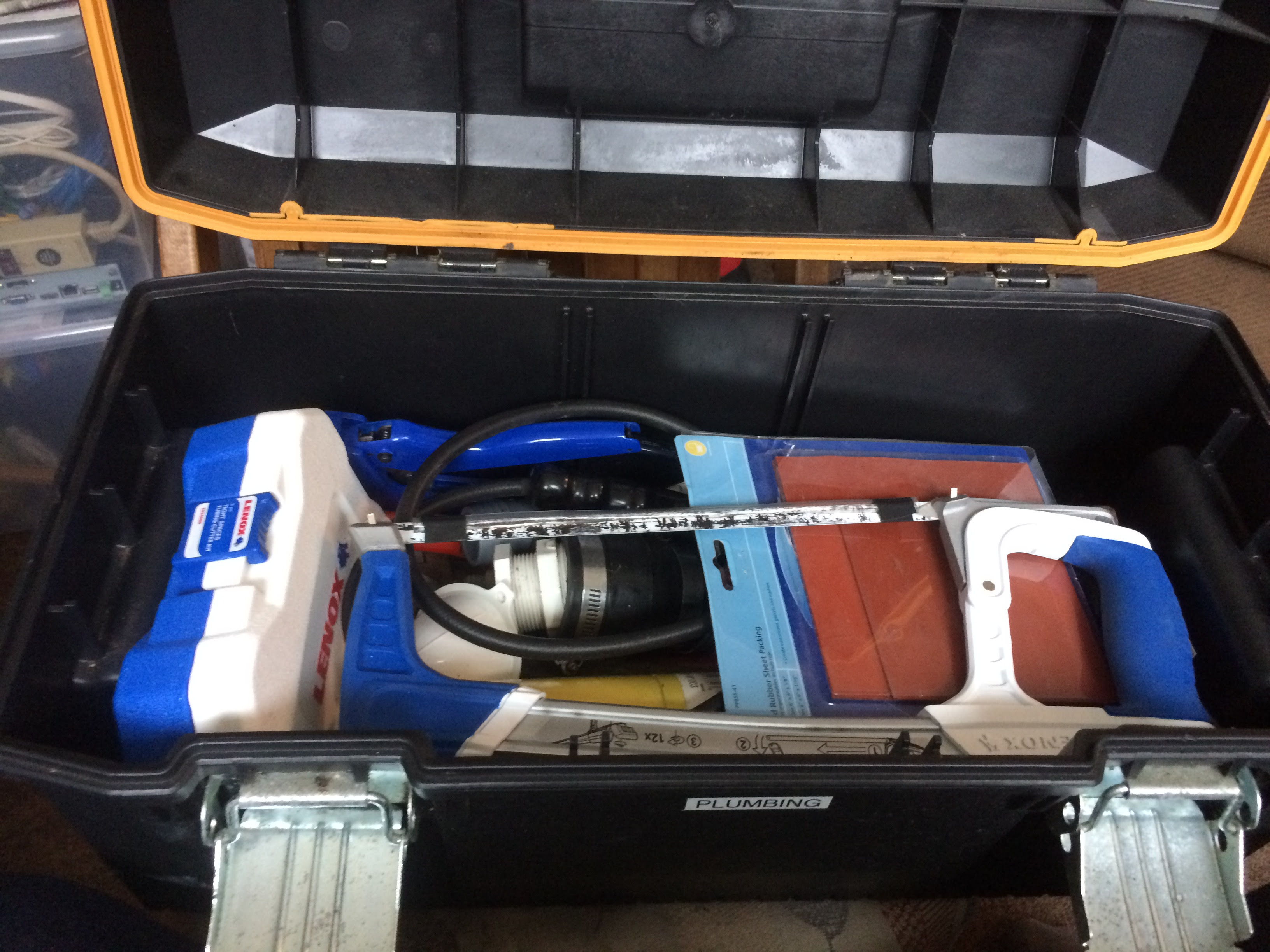 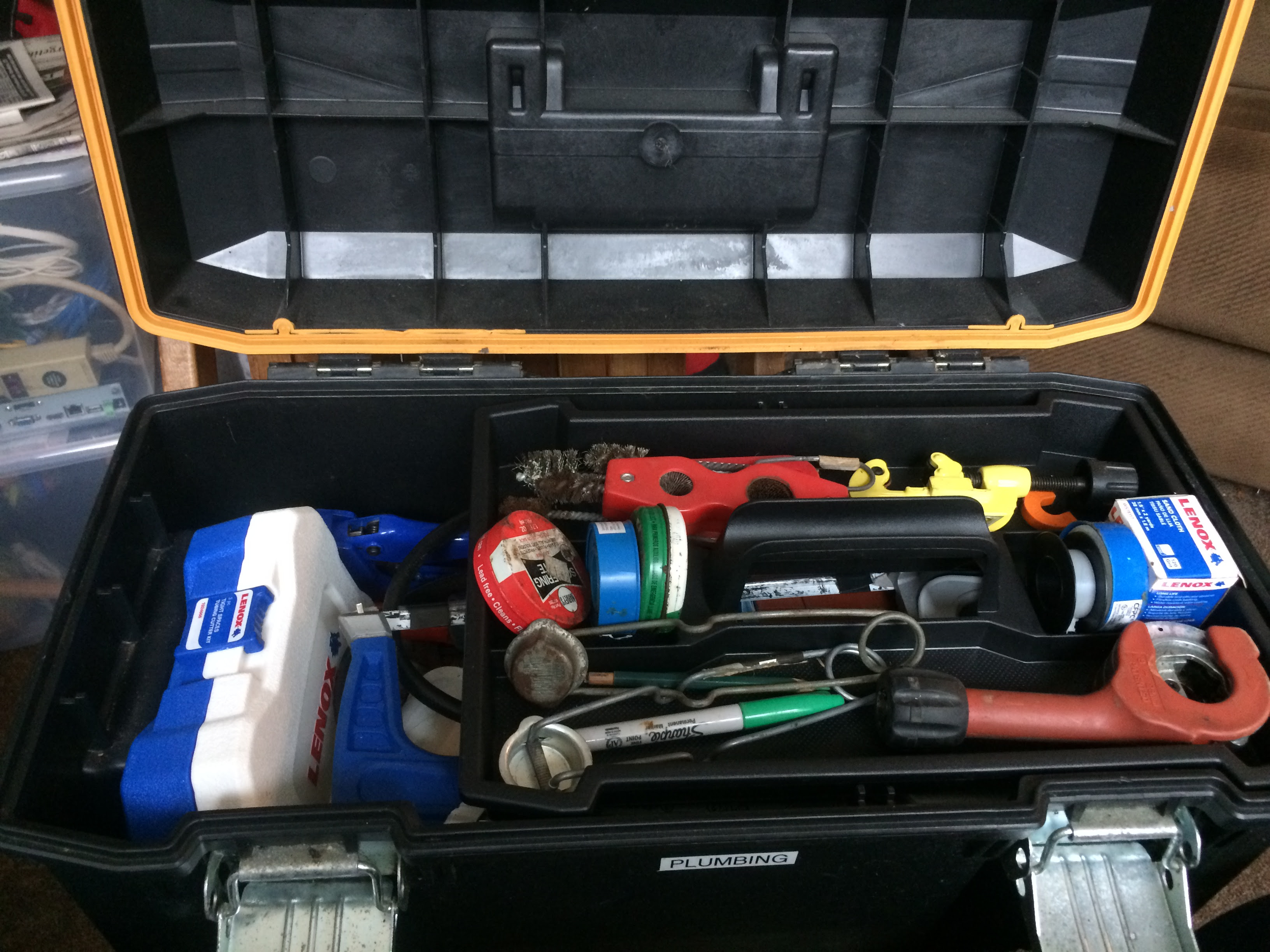 Tuesday Wes & Bob where back to finish up a bit inside and put up the chimney outside. Much colder day, so the mud outside froze solid -- it would have been a mess putting up the chimney yesterday. 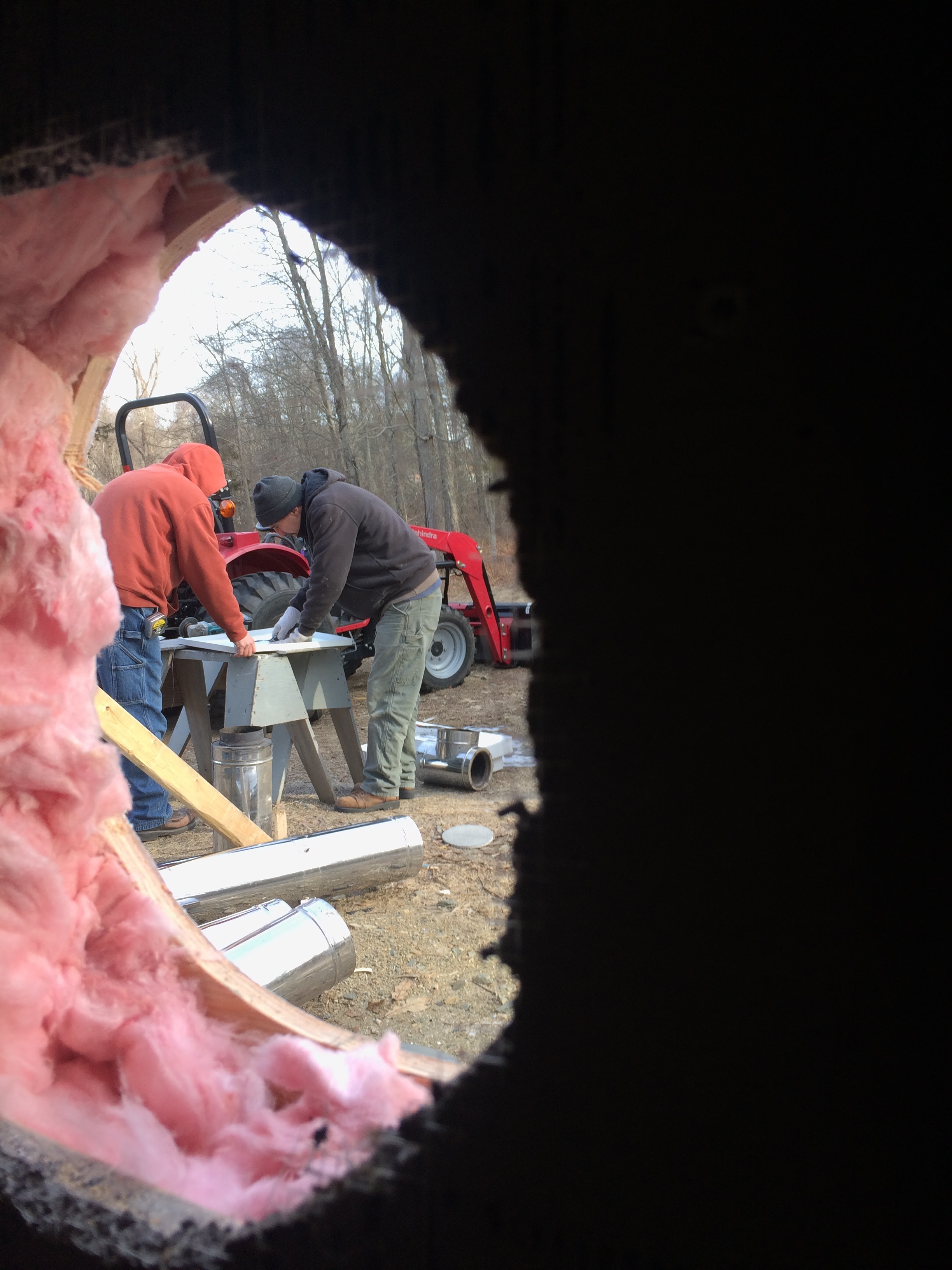 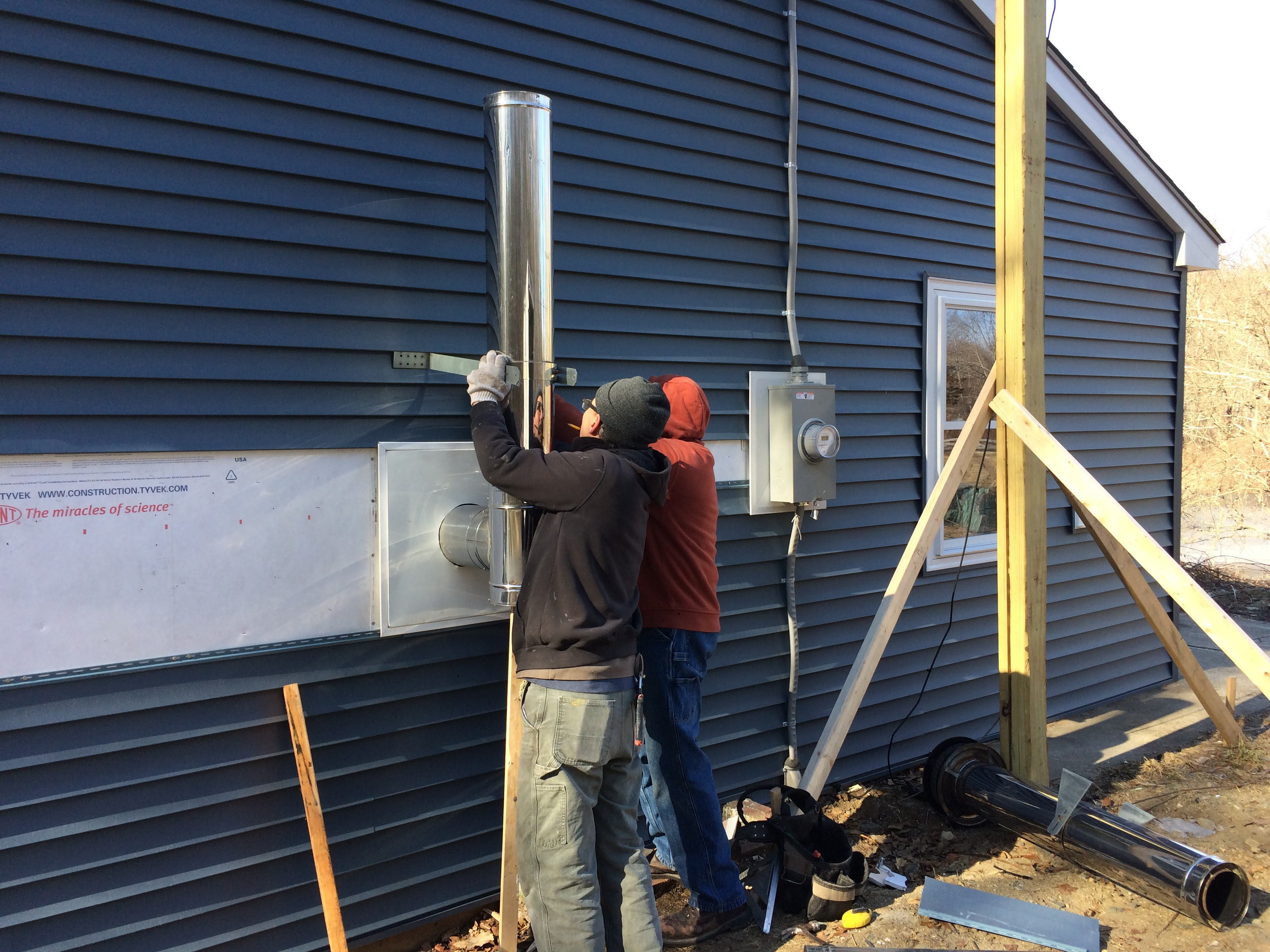 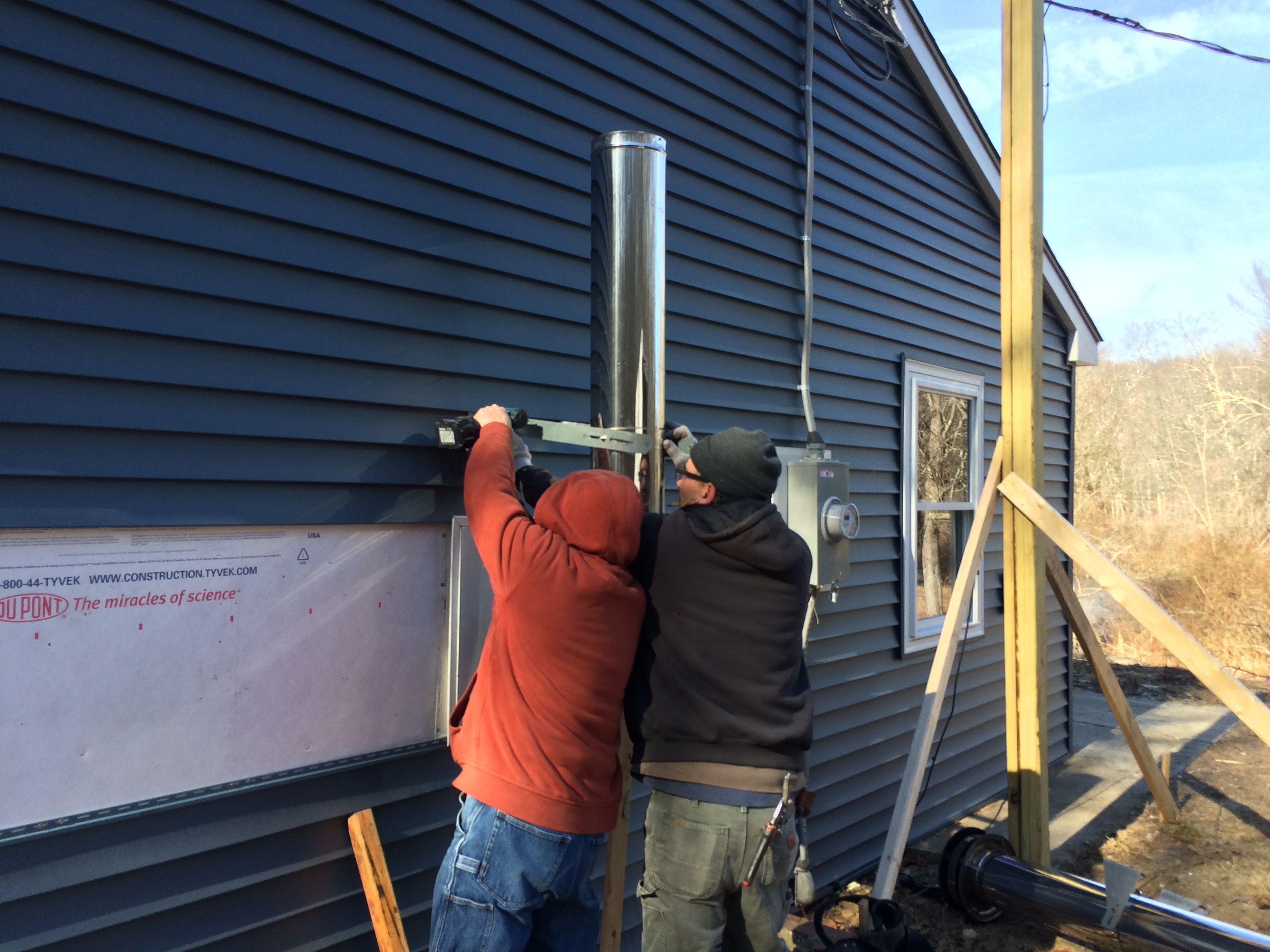 Putting some grout around the thimble: 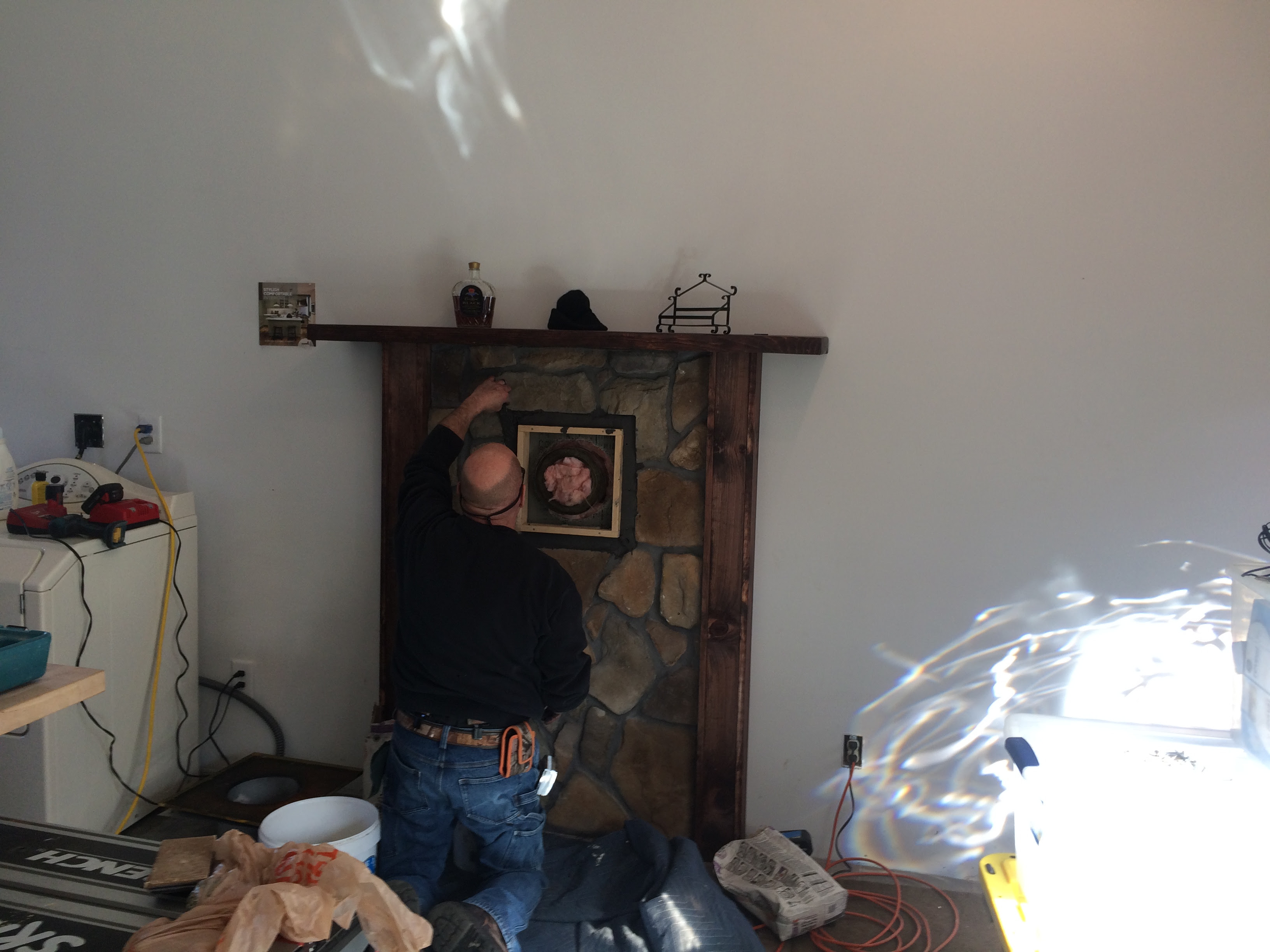 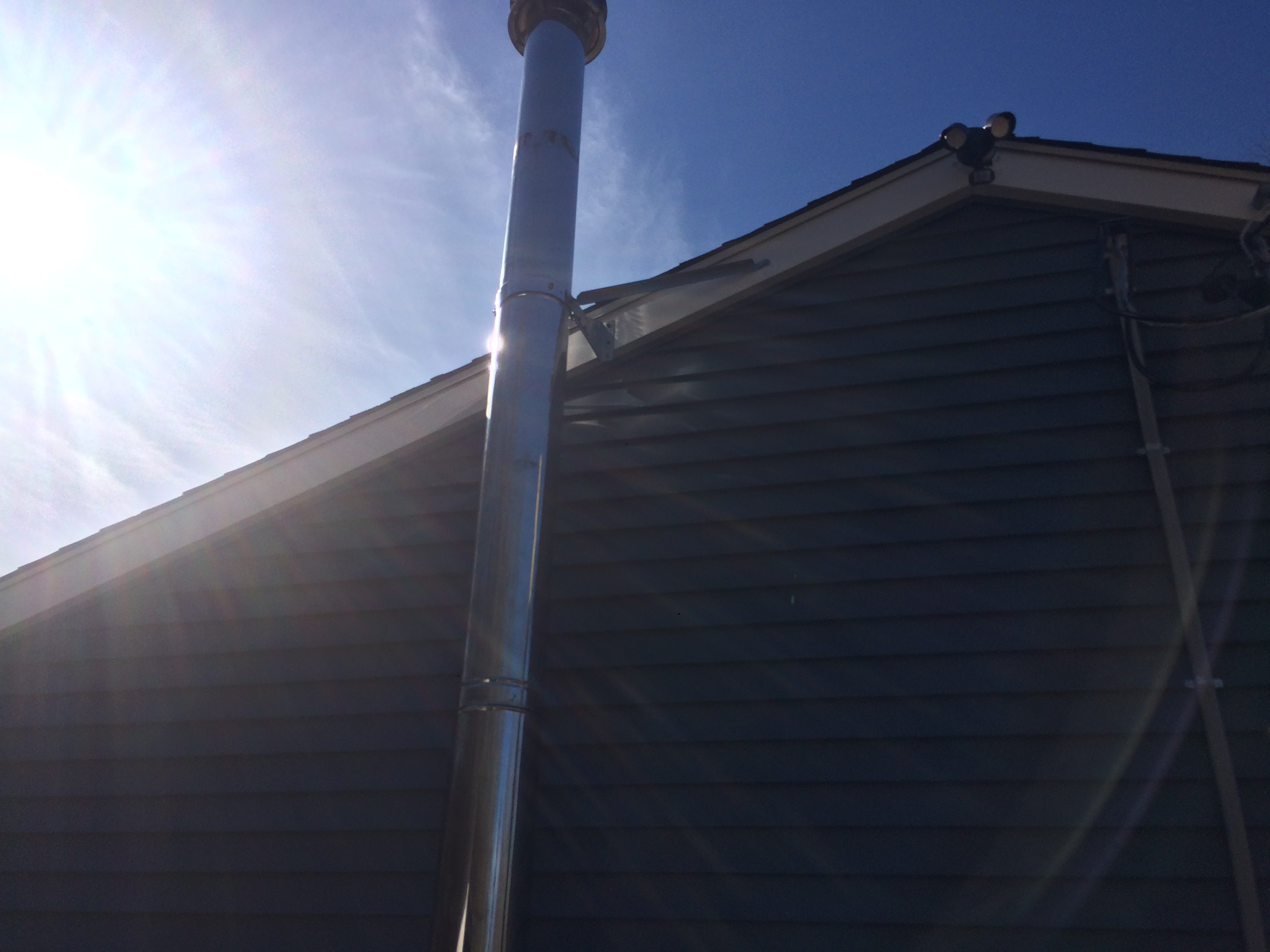 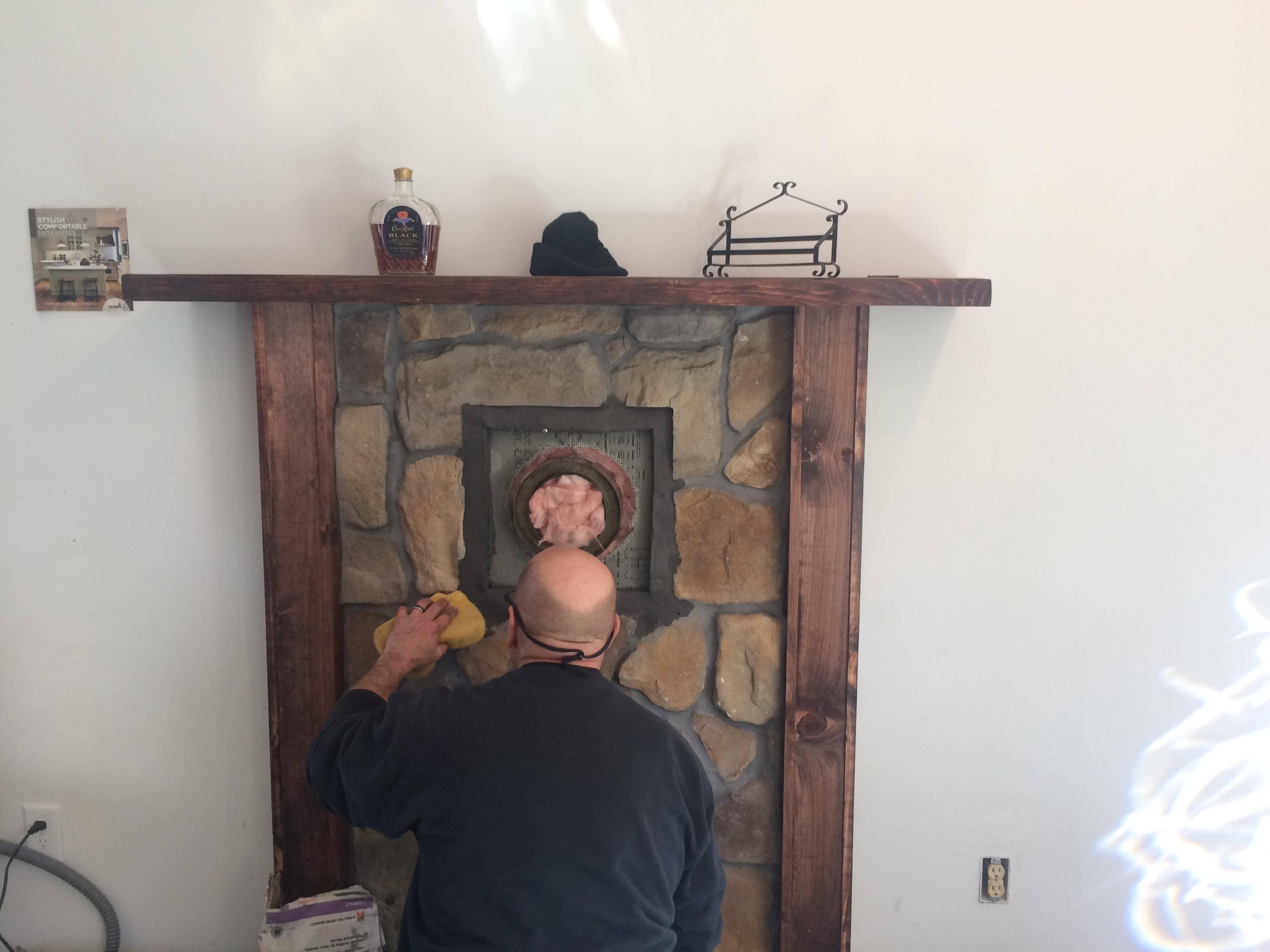 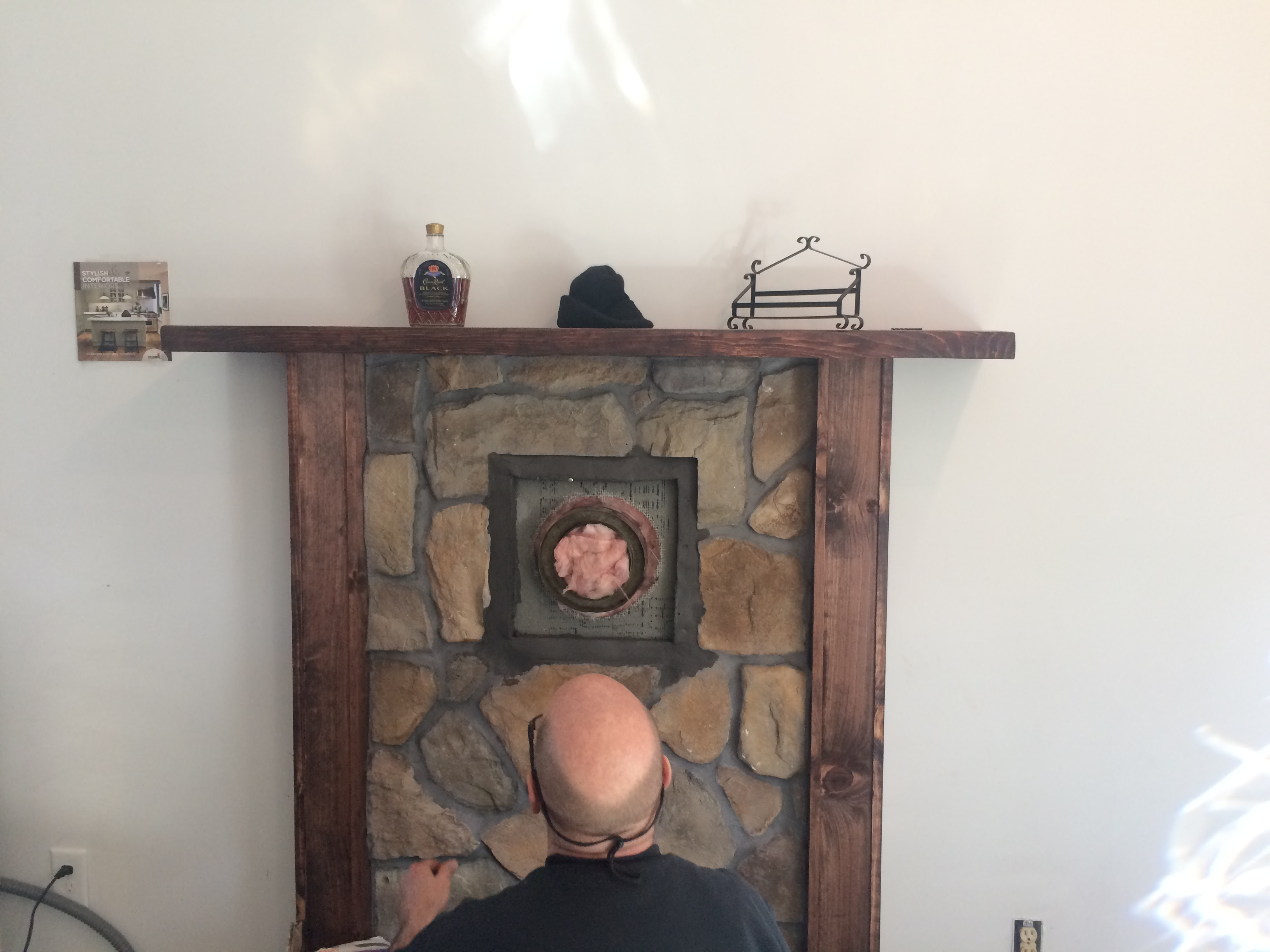 Once the grout sets, the metal piece will be screwed back in place. I also have to sand blast / wire brush the decorative cover and repaint it. So 135 days after they started, we've concluded the contractors portion of this project. 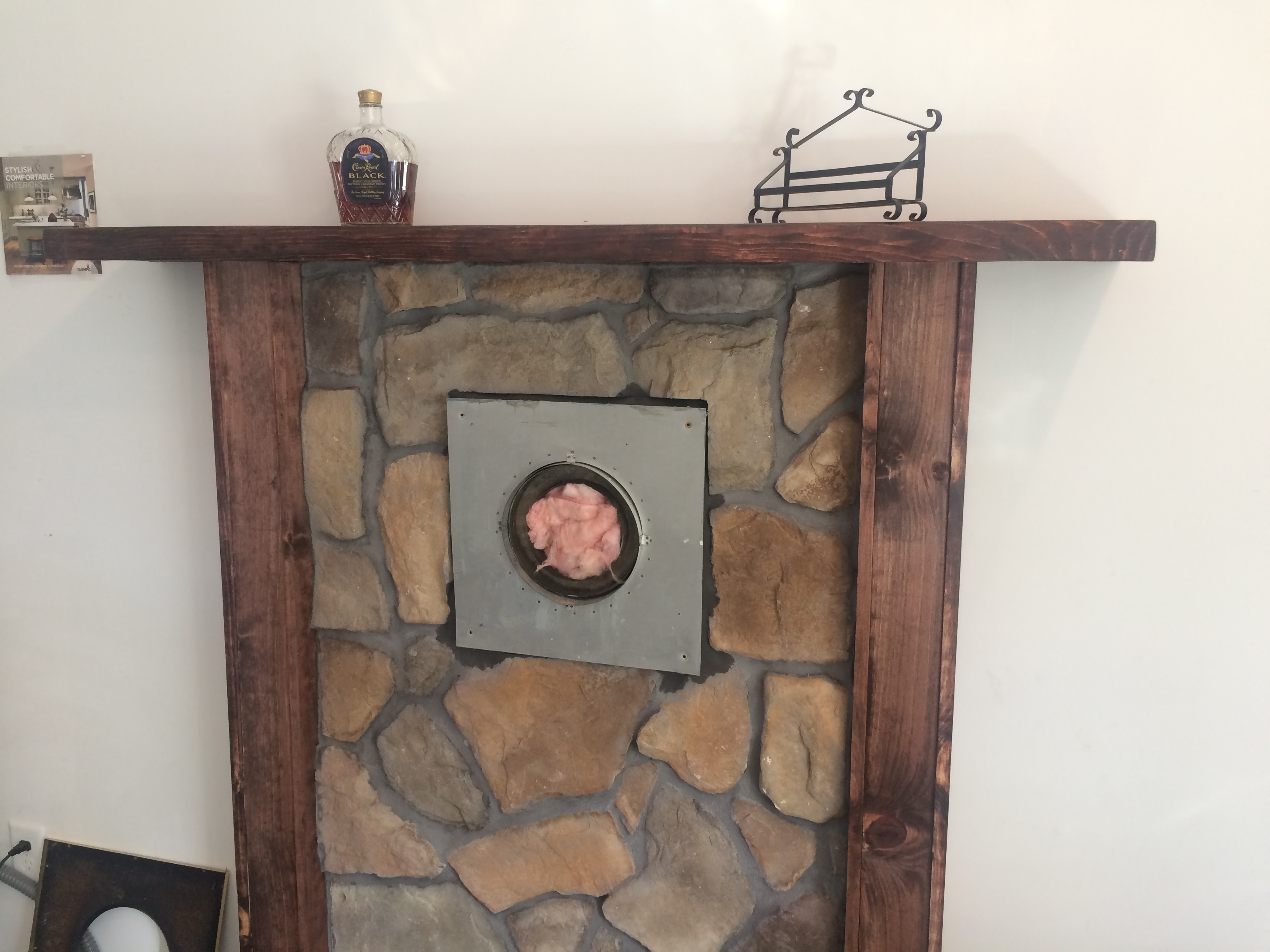 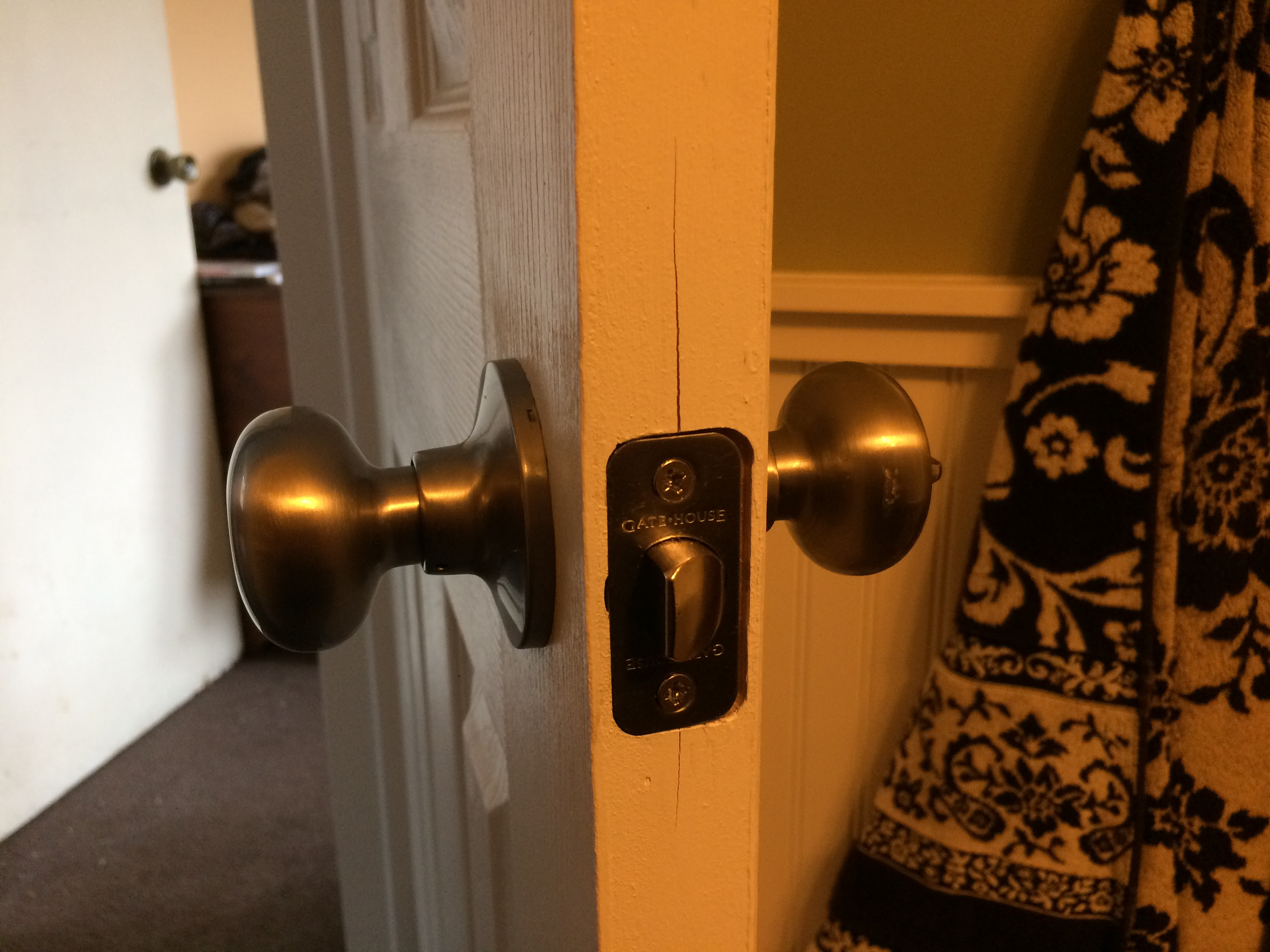 Felt like a tuna grinder for lunch. That would have involved putting on pants. So an open-faced tuna pepperoni melt it is :) 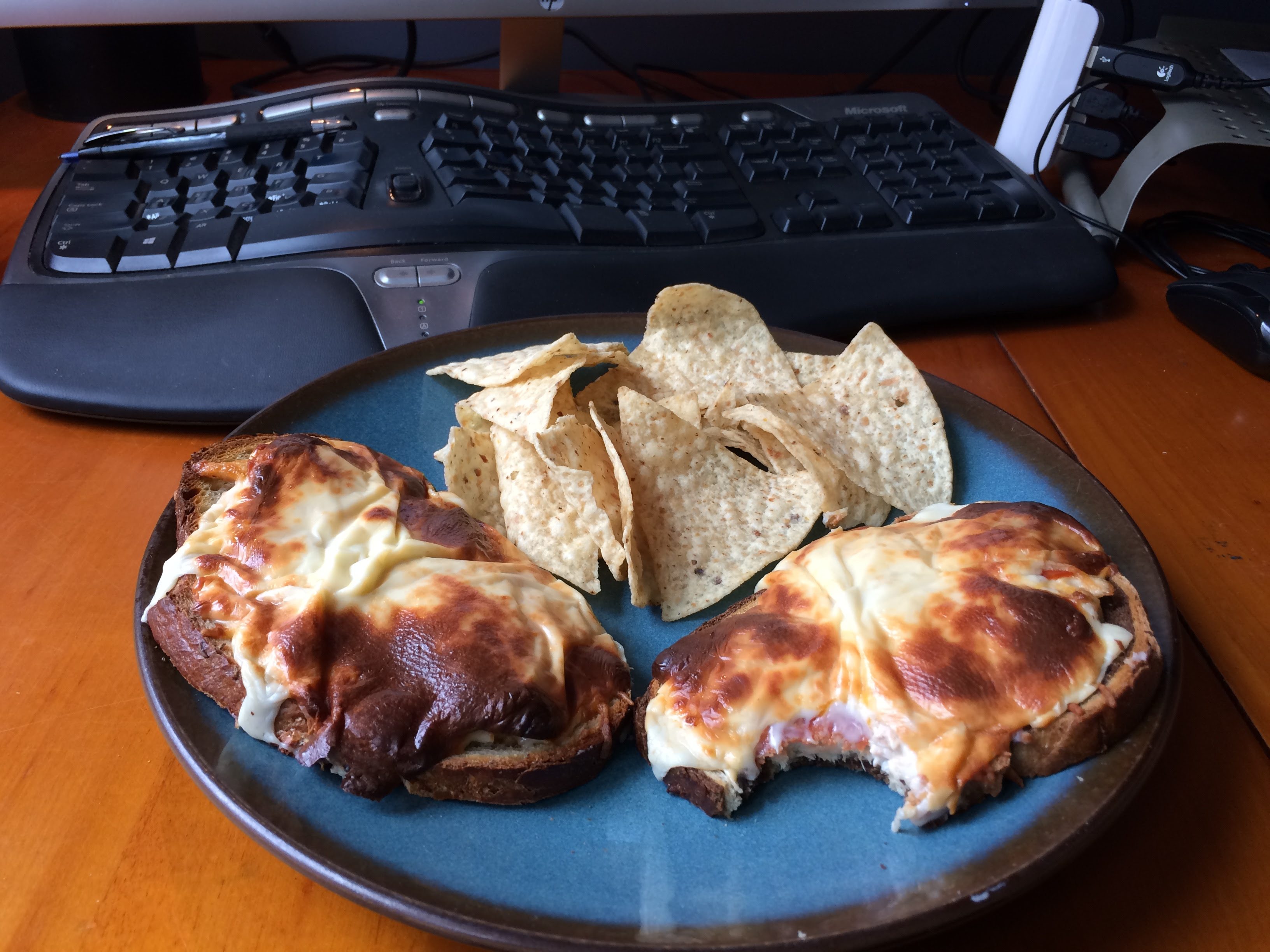