This was the basic recipe I used: http://www.food.com/recipe/homemade-canned-pizza-sauce-58708

The biggest changes I made:
1) A longer cooking time -- I probably could've had the heat up a bit more, but I also didn't burn any.
2) Preparing the puree the night before helped separate the water out without having to boil it off.

Changes for the next time:
1) Doing some more research, with fresh garden tomatoes, I should be able to not have to peel them -- just wash well, core, and cut out bad spots.
2) Though I don't mind it "chunky," next time I'll probably take the ingredients the next morning and puree it again after adding the onions, garlic, and herbs to make it a bit smoother.
3) Wonder if next time if I have a tygon tube (suddenly eyeing my Camelback...) if I could setup a siphon to remove the water from the bottom of the puree jars so I wouldn't have to try and avoid mixing it back up.

So I started by making the puree last night as well as sautéing the onions and garlic and cutting up herbs from the garden, as well as squeezing four lemons so all I had to do was mix it up this morning.

It worked out well in that the puree also separated naturally from some of water, so I scooped out the top of the jars. What got "mixed up" scooping filled 1-1/2 quarts, so I combined them and set them aside to settle again. That I repeated the process of scooping up the puree twice more during the afternoon. 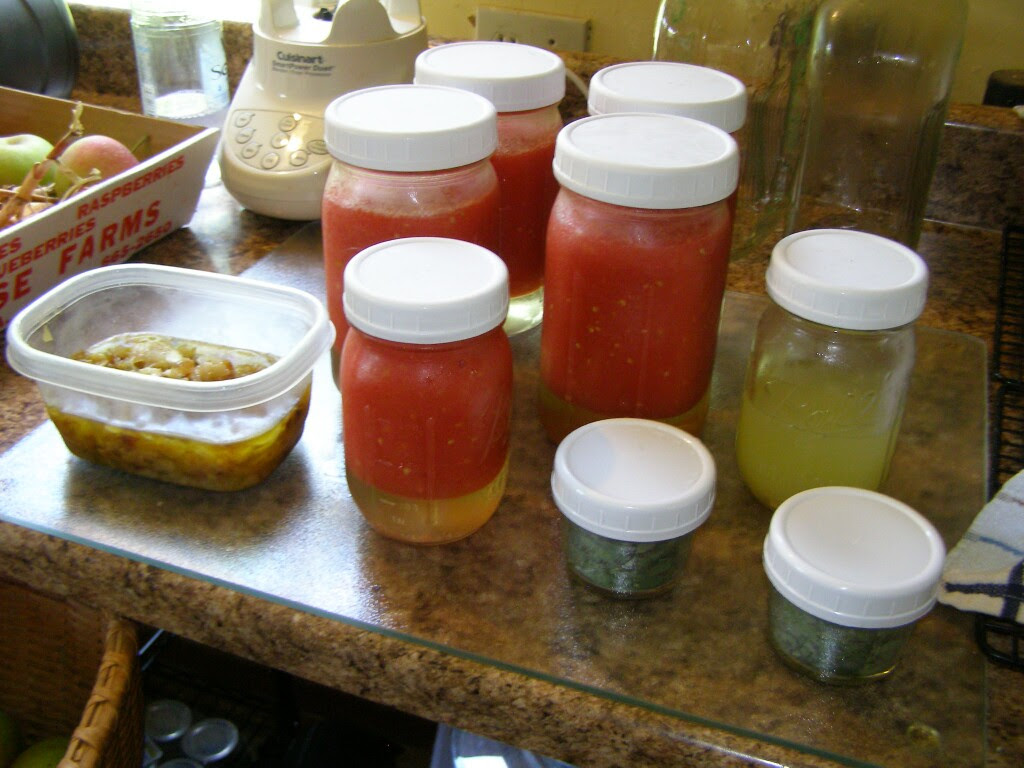 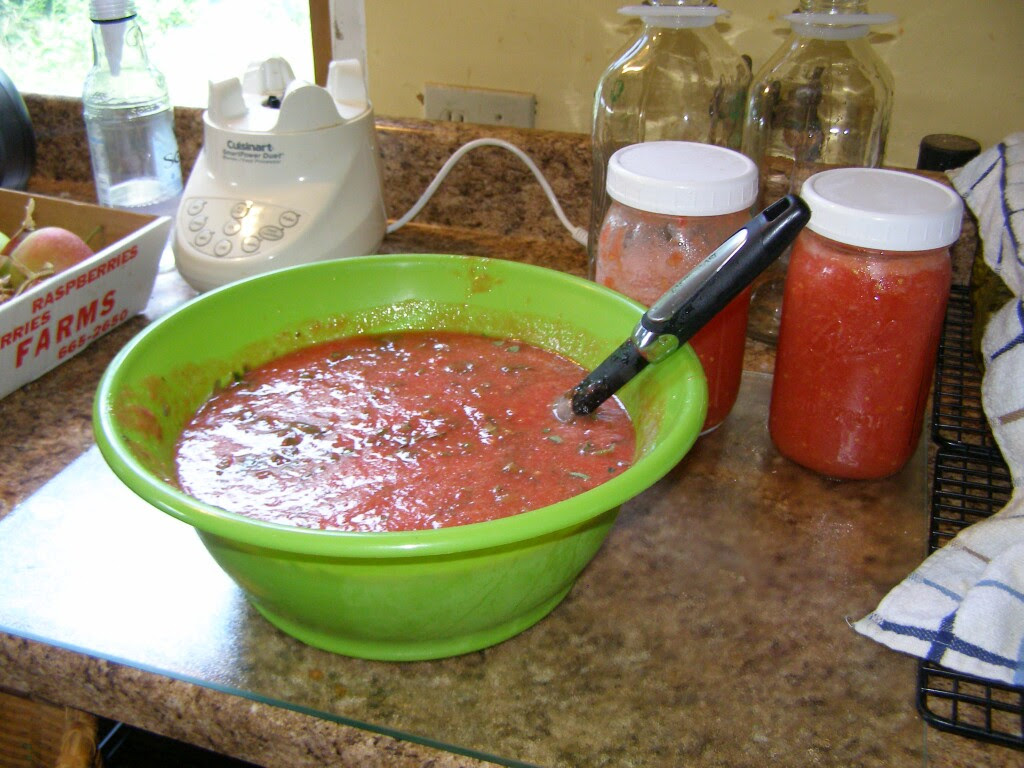 Into the sauté pan: 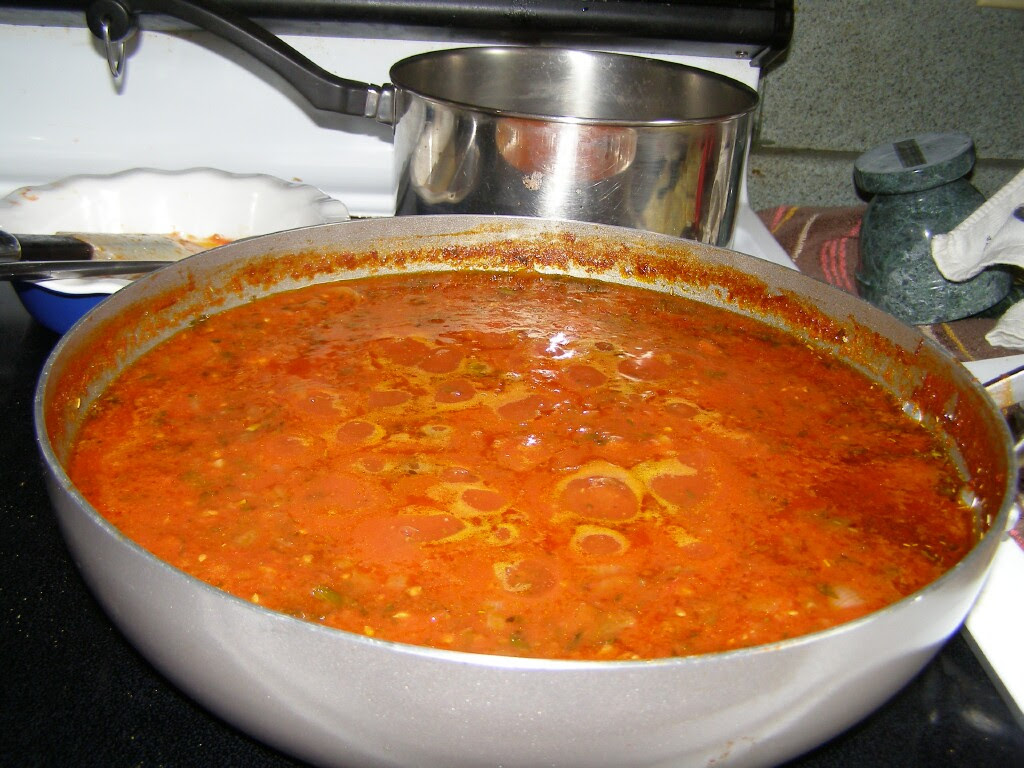 Cooking time was 6 hours over medium to medium-low heat after I initially got it simmering. Once we were settled in, I would check and stir it every 20 minutes. This worked out well working from the home office I could just go in and stir and go back to work: 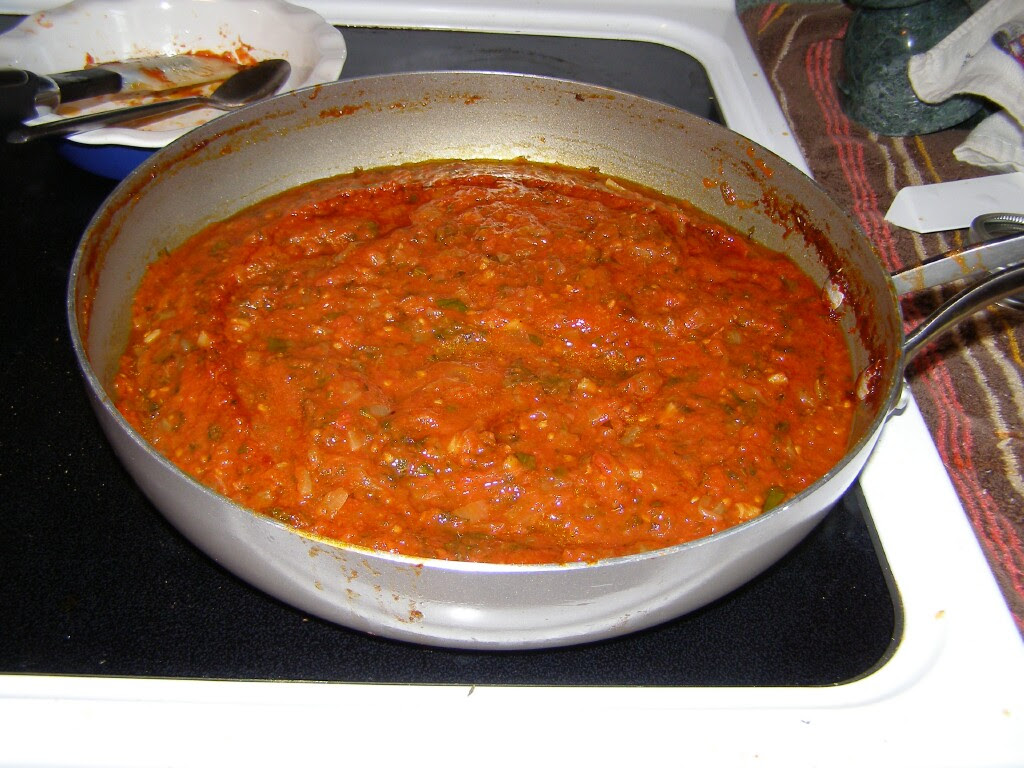 Having started cooking at noon, by 6pm we were ready to can -- this is a "high acid" recipe (thus the lemon juice) so they didn't need pressure canning, just needed a "water bath" of a rolling boil for 25 minutes so its MUCH faster then the green beans last night: 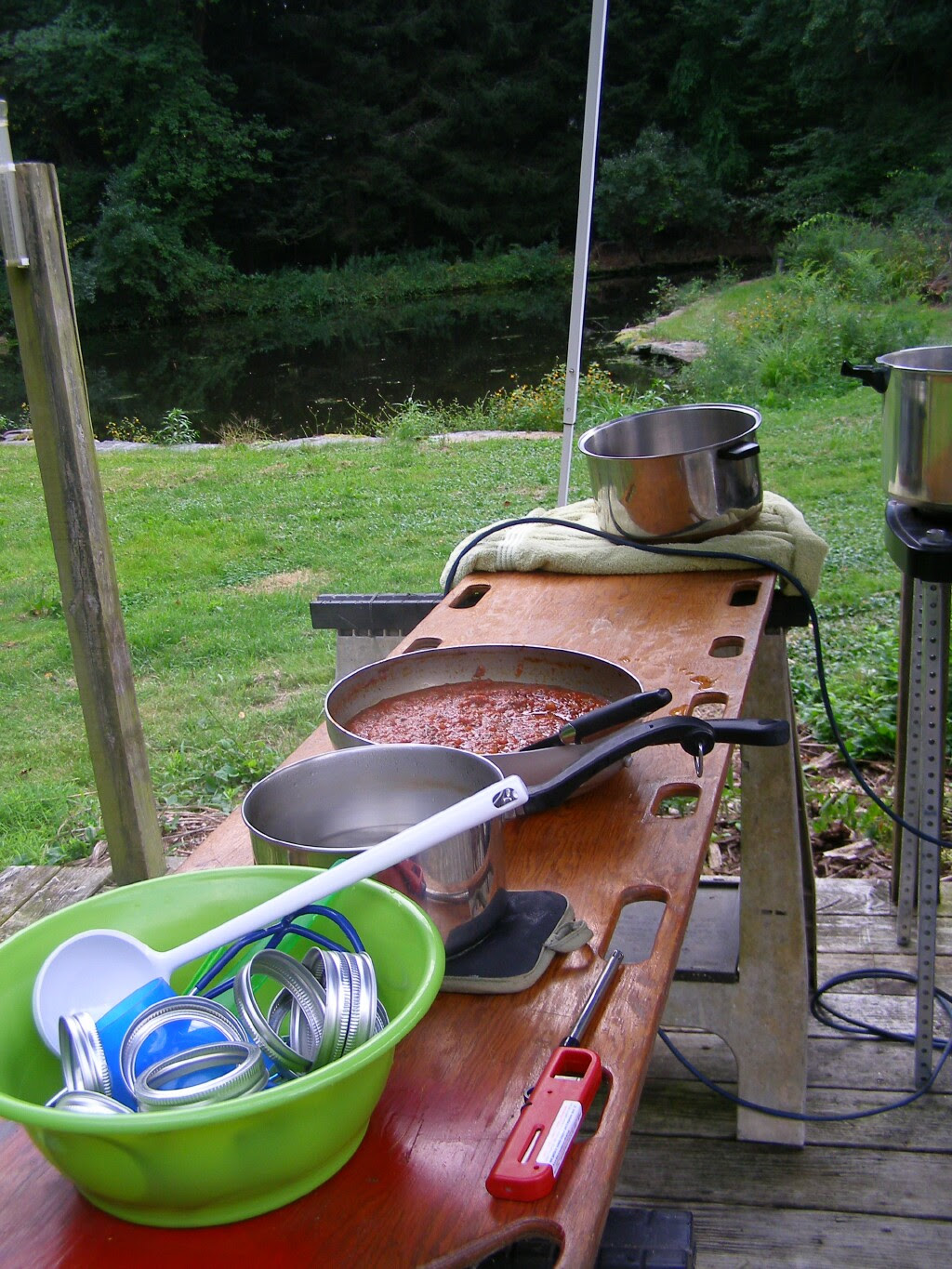 8 1/2 pint jars ready to make pizza, or to go with chicken or whatever this winter: 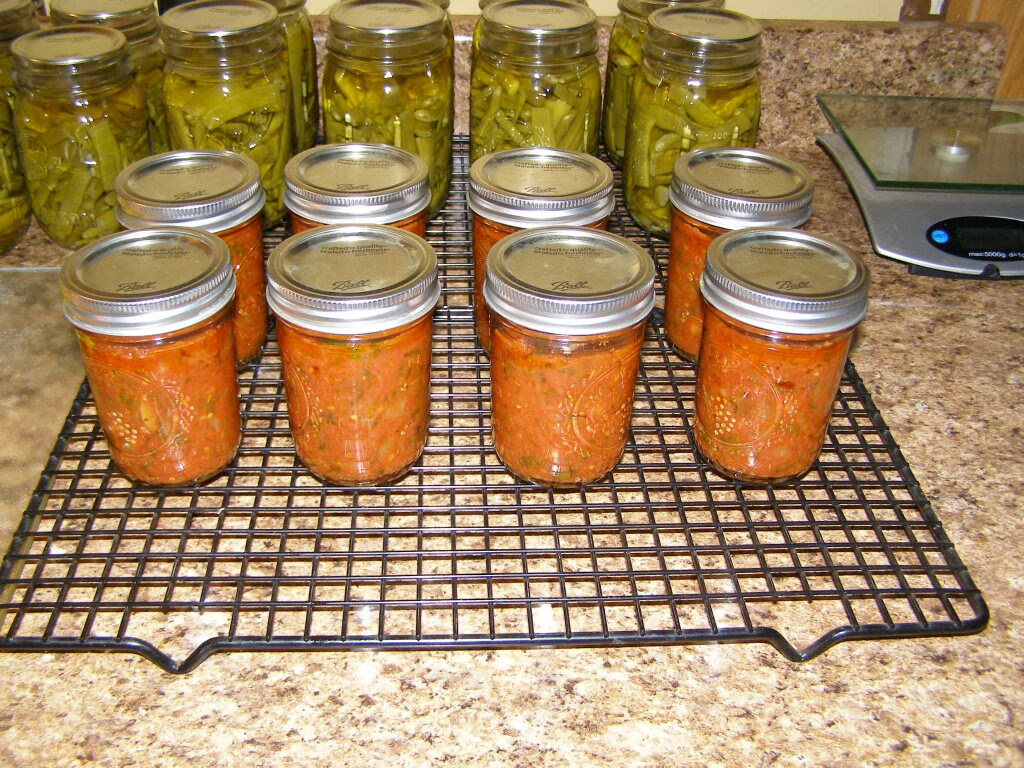