Took a vacation day...come on work so I can rest!

I bought an EZ-Up fly at Ocean State Job Lot, and some strut and threaded bar from Lowes...and a grand total of five visits to Brooklyn Hardware across the street.

I had to build some legs so the grill burner could hold the weight: 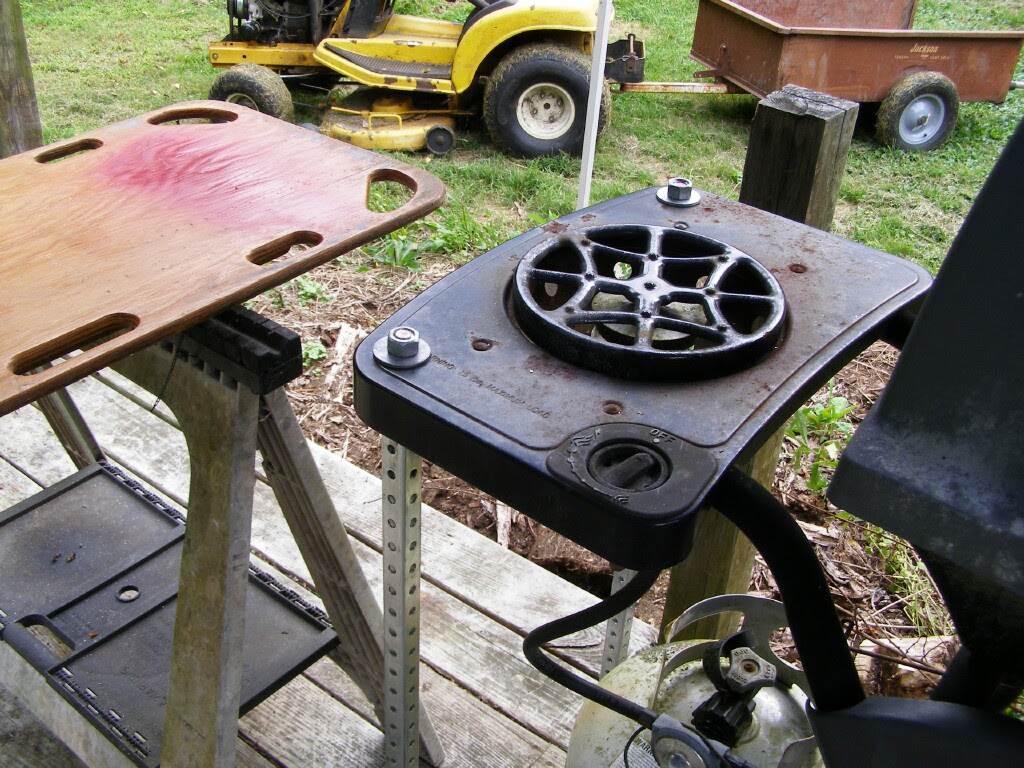 After quite a bit of owners manual and internet reading, the caution with outdoor propane burners and canners is some burners are TOO strong -- I guess they can put out more BTUs then the canner can handle safely.

My canner is also safe for glass top stoves like mine...but takes forever to come up to heat as the stove limits itself to prevent the glass from being damaged.

I think the side burner is a bit faster, but it sure doesn't crank out BTUs like some dedicated propane burners I've seen (hopefully next year's investment :)...but it seems a smidge faster then my stove plus it definitely keeps all the heat and humidity outside.  I did use the electric stove to sterlize the lids, and to heat up some replacement water for the canner. 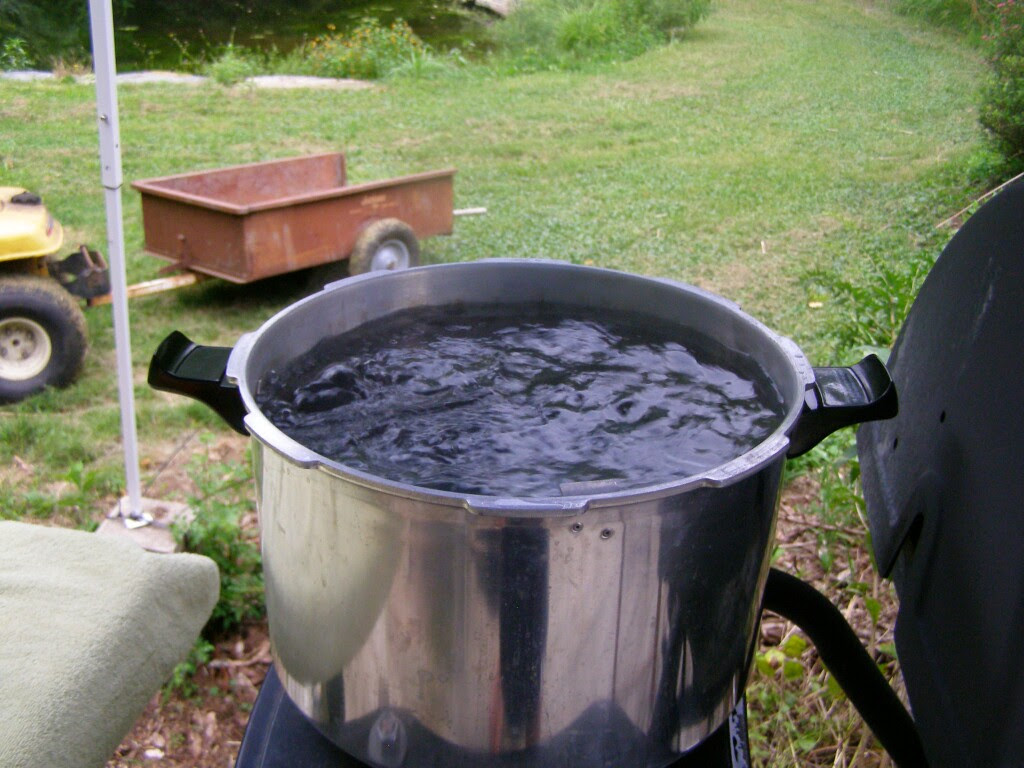 Yes fire friends...the table top is exactly what it looks like :)

That's 76 ounces of beans...ended up making 15 pints.  Pint jars are better for me, since that's a couple meals worth.  I wouldn't eat a quart jar fast enough after opening!  Had almost as much waste, due to bean beetles.  Spent a couple hours watching a movie and snipping away. 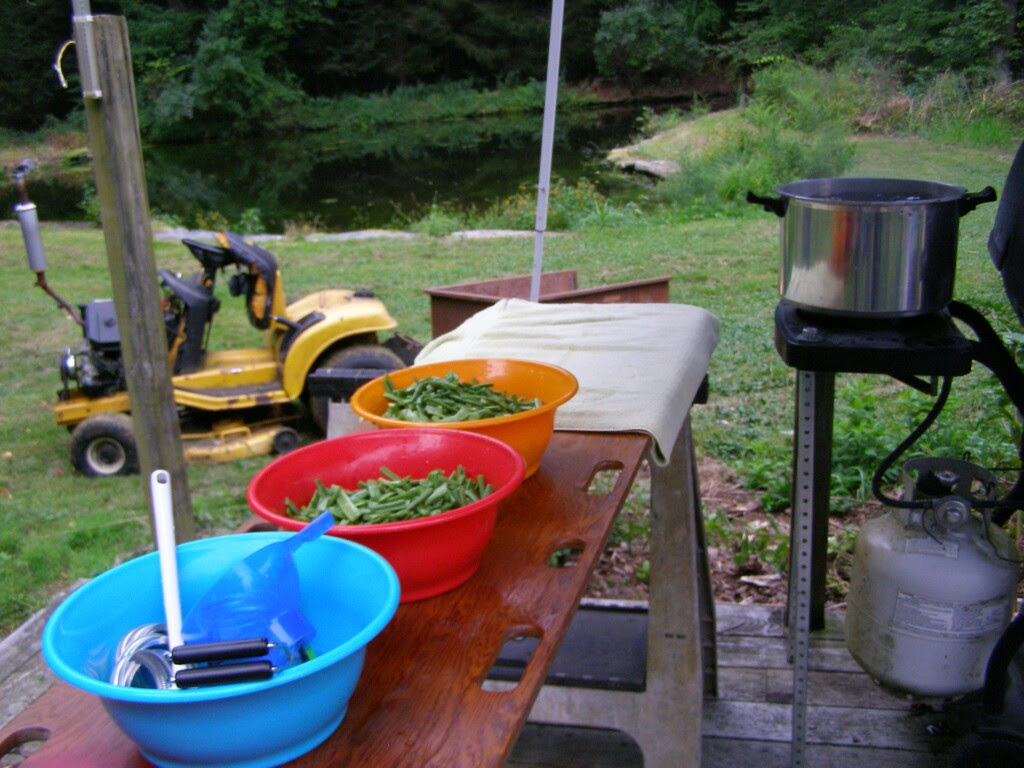 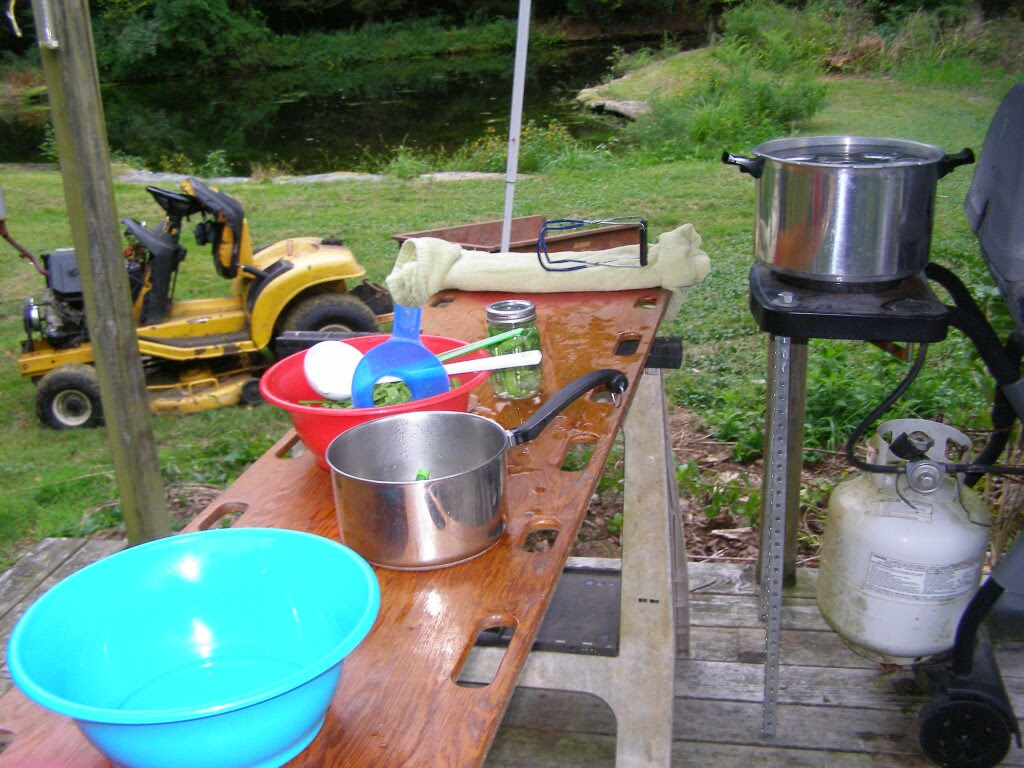 One jar left to put in. 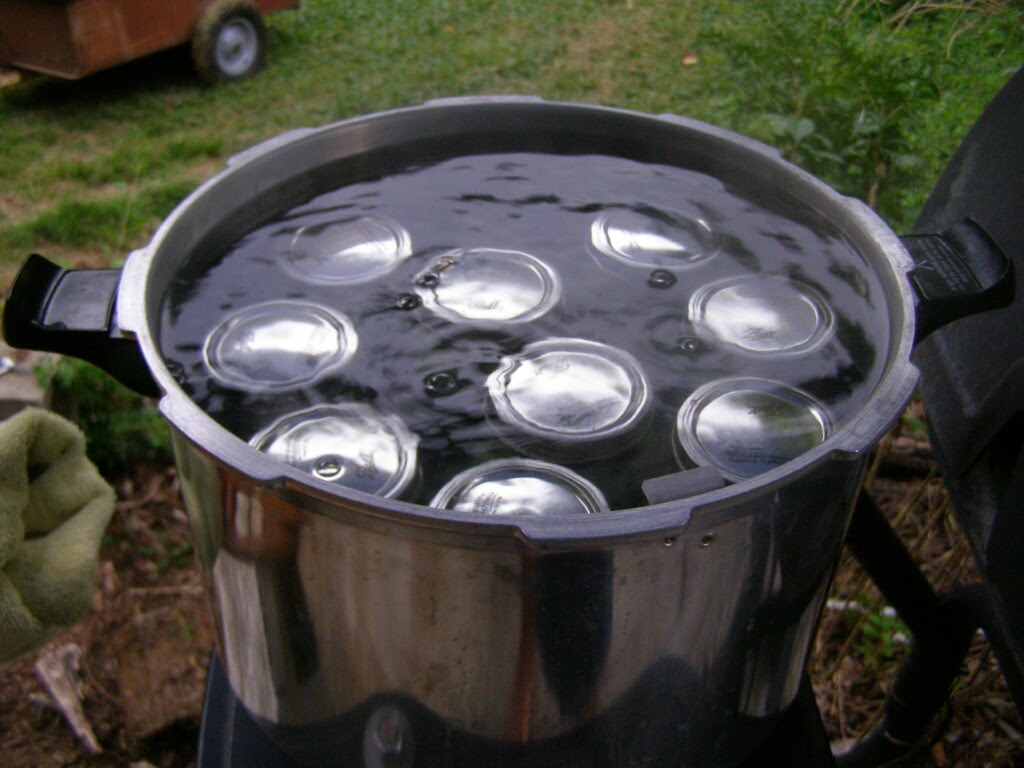 With the weight in place.
My times today:
90 minutes to get to rolling boil
50 minutes to putting on the lid to getting to the specified pressure for green beans (10#)
20 minutes at pressure
60 minutes to cool down to were I can remove the lid.
30 minutes after emptying one batch to get back up to a rolling boil, having topped off with simmering water from the electric stove.
It's the 90, 50, and 30 I hope a better propane burner can cut down substantially...20 minutes is specified, and just plain physics for the cool down 60. 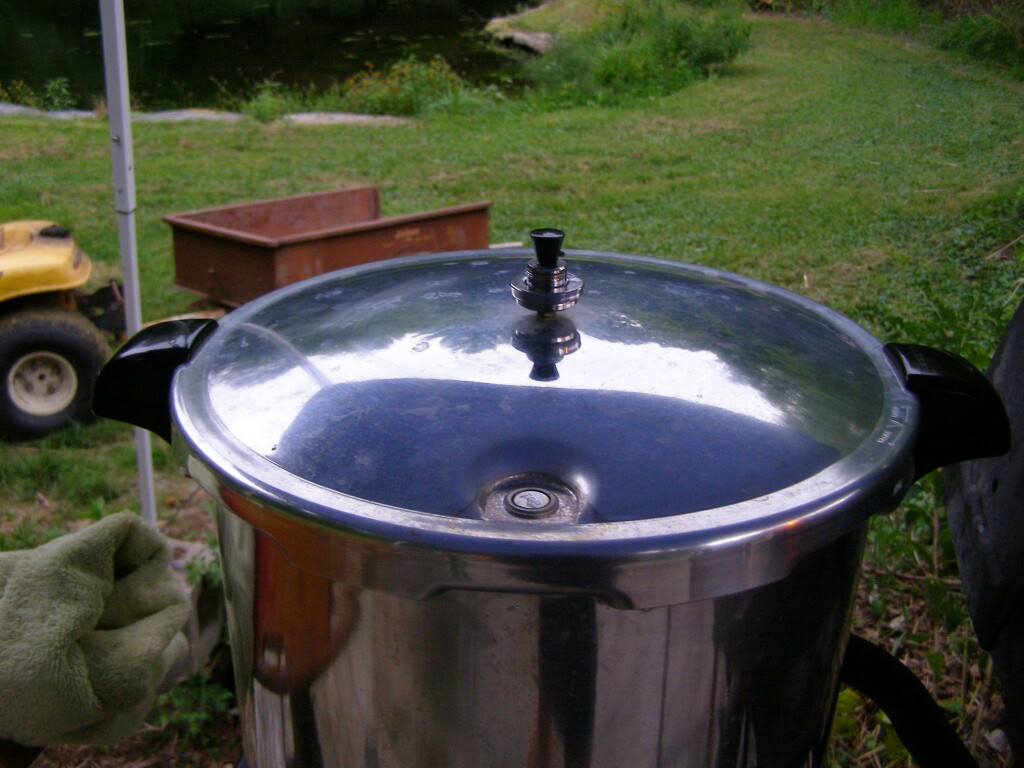 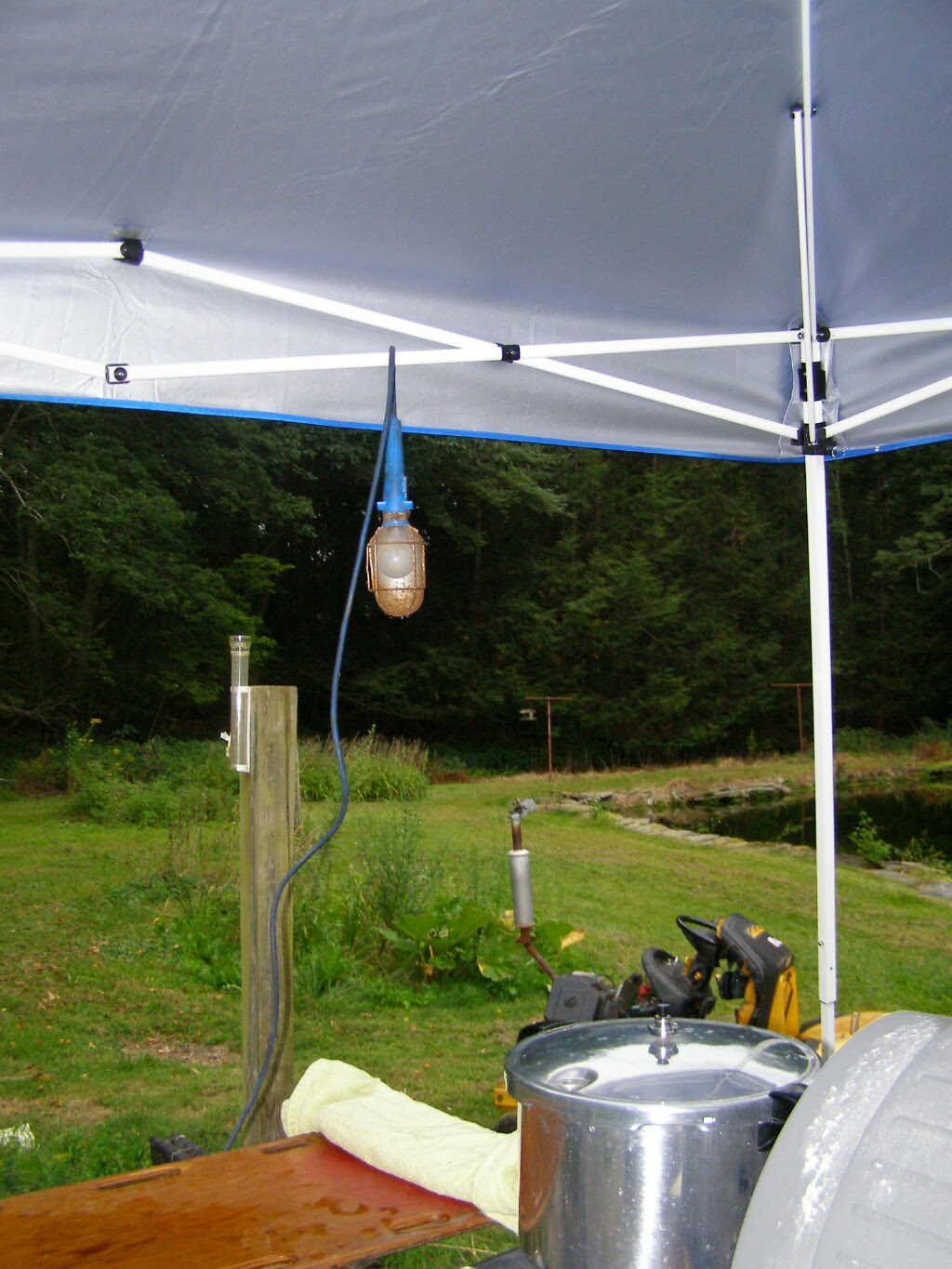 Meanwhile, while the first batch of beans is in the canner...time to make some tomato puree.  That's 122 ounces of tomatoes, plus I had about 100 ounces of waste (so started with about 13 pounds) 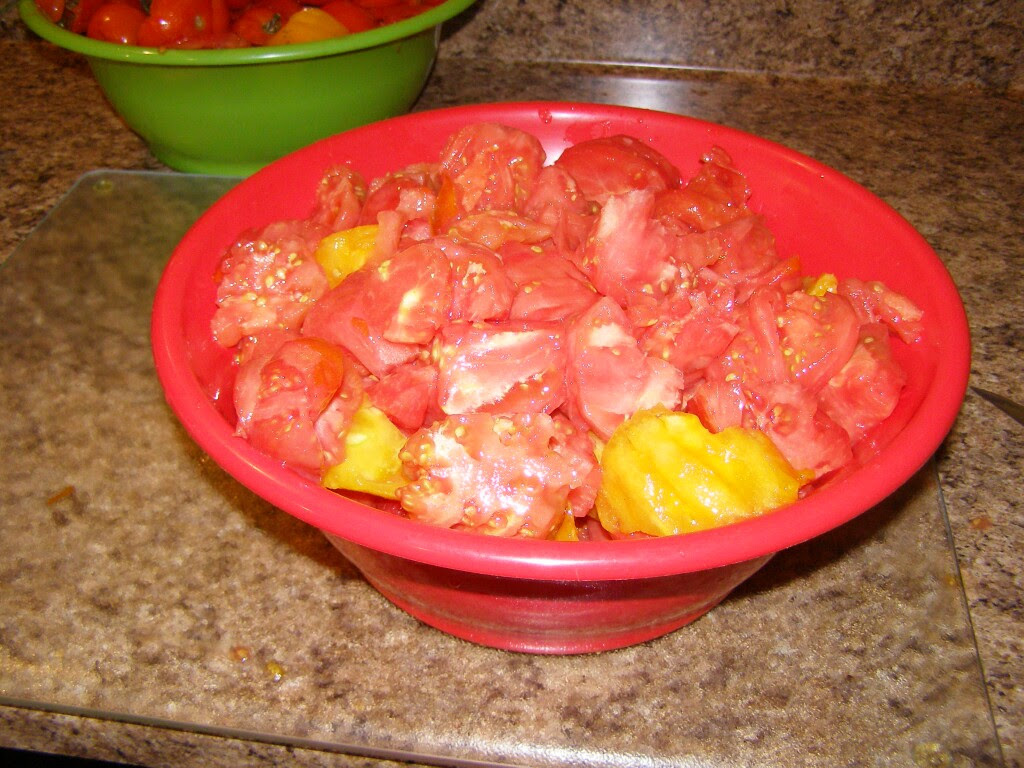 Hmmm...looks like they planned for the canning funnel to fit the food processor :) 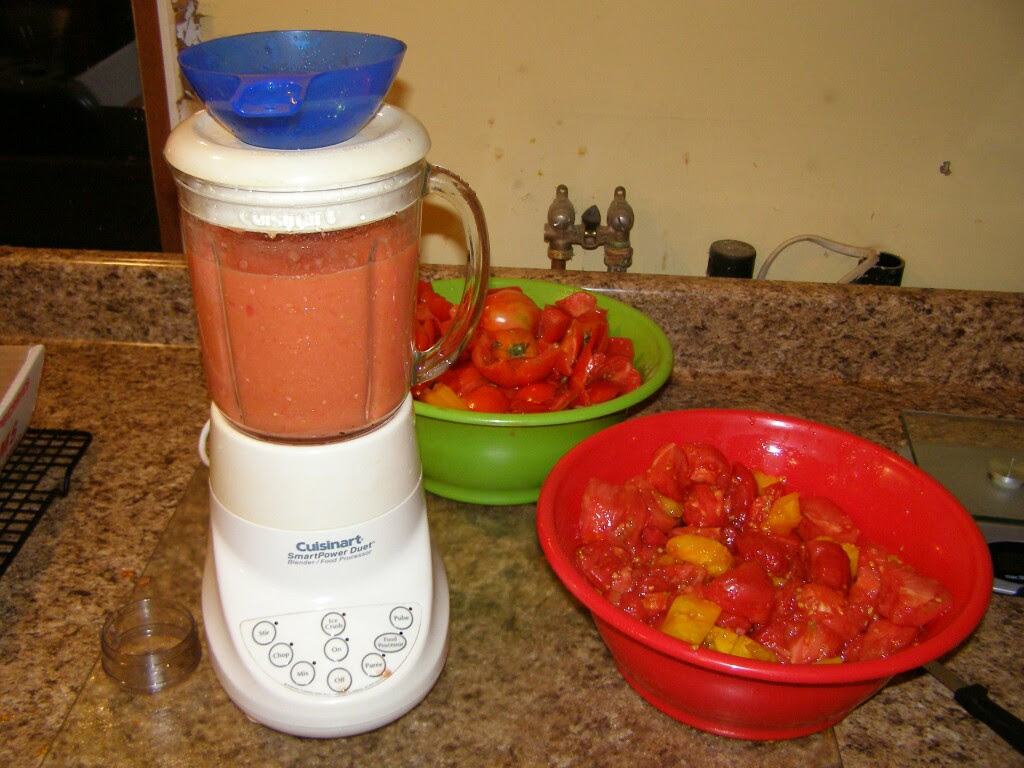 Into the fridge for tonight.  Recipe says it'll take about 1-1/2 to 2 hours to boil down by about half to the consistency its ready to can.  Which should work well with the canner needing 90 minutes to get to the rolling boil before I can.

I have half-pint jars I'm planning to use for the sauce, so hopefully it's one homemade pizza, one jar with nothing left over to freeze. 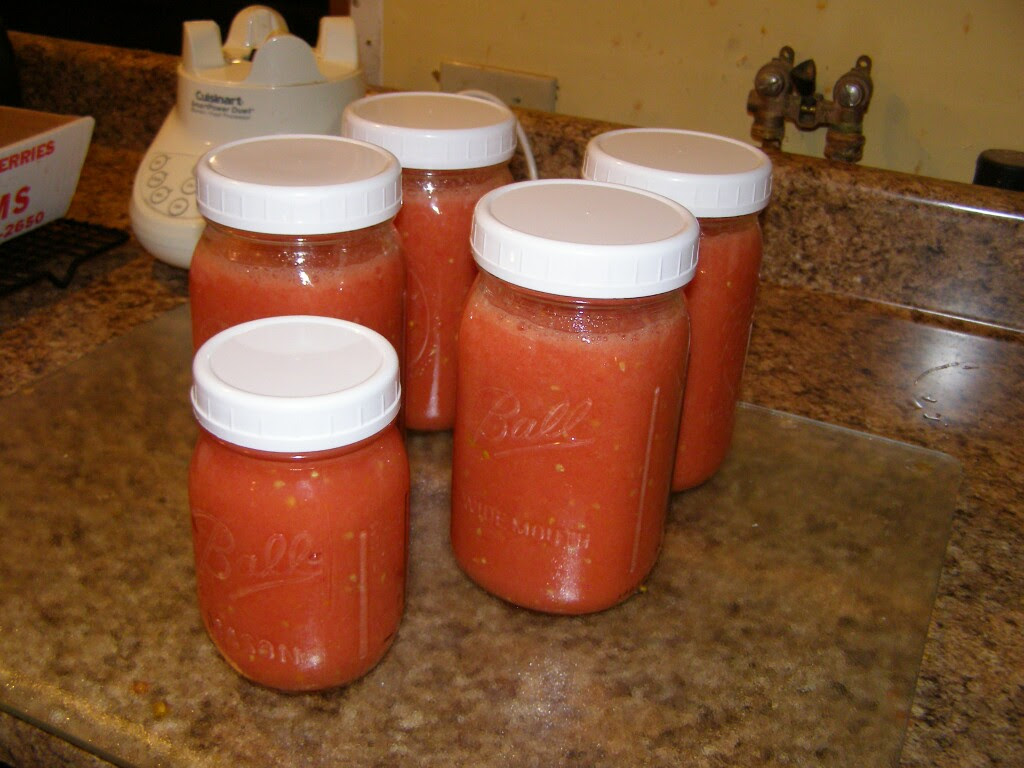 9:15 and the second batch of beans going in to finish 'em off.  I should be done before midnight :) 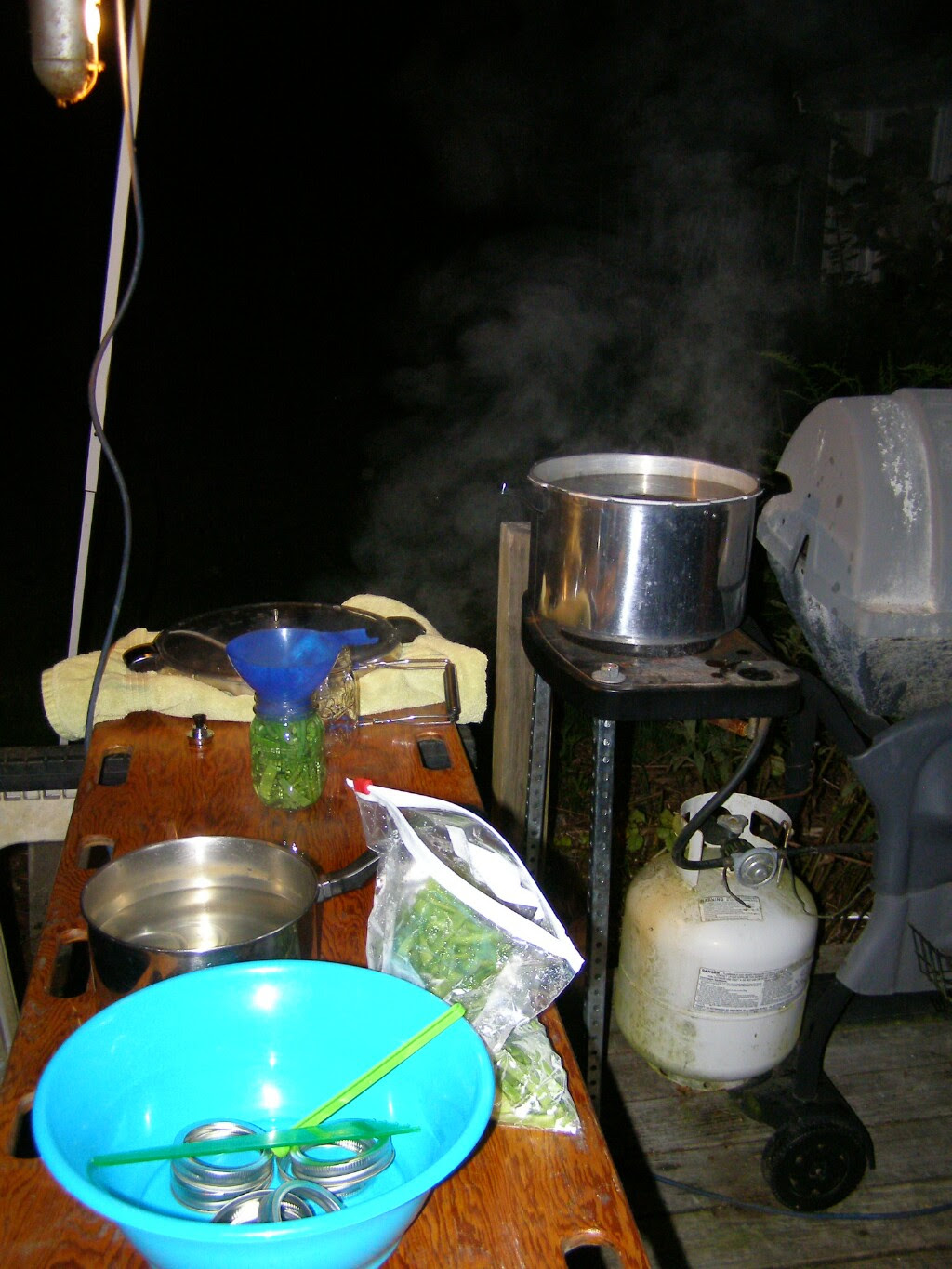 This batch also had mineralization on the lids, its just cosmetic, but I wonder why? Possibly the pot I used to heat up the make-up water? 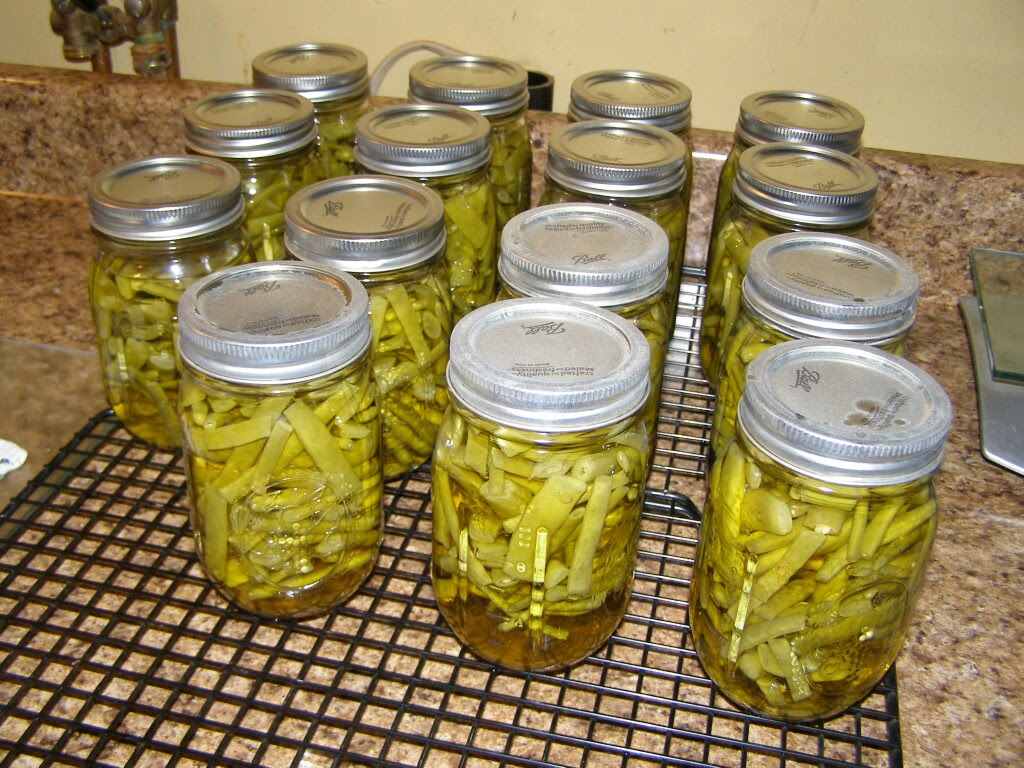