I got the cold frame frame built: 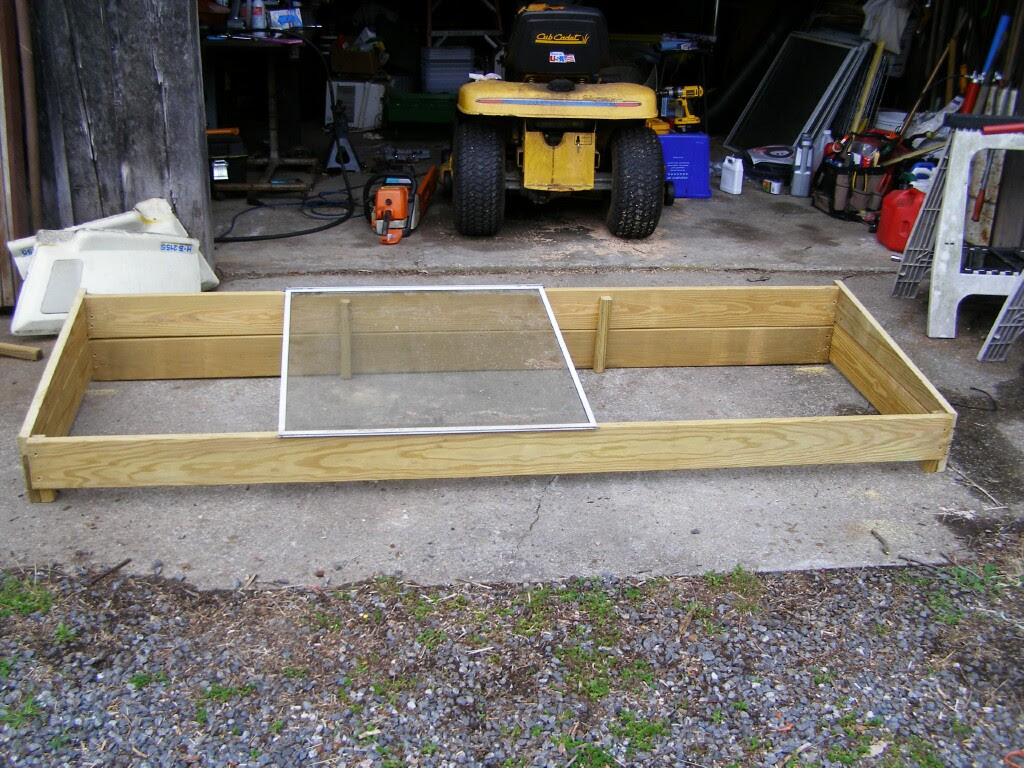 Decided there's no sense mounting the windows till this fall.  When I do I'll also get one of these (or maybe I need to strap a board across the windows and use one that screws in so the wind can't take it?):  automatic opener. 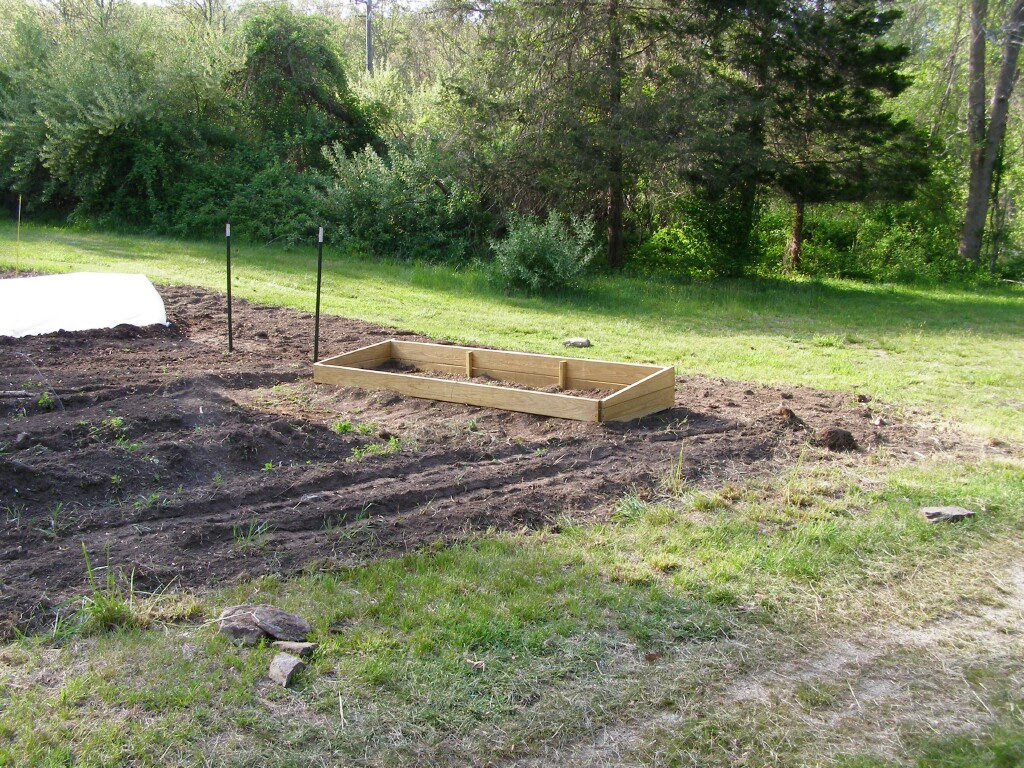 It's a compromise...it's pressure treated, but my research says the leachate will predominantly go down, and crops like lettuce won't pick much up.  Lot less and easier to find than naturally rot resistant lumber.  I am sort of pushing it with my first crop in it -- I did include Carrots and Radishes since the soil is some of the deepest and best screened I have.  Also Chard, Spinach, and Walking Onions.  I'll put up some deer fencing to keep the deer and wabbits out.

Come this fall, that'll be my winter lettuce bed :D

I'm hoping this, though more work for weeding and I'll have to hand-pollinate, will be the fix for the combination problems of Squash Bugs and Squash Vine Borer on the squash, and Cucumber Beetles and the bacterial wilt they carry on my cukes.  I've *never* had a decent cuke crop...I'll get one or two and the plant dies.  The squash do OK until they succumb to bug pressure of SVBs. 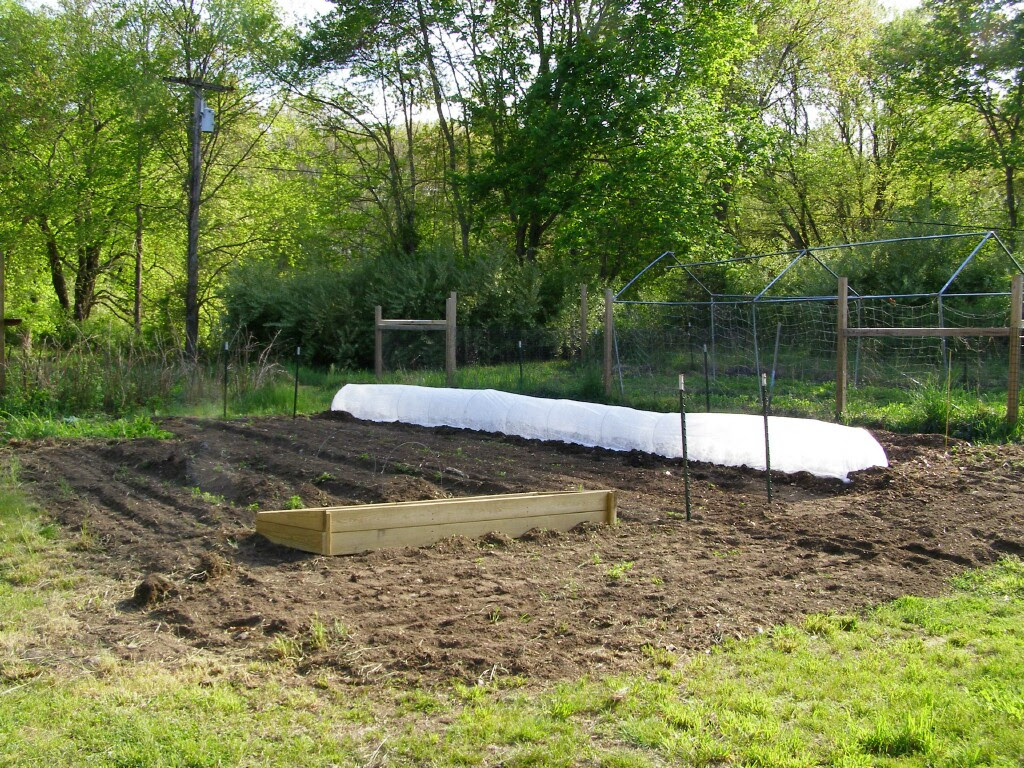 The only problem being a mouse had chewed a hole in the center of my roll of FRC...ruined (or at least made half-width) half of it or more.  Grrrrrrr.  Just lucked out what was still good was just the right length.  I have a couple other rows with vine squash that I'll need to buy another roll this weekend to cover. 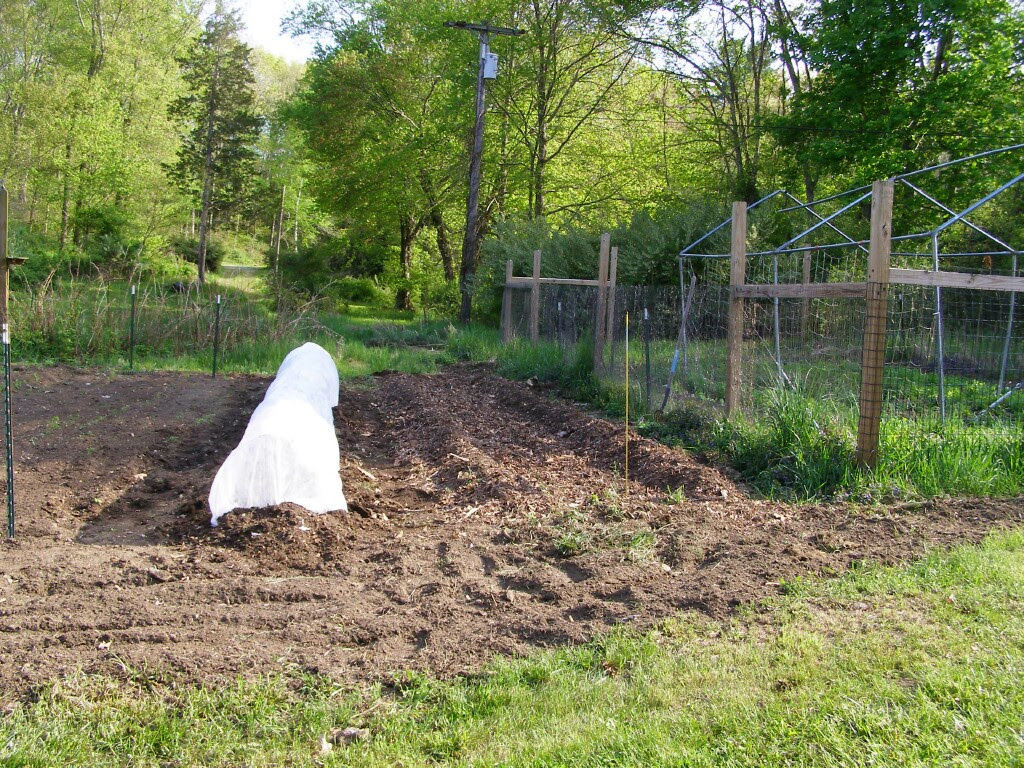 Corn is planted towards the front of the pic (with space to get the tiller into cultivate in the main garden), and along the driveway are lots and lots of flowers.  The car had to come down to jump start the truck...guess since I don't use the truck that much now, bee-bopping around the yard it doesn't get charged up.  It's loaded with about 1/2 the stones I pulled out this weekend (I used to have a small wall, that was a pain to weed/mow around.)

I wish I had more organic matter...I'd have to radically downsize the garden to match what I can get.  The tiller helps a lot to keep up with the weeds.

Between the fence posts will be the tomatoe, eggplant, pepper plants in a few weeks when I buy transplants. 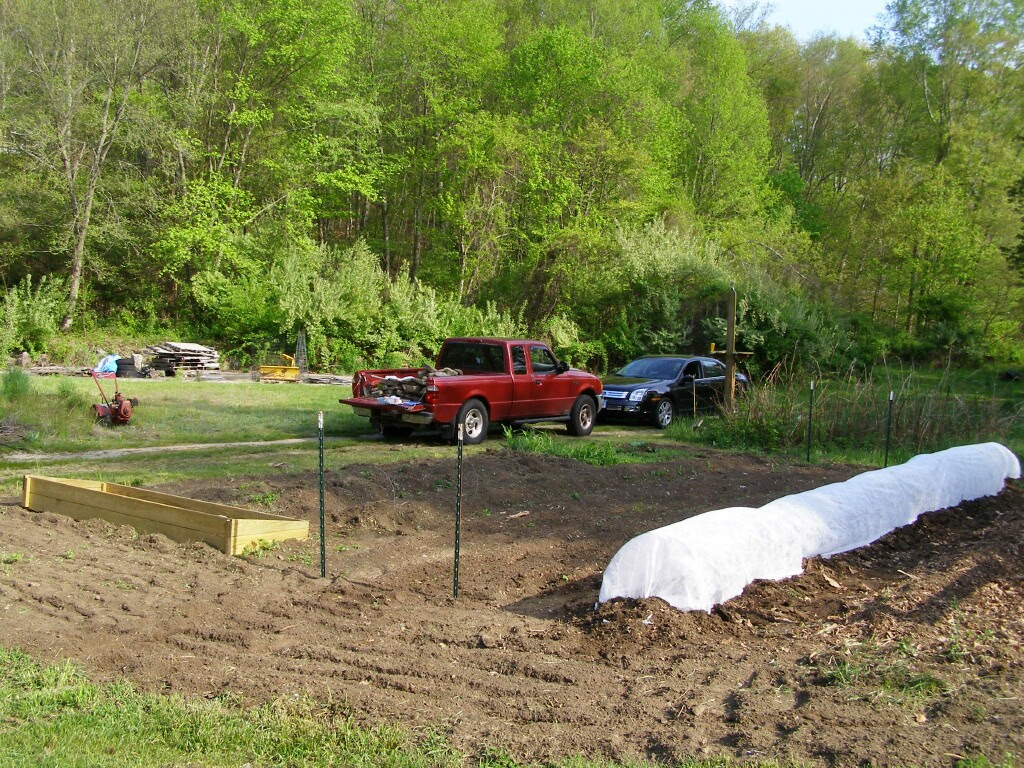 And now that I'm done with that...I get to weed and plant some more "inside the perimeter" in the area fenced to keep deer and wabbits at bay: 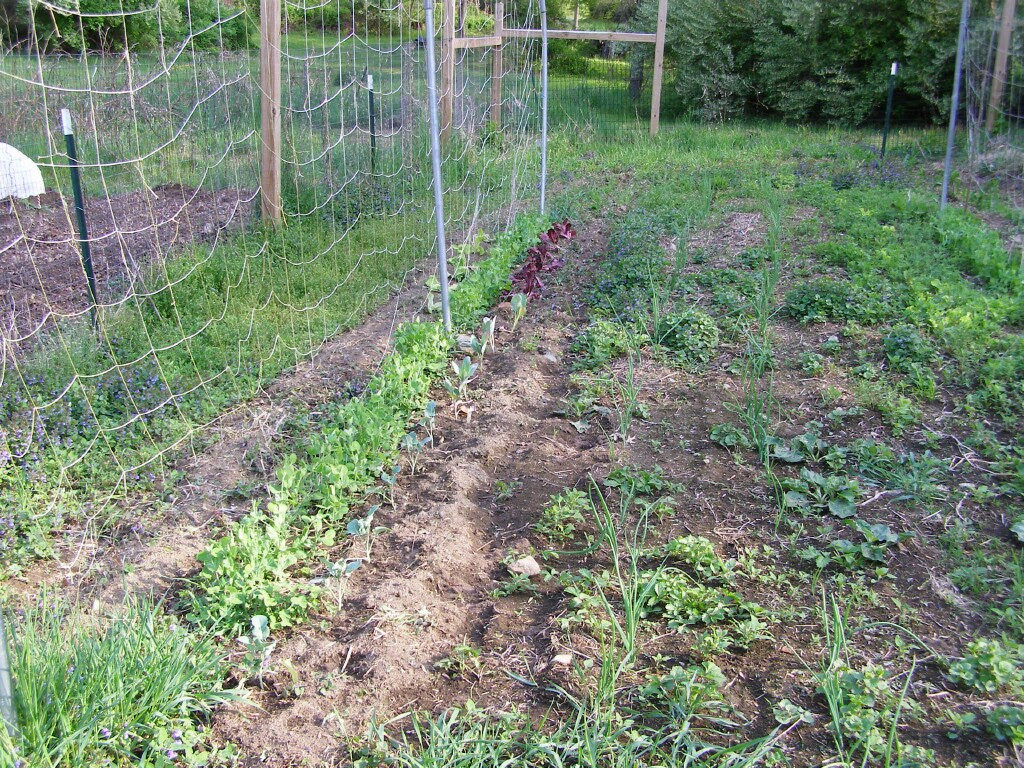 Looks like that's it for this week with rain and showers predicted.

Flowers (all of these bought for 50-75% off at the end of last season and stashed in the fridge over the winter):