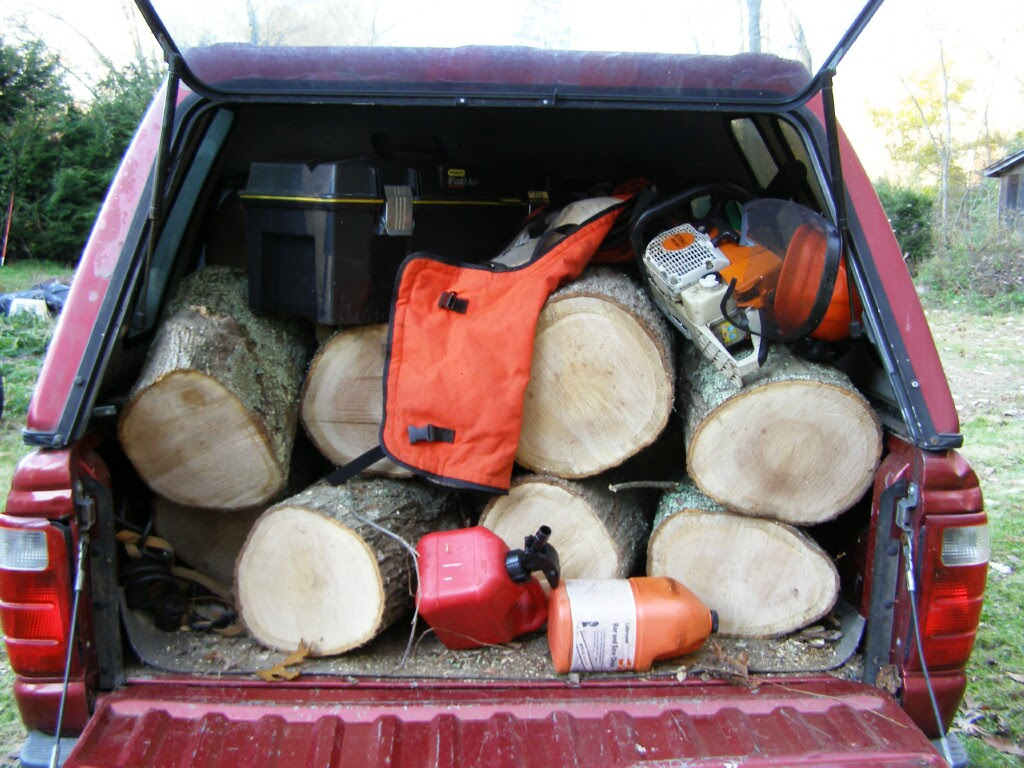 First load 2011/2012 off the woodlot. Figure I've already brought up to the porch one load from trees down in the yard. So let's call it 2/16 -- I'm figuring I need 16 loads this size to heat for the winter with my current stove. In the past I've split in the woodlot and then hauled down. New plan, since I fear a winter like 2010/2011 again, is to haul down as fast as I can the split it during later -- goal is to have the 16 loads brought down by December 1st. Fortunately my stove can burn green wood.

Once that's done, I'd like to bring down another 8 loads (2 more cords) to season for next season, when I should have a much more efficient woodstove installed which will burn only half as much wood but it's got to be seasoned. I'll still probably buy two good seasoned cords next year to go with the stove.

Pretty sure the wood is white oak -- doesn't look red to me, leaves look like white instead of red oak, and it's heavy as all sin!
Posted by Matt at 6:00 PM