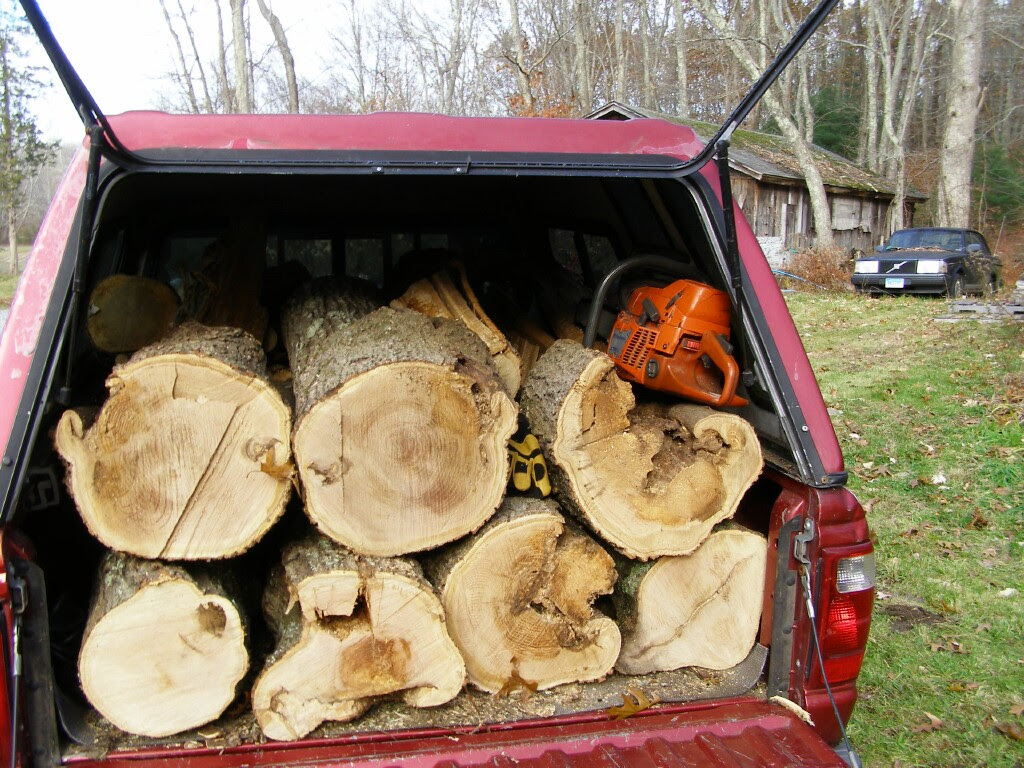 Got three loads, figuring 1/4 cord per load, in today.

Most of the first two were already blocked up though there was a little bit of cutting.  Third load needed to be blocked up.

Mix of green red oak (2 broken tops from Irene, with the bottom of one of the oaks too) and 2 well seasoned red maples that I snagged a couple years ago.  Had my neighbor with the backhoe pull the the tops and snags down for me so I didn't have to screw with them.

The new to me 372XP is a firewood creating machine :)  Gonna take me a while to build up muscle memory that when using the saw with the wrong shade of orange the stop is right, not up. 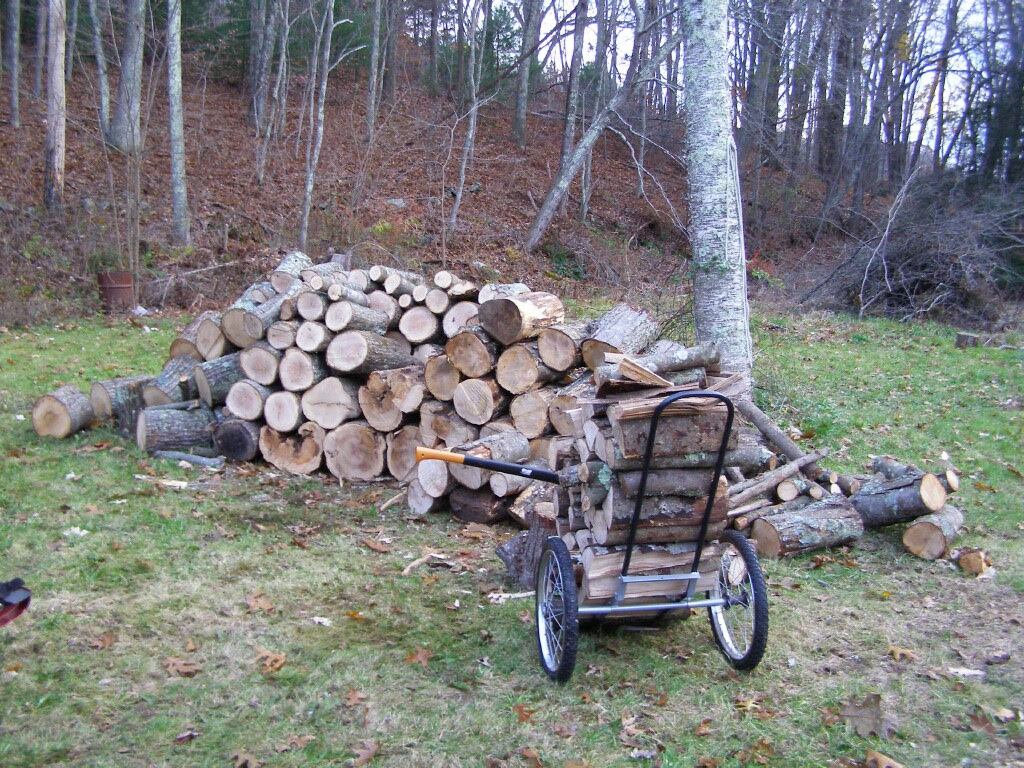 Four loads, my Fiskars, and my firewood cart.  It's made by Mid West Products in Phillipston, OH -- http://www.lambertmfg.com/ , but you can buy it much cheaper through Harbor Freight instead of direct from them -- http://www.harborfreight.com/firewood-cart-44599.html .  Should be about a cord there once split, there is another pile of small stuff behind the two rows you see.

I figure I need 16 loads per year, I'm on 6-1/2, and my goal is 24 for this year to build up a two cord reserve towards next year when I'll get a more efficient stove but can no longer get away with burning green wood.

Also learned my current Advil needed is three loads.  My fat ass could do 1/2 cord day in, day out right now no problem, that next quarter did me in.  Also also learned I'm out of Advil.  *sigh*