I'm getting into an area that some of the trees are down on the steep hillside that I can't just drive up to the logs to load. And I'm loathe to buck them into blocks and then toss the blocks 2, 3, 4 times (and much would need to be split to even be small enough to toss) up to the landing.

Loaded up the Ranger with wood I had ready to load, then hook up a log. 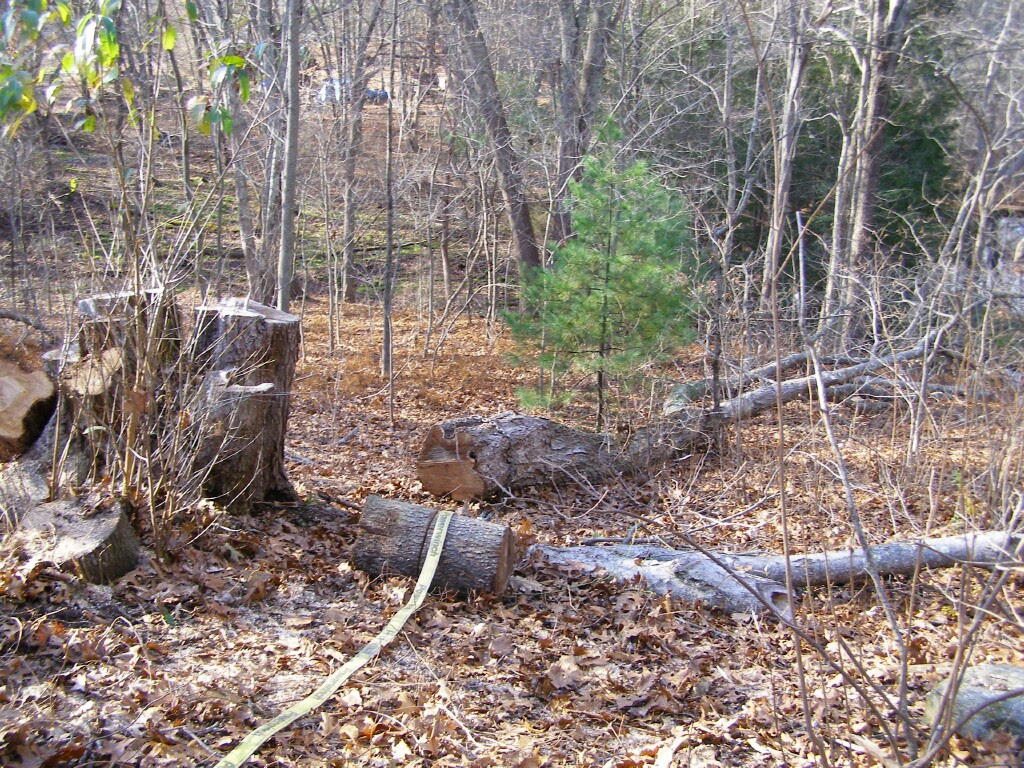 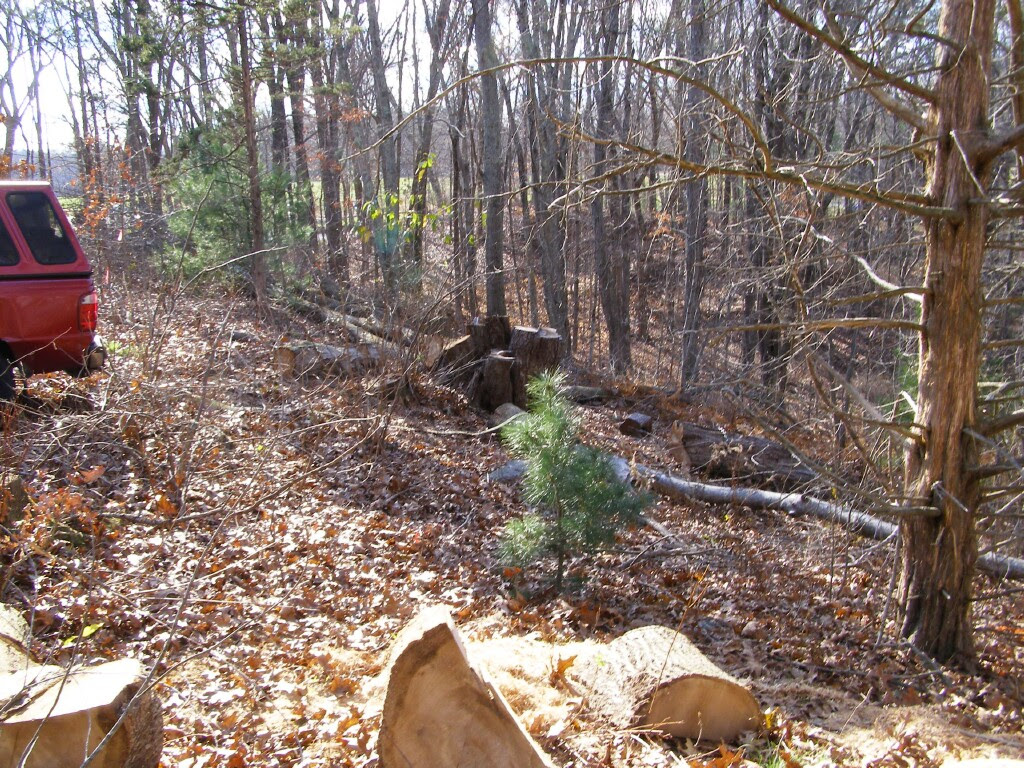 I also cut the bottom of the log at a sharper angle to reduce the tendency to snag, and set the chains so the pull would be from the bottom.

Used a couple 6' logging chains, I was just barely able to wrap one around the log. Used a second from the one that wrapped the log to the strap. 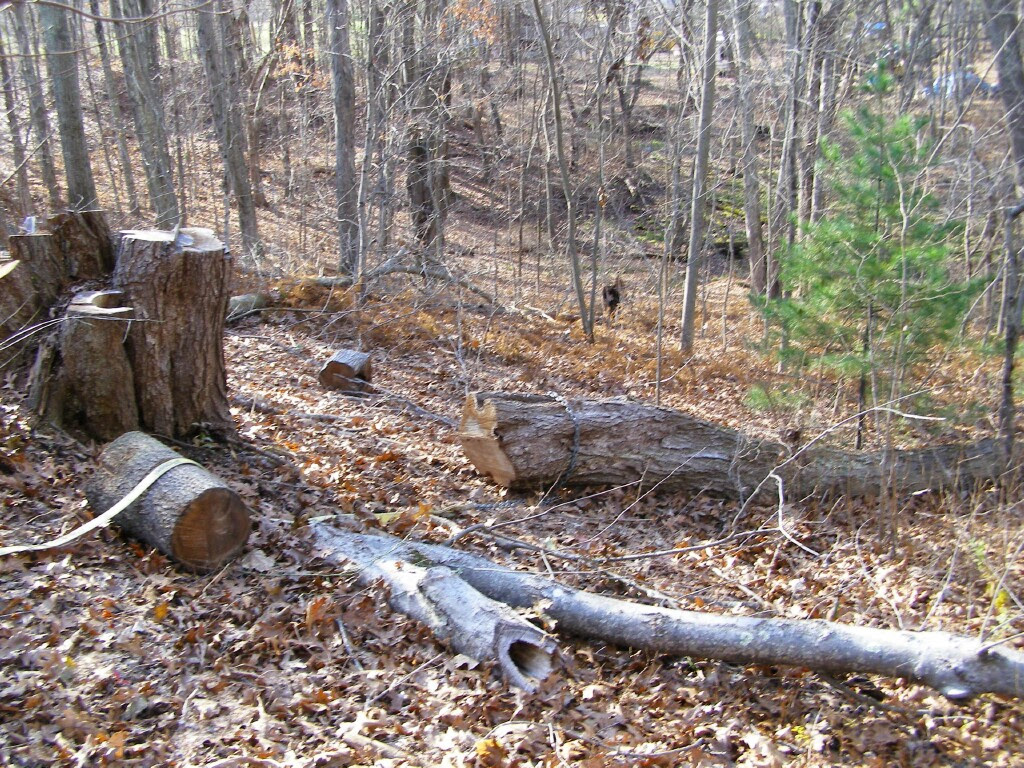 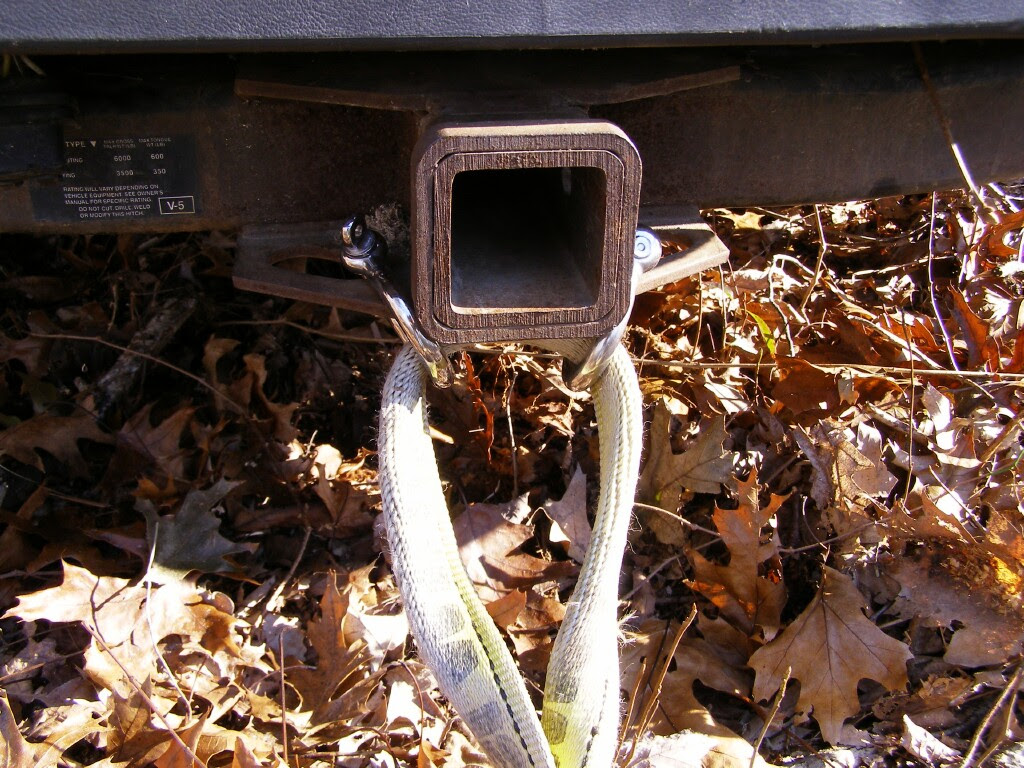 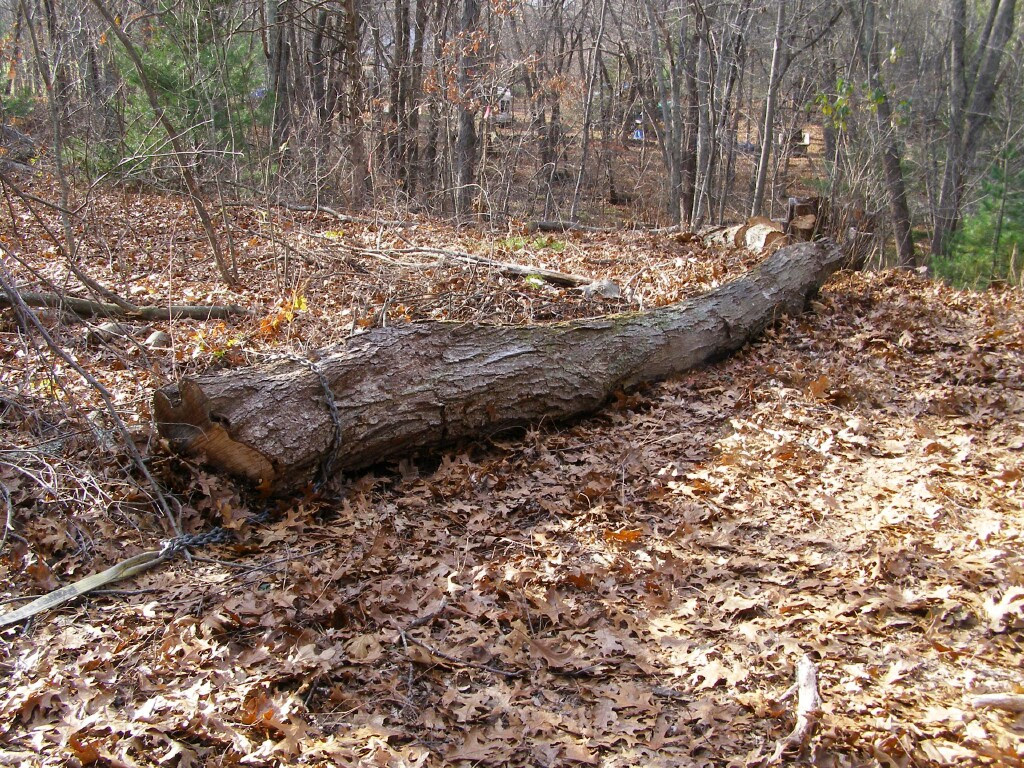 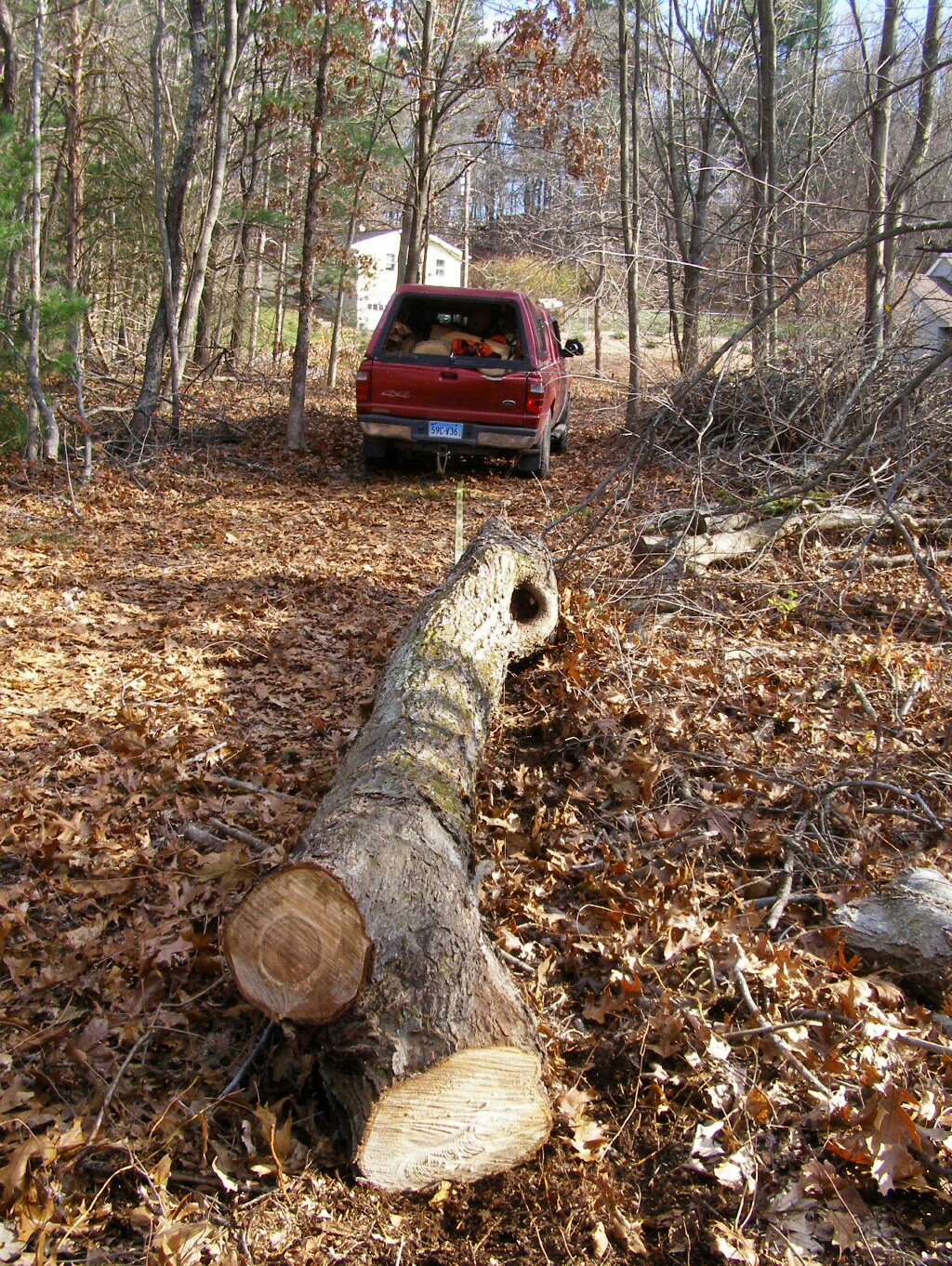 Thanksgiving morning I similarly moved some *much* smaller logs (maybe 12" diameter) which the Ranger barely even noticed it was pulling.