Brooklyn got out OK, enough rain to keep things from getting bad.  Irene hit Eastern, Southeastern, and Coastal Connecticut hardest in August and *was* the largest power outage in state history at ~770,000 customers.  The nor'easter hit the Western, Northwestern, and North Central areas hardest -- and blacked out 820,000 customers! This is the outage map as of 3pm Sunday, over 24 hours after the storm began: 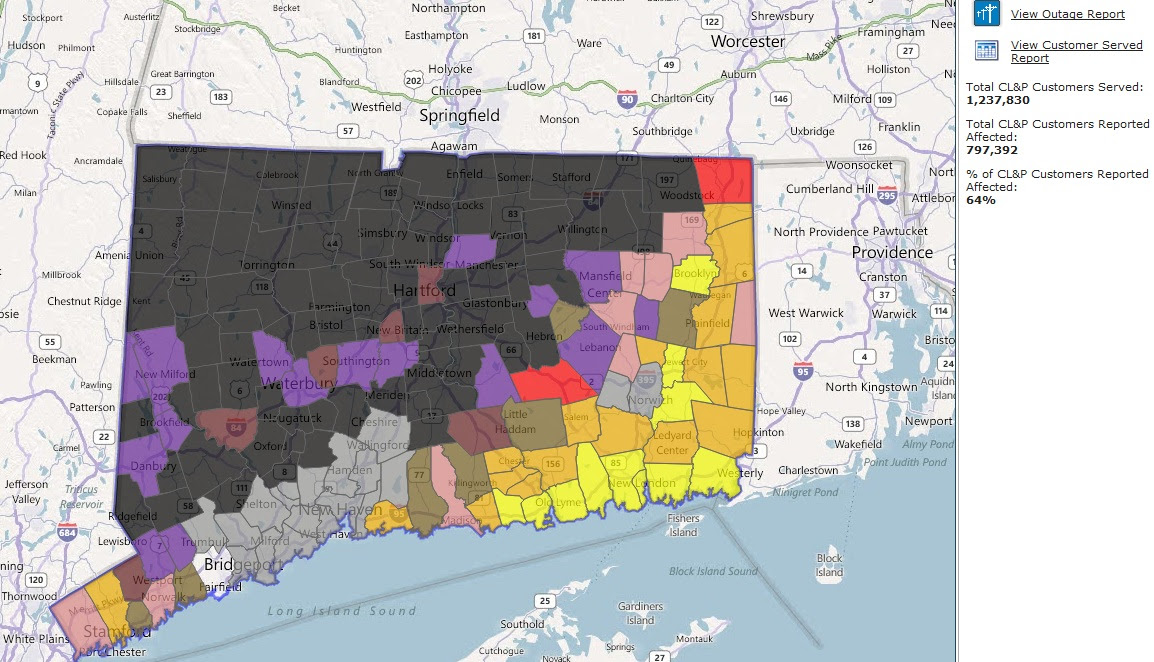 Lacking ambition to work inside today, I decided to head out of a Sunday drive. Leaving my driveway...put a chainsaw under my pickup cap, in hindsight, I should've included a shovel and tow straps though I didn't need them :) 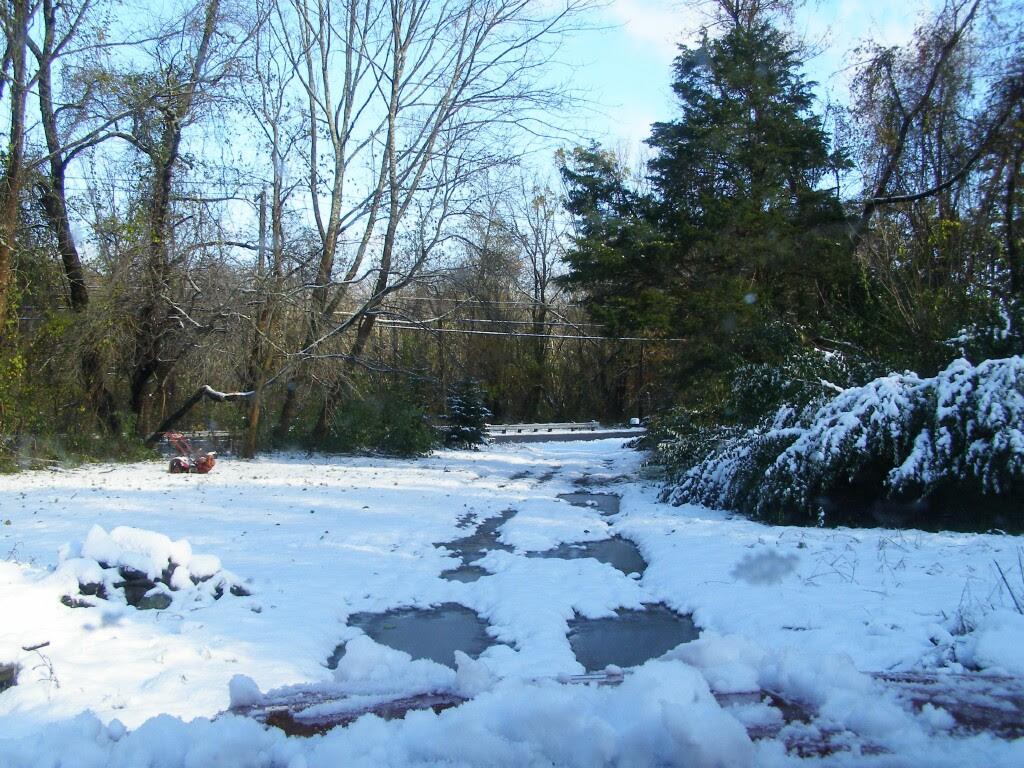 Didn't see any significant damage till I got to the top of Pomfret Hill, and it was becoming common but not overwhelming by Woodstock Hill. Woodstock Common looking towards the Pink House: 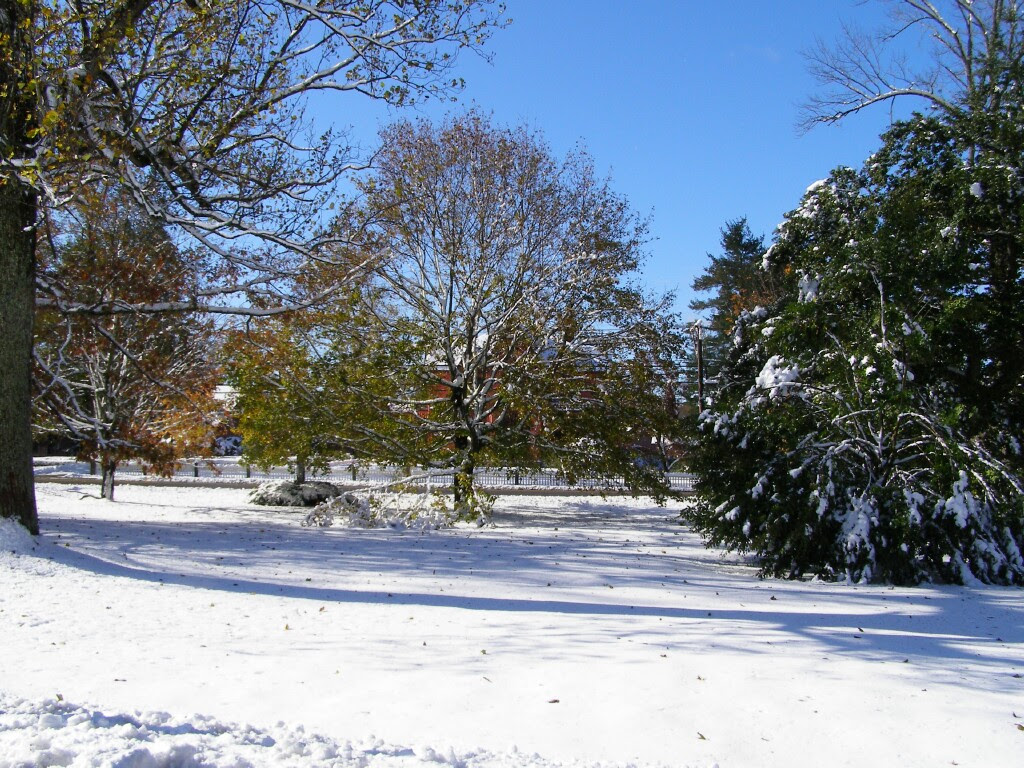 No damage, just liked this shot of Woodstock Academy: 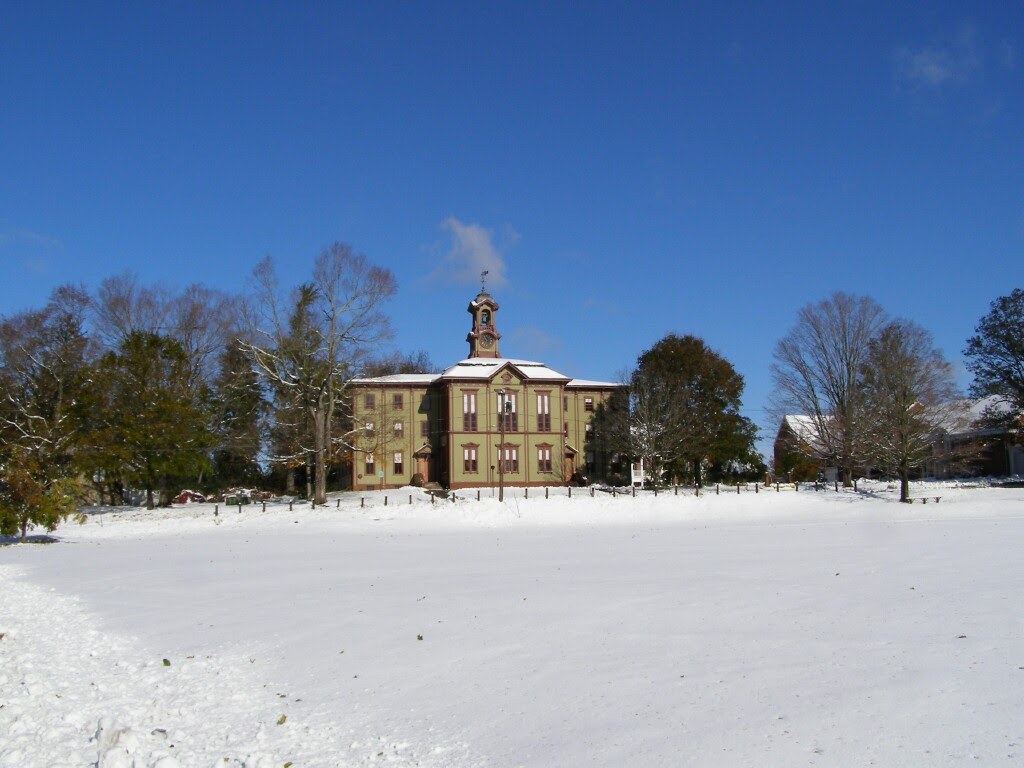 It was Charlton where the word "slammed" started to come to mind. Route 31: 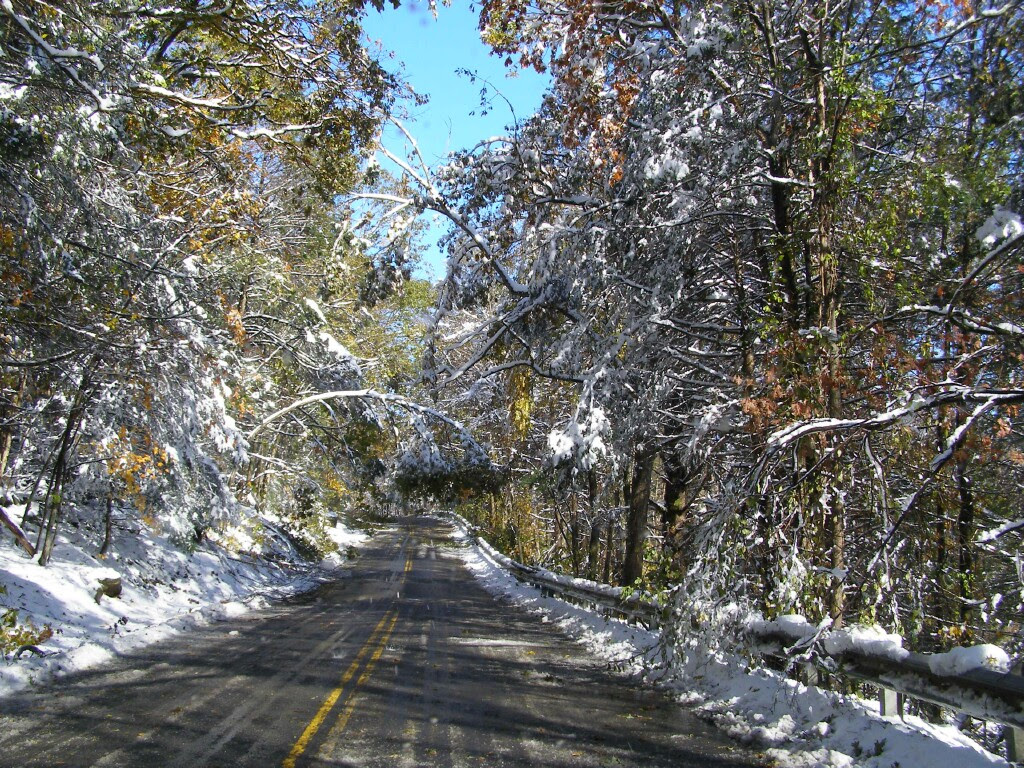 Green Leaves & White Snow in Charlton. Charlton, Sturbridge, Holland, Mass. and Union, Conn. reminded me of moderate hurricane or ice storm damage. Widespread, but not overwhelming. But with temps dropping into the 20s tonight, and this damage more widespread then the more severe but localized '08 Ice Storm...folks are going to be out of power for a while. 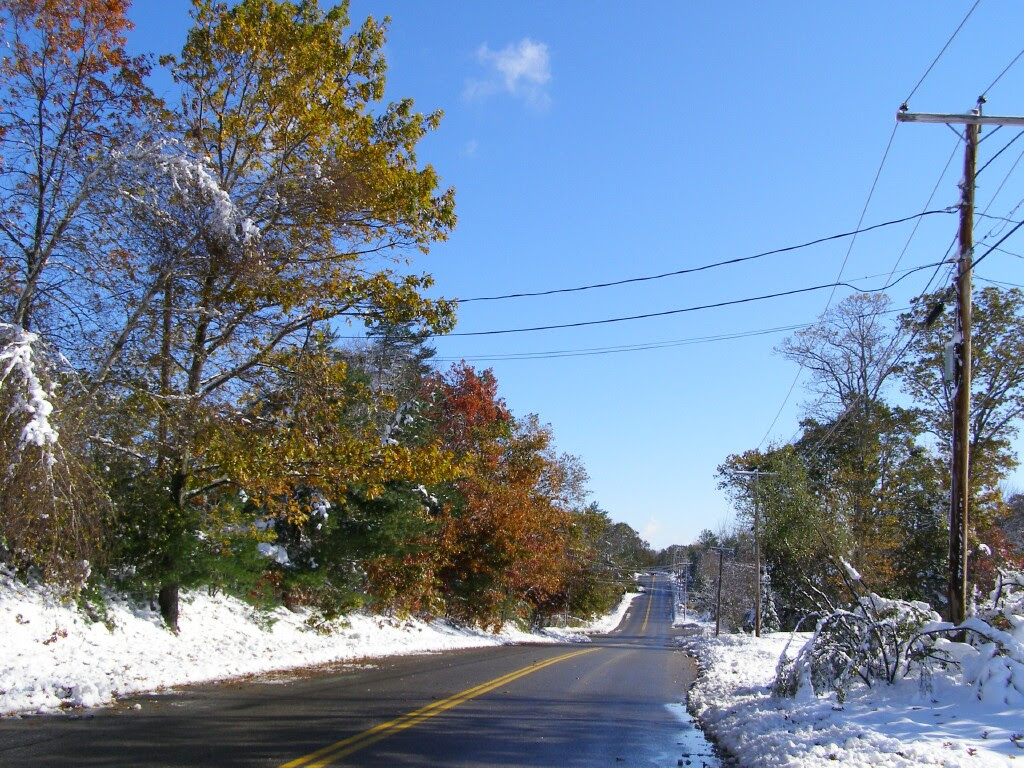 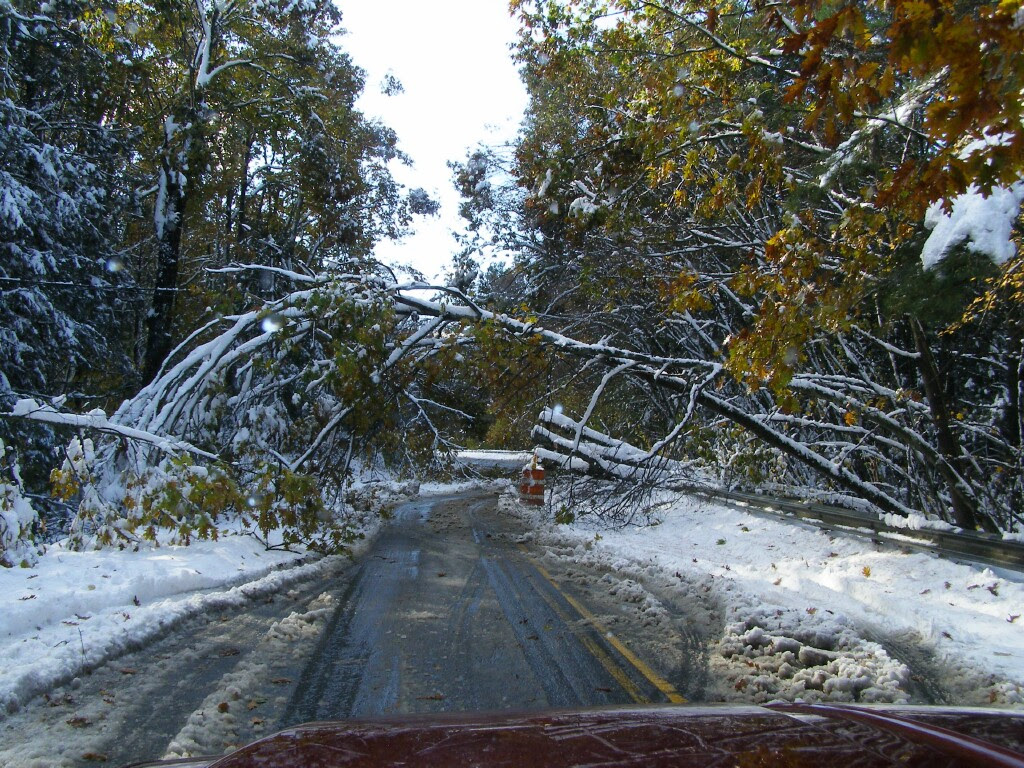 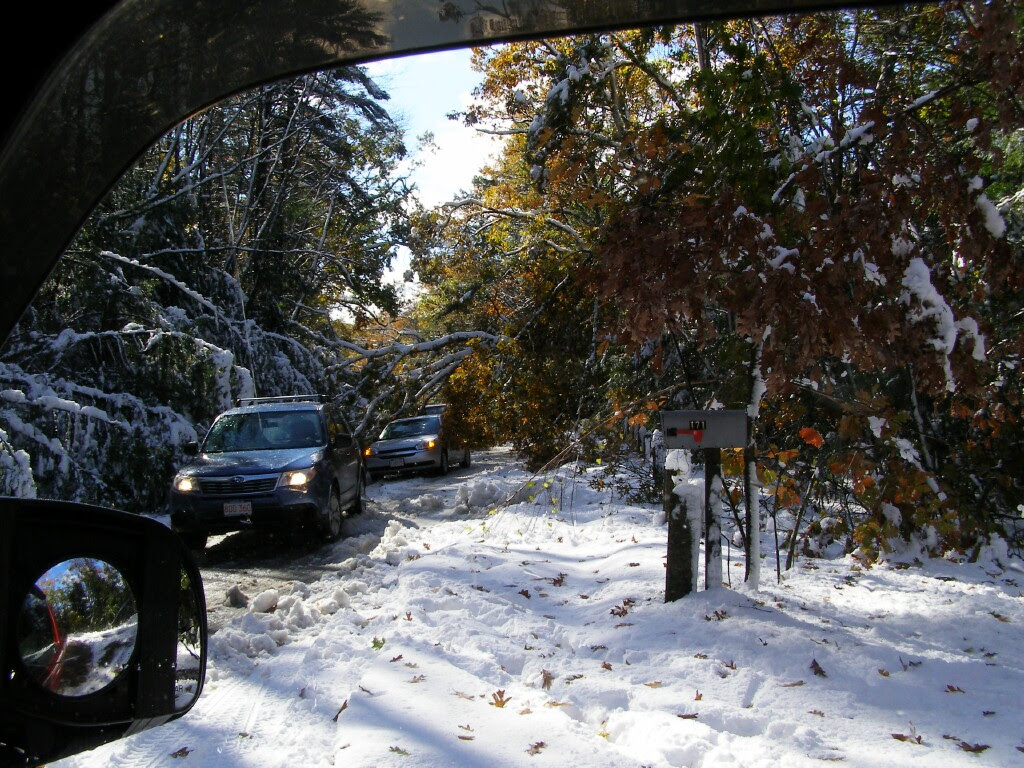 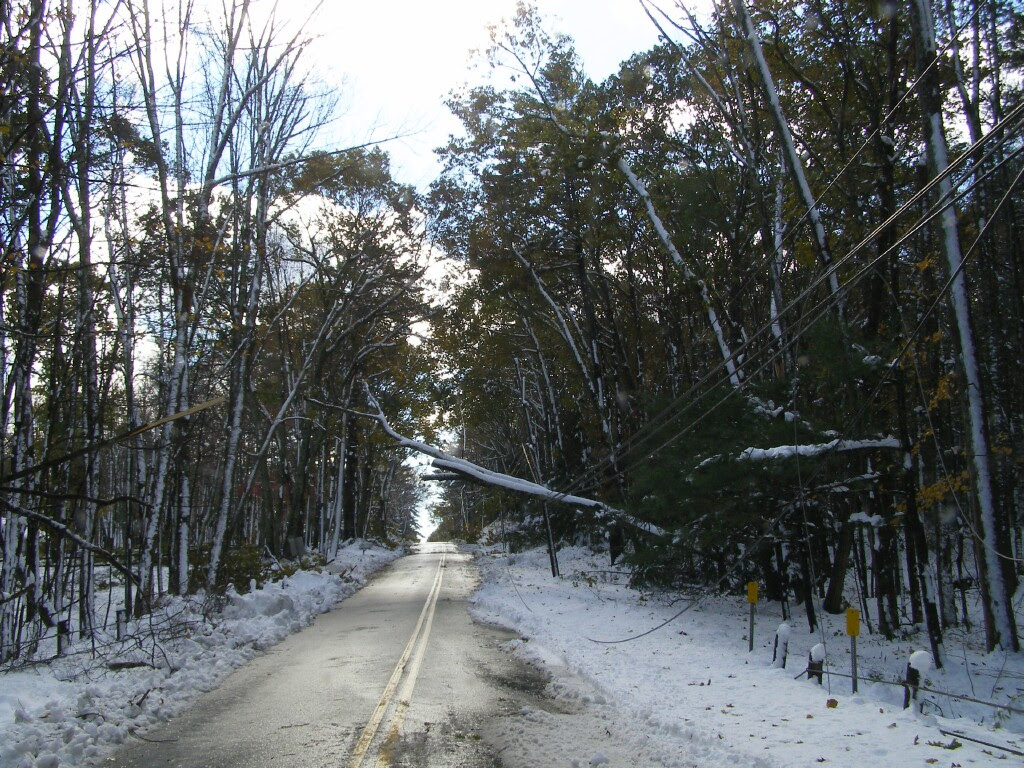 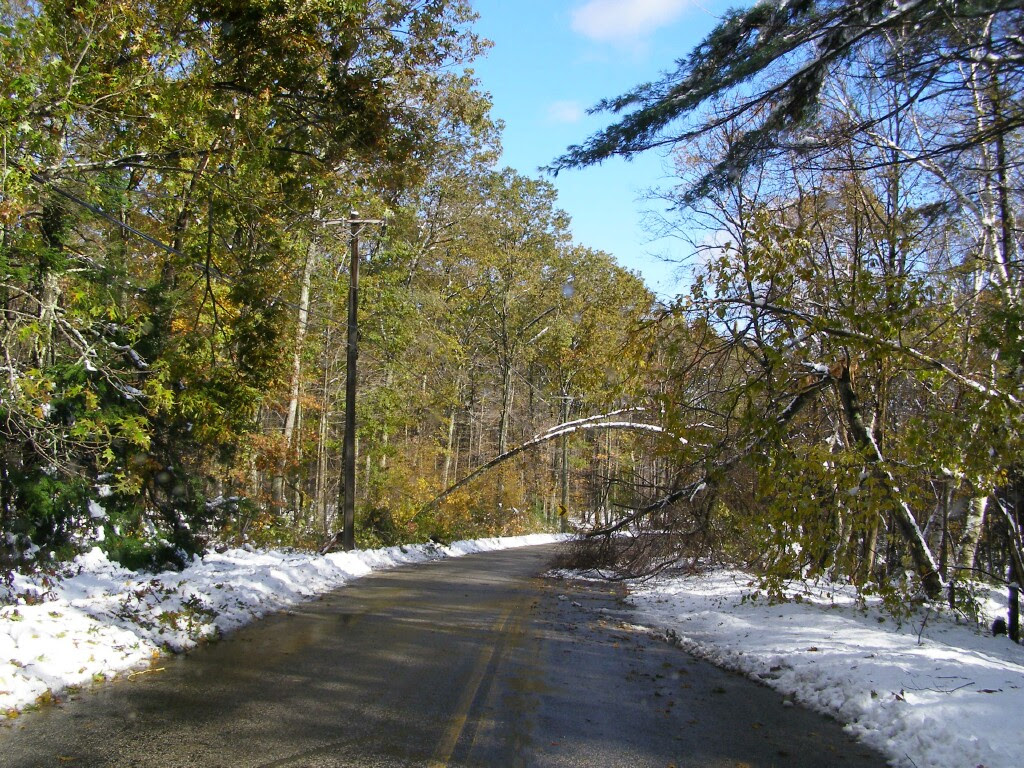 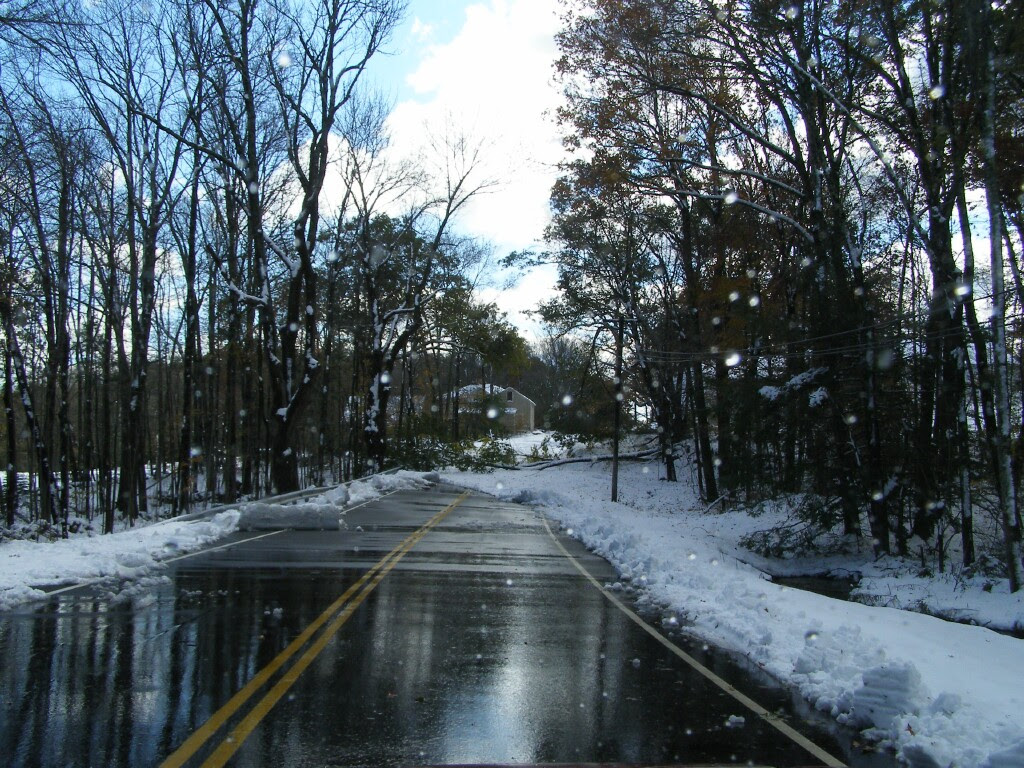 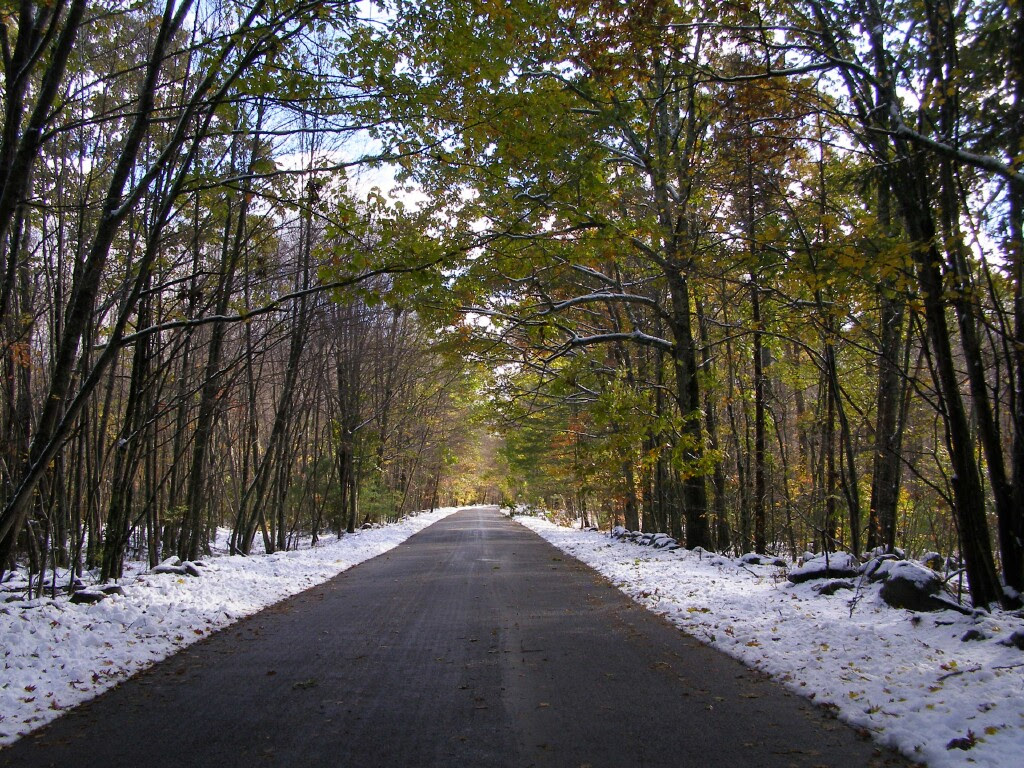