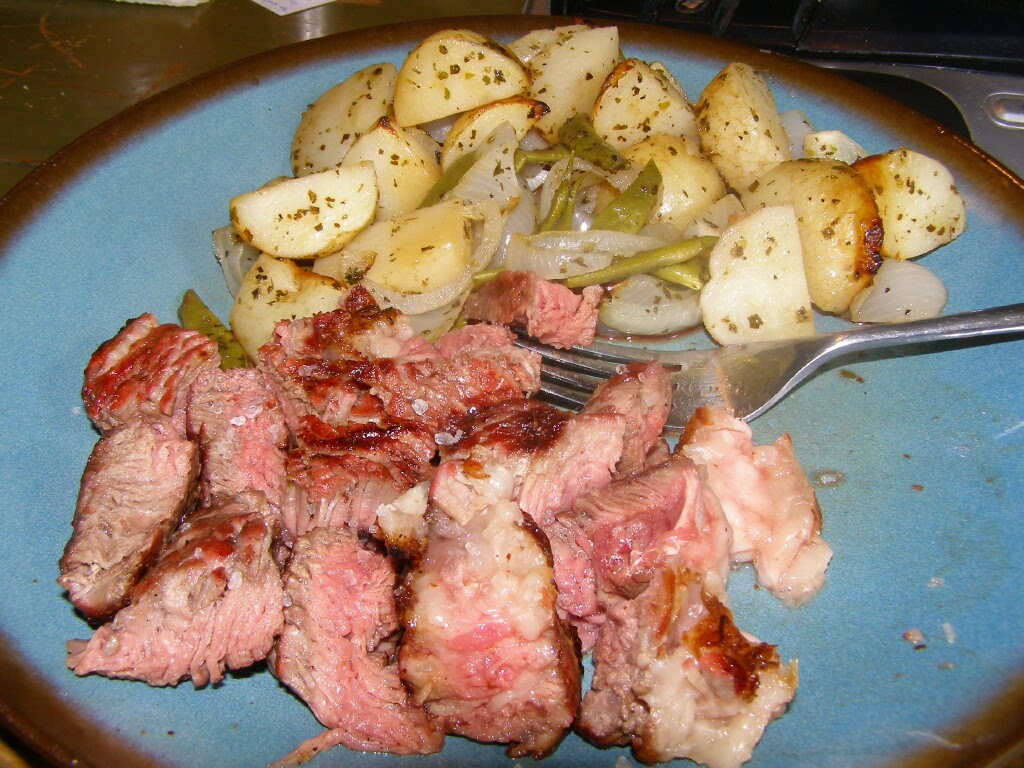 I had a hard time finding steaks from Brookside locally last week :( But I zipped down to Griswold and managed to get some Ribeyes from Campbell's Farm where I buy my pork when I can.

Had the other steaks at Mom's last week, and Ed commented it was flavorful and tasted like beef used to taste...which coming from a former butcher I reckon is good :)

I pay a small premium -- these were I think $13/pound, compared to Big Y selling Angus Ribeye for $10/pound. But even at that price its still no more expensive to make a really good meal at home then an OK meal at a modestly priced restaurant.
Getting pretty good at foil grilling my veggies too -- I've figured out to put the potatoes down first, today topped with beans and onions. Beans take as long as taters to cook, and onions get sweeter from more carmelization. But each will burn if touching the bottom of the foil against the grill. Onions could go in the squash which grilles for only half as long, but won't get carmelized.