Herb / Decorative bed I put in this weekend...herbs weren't liking the pots that much this year but kept 'em alive till I could get a spot ready. The hosta isn't happy because it spent two months in a bucket since my step father had dug it up :) 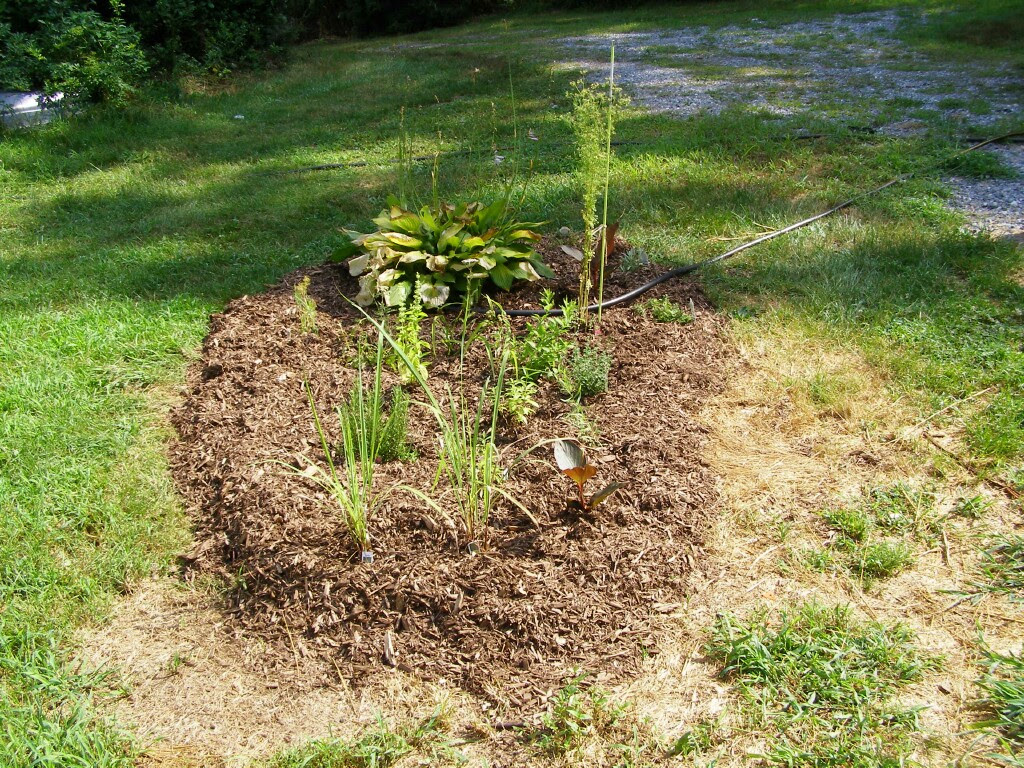 Few daylillies...I love this "Bubblegum" one. 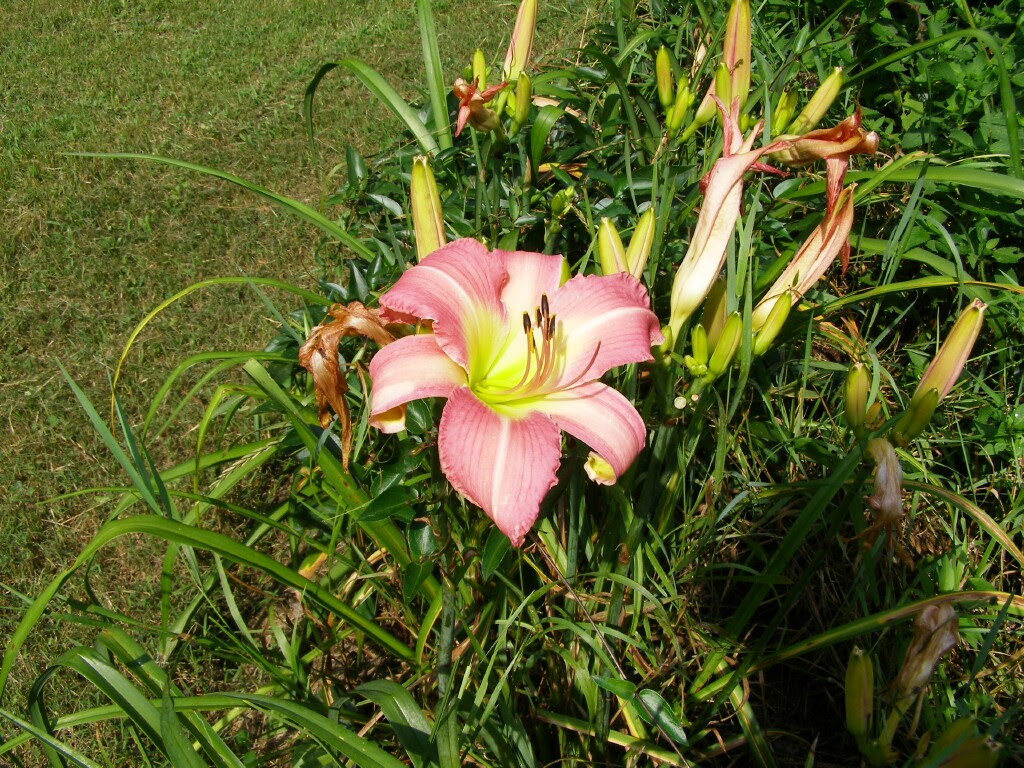 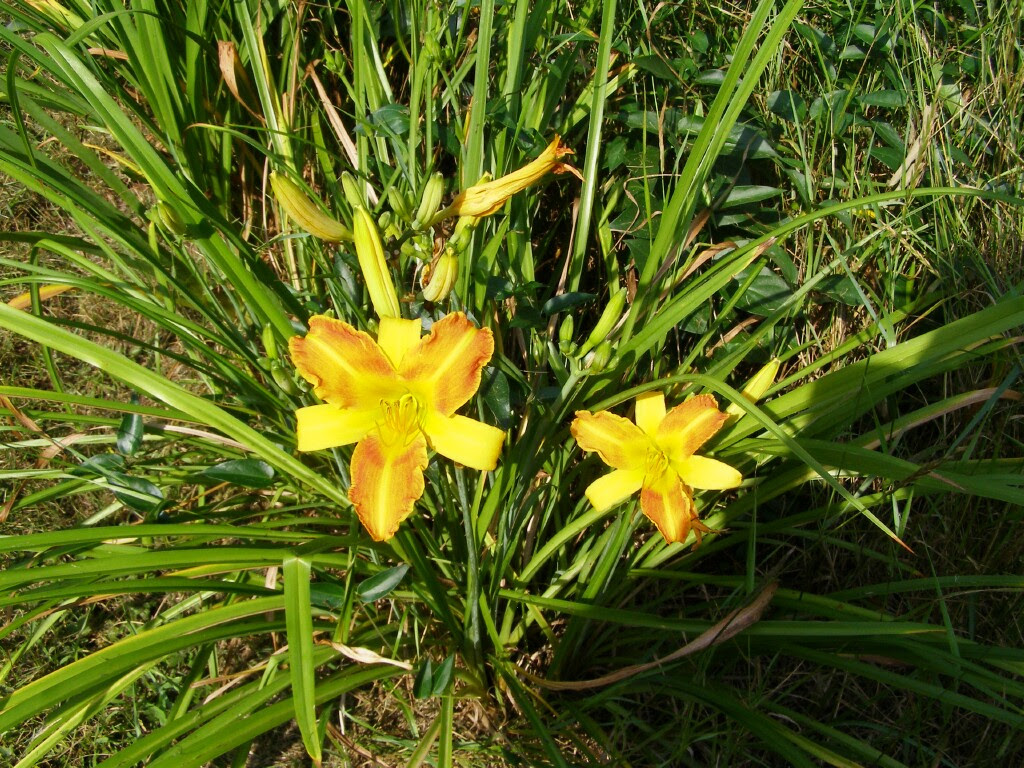 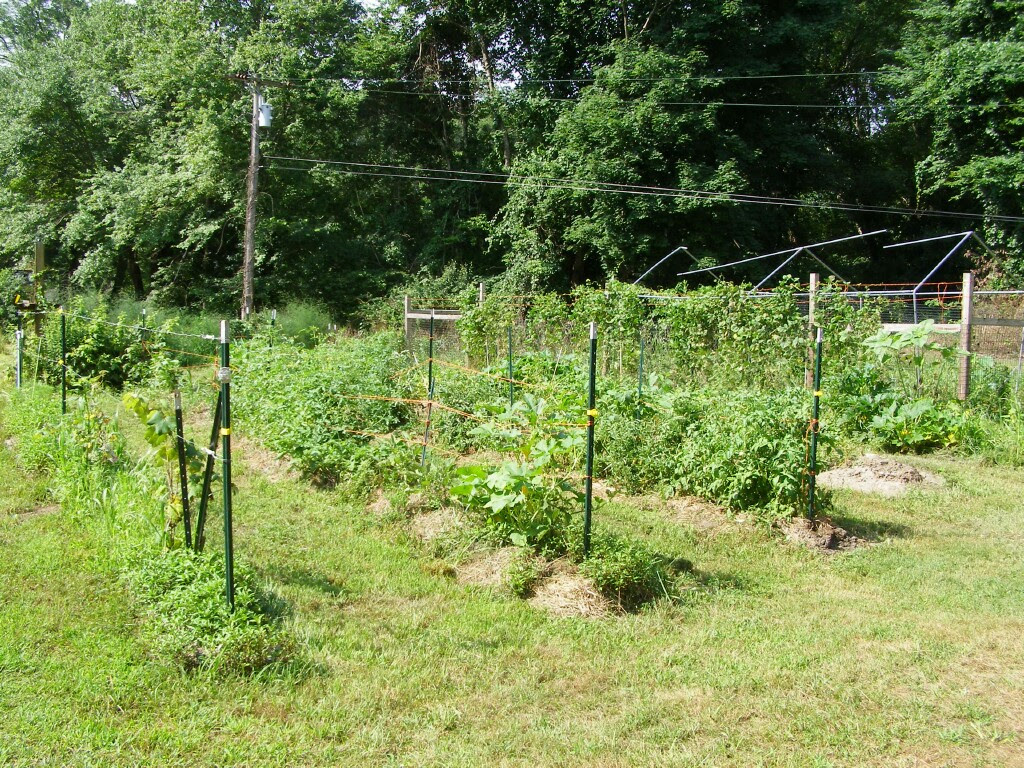 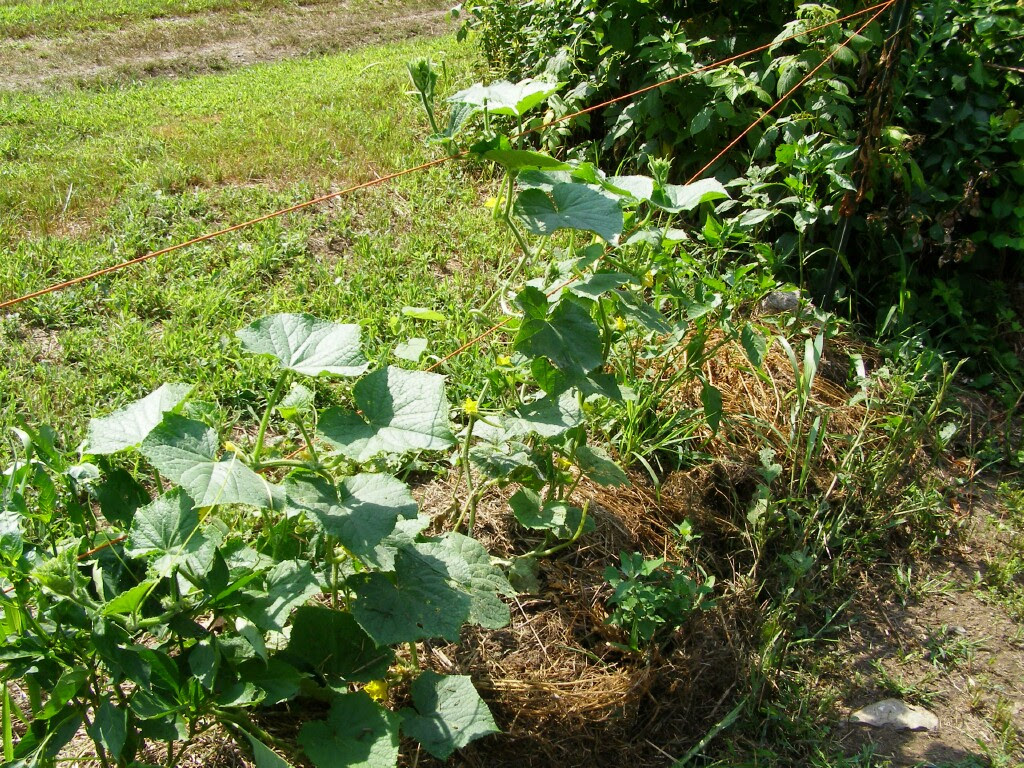 Squash seem to be doing OK. Only a couple seem to have Squash Vine Borers so far -- this is the first year in many (5+) I've used any synthetics in the garden, this time Sevin dust to keep the SVBs at bay. 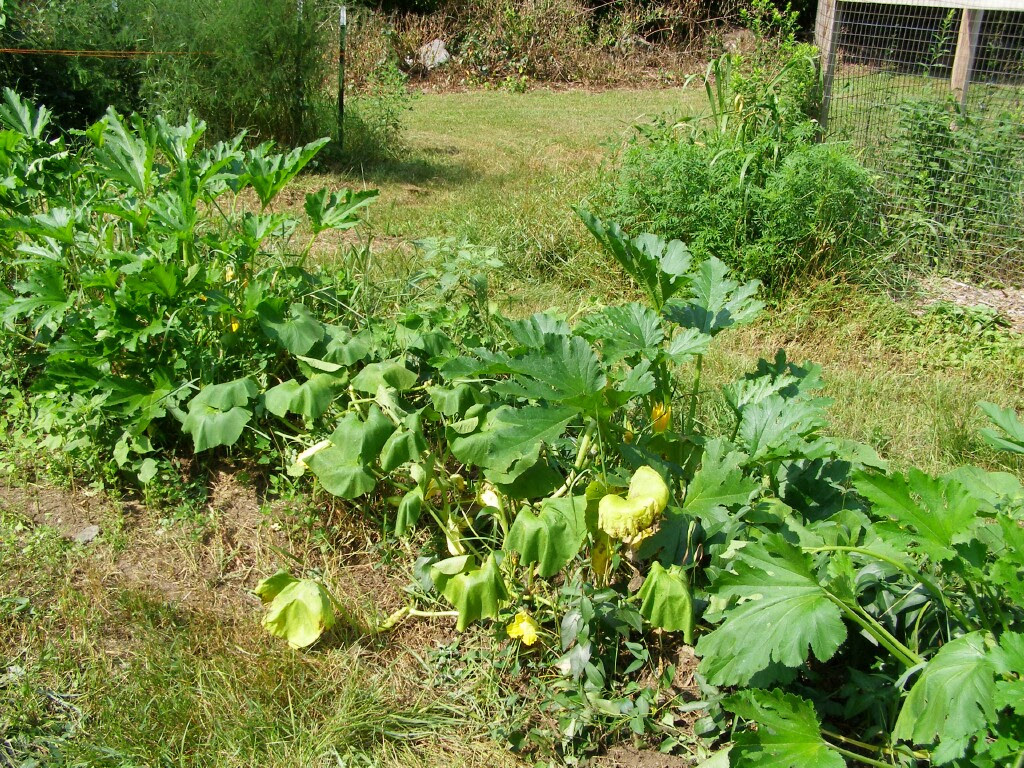 Next year I think I will try a combination of Bt spray & injection and/or a half-and-half experiment to see if it is equal to Sevin at keeping htem under control. 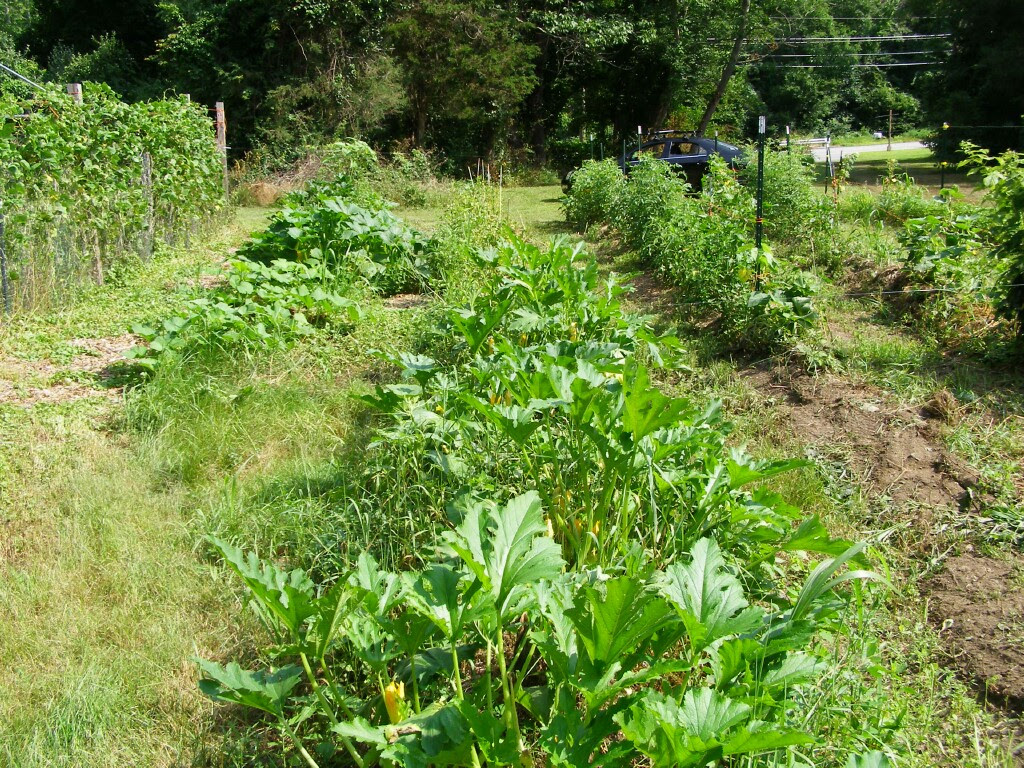 Girls down the block waiting for breakfast....Fred was coming down the street with the feed wagon as I was pulling off. Have no idea why a Brown Swiss is mixed in with their herd. The heifers have their own pasture/woodlot separate from the main farm. 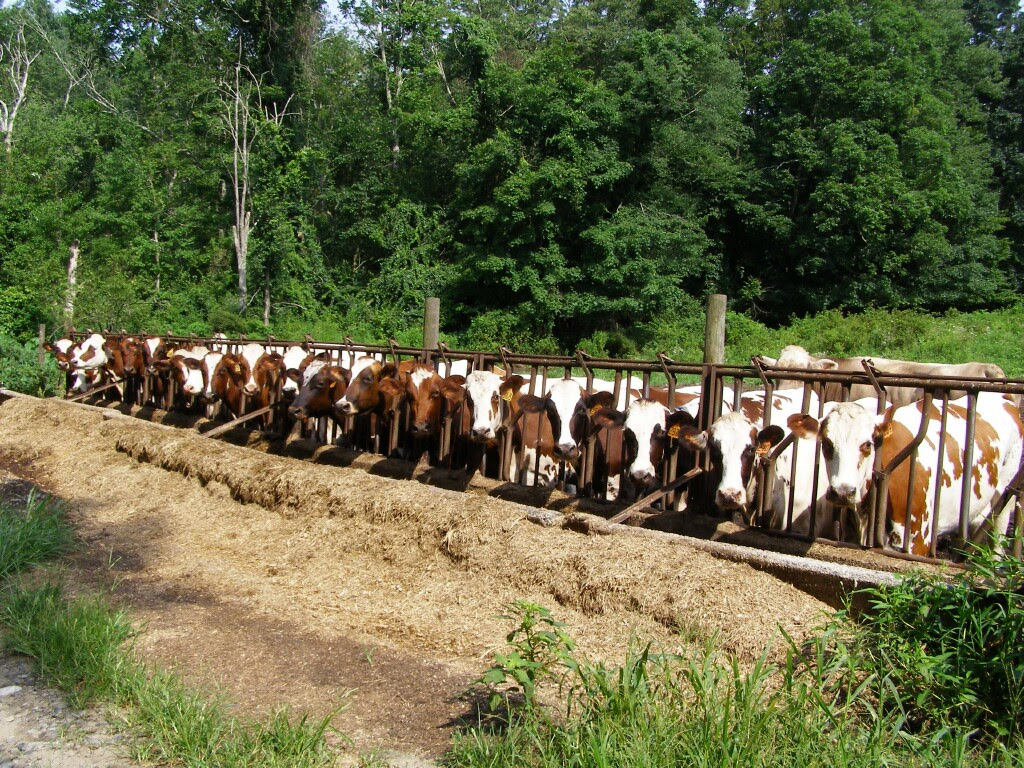 Also done today:
Planted more cucumbers, zukes, and yellow squash (in case I get a late attack of SVBs...I'm done for the season dusting the squash bases with Sevin), and beets.

Tore out two squashes that looked like they had SVB and shredded them with the mower :)

I'm enjoying my daylilies too. I try to give them a drink every other day, since we are in a drought here. Today for the first time this year I found those dreaded ugly gray squash bugs on my zucchini, so I likely won't be harvesting squash much longer. I fight them with malathion, and remove every leaf that has the eggs on the underside, but I only came out the winner one time that I can remember. Squash bugs and tomato blight are my worst garden problems.

I blamed squash bugs for years for my problems...but my current understanding is they really don't do that much damage.

It's been the Squash Vine Borers that have been killing my plants all these years.

Does remind me...I haven't gone looking for any squash bug eggs yet this year.