I've "discovered" Reino "Ray" Tikkanen's (what a great Finnish name!) berry farm on the Sterling/Foster town line. Been getting a couple pounds of blueberries a week from there -- no need for supermarket bananas or strawberries for breakfast this time of year :) 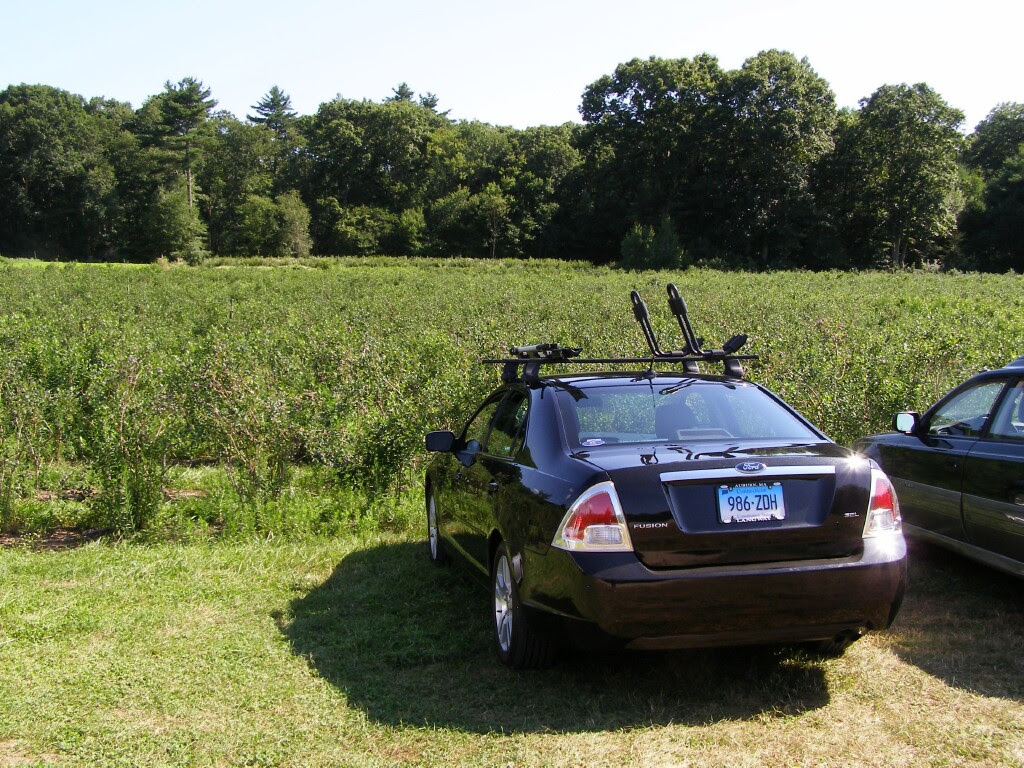 Farm Profile: Tikkanen Berry Farm by Juliette Rogers Published: August 16, 2006 STERLING, CT - Tucked away on a country road that snakes and curves back and forth across the Connecticut/Rhode Island state line, Ray Tikkanen’s berry farm lies in a little valley crossed by a trickling brook. He’s been farming here since 1946, when he returned from the Pacific and his uncle offered to help set him up raising laying hens on his farm. Ray stayed in egg production until 1970, when he “saw the writing on on wall” in US farm policy and how the poultry business was driving egg producers to go into cage plants in order to survive. The industry was consolidating, and producers were dependant on middlemen who bought their eggs at a price of his choosing, and resold them for a profit. Since he didn’t see much of a future in eggs, he reckoned he had two choices: leave farming to work at Pratt and Whitney, or convert the farm to something else.

You sort of need to know where you're going -- he's on Calvin French Road, and while there's a sign pointing towards his place from Cucumber Hill Road...he doesn't have any more signs at the other turns you need to make, until you see his farm sign!
Posted by Matt at 10:17 PM