We roasted a pig!

He raises his own pigs, so between his farm, Stearn's where it was slaughtered, and Eric's the pig had never been more then five miles as the crow flies.

He dropped off this trailer and pig the night before, showed me & Eric what to do to run the equipment. We put bags of ice over the pig overnight, and Eric lit it off at 5am. 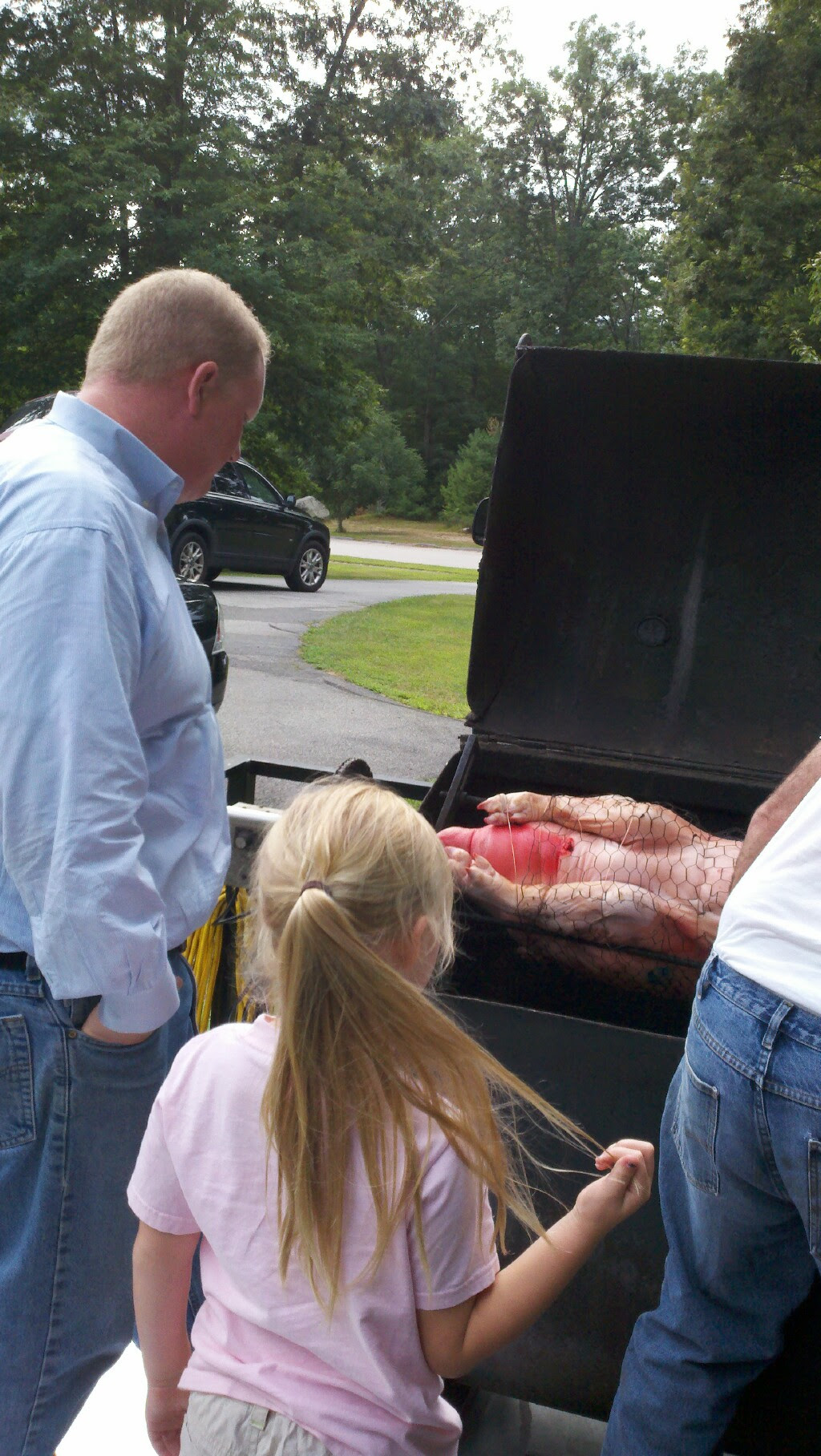 Checking out the pig the night before. His younger daughter is at that cool age where she didn't get freaked out -- she came up a little tepidly, but after thinking about it for a moment decided it was pretty neat. Her older sister wanted to avoid any sight of it what so ever! 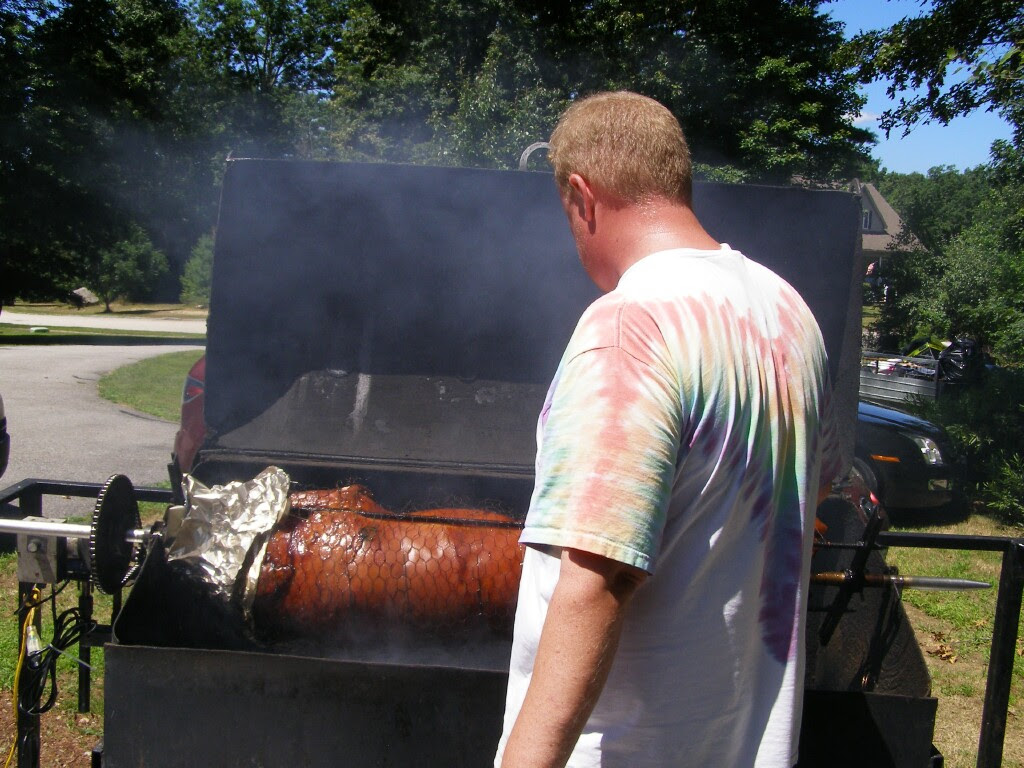 And the party day. 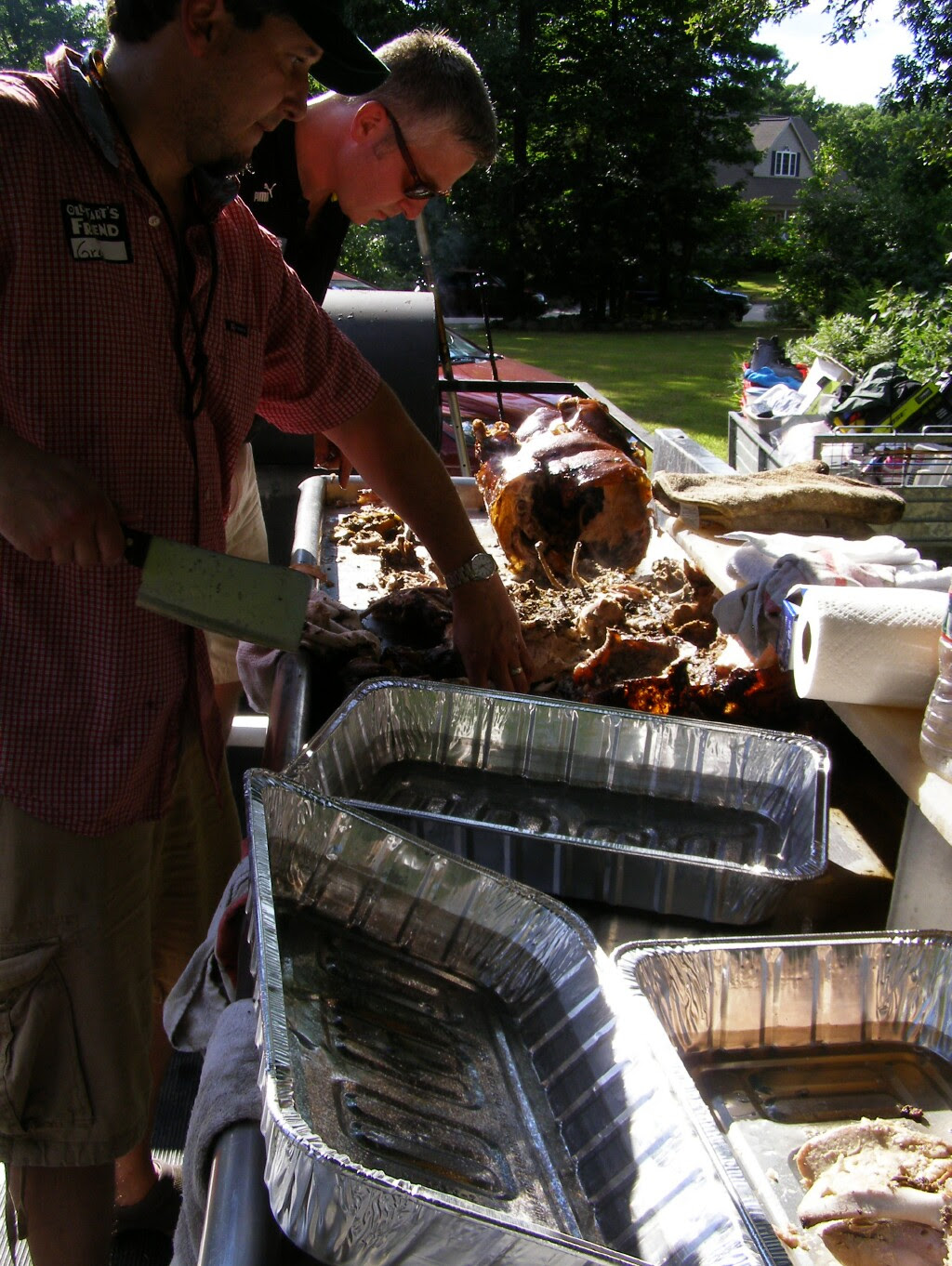 Carving it up. The guy in the checkered shirt actually knew what he was doing (he grew up in a community where someone was roasting something every weekend)...the rest of us where following his directions. If he hadn't been there, it wouldn't has been as organized as we read off stuff printed from the internet :D 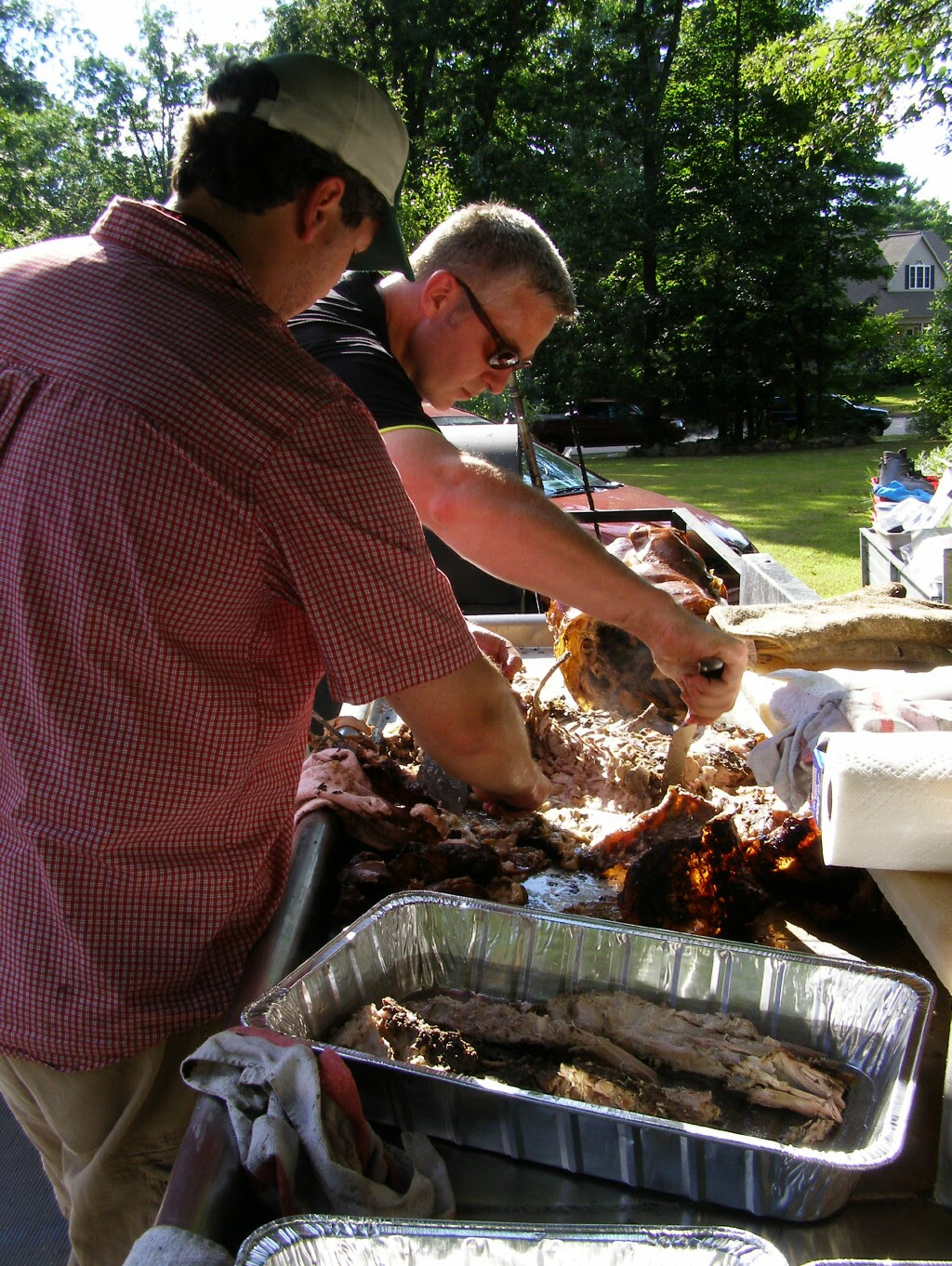 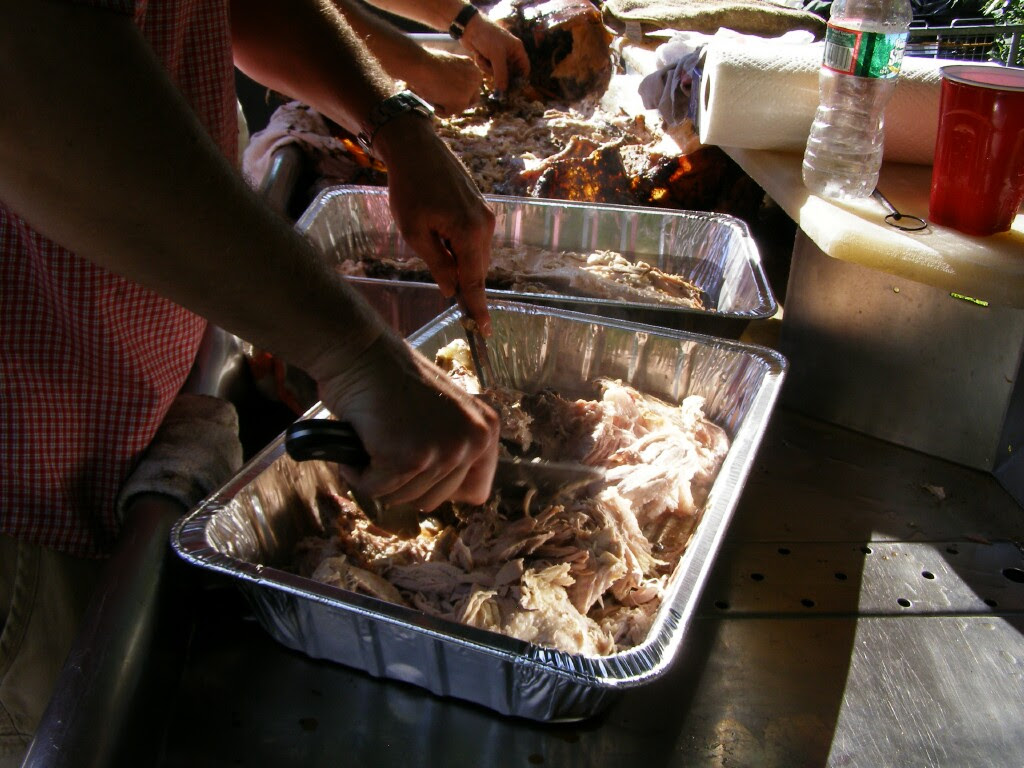 Matt, your help was immeasurable, and you helped make the day a huge success. Your friendship is a treasure.

Follow Fire safety precaution while cooking outdoors which secure you and your family.
Fire safety training