Just realized I never took a photo of the old Cub Cadet and the new Gravely together...:(

The mower deck on the Cub Cadet GT 2550 self-destructed. I was looking at needing about $700 in parts (deck shell and a spindle). Lawn was a hayfield, figure at least another week for the parts and for me to transfer everything over from the old deck. The GT 2550 was hard to steer (the next series up from Cub Cadet has hydraulics for implements...and power steering), and 50" was a bit too big for my yard with all it's nooks and crannies so it didn't exactly break my heart to go out and get my first new mower since I've bought this place.

I got three+ seasons out of the Cub Cadet, which works out about $433 per full season. I did consider keeping it and fixing it up until I sa how well the new Gravely does and realized there was no real need for it. 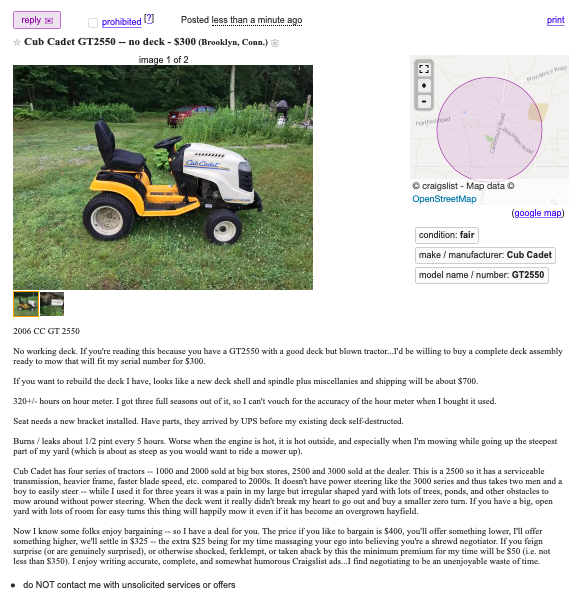