I attended a "Walktober" talk at the Meetinghouse in October.

Pomfret Second Church, formally “The Society taken out of Pomfret, Canterbury, and Mortlake" -- as it was named by the General Court in 1735 after having gone nameless it's first four years of existence, replaced their original meetinghouse with this one in 1771, in the less common style of having the pulpit in the middle of the side, rather than at the front of the building.

Though by this time it was known as "The Society of Brooklyn;" a change taking place in 1752 along with the General Court abolished Mortlake Manor folding it into the Town of Pomfret. 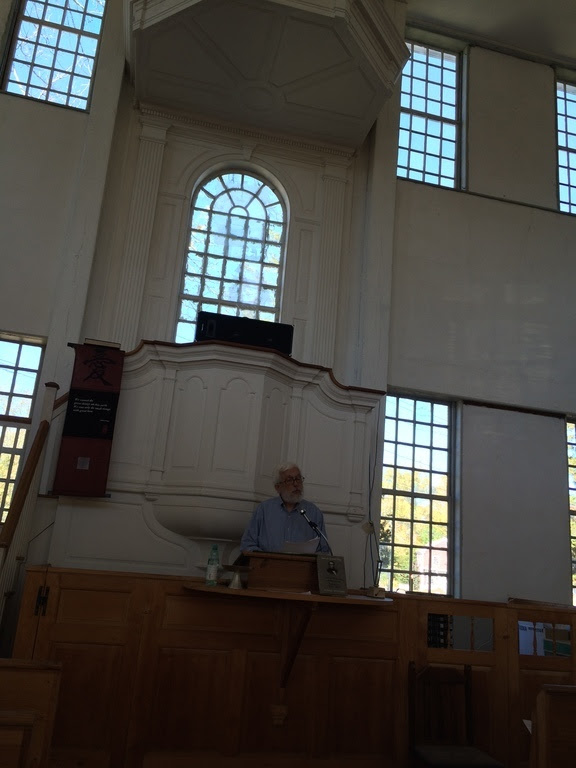 For much of the 19th century, the second floor was separated from the first -- the second floor being used by the church, the first by the town. Brooklyn was incorporated from Pomfret and Canterbury in 1786, and until the disestablishment of the Congregational Church in 1818 in Connecticut there was no separation of church and town -- tax dollars built and maintained the meetinghouse. 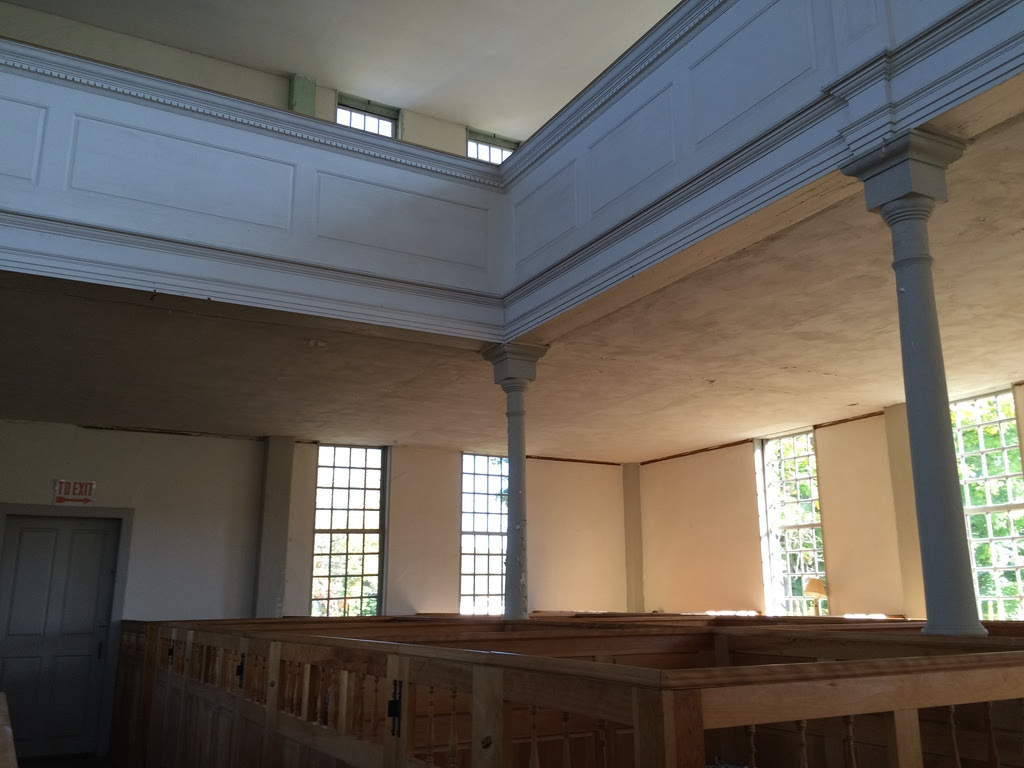 Construction was spearheaded by Israel Putnam (best remembered if not by name but by quote to most Americans, "Don't fire until you see the whites of their eyes!" being his order); there was one death during the construction when a parishoner fell from the steeple. 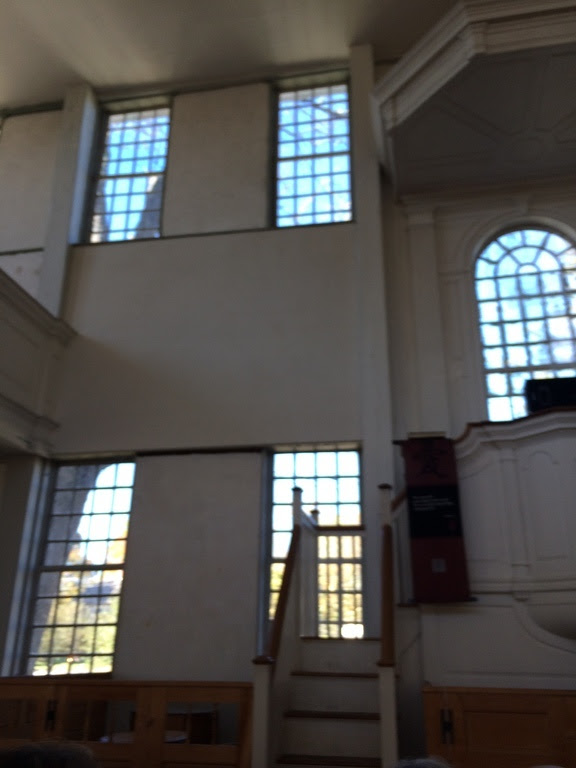 Brooklyn was, at least in it's leadership, a particularly liberal parish. In 1819 it became the only society in Connecticut that when it divided between Congregationalist and Unitarian factions, that the Unitarians carried the majority and retained the meetinghouse.

In the 1830s Samuel J. May would be the minister (uncle to Louisa May Alcott, he would leave Brooklyn to focus on the abolition movement), and in 1871 they would ordain Celia Burleigh as the first female Unitarian minister and first female minister ordained in Connecticut: 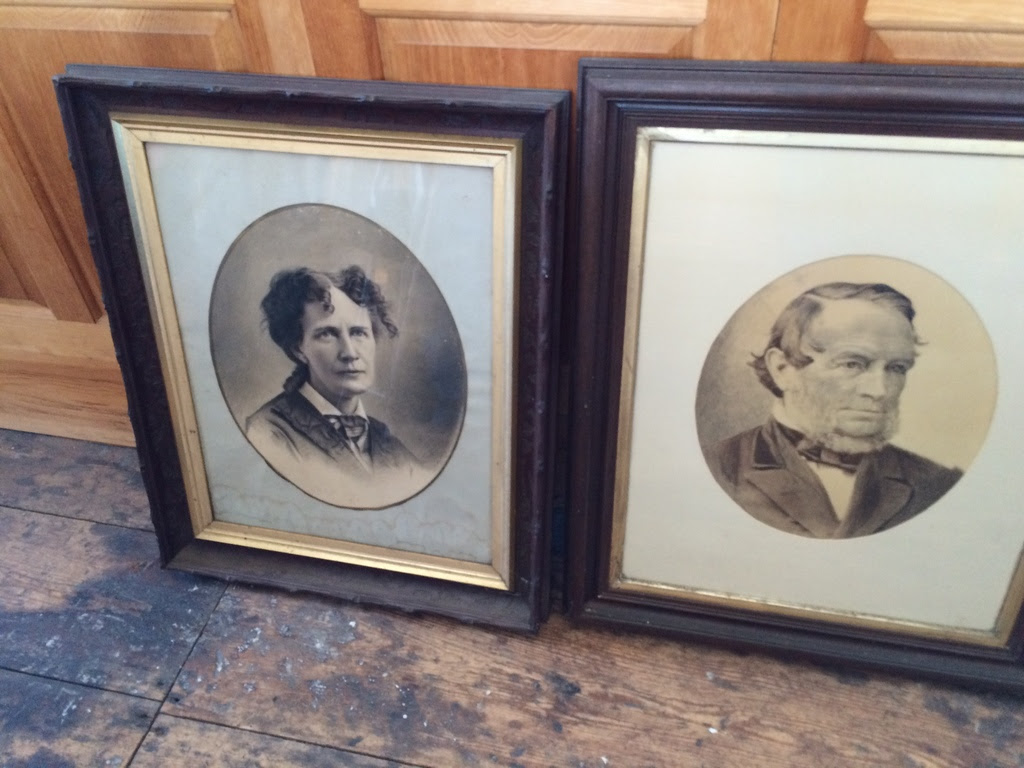 The current town hall across the green, built by the Town as the Windham County Courthouse in 1831; it was a form of economic development the town figuring it would gain business as the county seat. When the courts later moved out the town offices moved there. 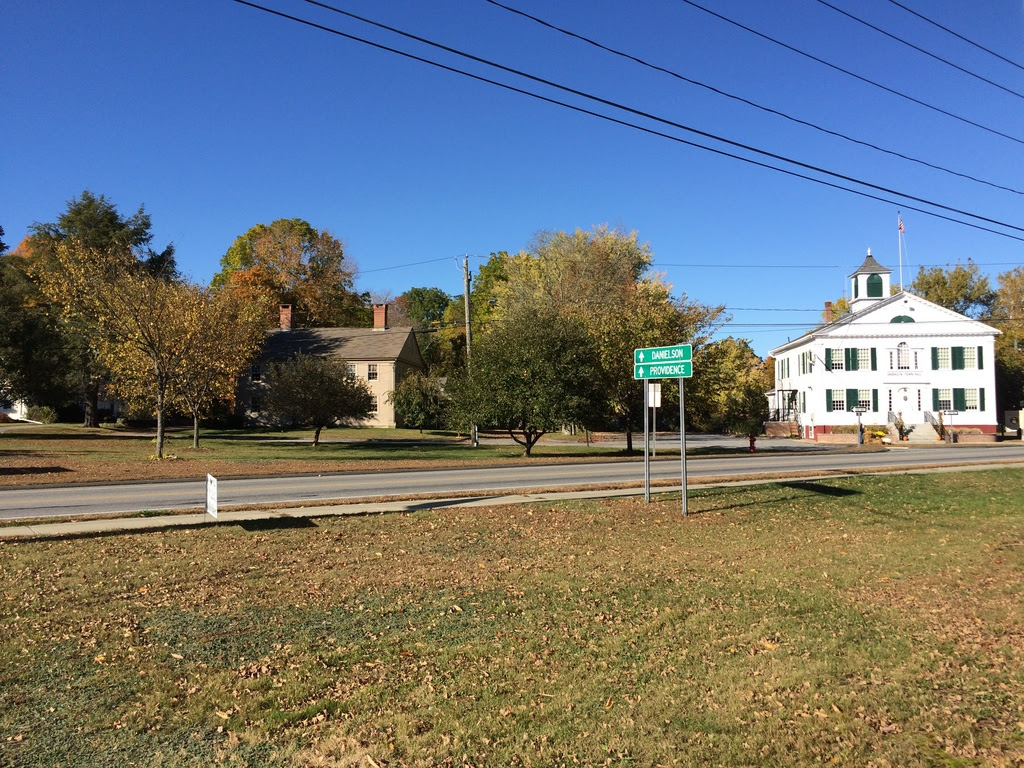