Did another hour of cutting on the rapidly diminishing log pile on Easter Sunday morning before driving the old folks up to Pat's: 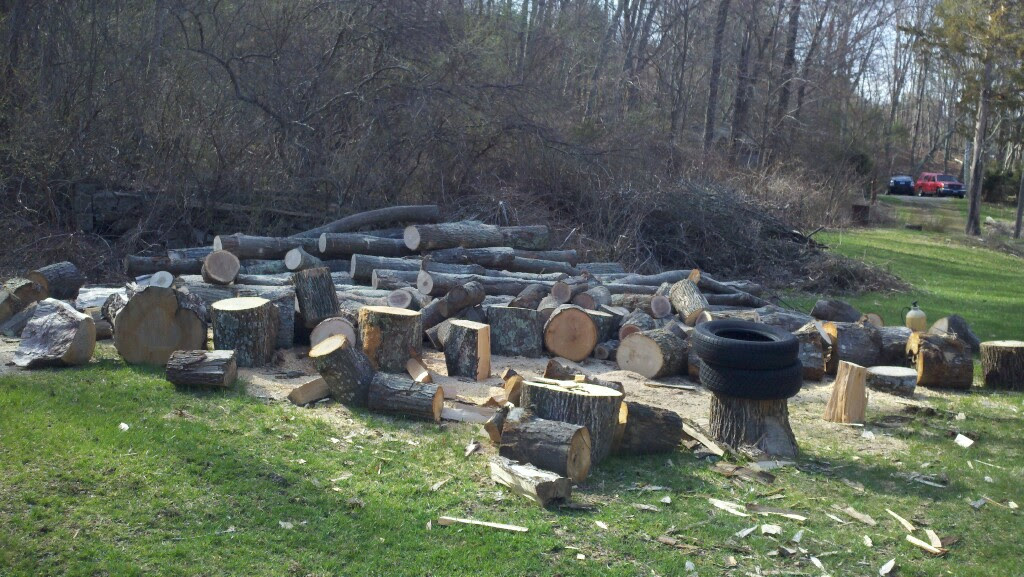 Monday morning I decided to take a day off -- it was gorgeous. Little chilly in the morning, but decided to go to Old Sturbridge Village for 90 minute or so walk around to get my blood pumping for the day. So want to call this "Just Kidding" but they are lambs... 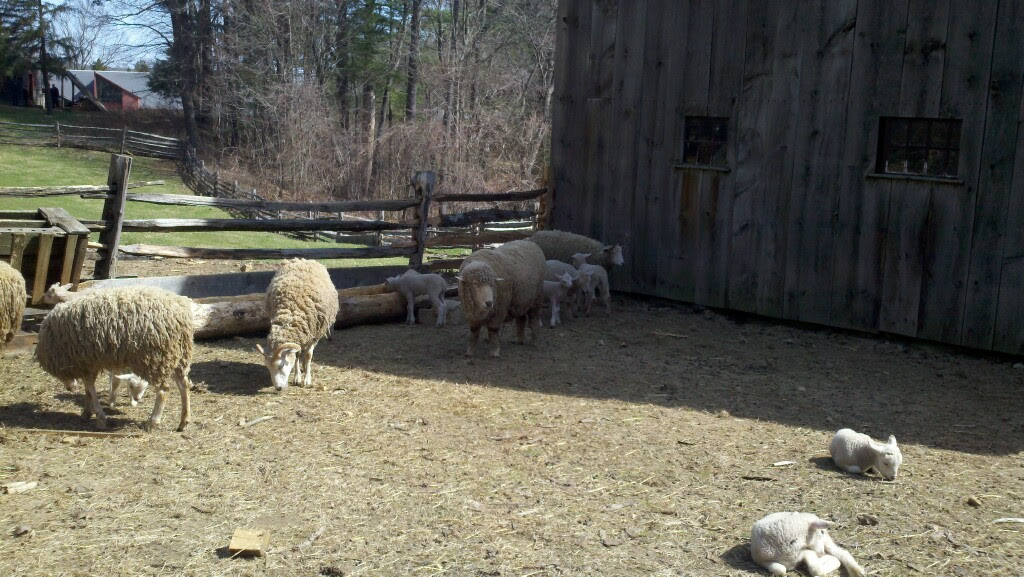 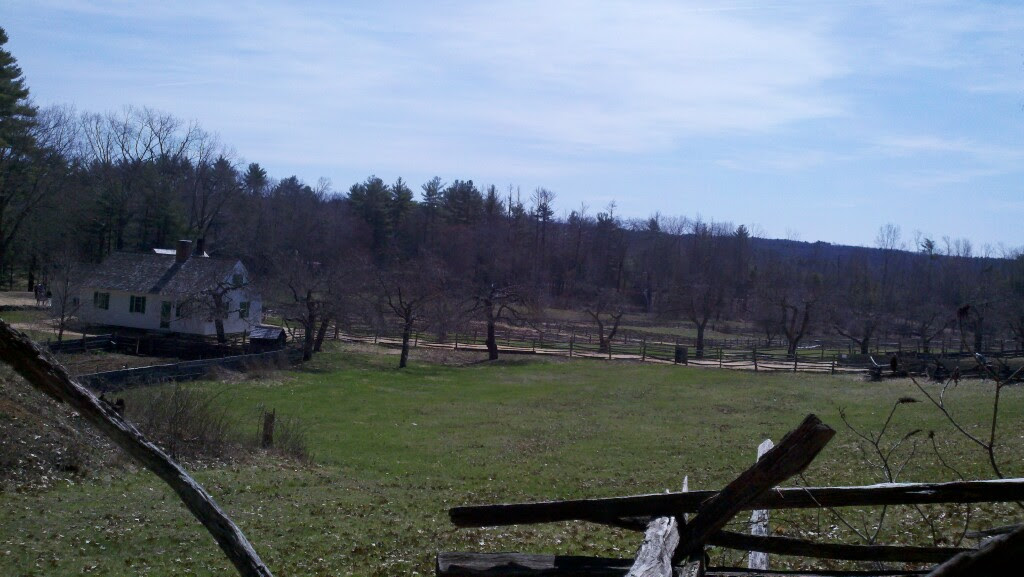 I wonder if the saw mill logs are from the 2011 tornado? Especially with how much bark is missing. 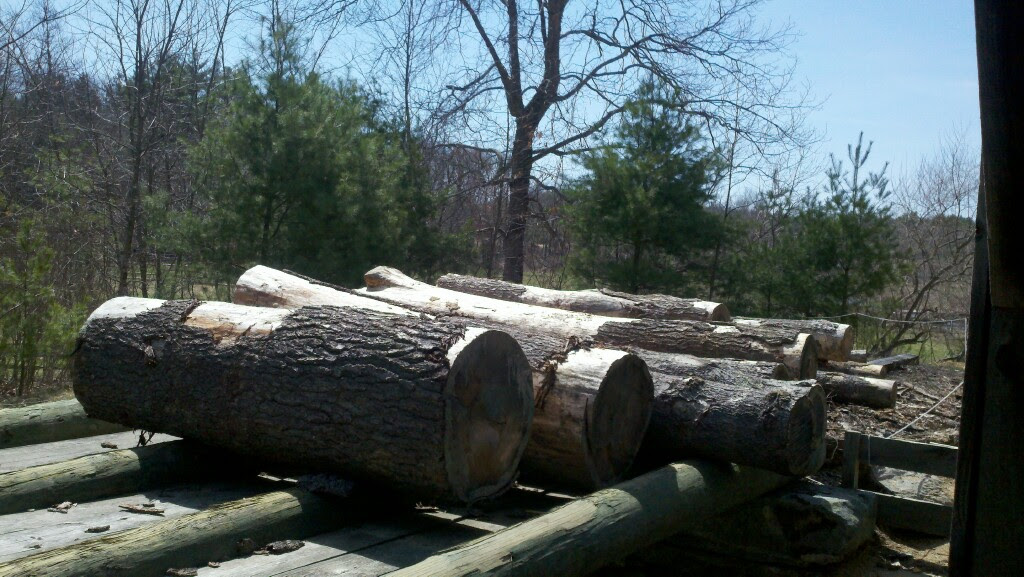 I have Cooper this week while his people are in D.C. and he was begging and pleading to go for a walk this afternoon...I gave in and took him to the Killinglyy Dog Park. There were no other "big dogs" on our side of the fence to play with, but he wore himself out running sniffing and peeing. 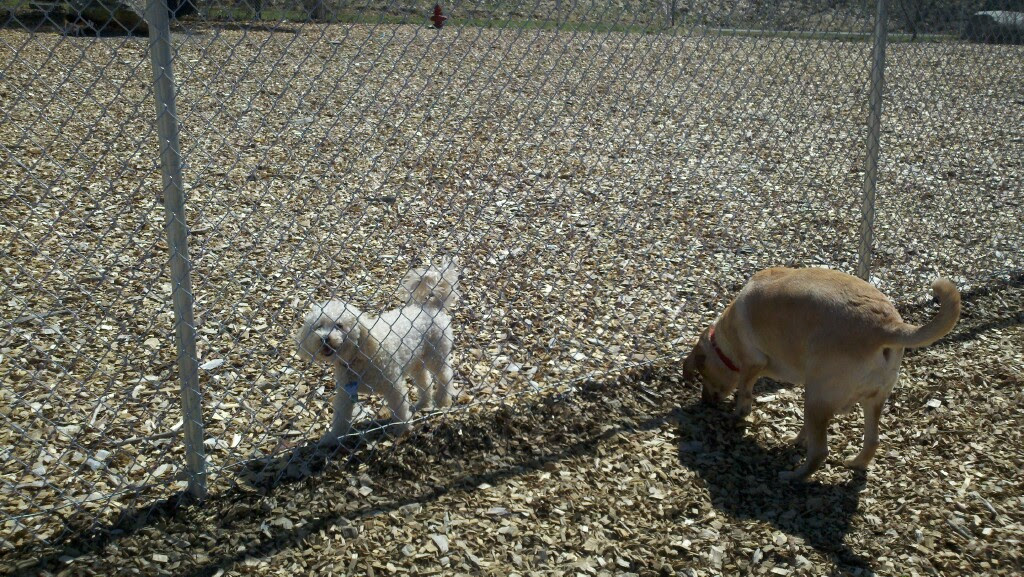 The land was the former Dyer Mill site at the end of Quinebaug Avenue. The mill burned about 25 years ago -- I know I was a pretty new buck at the time (and we weren't called!) Mitchell Phaiah donated money to fund it, and passed away shortly after the dedication -- it's pretty spartan right now, but very nice size. 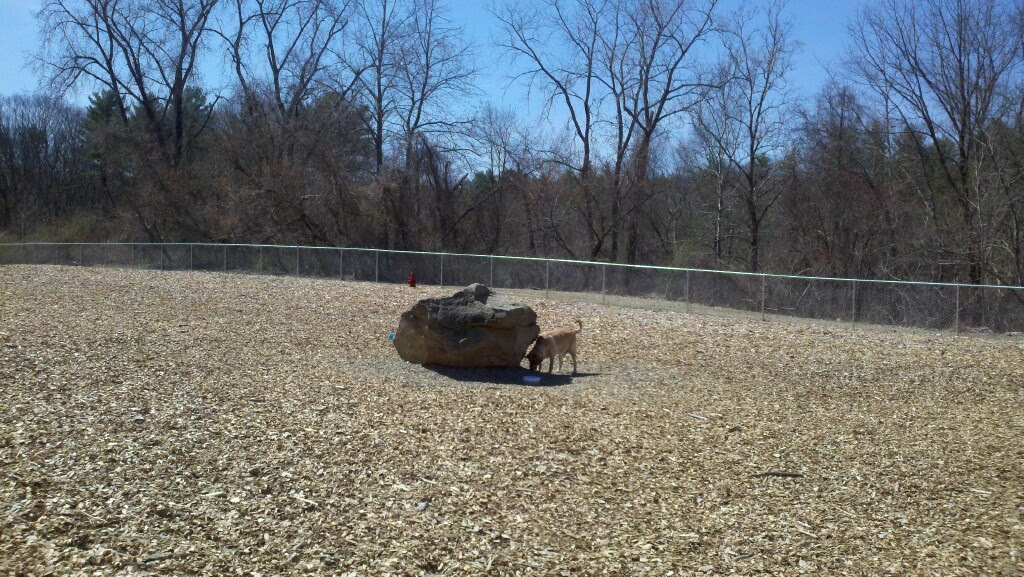 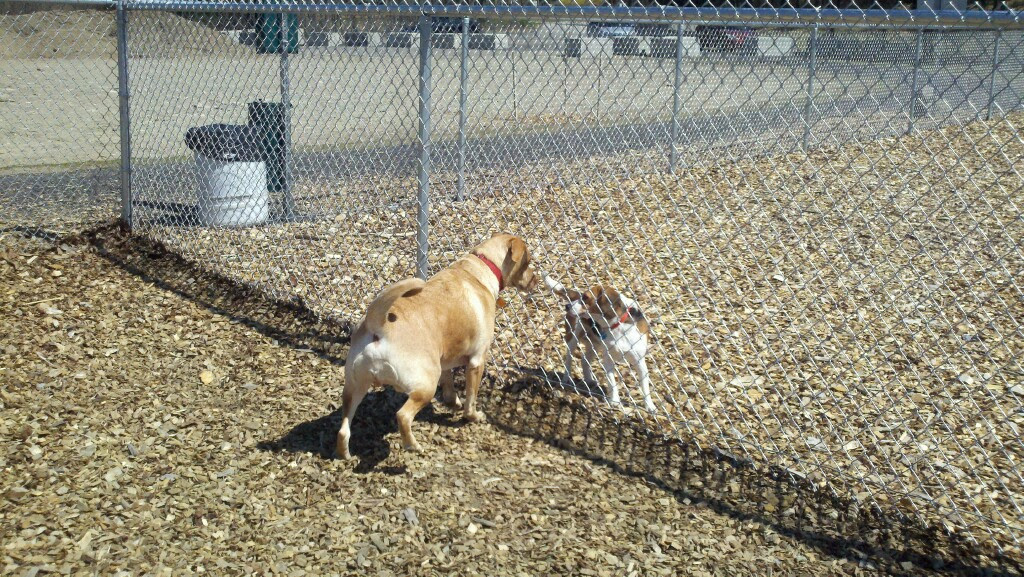 And finally, I dug two new garden beds out of the lawn (plus a window on the old screen porch kitchen in the background I need to fix :) ).

The left one is leeks, and I think I found the best soil on the entire property. Papu must've accidentally ordered the good stuff to use on the lawn there. I still augmented it with some store-bought garden soil. I put out 28 transplants. I suck at starting stuff, of course I don't have a grow light either so when I do start stuff they always get leggy. Figured with rain and mild temps for a couple days, and some hardening off previously done, it's do or die for 'em. 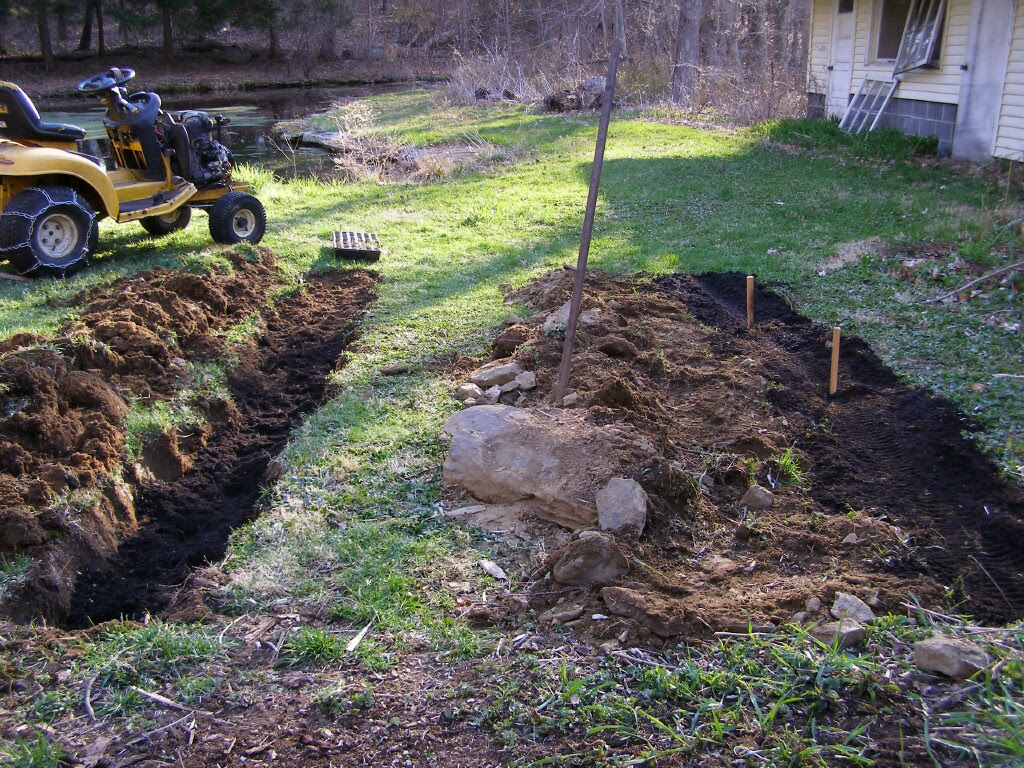