Made two pies...the crusts weren't amazing, but they were competent for homemade crusts from someone who doesn't bake them often :) I think I could've used a bit less butter, and chopped that butter up even finer before mixing the dough.

The bacon crumb apple pie was...disappointing. I think the bacon "smoked" in the oven, and next time I used the oven, I had a problem where gunk dripped off the ceiling of the oven onto a pizza stone I was warming up. It definitely didn't taste good...but now I want to experiment. I'm thinking adding the bacon afterwards on top of the crumb, and forgoing the cheddar cheese called for in the recipe would work better. And as I type that, I'm wondering if the cheddar I used made a difference -- I grated some off a block, perhaps shredded cheddar in a bag would've acted differently in the oven. 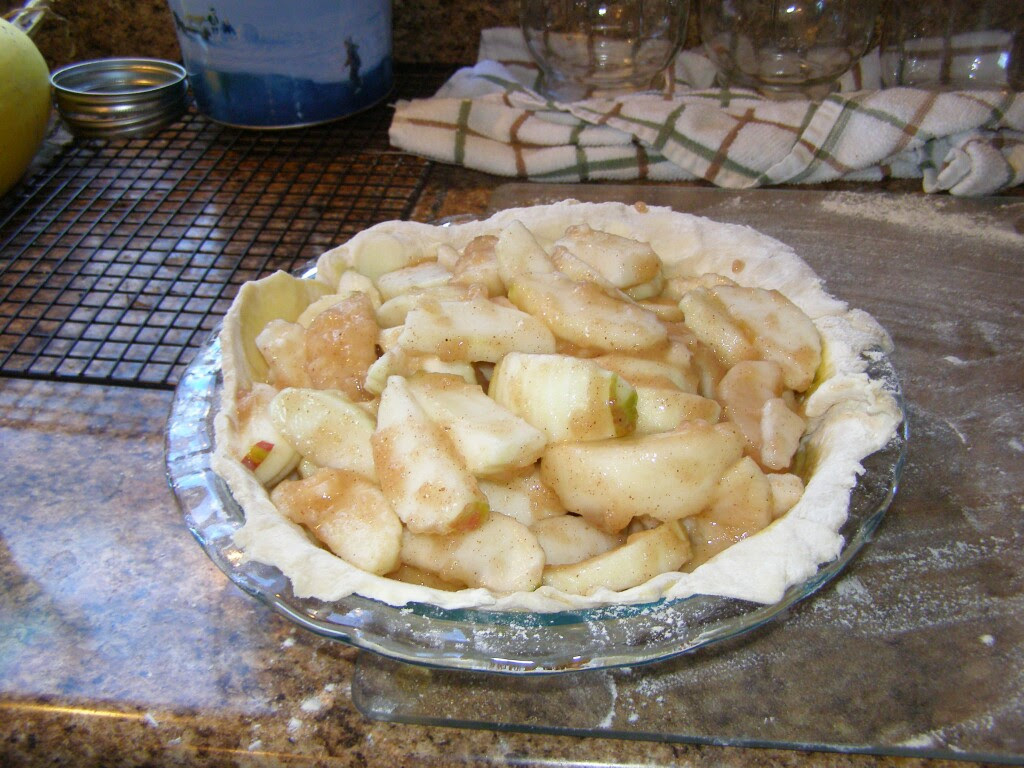 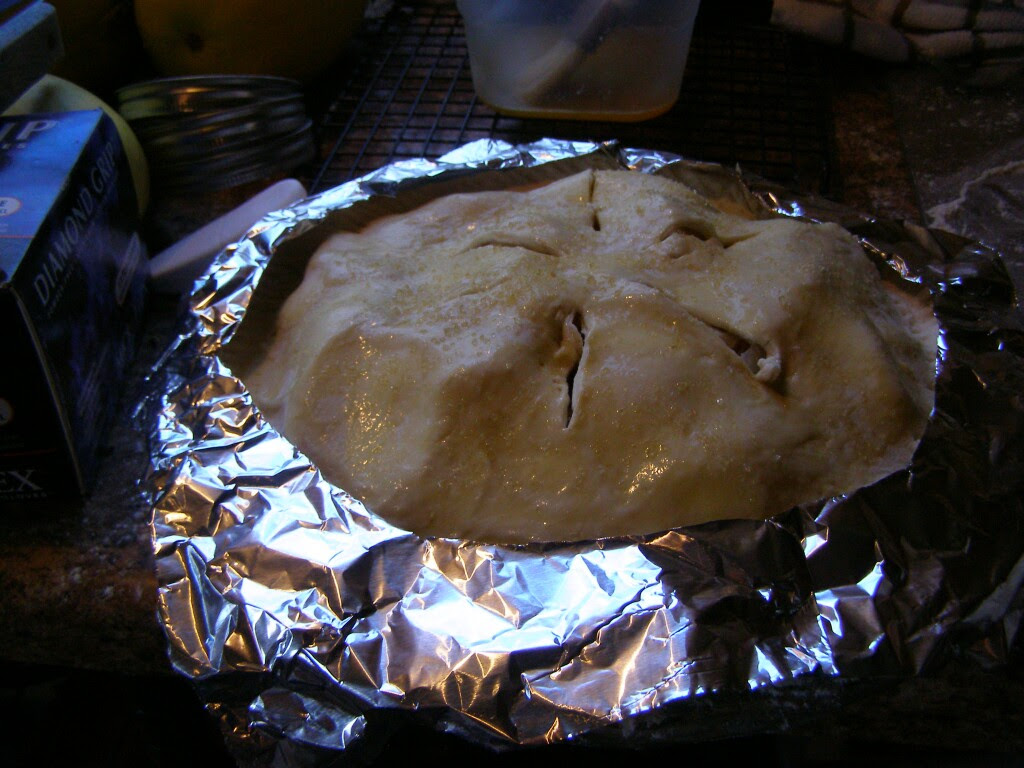 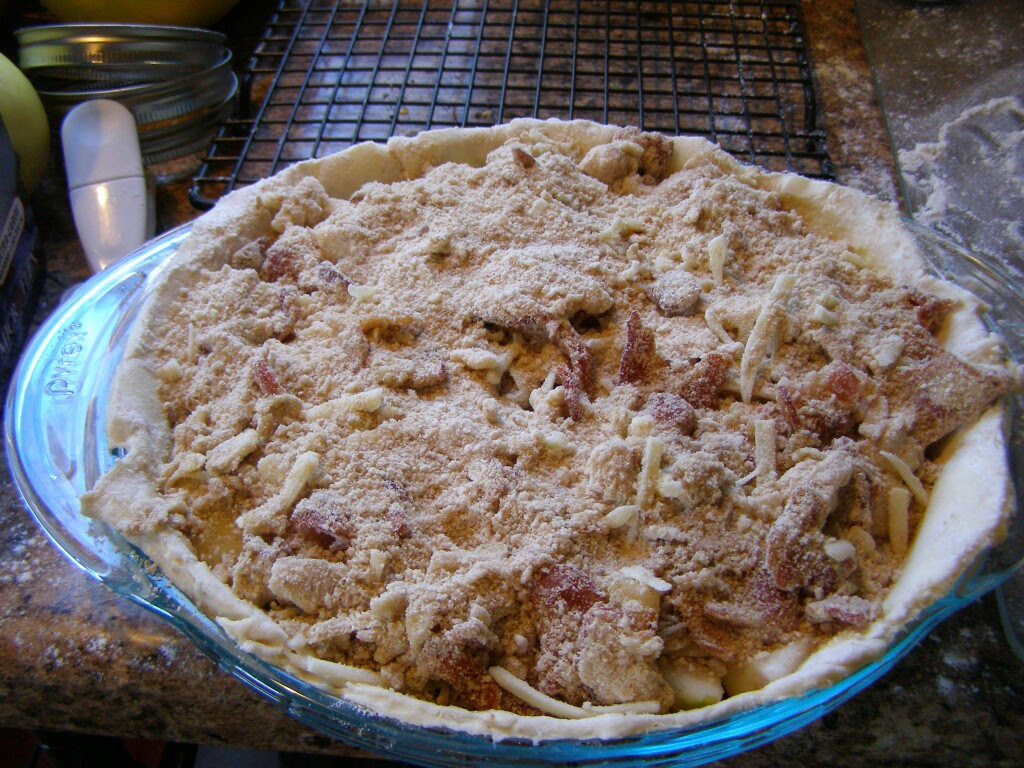