Today started off with thunderstorm that hit right at 8:45 with light rain till after 11. Wouldn't have known it was coming except I saw TN send out a severe weather alert on their pager system.

Days are to maturity, Dates are assuming 7 days to germinate. 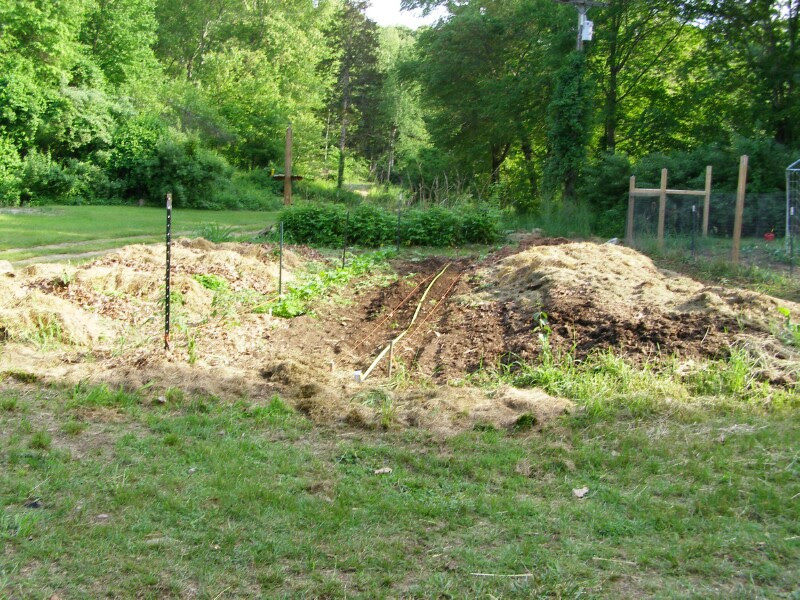 Sweet Corn:
Hrmmm...I have 9 days between maturity for Silver Queen & Incredible, it's recommended you have 14 days to avoid cross pollination (which does affect taste in corn), but I'll try minimizing issues by planting Early Choice in between. 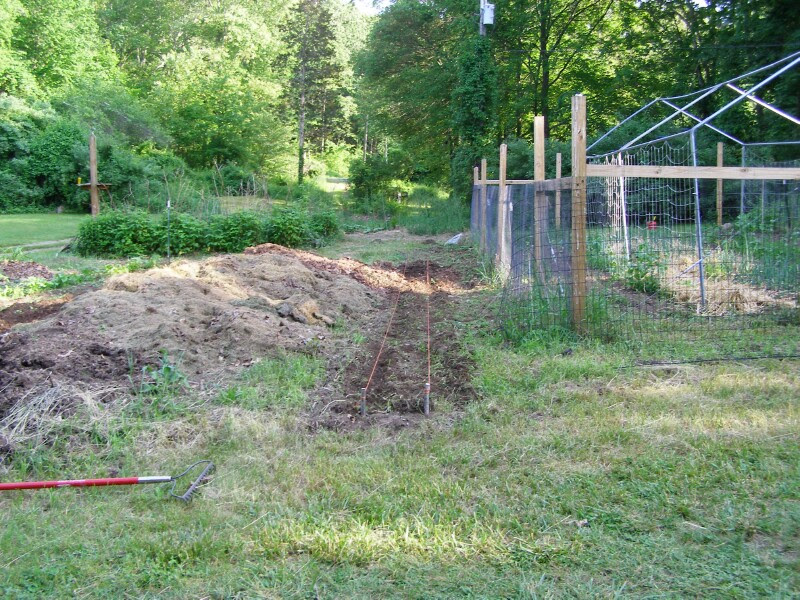 Second double row of corn, same spacing as above.

This is more "row" and less "block" then I'd like, but the big heapin' pile of manure in the middle mostly covered with mulch kind of precluded an ideal spacing. I'll have to watch the pollination. 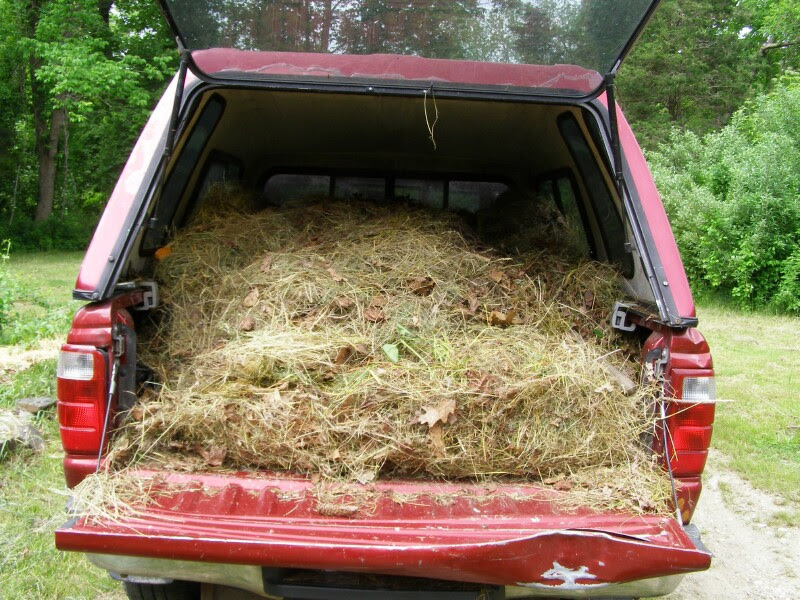 Scored this at the dump -- I think it was residential grass, but it might as well have been hay. Maybe weedier then straw, but heck...it's cheap :) 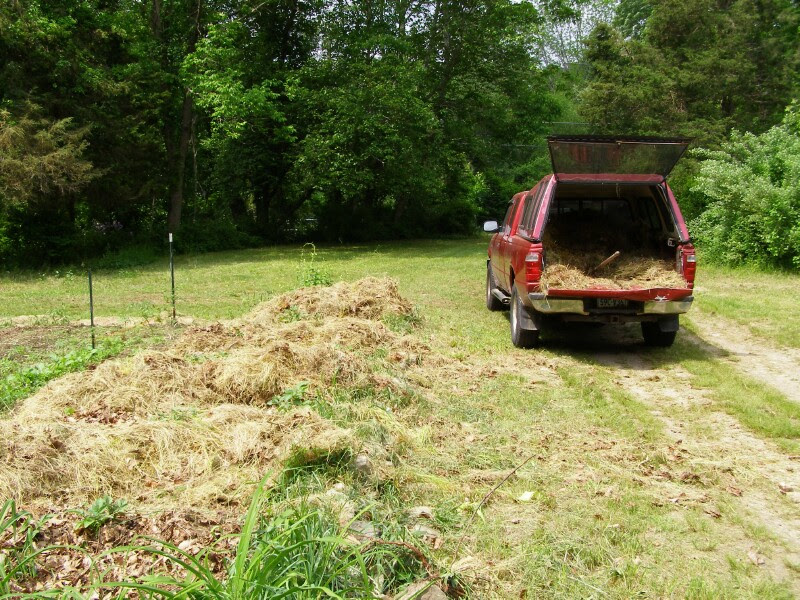 Did the straw potatoes with it. Also got two more loads -- one leaves, one grass clippings. After hilling the leaf mulch taters with some, the rest went to cover the manure pile.

Still need another truck load of mulch to finish covering the manure.

This should be the last year I have a load put right onto the garden. I shouldn't have an pressing needs next spring, so I'll have that load put on the lawn and I'll haul mulch to cover it and turn into compost in place. I figure if I mulch it once in the spring, then rake the good stuff off and mulch the rest again in fall it'll all pretty well be ready by the following spring. 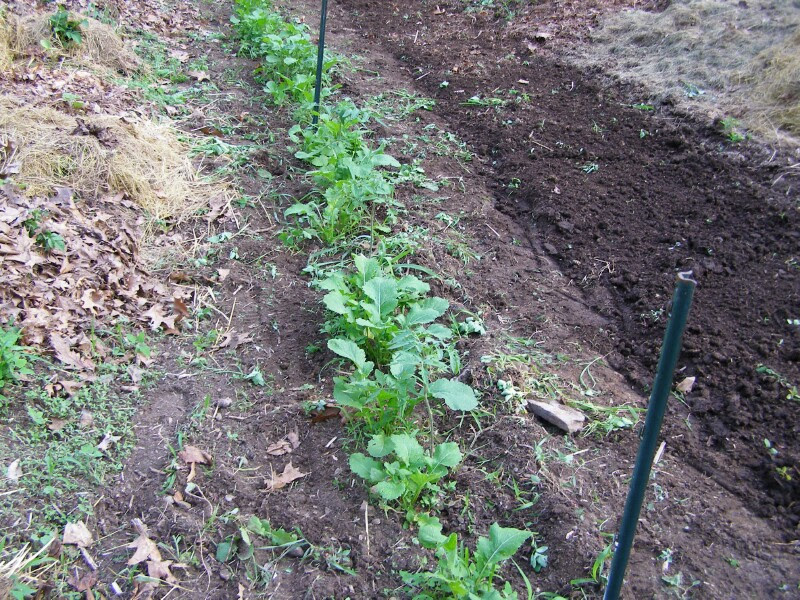 Turnips & Tomatoes. Bit nervous seeing how big the turnip tops are getting, but they should be ready to harvest in a couple, three weeks. 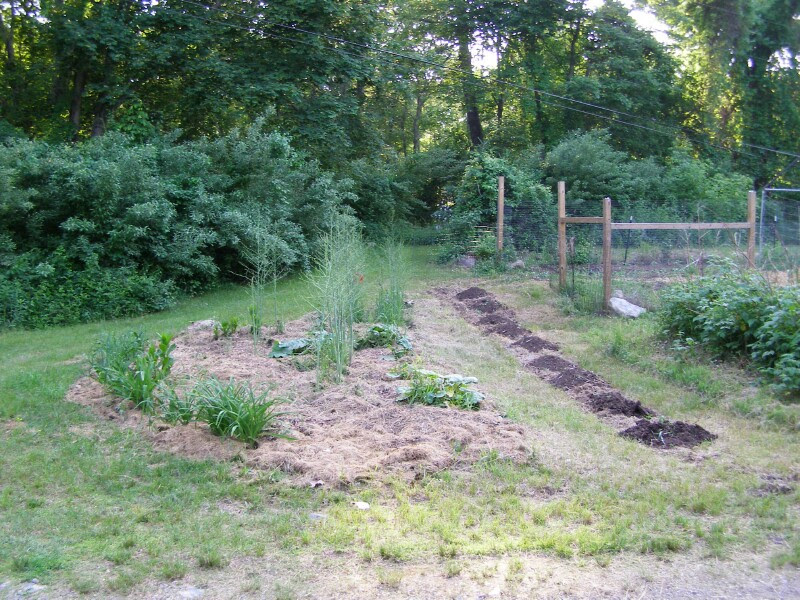 The mounds will be summer squash.

I'm going to trying making a row cover for them -- I have floating row cover, want to use some scrap black plastic pipe and sticks to make a simple frame to hold it off the plants. I'm aiming to plant maybe 3rd week of June, keep them under cover till mid-July to reduce Squash Bug & Squash Vine Borer pressure.

Rhubarb did really poorly this year. Not sure if I hadn't given them enough manure / compost in the past, too much weed competition, or as I worried about last June -- they wore themselves out. Last June wasn't that hot and we had a lot of rain and the Rhubarbs kept producing until real late in the season (early July?) Normally they wilt long before they did last year. Well manured and mulched now :)

Planning to haul in more manure and mulch to make a really nice bed to expand the Asparagus next year -- I figure I can fit at least 12 more plants by filling out the area between the daylillies and rhubarb, plus a small area behind them. 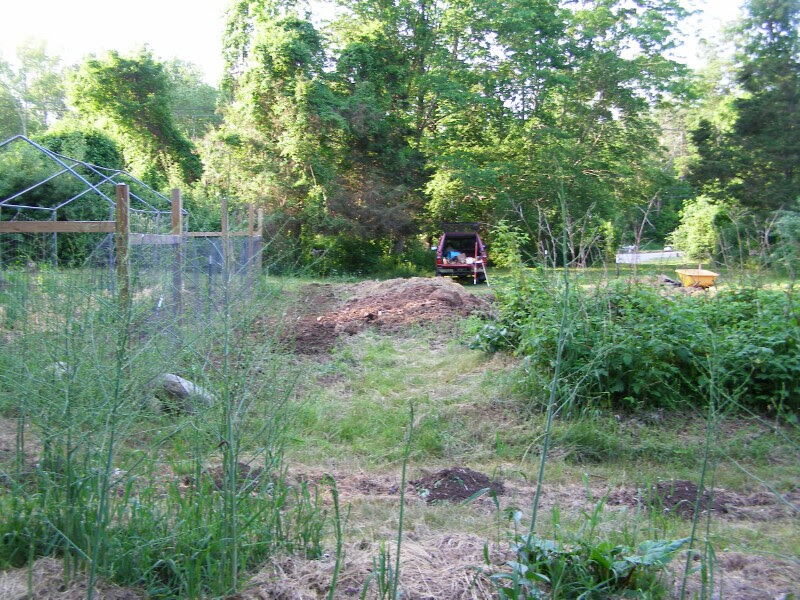 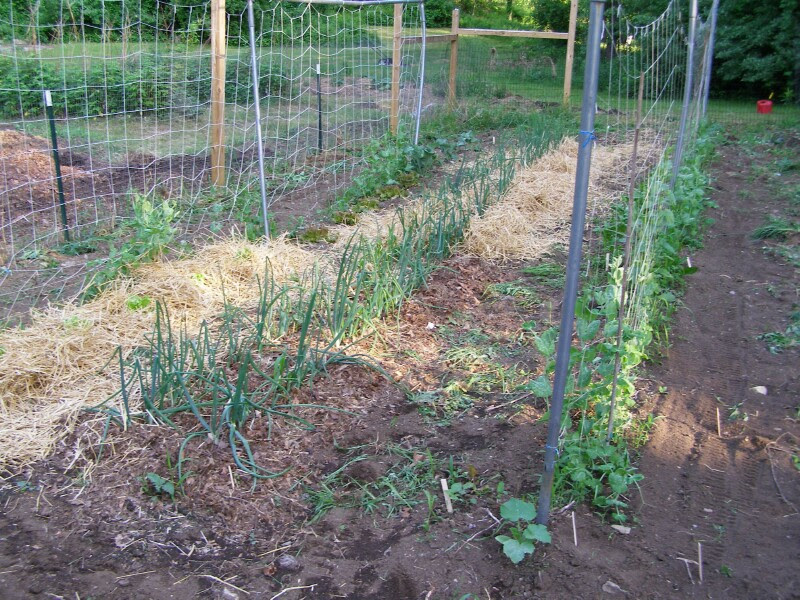 I plan to put some kidney beans on the outside left, just ran out of energy today (oh hell, I'll be lucky to able to move tomorrow when I wake up!)

Also planted at each upright (alternating) of the trellis were gourds:
Birdhouse: 120 Days, 10/7 (Local co-op sells these with a hole cut in the side for birdhouses @ $15!)
Ornamentals: "Gather before frost" 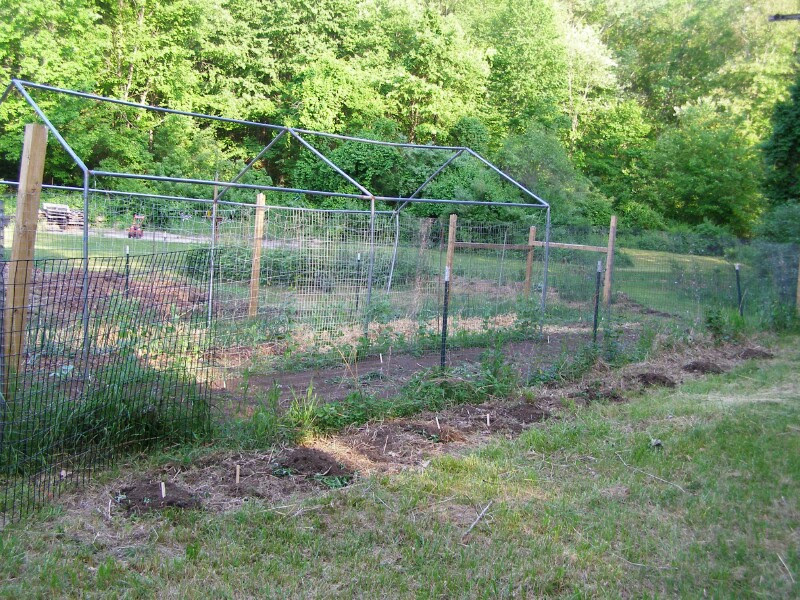 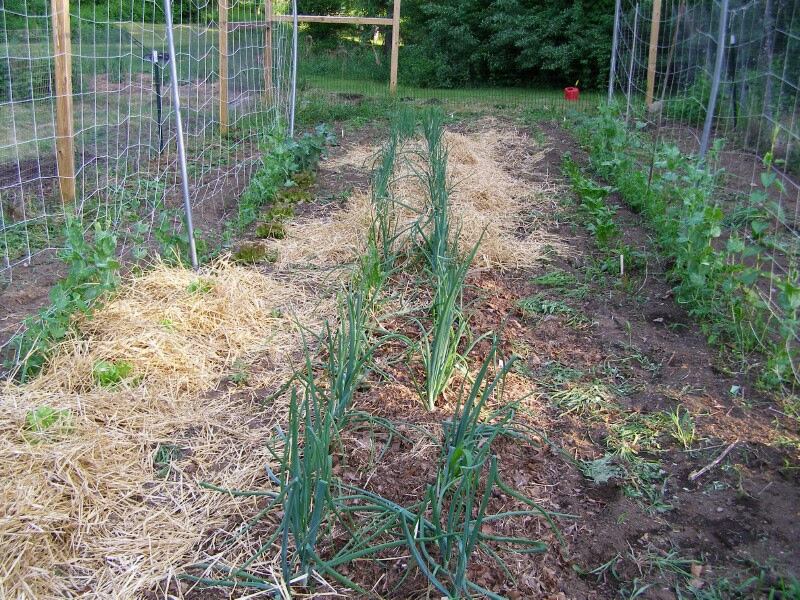 I think the onions are doing well. Some mulched with leaves, some with straw. Used some straw to mulch the lettuce.

Spinach is doing well. Definitely need to plant that earlier next year.

Connecticut Field Pumpkin: 120 Days, 10/7 (Adjacent to manure pile; these are for decoration so I'm not worried about contamination.)

I also planted between the summer squash mounds Blue Hubbard seeds -- they're a great trap crop for Squash Bugs. In a couple weeks I'll plant another round by the corn rows, again to hopefully attract Squash Bugs, SVBs, and Cucumber Beetles away from their normal meals.
Posted by Matt at 8:16 PM