So we got a small bonus this year (not much more than the on-call pay I get every 10 weeks, but still unexpected), plus a small refund of unused insurance that was also unexpected.

I missed two used "ultra wide" lenses on Craigslist this week which sold in a day, and I figured it wasn't that much more to buy a new one. So Saturday began with a trip to Hunt's in Providence. (Well, actually it began with sleeping in until 10 -- the latest I've done in months :D ).

Then it was off to visit Aunt Eleanore with mom for a couple hours, then I ran up to Eric's to borrow his leaf blower since we plan a clean up at Uncle Ed's tomorrow. It was good a day, beautiful weather but I also just felt...well. Little inflammation, clear head. Can't quite bring myself to say happy, but darn close.

I paid a bit more for the filter (which protects the lens) than I planned, but the bag was only $20 so I pretty much came in on budget. I guess forest green is no longer in fashion judging by the dust on it -- but I wanted a bag smaller than my "everything" photography bag, but which could carry a couple lenses and my small case that I usually grab to go to fires can't hold extra lenses.

I'm think this will be the perfect size for places like Old Sturbridge Village to take photos both outside and inside, which really need at least two different lenses to take the best photos in both environments (if not a third) (or more...cameras are like guns, I'm not sure you can have enough for every situation :D). Thursday night I played around a bit in low light in the house. This is my 50mm lens that can go down to f/1.4 -- a very big aperture needs little light, but the trade off is the larger the aperture (the smaller the f number) the shallower the depth of field that is in focus. Sometimes that is good for artistic shots.
Canon EOS 50D, 0.0125 (), f/1.4, focal length 50, ISO 3200 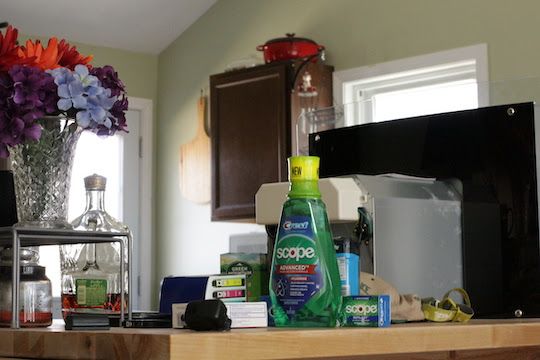 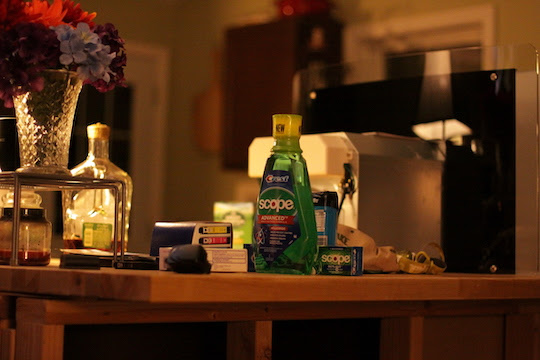 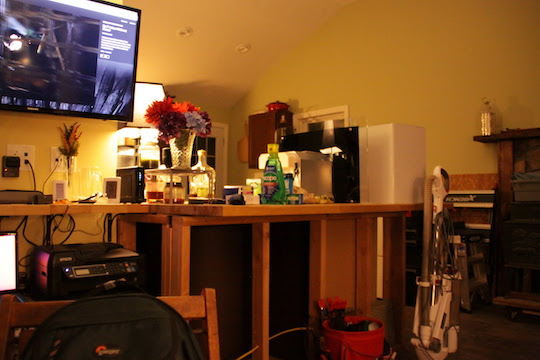 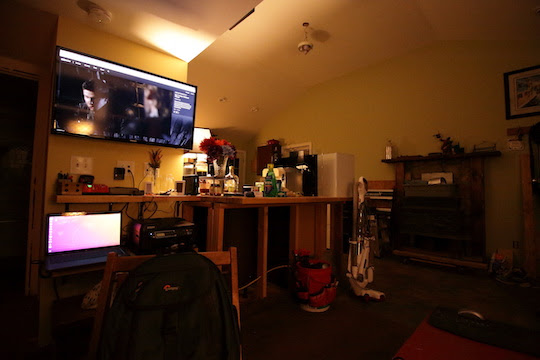 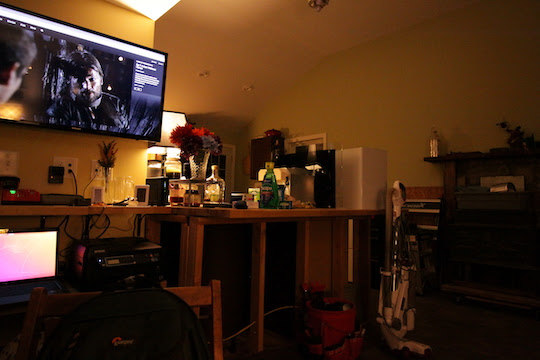 The 10mm is as wide as the class of my camera (ASP-C / Crop Sensor). Without the distortion of a fish-eye lens the only way to get a bigger field of view without stitching multiple photos together is to upgrade to a Full-Frame camera. The 10mm on my camera is equivalent to a 16mm on a full frame -- so my 18-200 on a full frame would produce an image almost as big as my 10mm lens. You can put a 10mm lens on a full-frame, but I would need to spend at least three or four times as much for a lens in the 10mm class that is built to produce good images on full-frame. While many lenses are compatible with both camera frames when you push the edges of performance like this you end up needing high quality lenses to avoid distortion and other problems.