I kept trying to figure out how restaurants would get the outside so nicely seared, with the inside so pink...they use something called "sous vide."

Googling around, I cam up with using a cooler filled with hot water (135 degrees) and the top round ("London Broil") steak in a ziplock with all the air removed. I left it in for two hours, then grilled it 30 seconds, flip, 30, flip, 30, flip, 30. I don't think my grill gets as hot as a good restaurant one would :( But still not bad at all!

I had left the steak marinating on the counter all day.

Steak was from Hunter's Brookside Farm bought up at Lapsley's, while the veggies came from Pakulis' -- so everything was grown within a couple miles as the crow flies from my house. 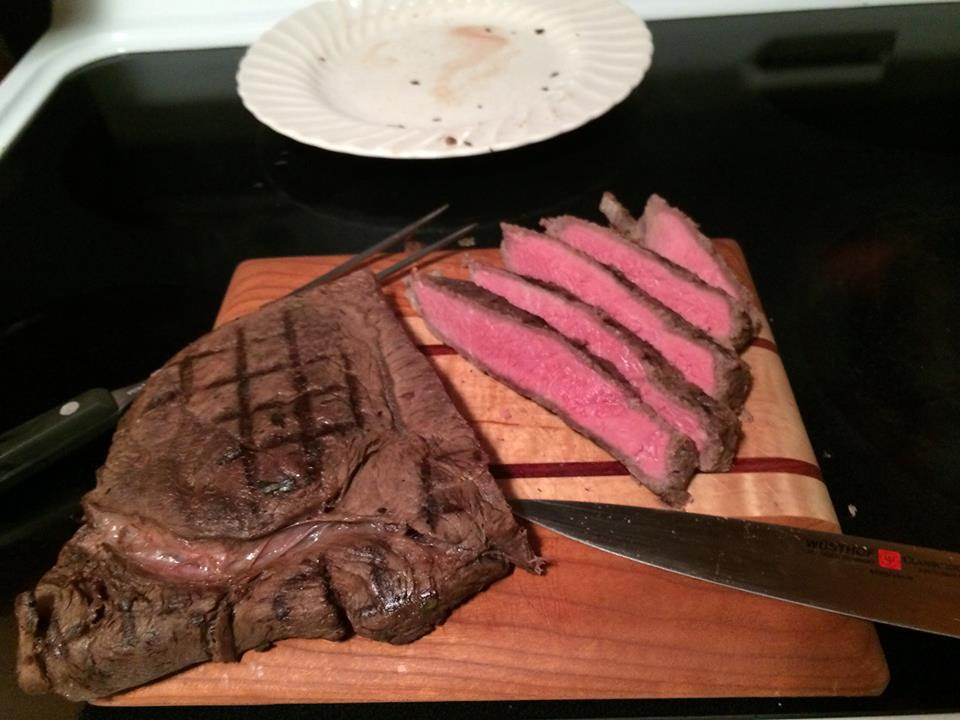 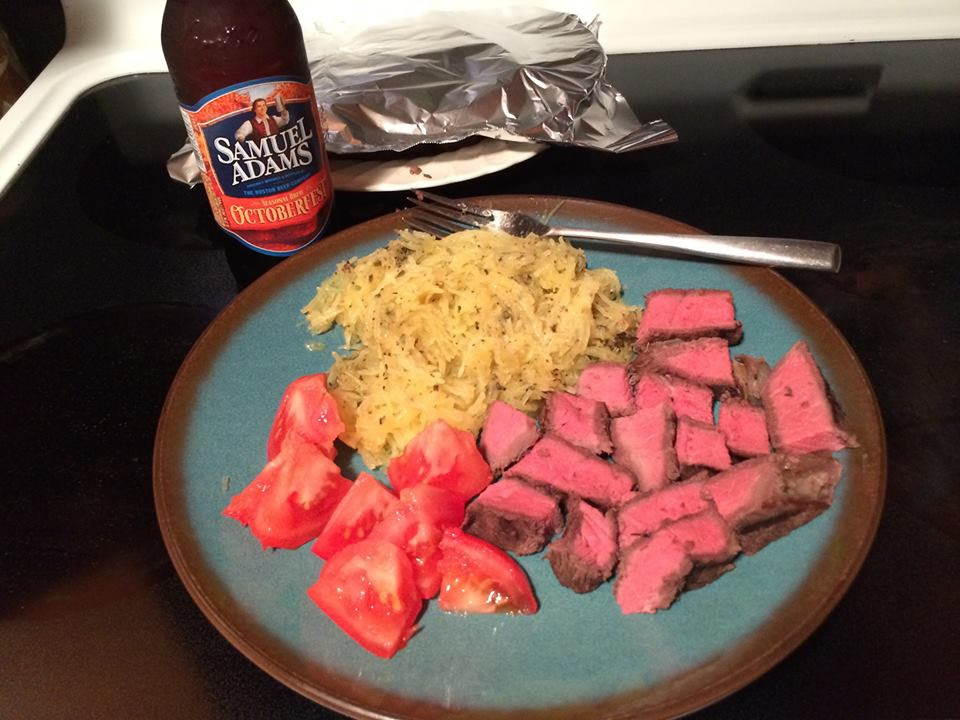