Jordan had a tree break off at the top, ironically just after he had a tree service in to remove a tree endangering the house. 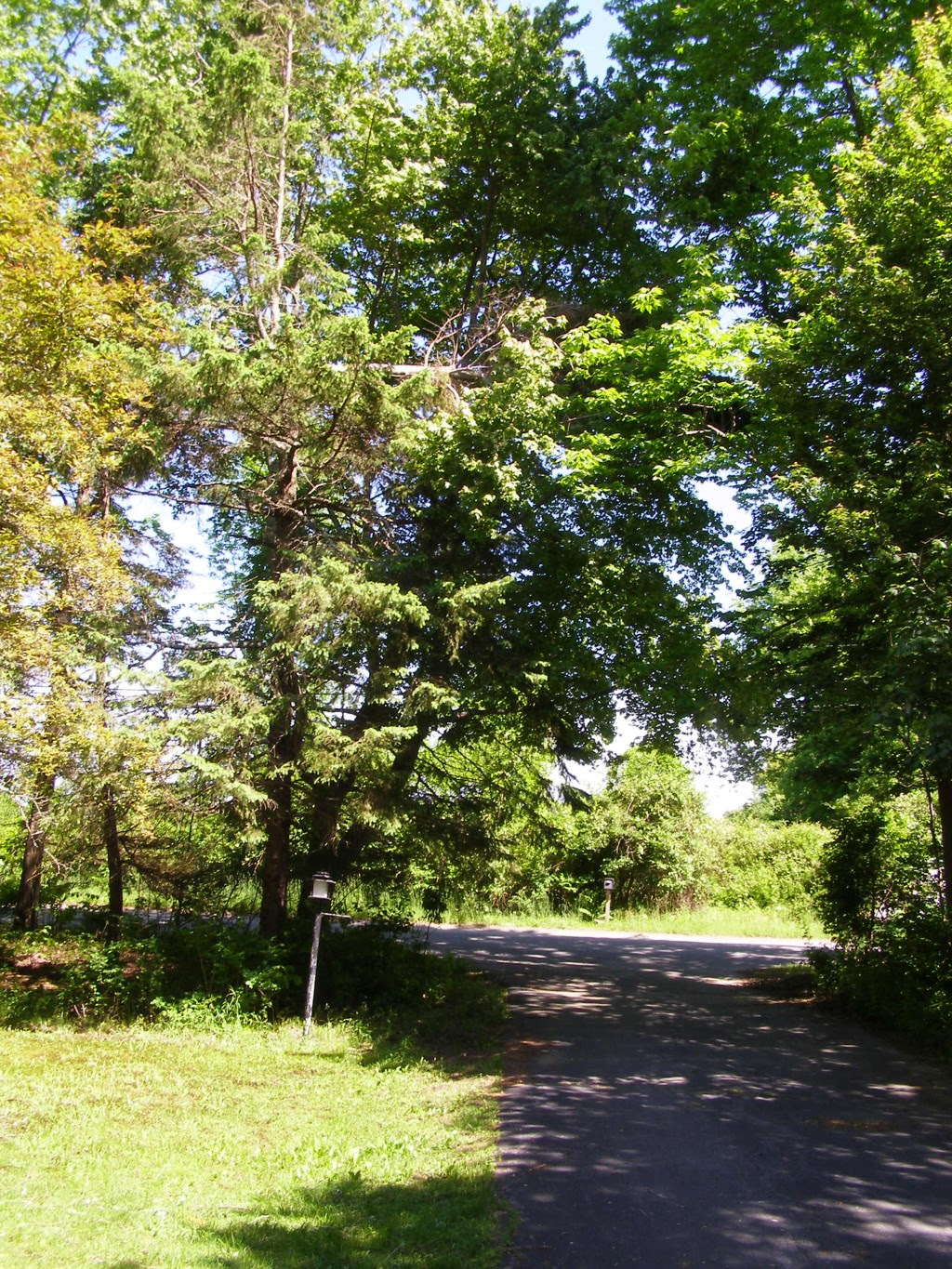 The broken top was nestled in the branches of a maple, but was confident I could take the tree down safely: 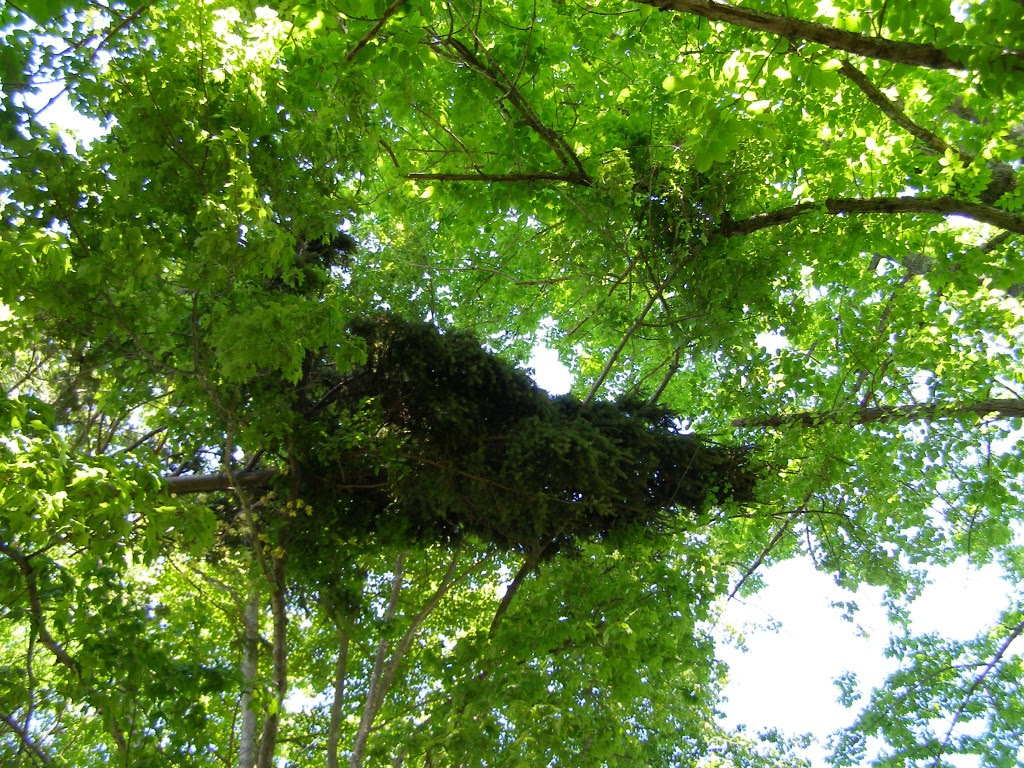 I used the "stick method" (an arm long stick held at arms length at 90 degrees) to determine the height of the tree, so I knew it would fall well clear of the service lines to the house (the wedge on the ground is the point I wanted to land the top). There was a lamp pole in the way though... 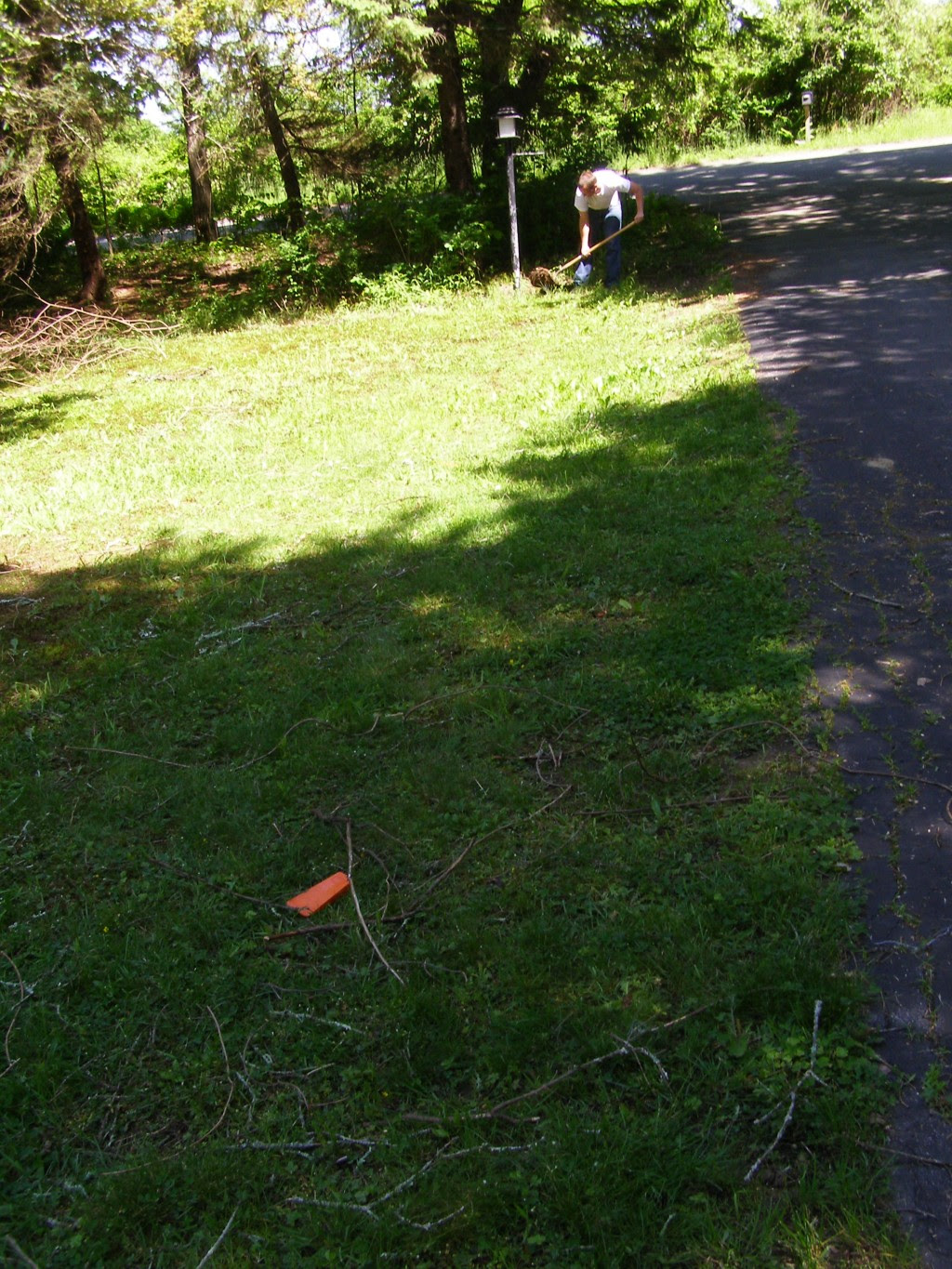 So we dug up the lamp pole, took the globe and other fragile stuff off the top, and laid it down with logs on the side: 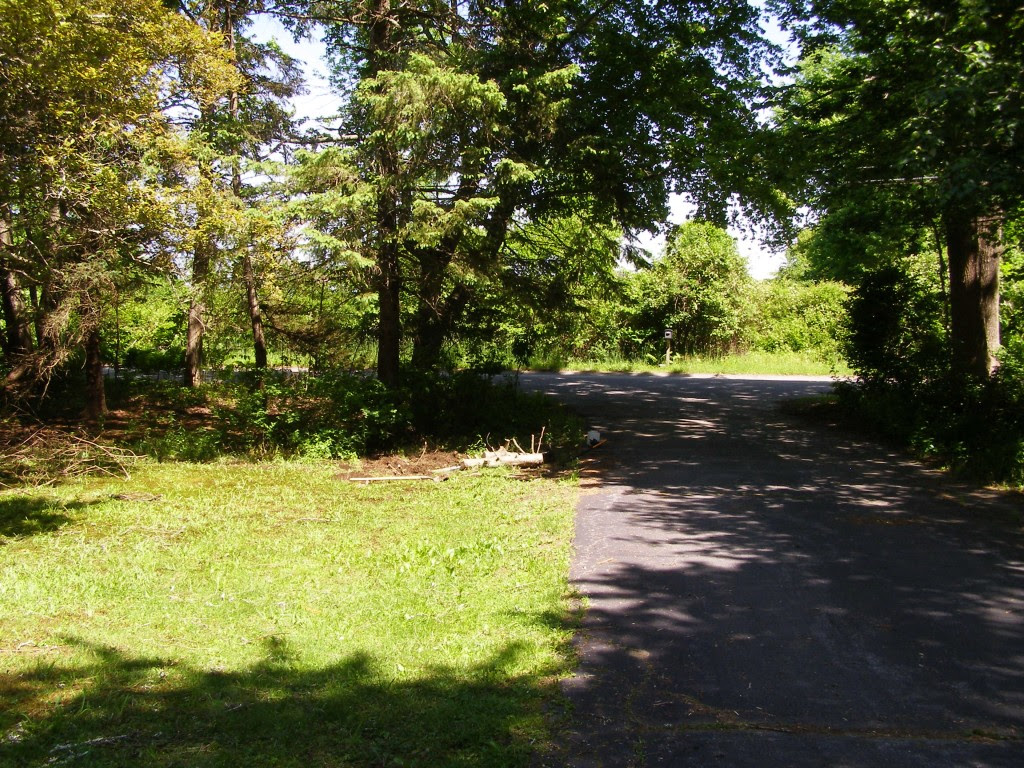 I used my pole saw to cut off the lower limbs, which we stacked along with some other brush over the lamp pole: 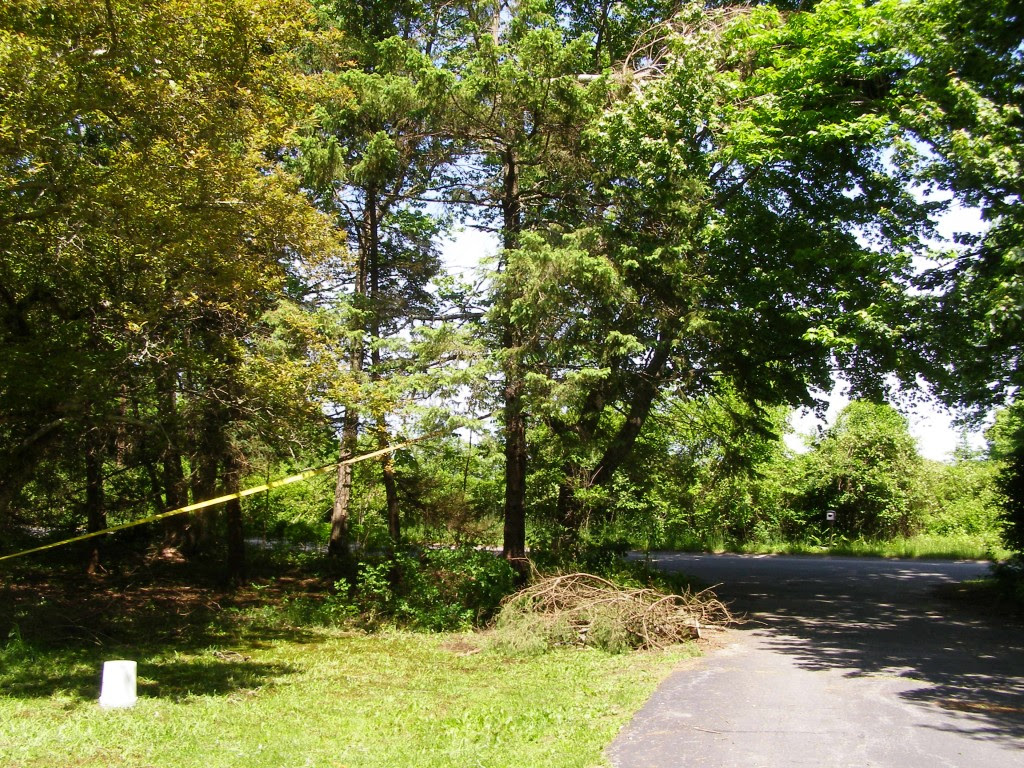 A couple branches I left longer stubs, so I could toss over a sand bag and haul my tow straps. I was concerned the widow maker might keep the tree from falling normally, and I didn't want to be mucking under there with wedges to force the tree over. So I rigged up the tow straps and chains to a come-a-long to a tree stump in the yard. There was no tension on the tree when I cut it -- after tensioning the system to make sure everything was tight with no extra slack, I loosened it a smidge so the tree wasn't being pulled on. 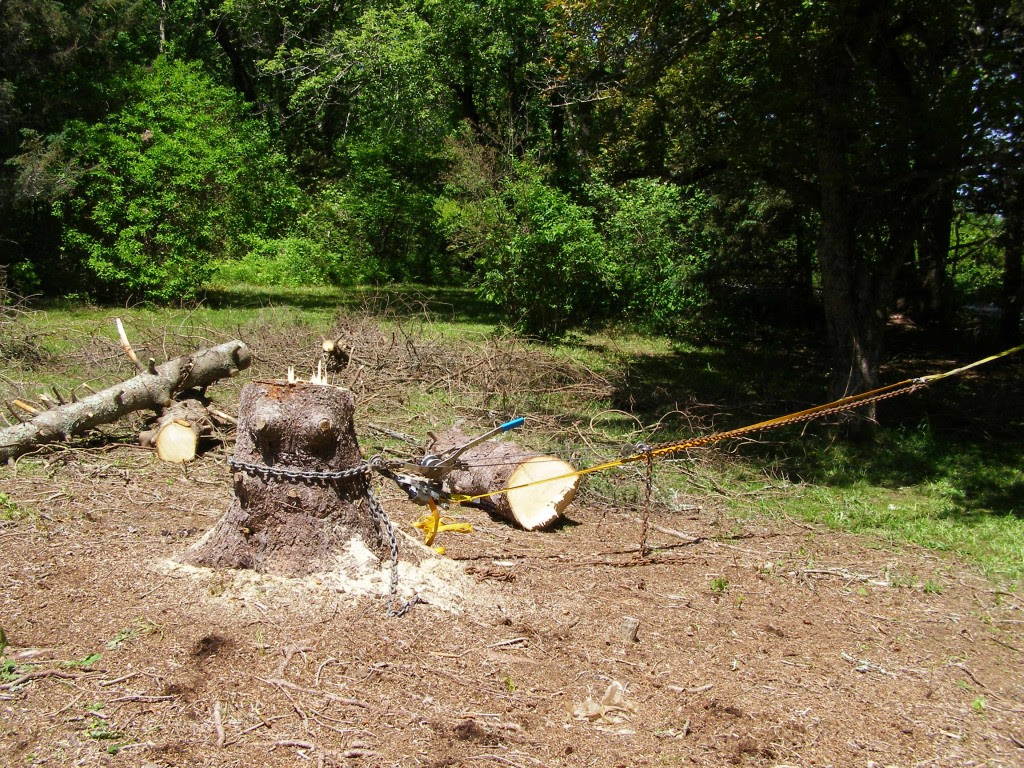 I planned to do the bulk of the pulling, if needed, with my wire rope come-a-long. My web come-a-long was also rigged up so I could use it to hold tension if I needed to reset the wire rope one during the pull. I was pretty sure the tree would come over as expected, but if needed you couldn't have setup the come-a-long system safely after making the face and back cuts so it needed to be done first. 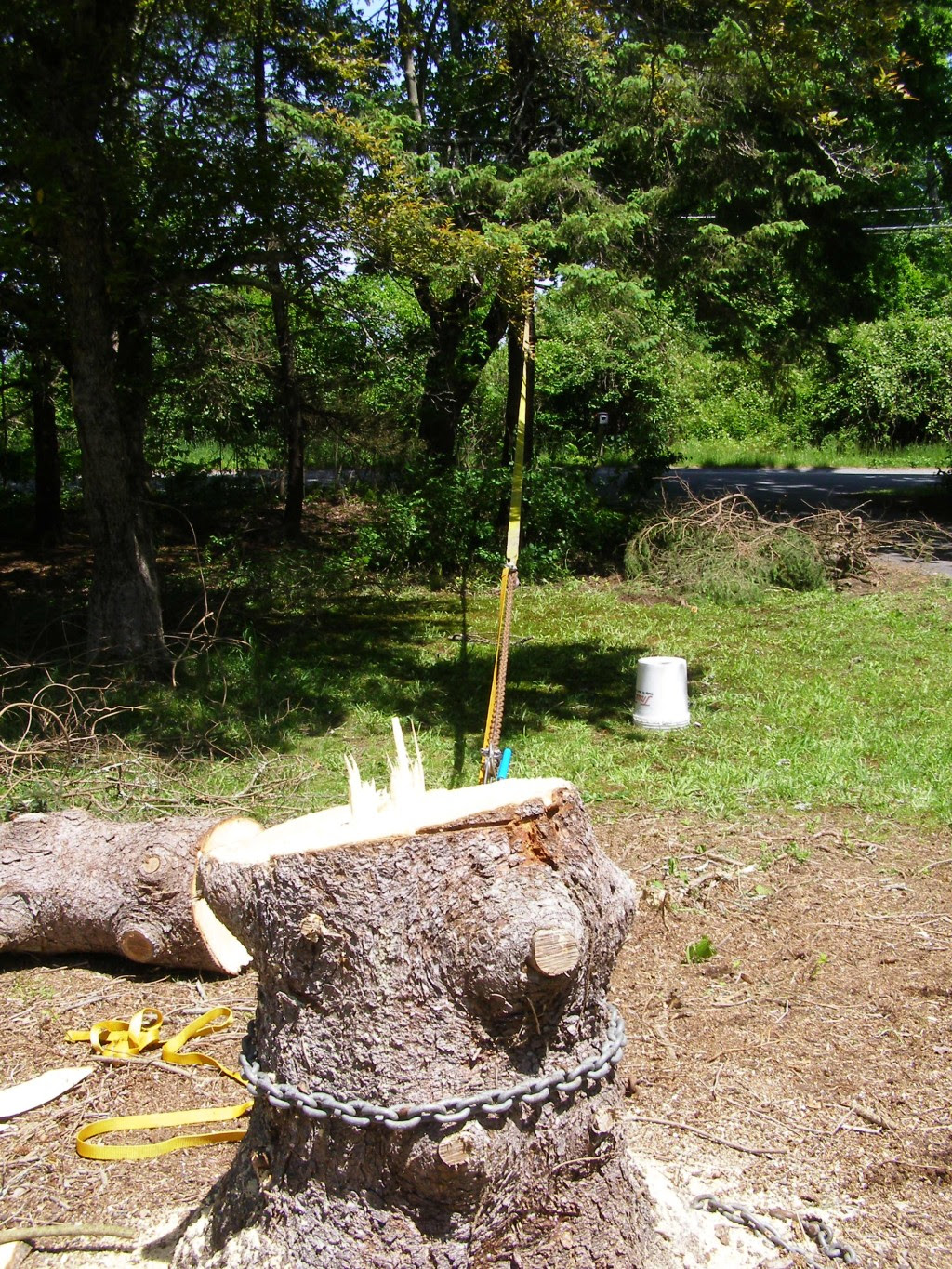 At the point in my back cut I began to consider if I should set a wedge, it became clear the tree was going over on it's own. I looked how the widow maker was moving, liked what I saw, and just gunned the saw while watching the widow maker and one foot ready to jump off into an escape run if needed. Couldn't have asked for it to go better. 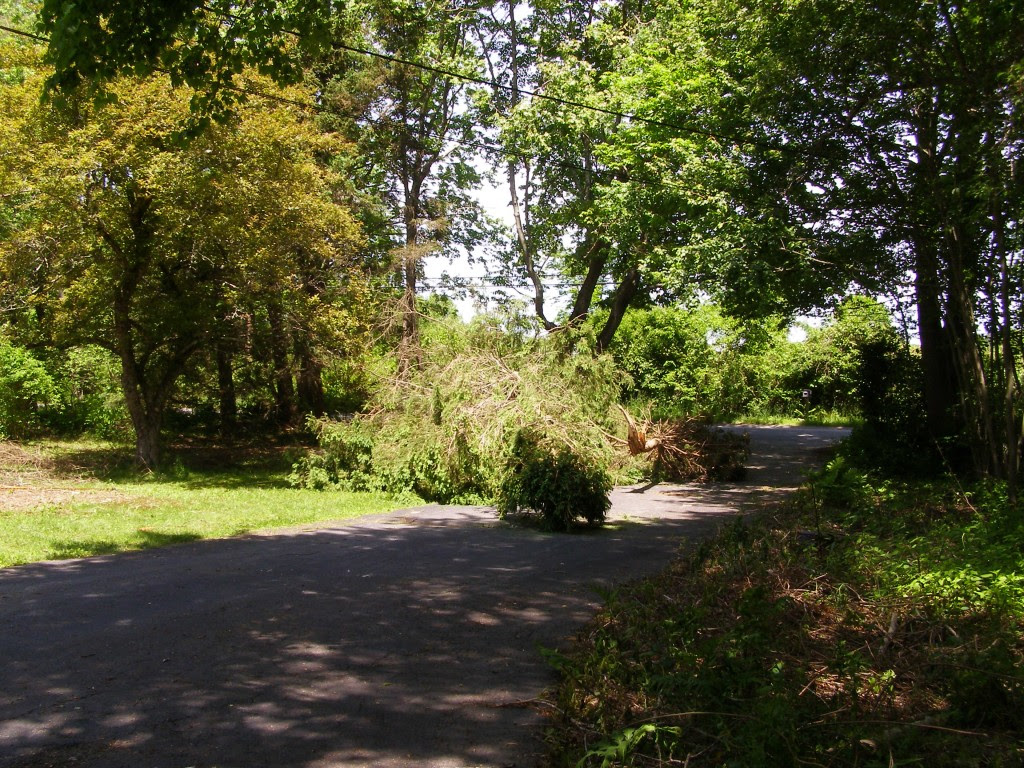 My height estimate was perfect, my aim not so. I'm going to attribute half the error to not quite getting the face cut aligned right (I could've taken a minute more and aligned it just a bit better, and double checked the off side of the cut), and half of it to not compensating for the pull the widow maker exerted (which could've done by leaving a fatter hinge opposite it as I made the back cut, but it wasn't something I thought of till after). 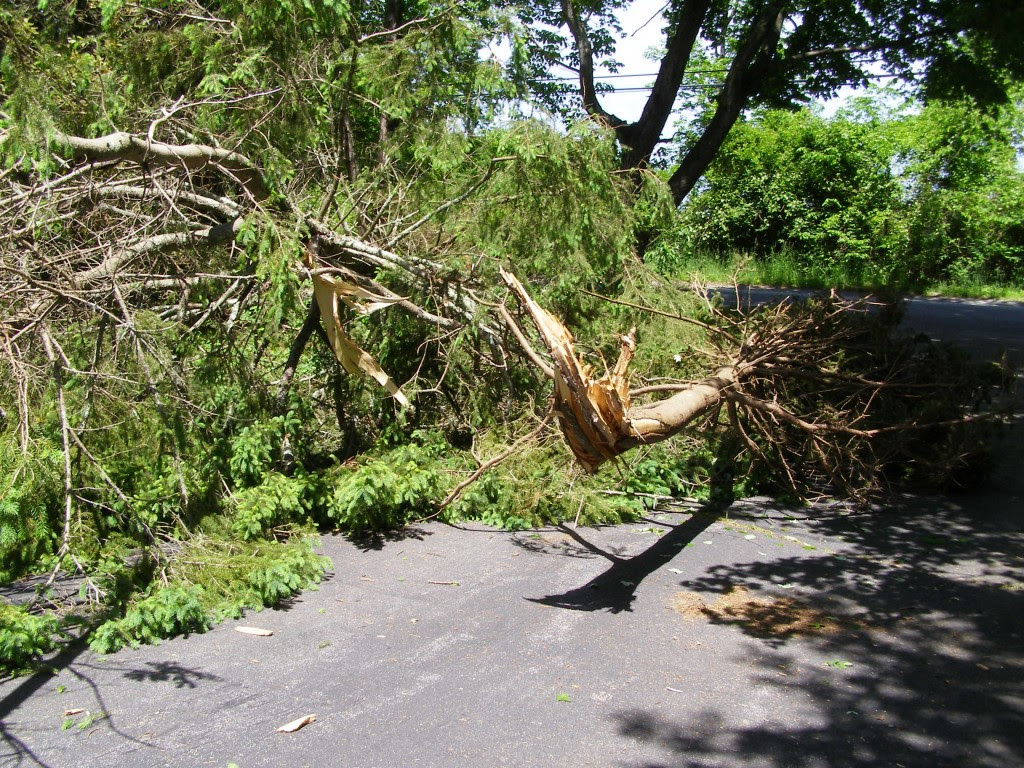 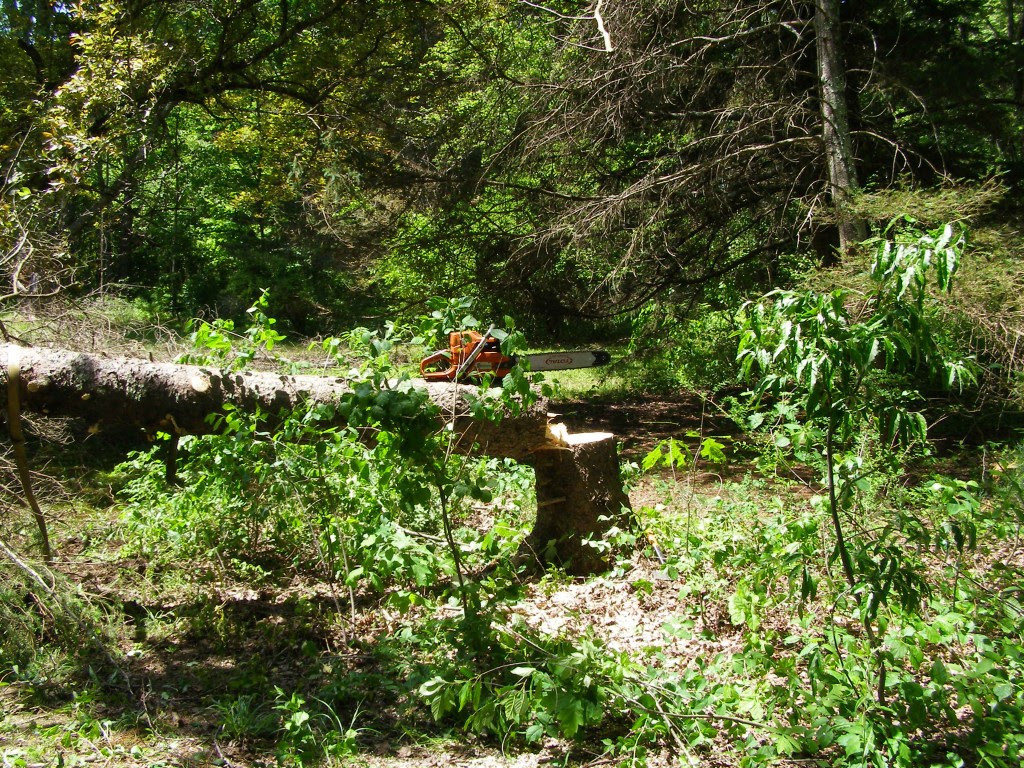 Not my prettiest stump, not the worst. You could see the effect of the side pull from the widow maker with the trunk pulled off the stump a bit towards the widow maker side. 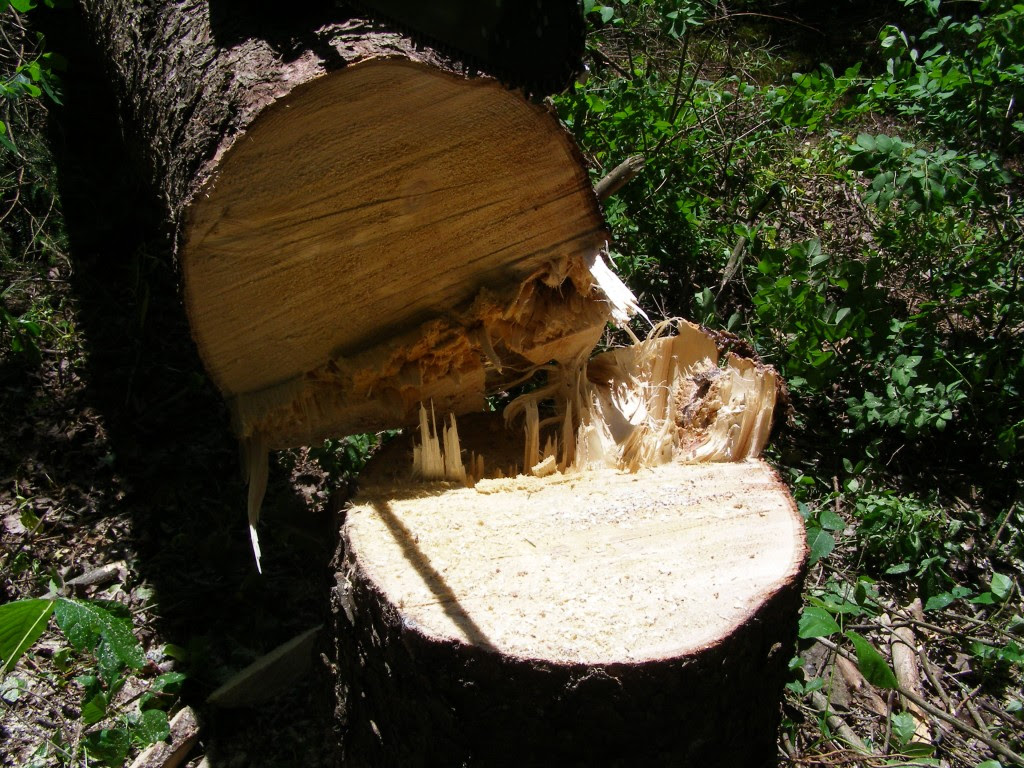