First, the lede:
Weekapaug Video:
Started the day finishing some small equipment maintenance...after draining the oil and spraying the rotor on the snowblower with Fluidfilm, I worked on the mower some, but that is a tale for another day. 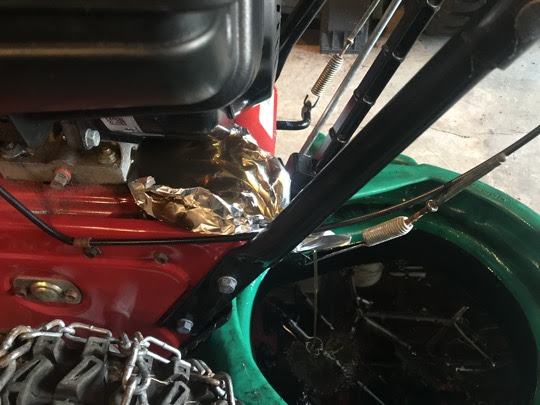 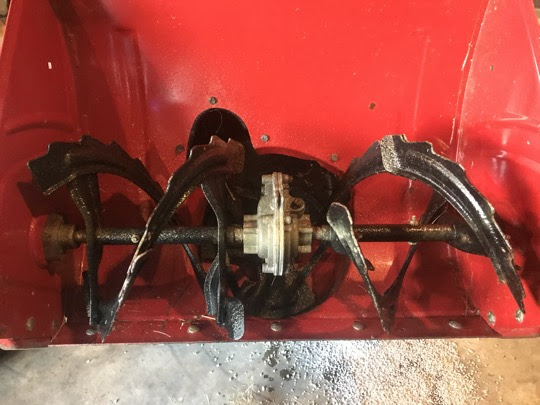 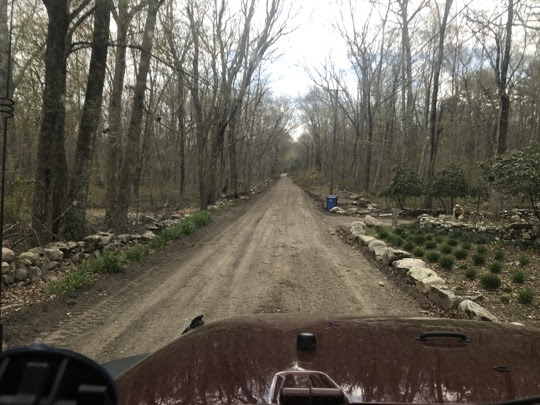 Huh...so it looks like a big oak blew down taking another smaller hardwood and then a fully grown pine! 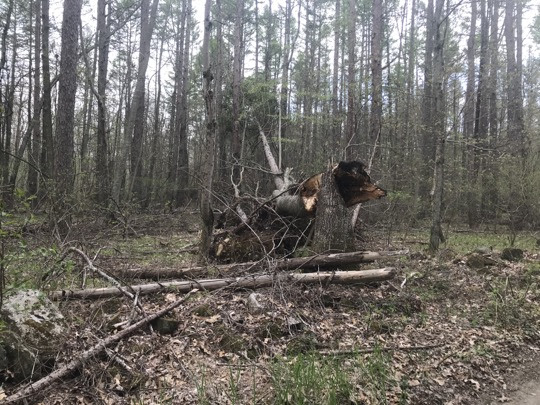 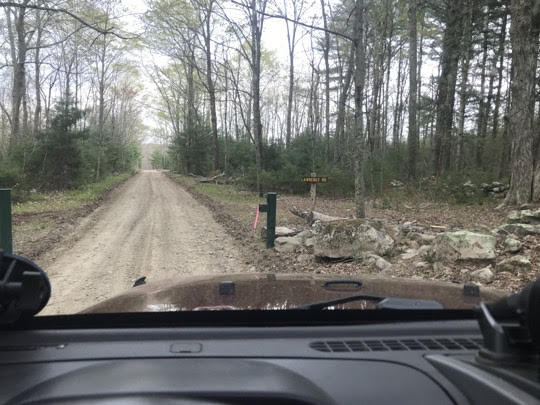 Sharing the road with horsies!!! 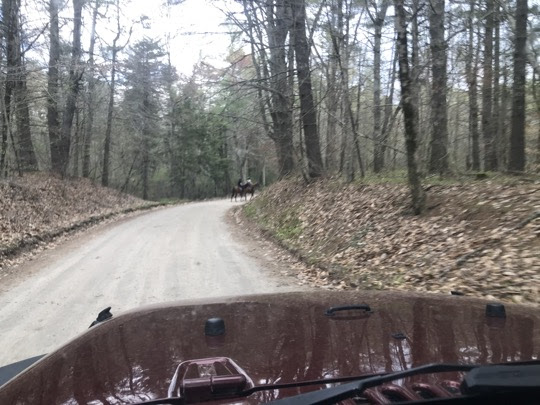 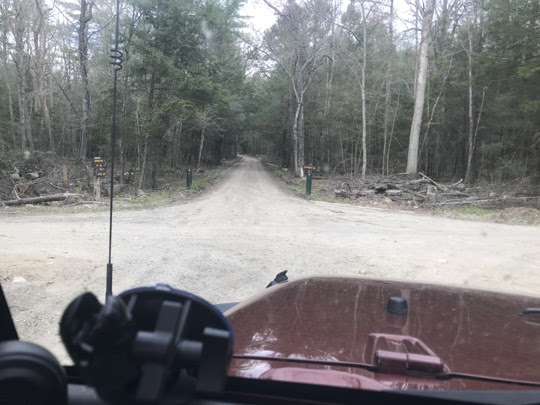 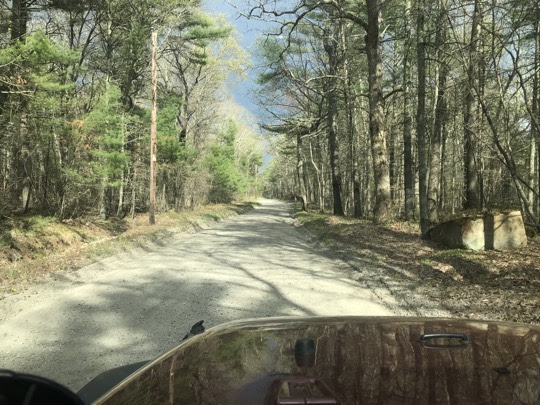 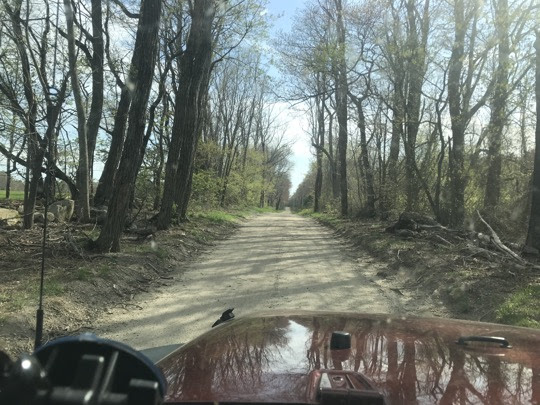 I've known about these roads, I never went down them in my pickups.

This started an interesting pattern along the border of two towns -- one side of the roads would be posted "Pass At Own Risk" and the other would have a dirt mount gate-keeper to keep less capable vehicles out. Don't recall seeing this pattern before, and Google maps show the one on New London Turnpike is relatively recent. Let's try the other. 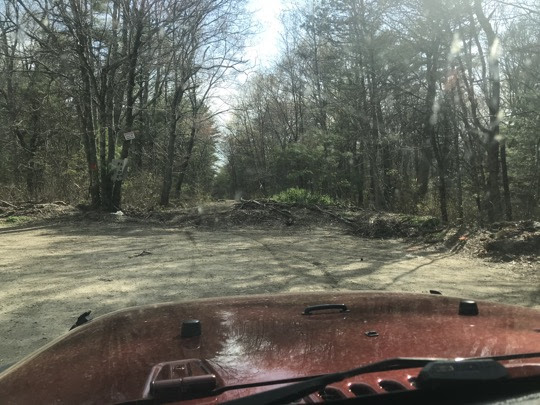 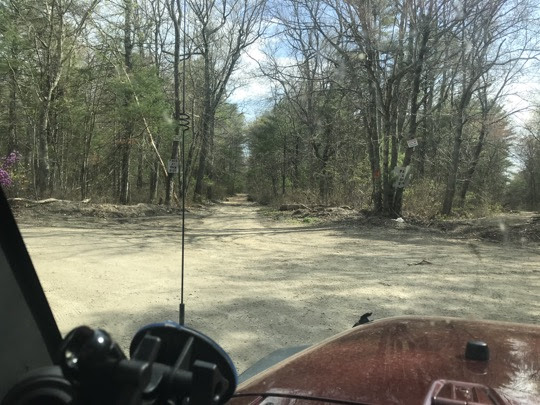 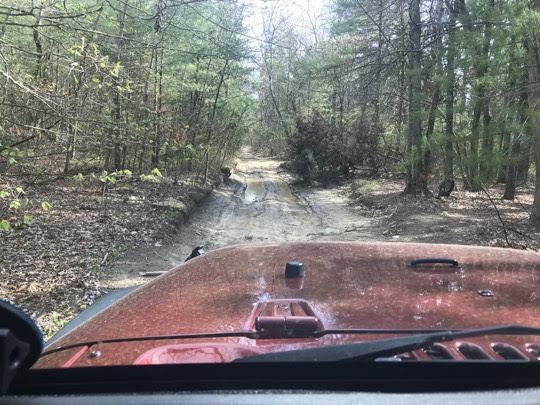 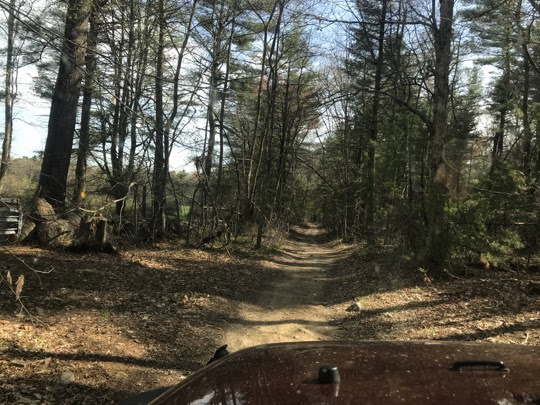 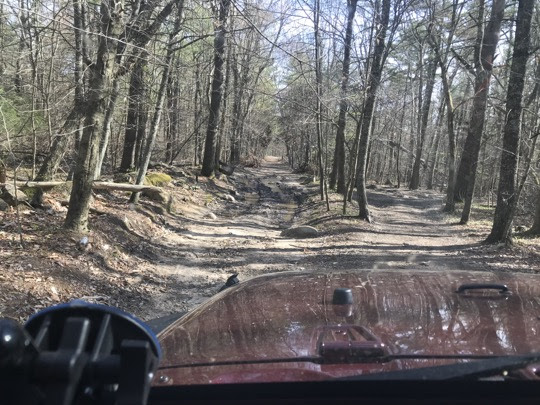 Gate-keeper at the far end of Bell School House: 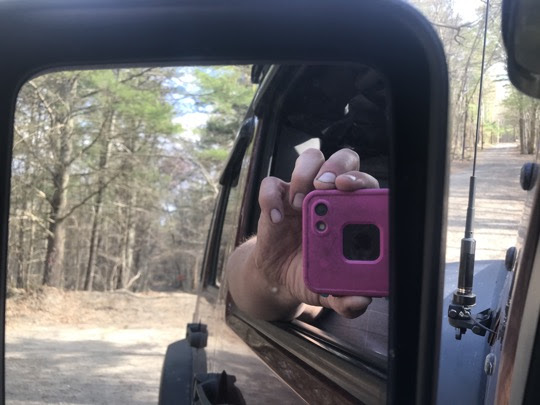 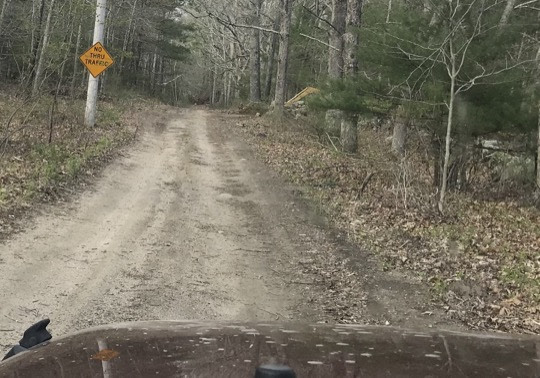 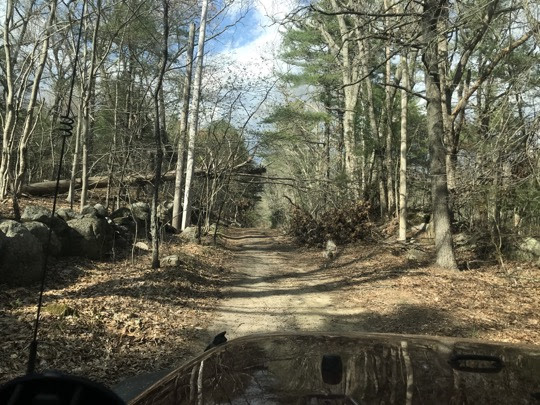 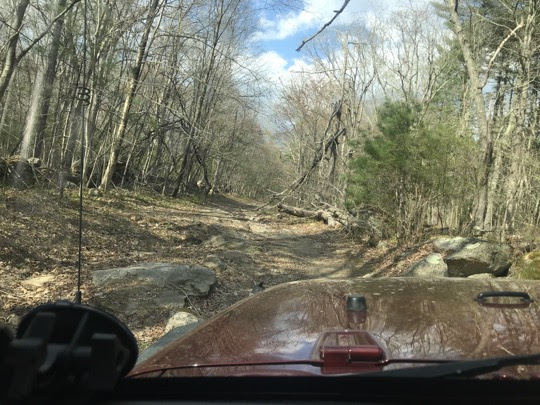 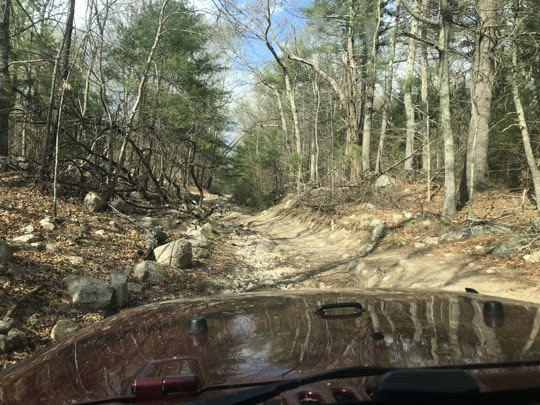 Some old infrastructure were you wouldn't expect it. Also came across some old concrete culvert that looked to date 1930-50ish to me. 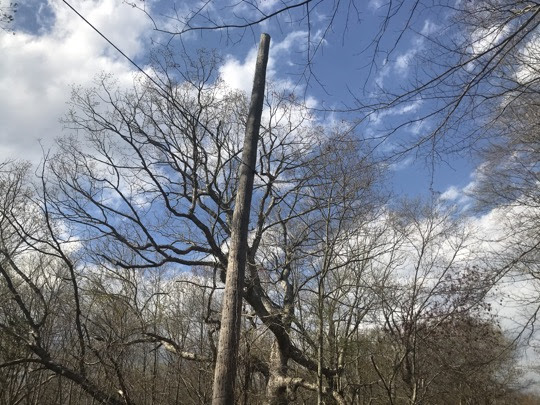 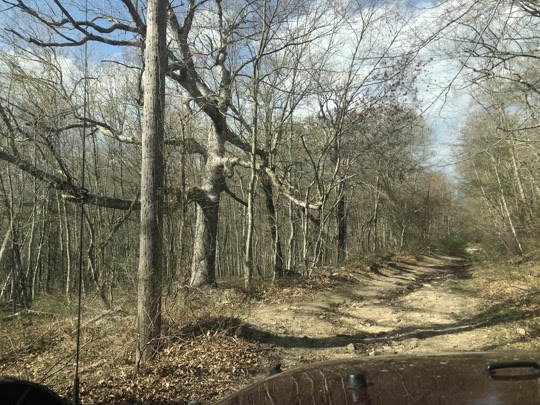 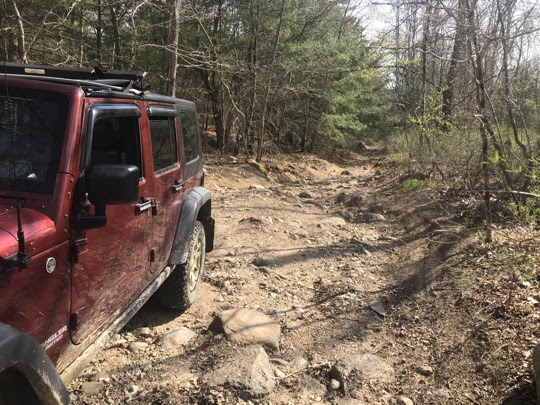 Tulips! Found the Wicked Tulips R.I. field today while in the neighborhood.

If I had my good camera, might havd gotten a good pic :) 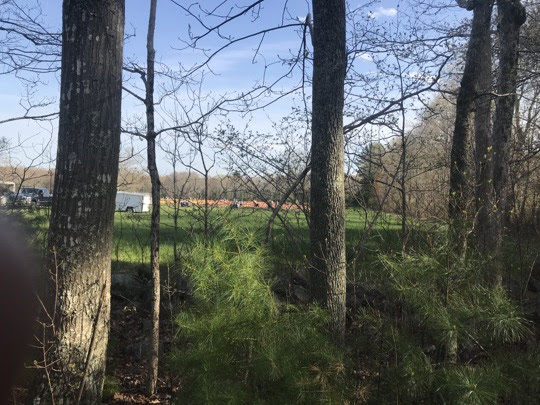 Hey wait, what? Did I just see an orange "Pass At Own Risk" sign? Let's backup and check this out...not on maps, but clearly a public road from the signage (and gate keeper at the far end like the other two): 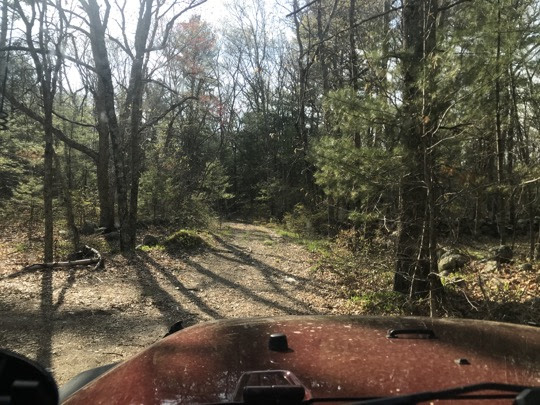 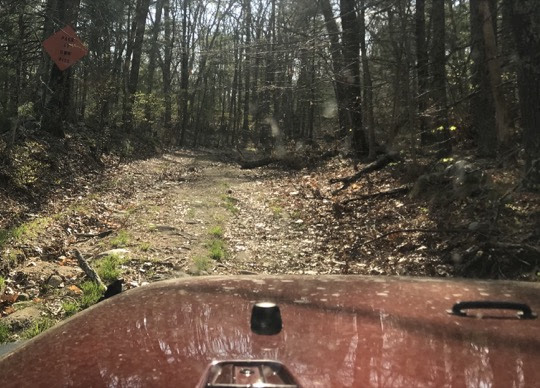 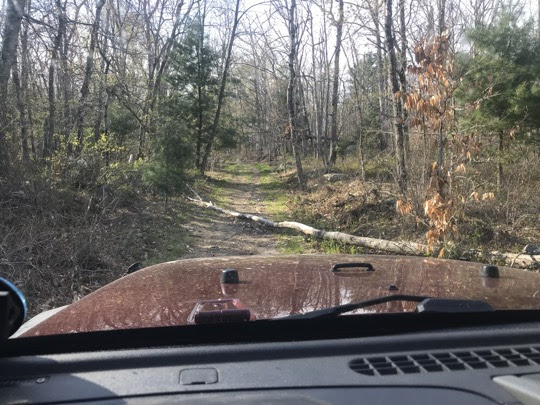 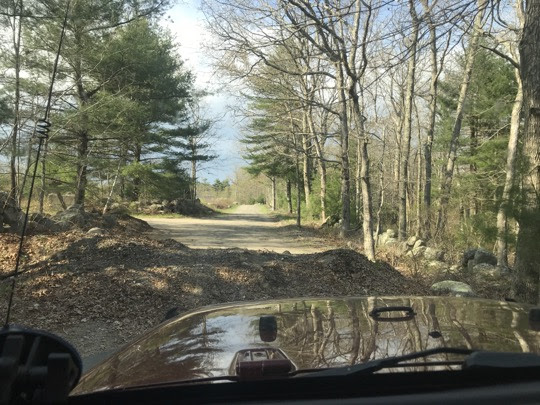 Always amazing to see this flat turf fields...this was an ancient pond/bog formed behind the terminal moraine in southern Rhode Island. 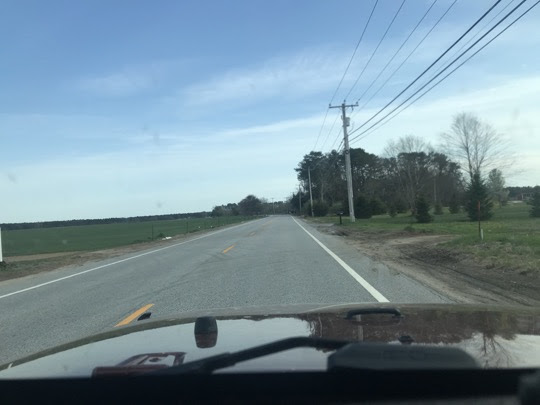 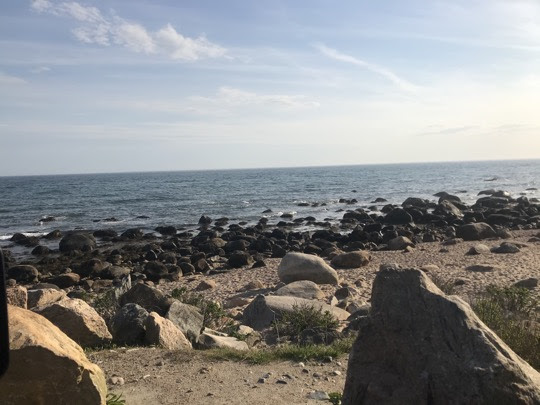