Did the first fire on Saturday which I knew wouldn't cause a stink. The second fire today I did have the fans going to blow out the smell of the curing paint. Just too tired tonight to do the third fire (stove needs to cool in between), so maybe tomorrow night. 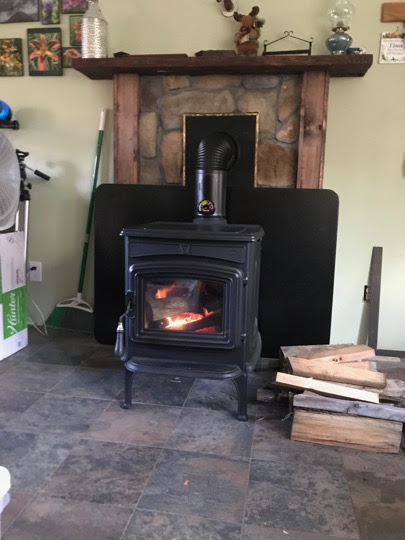 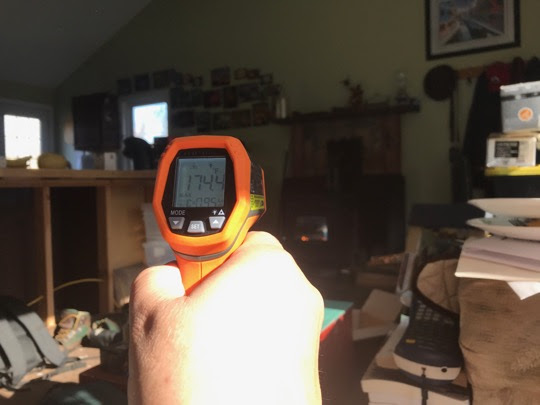 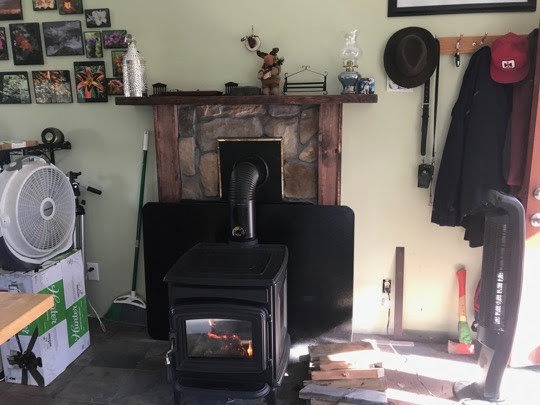 So, in order to fit the heirloom roll top desk in my little house, I need to clean out the corner it will go in. While I'll be able to store some of the stuff in it, but not all. And I don't want to put photos and papers in the non climate control areas...so the box spring goes and the bed is raised to give me 13" of storage underneath it :)

I am figuring I'll have to draw a map which box has what where underneath it so I know what to pull out :D 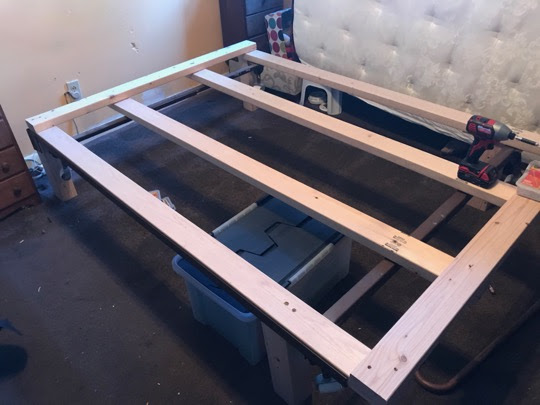 Lunch time...store bought dough, sure was a weird rise. 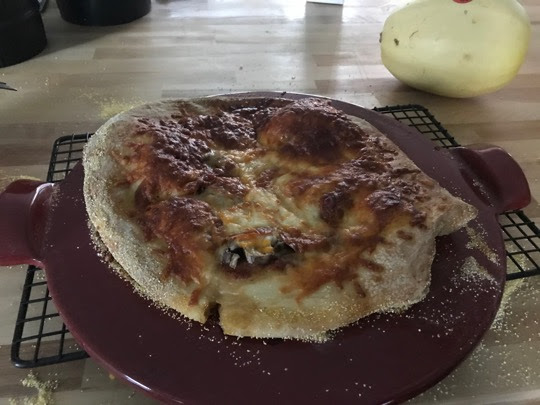 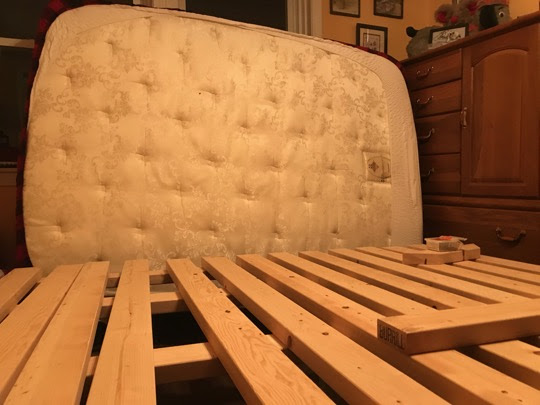 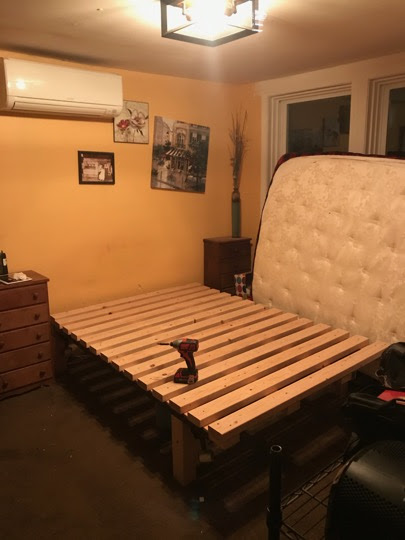 Bed did end up a manageable 1 or 1-1/2" higher than before. I have had the idea for a while if I get another dog, the bed goes up even higher so I can have a crate / den underneath it. That would require a platform next to the bed as step for me. 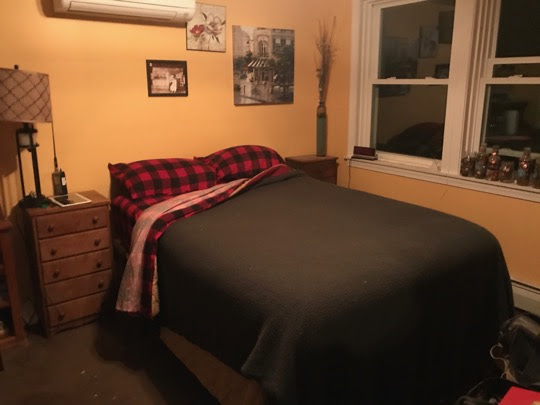