From a snow day, to Brooklyn Savings Bank, to 125 year maturity bonds...

Wow...so last night I was still Googling about John M. Dean and one of the hits that came up was the 1921 Report of the Connecticut Bank Commissioner -- Mr. Dean was on the Board of Directors of Putnam Building & Loan Association.

Which made me go looking for the Brooklyn Savings Bank.

Clearly the regulators of the day like them to own things that included government bonds (local, state, federal, and foreign), railroad bonds, utility bonds, and other bank stocks. It seems pretty typical about 1/2 the deposits would be used for real estate loans, 5% in cash, and 45% in stocks and bonds as you look at other banks.

It seems modern tradition is the "loan to deposit" ratio not of 50% but of 80-90% is considered prudent; nationally it hit 100% in 2008 and 77% at its nadir following the crash. (Actually I guess the bonds could be considered loans...so maybe they count). 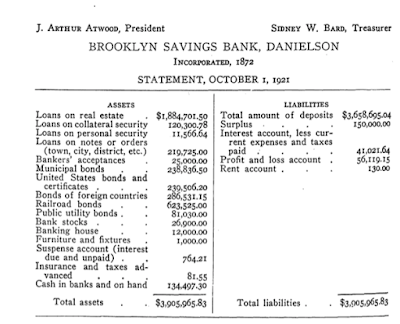 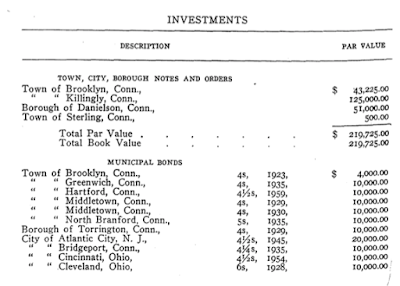 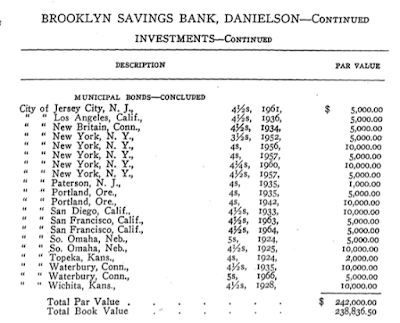 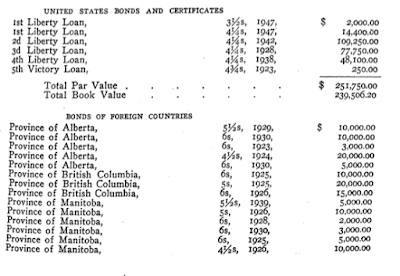 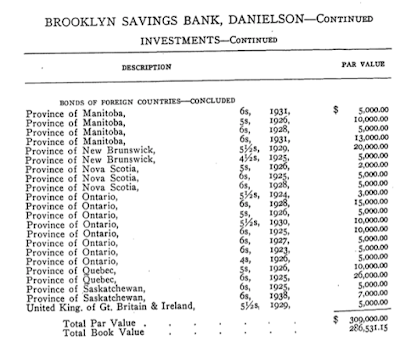 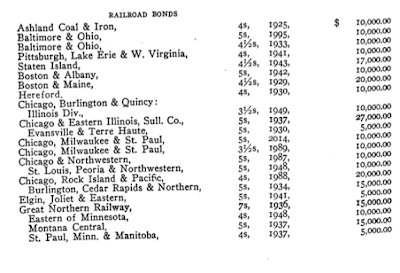 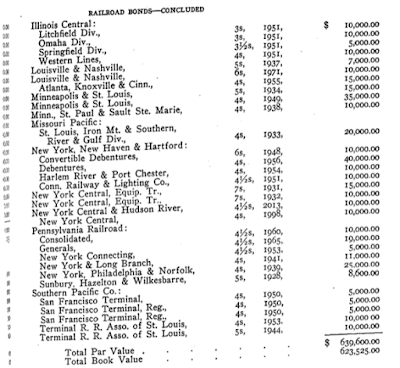 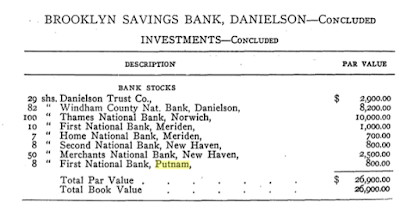 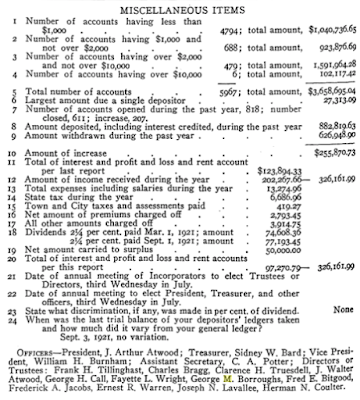 And while scrolling near by, my eye was caught by this bond of the Northern Pacific that doesn't mature for another 30 years from when I'm typing this (in 2017!):

Da heck? And it didn't seem an anomaly since there was many other long maturity railroad bonds. These apparently were a fairly routine instrument, with the expectation that they would be called long before maturity by the railroads.

Even today companies like Coca Cola and Disney are sometimes asked by institutional investors to issue 100 year bonds callable after 30 years for the purposes of balancing the spreadsheets of the investors (say they have a lot of 5 and 10 year maturity bonds, they may have a requirement for XX% of assets to mature in 20 or more years and a 100 year bond pulls that average up...at least that's my I didn't stay at a Holiday Inn Express last night but did use Google understanding.)
Posted by Matt at 7:20 PM