Probably could call it a "Kanna Sauna" since there is a lot of steam being made in the pot!

Canning jar screw tops in the bottom to support the bird. After putting in the chicken I added water up to the top of the lids. 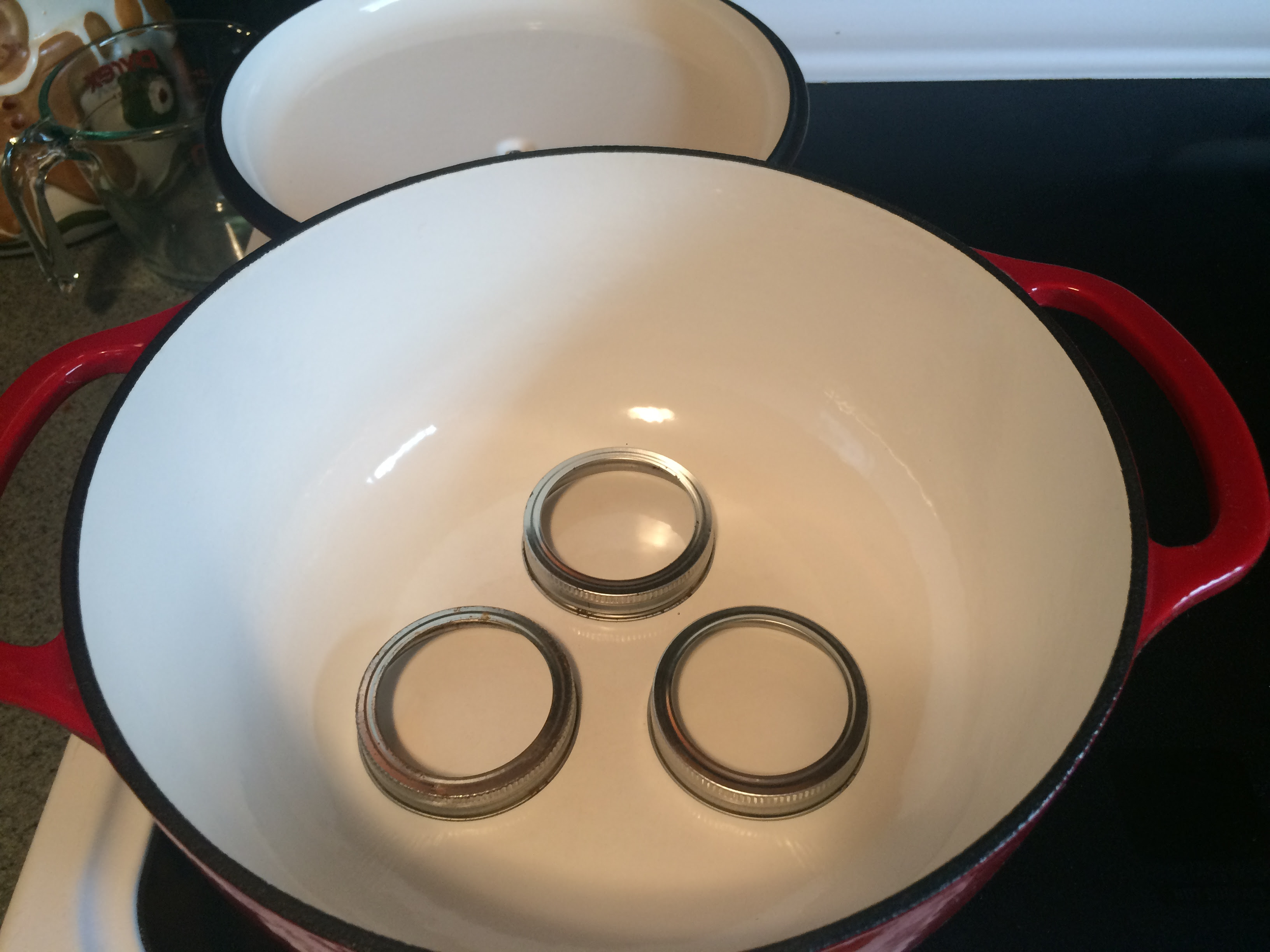 I later added Sage on top of everything as well as these seasonings. 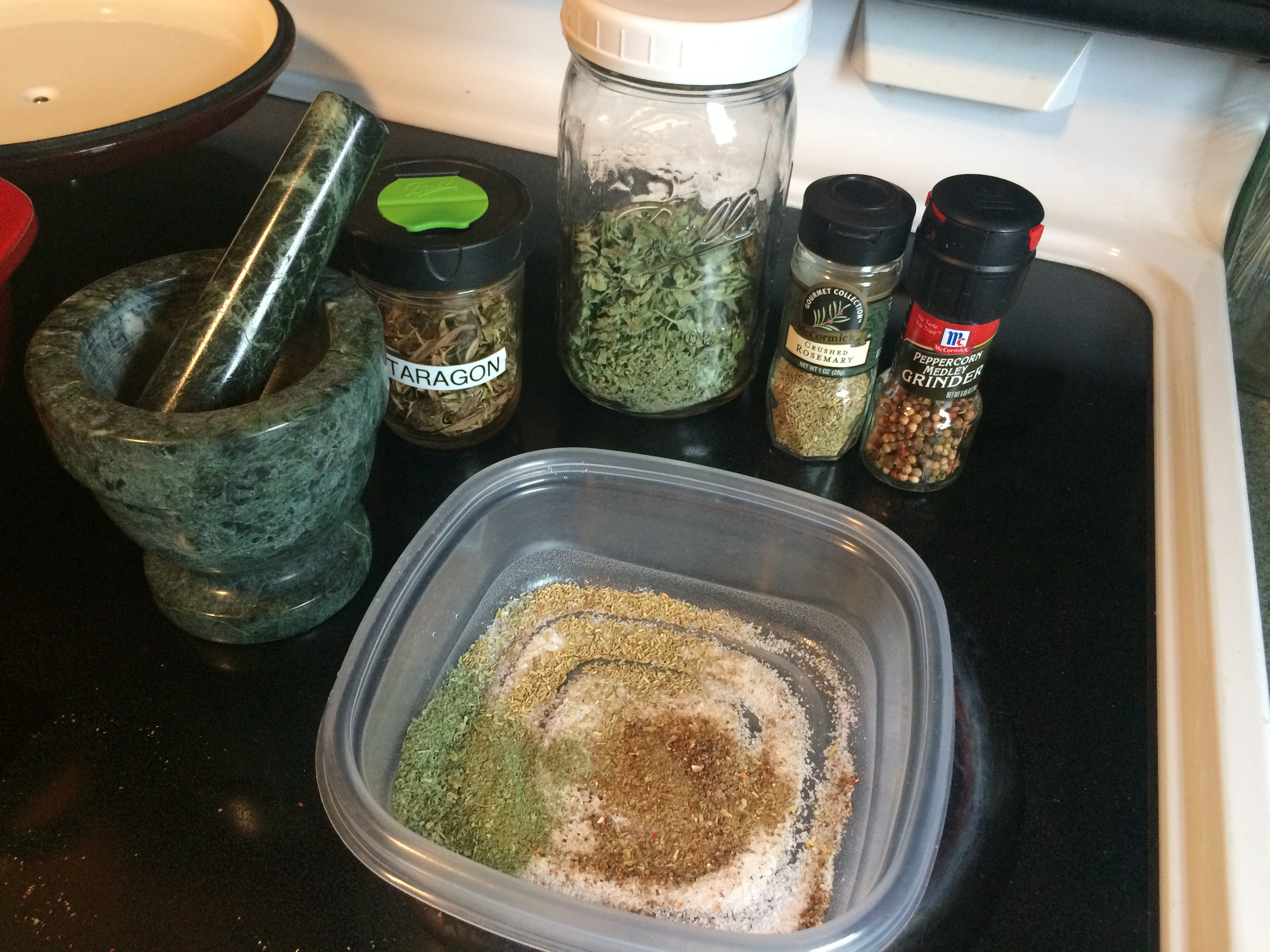 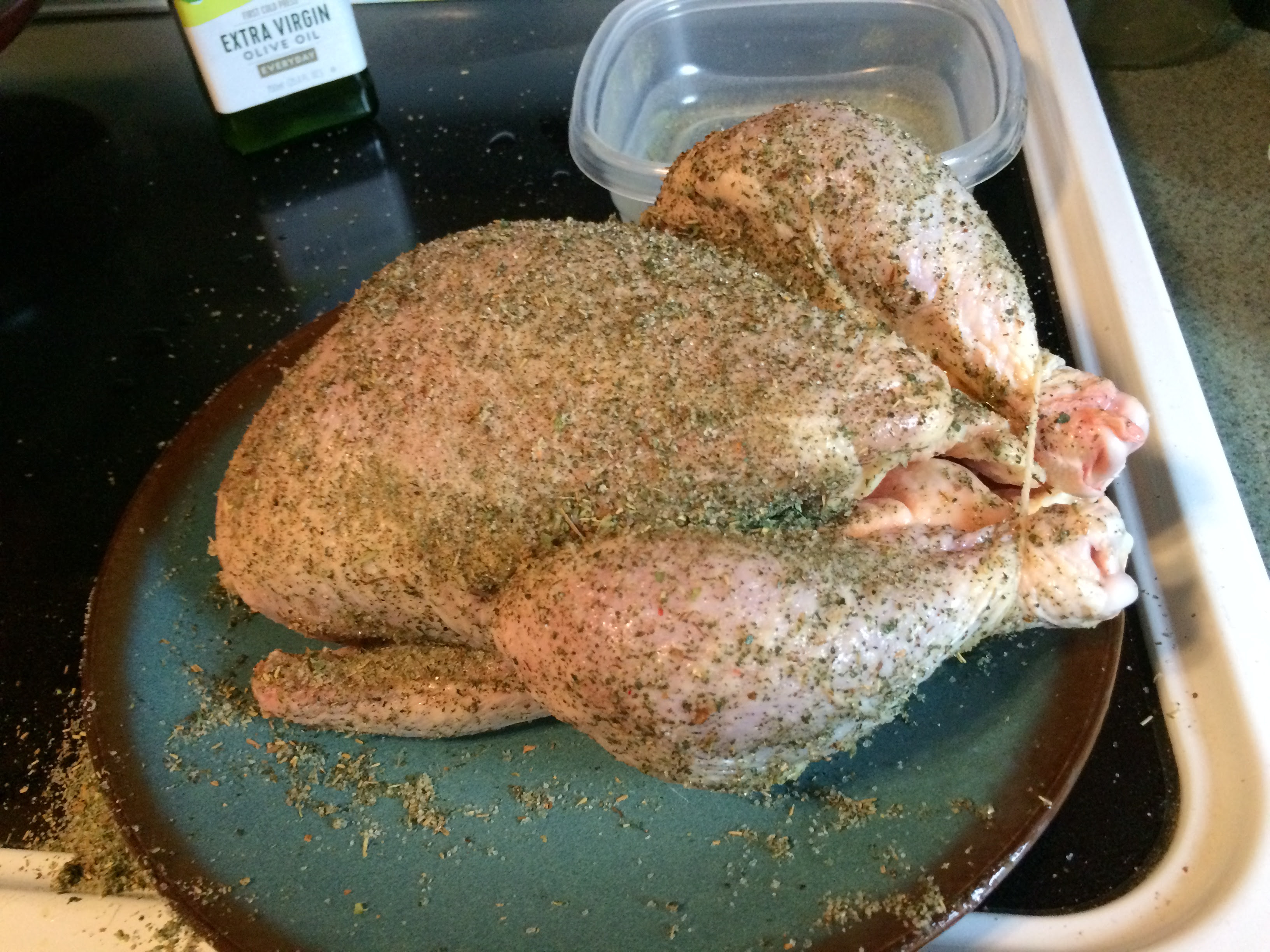 Last of my ugly carrots from Abington Grown, to go along with the Yukon Gold taters. Goes in for 20 minutes at 350 degrees, before adding the squash. (I probably should have done 30 minutes...the chicken was at 145 when I was done which is what I thought it should be...needed a few more minutes to reach the 165 it *should* have been).

So start washing the dishes while waiting. 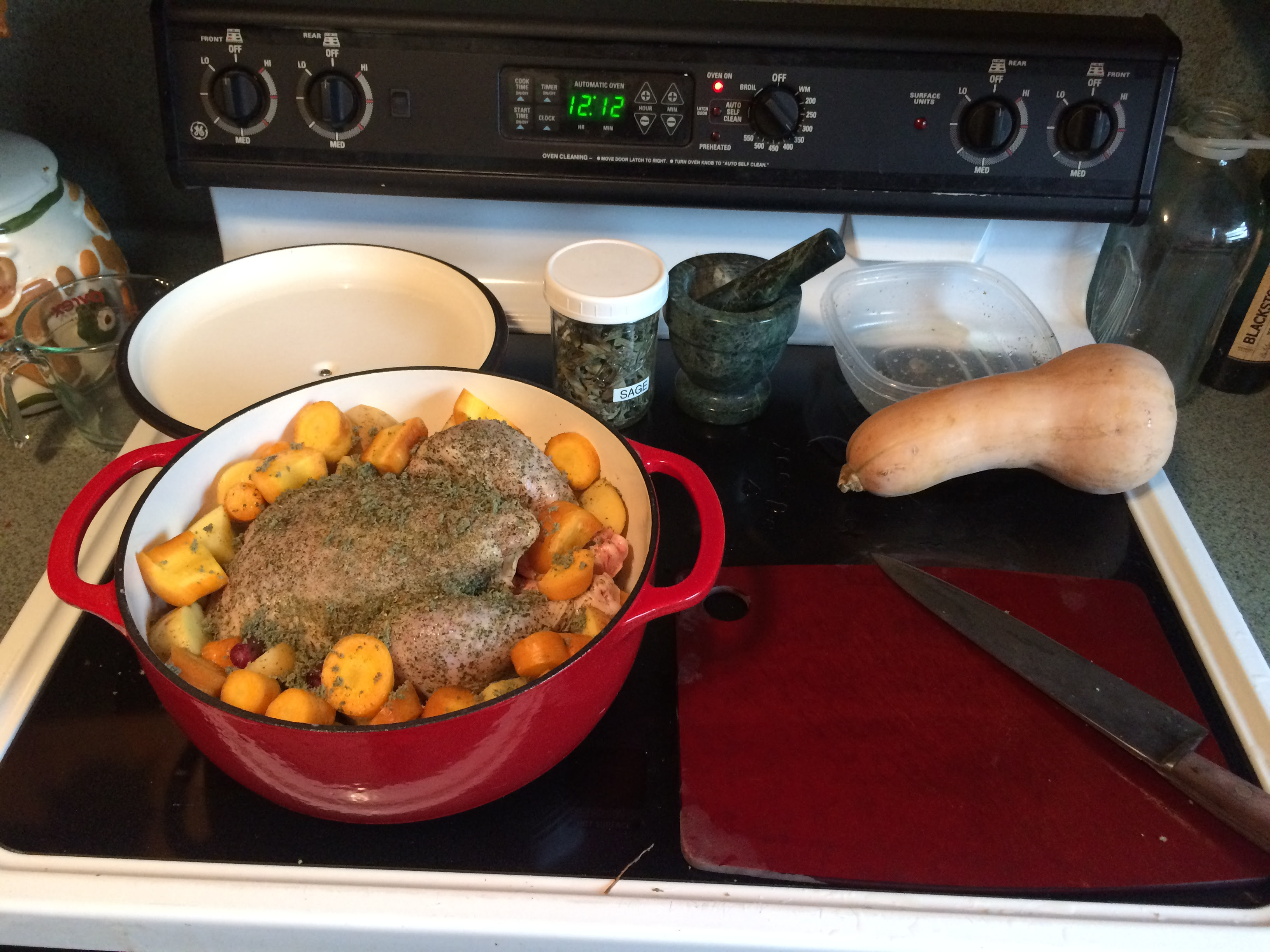 After adding the squash, go do firewood for 40 minutes. Which today meant one load brought up and stacked, and a second load dumped to be stacked some evening this week. It was really good. Even Mom said it was good! Yes, Mom!