Had the day off to work around the house, but my wrist was bothering me (sprain?) enough to need a brace. So I decided to go get my annual half dozen clam cakes at Iggy's and play with my camera at Fort Cronin and later Jerusalem (looking towards Gailee).

Nice catch of the wave...could've gotten fewer people though. 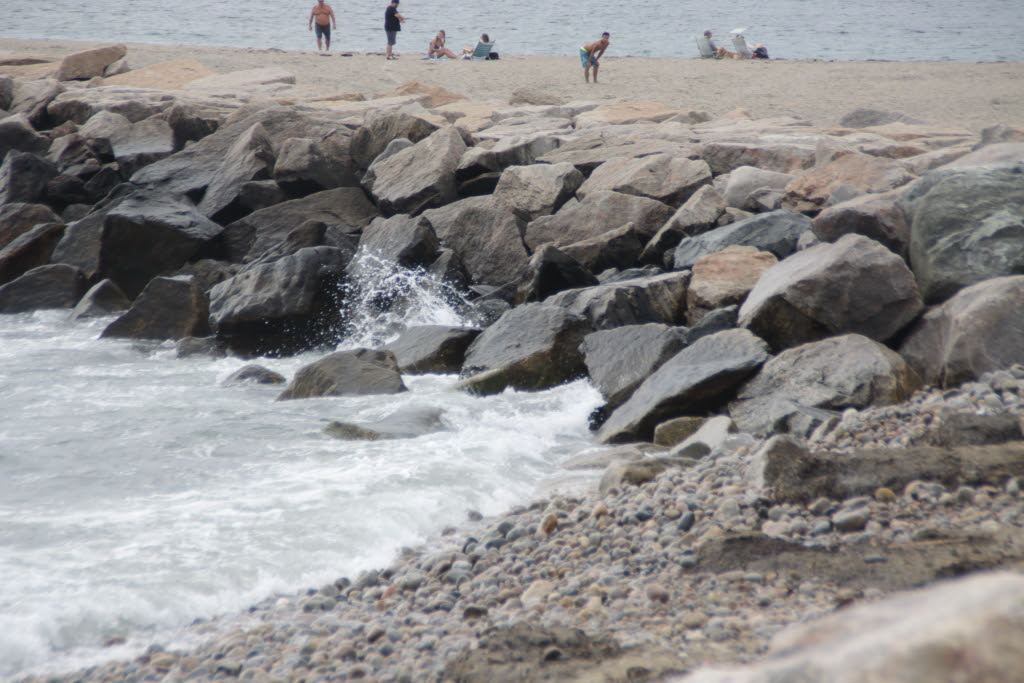 Point Judith Light...note the red house to the left 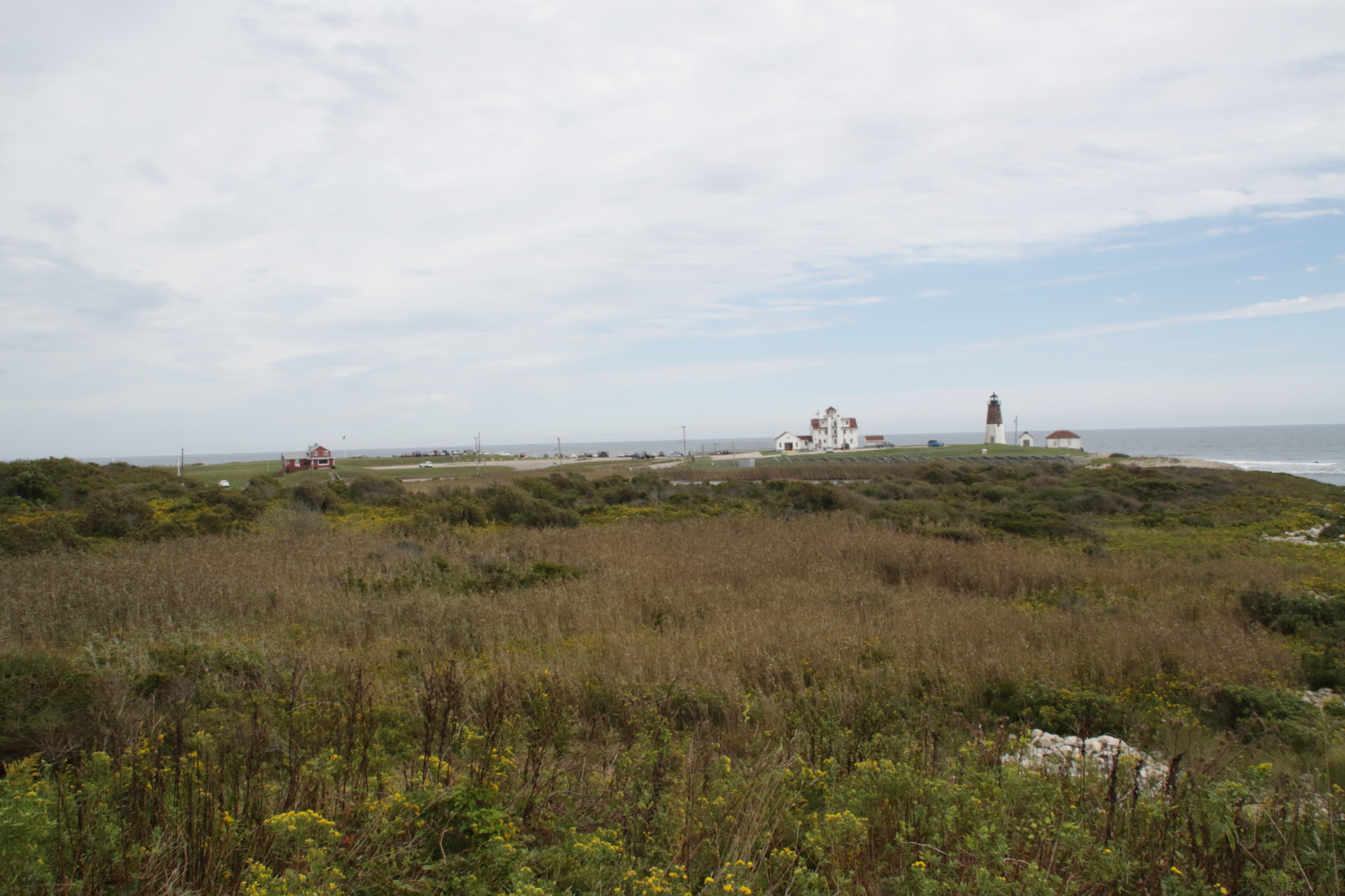 I zoomed in on the flag (sitting, but no tripod)...underexposed but I'm impressed it came out that sharp. 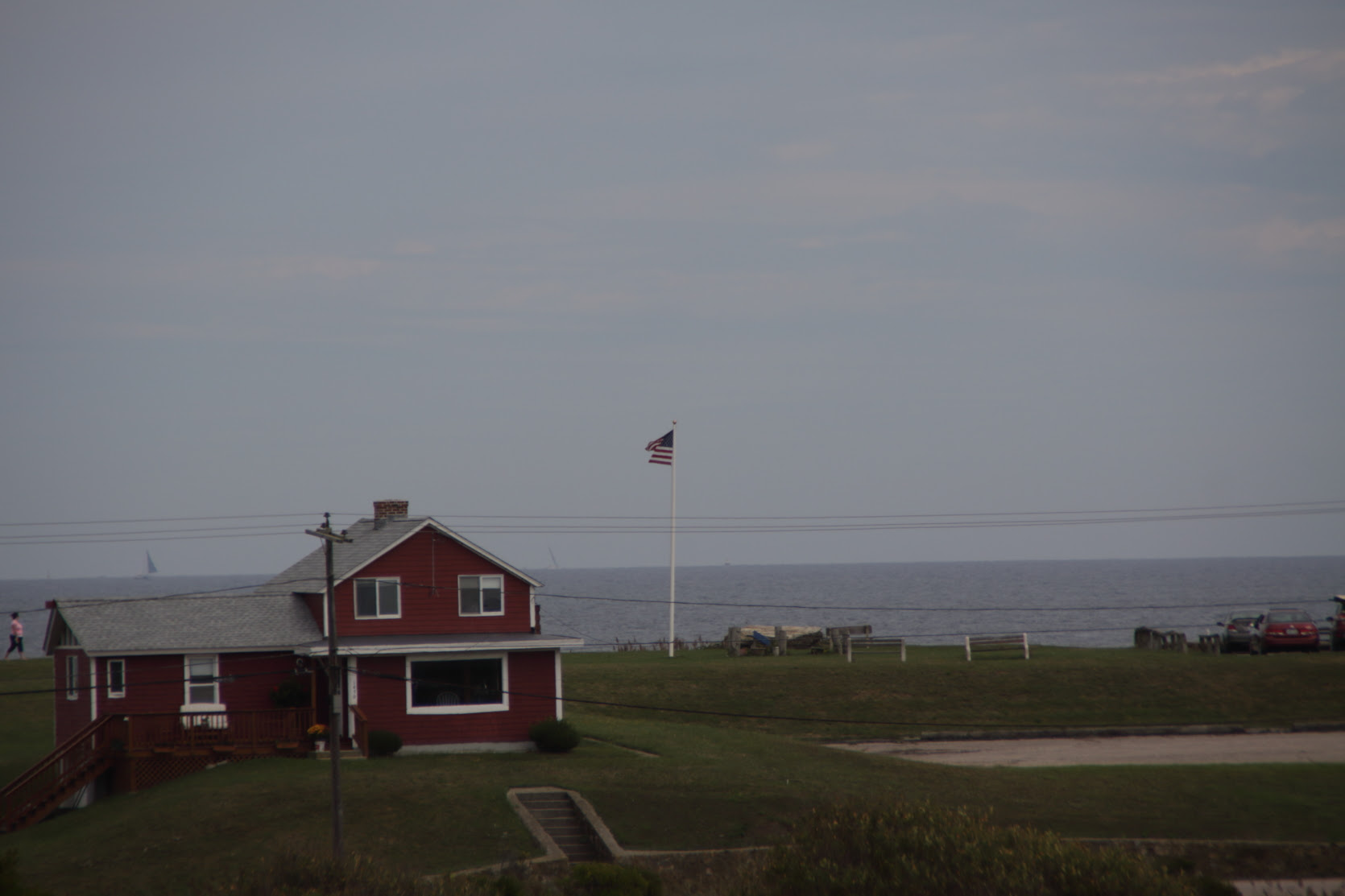 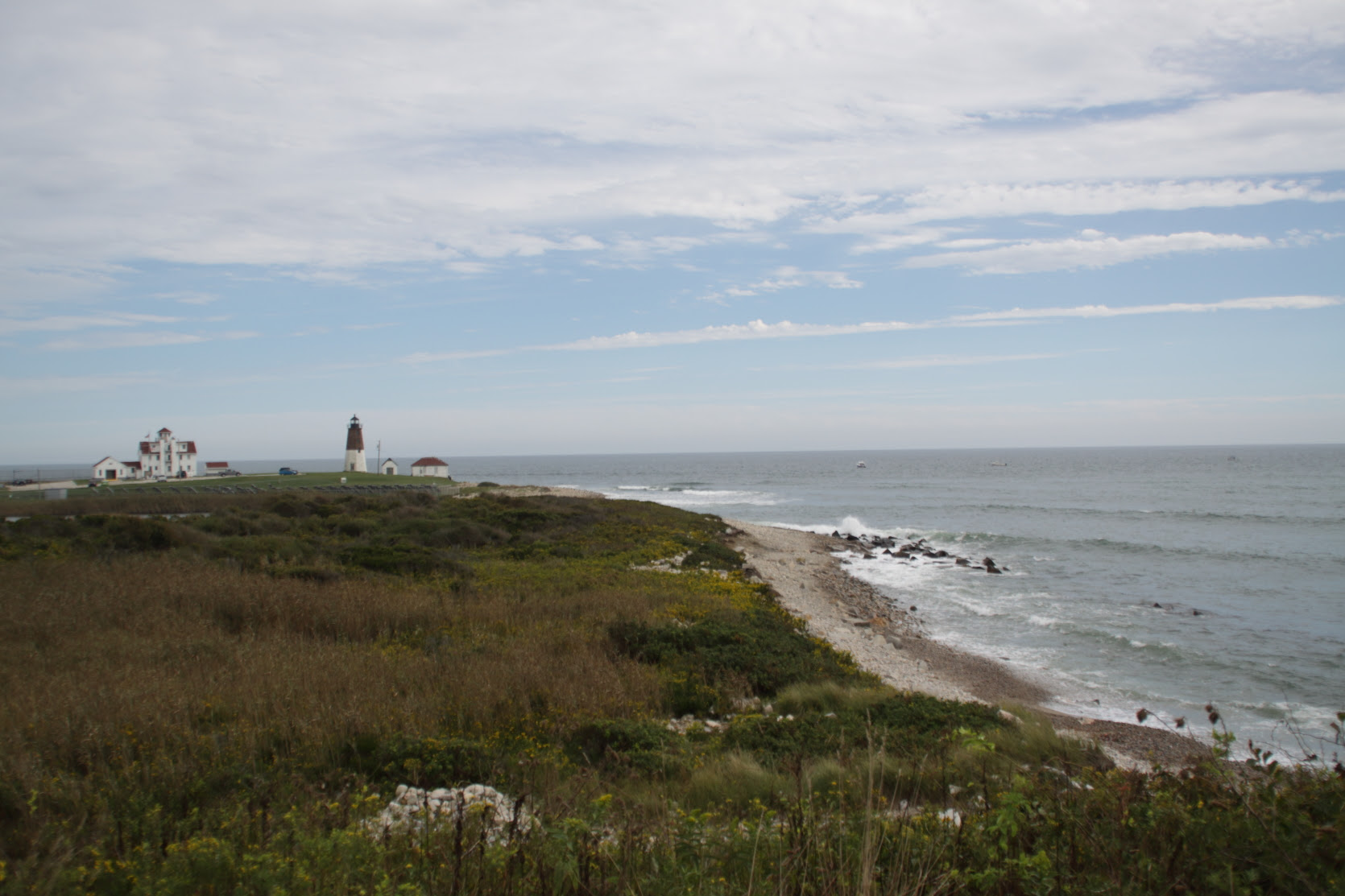 Off to Jerusalem and played around, amongst other things, with slightly shallow focus so not all the photo is in focus. 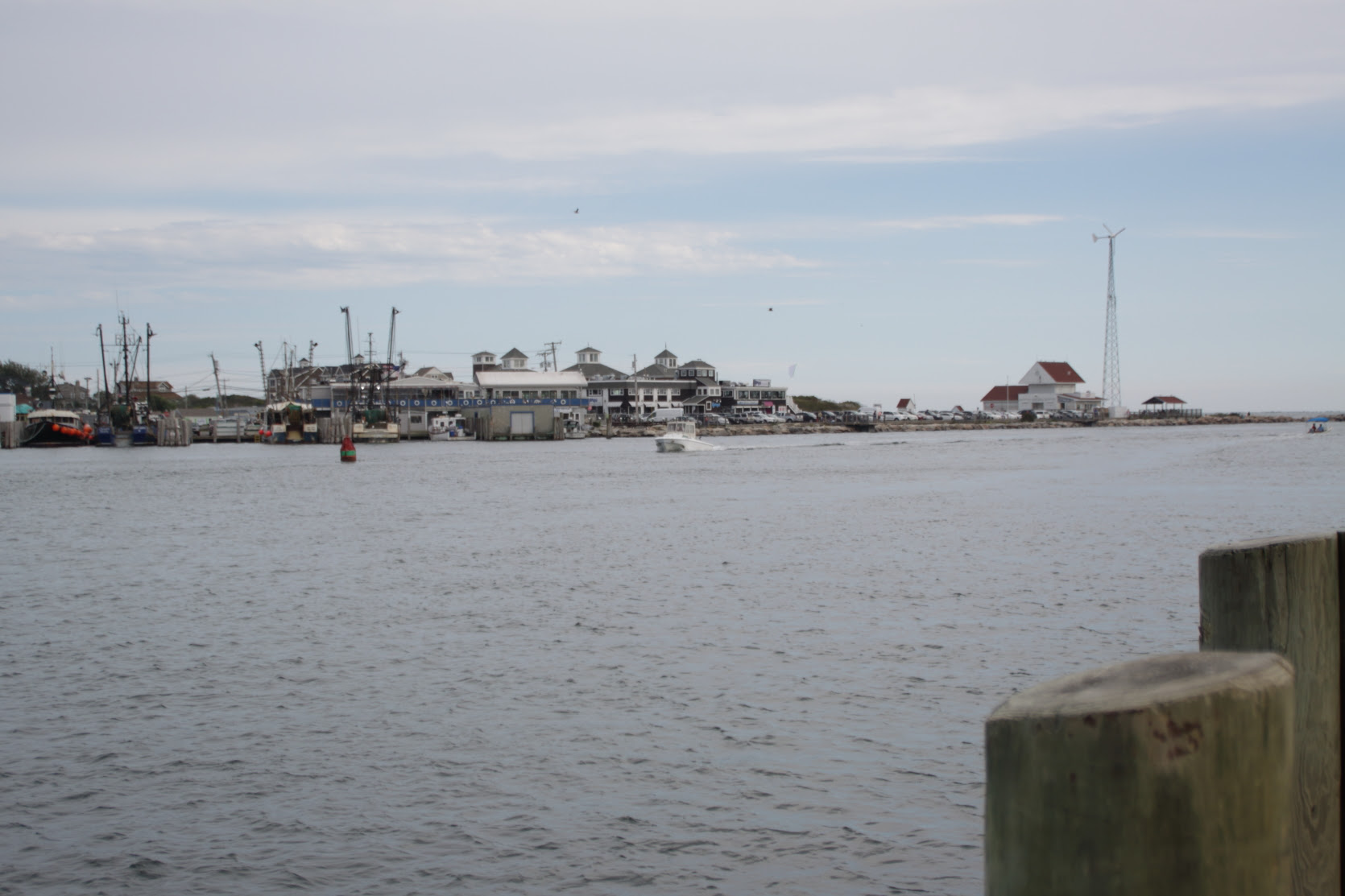