Saturday morning I was bright eyed and bushy tailed at 5:30am...so decided it would be a good day to finally go up to Brimfield early for a couple hours before starting on stuff at home. Just kind of gave me a taste of it, something I really would need to bring a little cart and spend the day to do it right.

I was far more tempted than I should have been at this giant yard rooster...and it was at a good price too. Good thing I wasn't sure it would fit in my truck. Fortunately it was gone on my way back to the card which ended any possibility of continued debate in my mind :D Never saw firefighter plates that had a year & member number on them before. Cool. 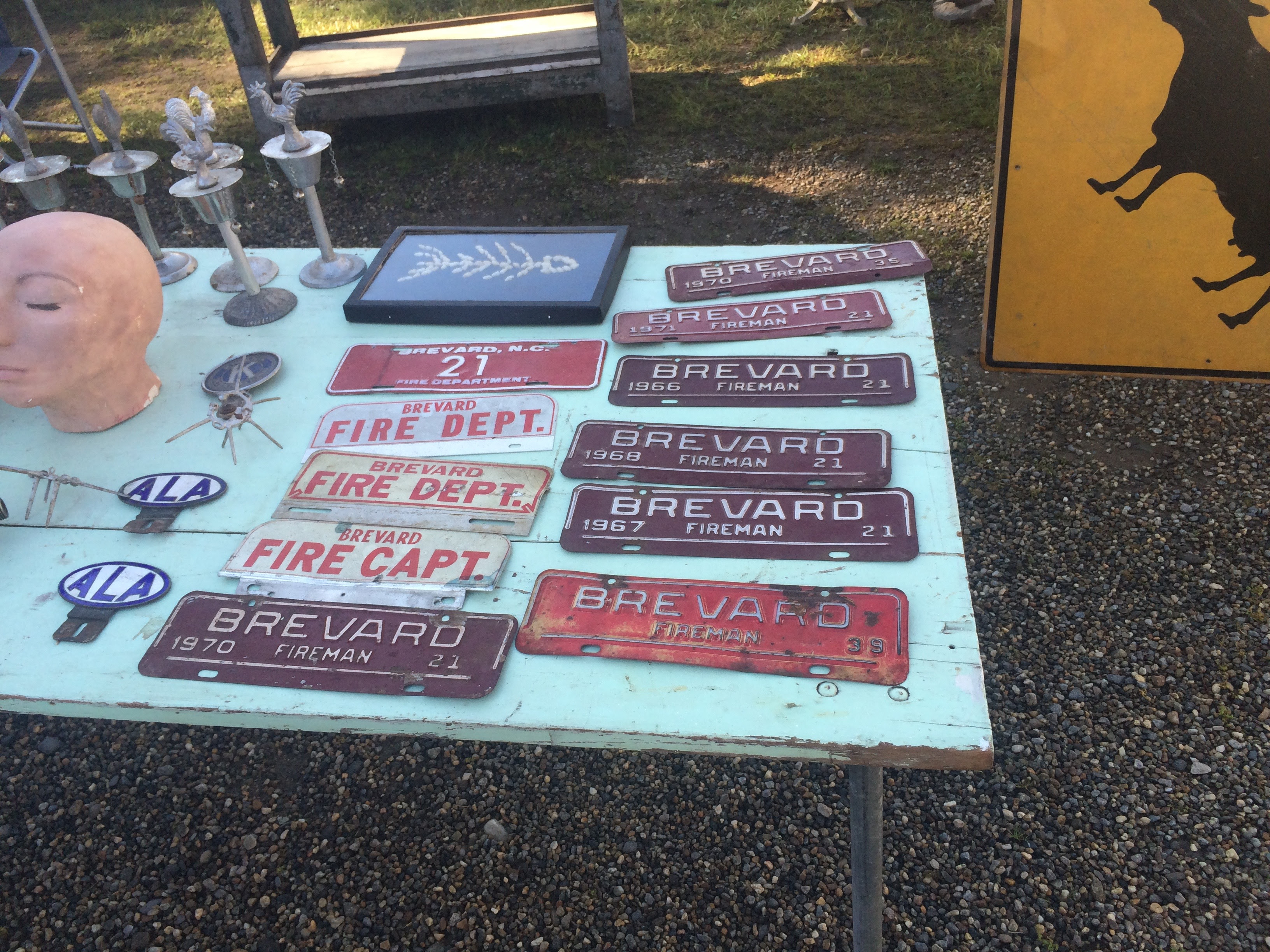 One of the few things that caught my eye of "Oh, that looks really cool"...really cool being a price tag of $4,500. Had the price had one fewer zeroes and then half of that I might have dickered. (Photo isn't the best; it was a paper mache ad for horse collars from 1903).